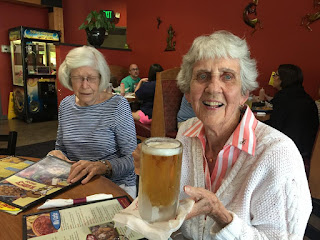 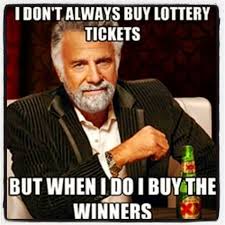 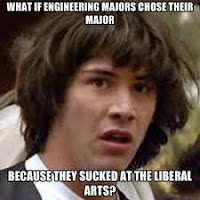 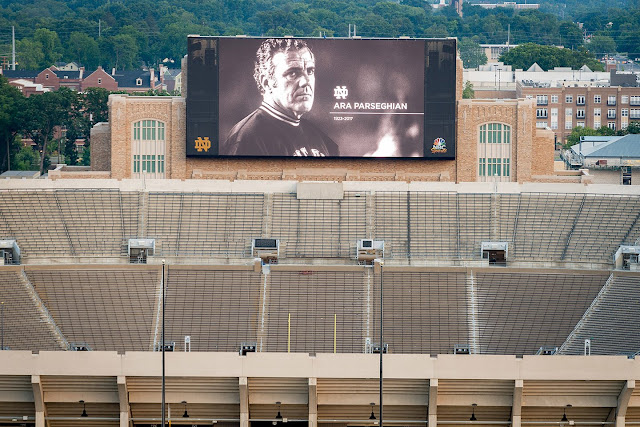 Cocktail of the Month
In light of the recent passing of coach Parseghian, the man arguably most responsible for most of our collective, lifelong ND football psychoses ("We love you! We hate you!"), let's start with a summer-y beverage that harkens back to (what we choose to believe were) 'the good ole days' seems not only appropriate but necessary. 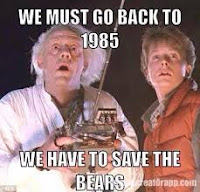 Not only 1985's top grossing film about what it would be like to date your own mother, Back To The Future was also 1985's top grossing film, period - skidding into multi-plexes everywhere with Oedipal overtones and teenage hormones.  Michael J. Fox gives a timeless performance as Marty, an era-hopping slacker whose whacky-haired sidekick (Christopher Lloyd in eccentric Einstein mode) inadvertently wraps him up in a Libyan terrorist mishap that sends him 30 years into the past. 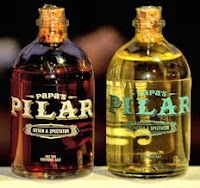 Rim a chilled cocktail glass in Tang powder and set aside.  Combine all the ingredients with ice in a shaker.  Shake well and double strain into the cocktail glass.  (Just don't drink and drive - especially not with daiquiri's and DeLoreans.) 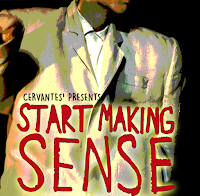 At any rate, since the last post, another critical corner was turned - this blogger's passing the 60 1/2 age mark which - rounded up (as one does) is 61!  Meaning... MEMOIR TIME!

With a working title of Start Making Sense! The Convoluted Cacophonies of a Wannabe Jerry, it felt like time to begin passing along the insightful bon mots of having lived a hardscrabble life, informed by growing up on the mean streets of Sparta, NJ and Davenport, IA. 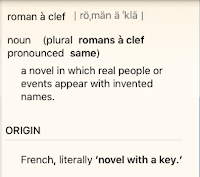 No tawdry tell all but rather a clever roman a clef that'll allow for insight and humor while still salvaging important careers.

If they haven't already been self-immolated.

Chapter 1, The Early Iowa Years, will focus on the importance of family and the powerful sibling bonding, all through the good natured teasing that every family experiences. Take, for example, these happy memories:

* "Dad says you have Asperger Syndrome..."

* "Mom and Dad harvested your kidney to pay for Tim's anger management therapy..."

Later chapters will tackle deeper, more philosophical topics - pondering both the unanswerable ("hot dogs and their buns - what's so complicated about selling them in the same multiple?") as well as cultural ("The Tao of Keanu Reeves, our generation's finest actor"). 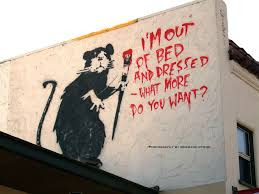 A remarkable display of apathy-meets-belligerence - that, after Season 2016, any ND football fan could embrace.


Or possibly, simply The Mantra of The Enlightened.


Like the recently retired Jerry Perez... he of the Cape Cod-hangin', screenplay writin', carefree 'The World Is My Chimichanga' new attitude...

Then again, he is an actual, living breathing action figure.  He can say - and do - whatever the f*** he wants.


How I Spent My Summer Vacation

As the philosopher Brittany Spears once proffered, oops, I did it again.  The Fair Lisa and I returned to Cape Cod for the second consecutive year to see if we could re-kindle the magical, Mid-Summer Night's Dream that was 'Cotuit 2016'.

More National Lampoon than Shakespeare, this year nonetheless proved to be an idyllic, nay wildly therapeutic, experience - having once again learned many things from the local sages including, but not limited to: 1) the words 'naked' and 'Thursday' (actually any day of the week) should never appear in the same sentence and 2) unless you're John Mayer, similarly never should the words 'body' and 'wonderland' be found in the same thought.

Diary, there are some things one simply cannot un-hear.  And the associated mental images... the horror, the horror.

That said, old friends, terrific food, great enjoyable golf and a few, strategic cocktails... just what the doctor ordered.  Thank you Albert / Diane and Jerry / Jane for the wonderful hospitality!

In lieu of being able to pass along pithy thoughts about the actual games - which'll, sadly, come soon enough, recruiting is something one can follow in the off season and seemingly measure performance - allowing ND Nation, year round, the same white hot contempt that it holds for Brian Kelly during autumn!

My fast, mid-cycle summary:
The End.


Time to start going into "put up or shut up' mode. And since I don't see any of you even grasping the concept of the latter - consider yourselves now on the clock.

I know you're tired and you ain't sleeping well
Uninspired and likely mad as hell
But wherever you are I hope the high road leads you home again -
To a world you want to live in.

It is, of course, my mission to preach the Gospel of Jason and I doubt he had the current state of ND football in mind when he wrote this song - but he could've.  Hope springs eternal.  There can't be more of them than us.

As much as I enjoy celebrating the doofus (see below), the past few months have been witness to many a strong example of behavior that should be toasted: 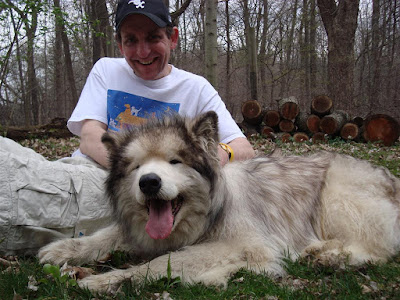 Let's start with Roger Federer, always the poster child of winning with class, comes off the 'too old to win' shelf to remind the world just who exactly is tennis' GOAT.

You go, girl!  (Kay "It's 5 o'clock Somewhere" Corrigan is clearly going to have to raise her game.)

The winner however - this is supposedly a sports-based blog after all - has to be Jordan Spieth.  Winning The British Open would probably qualify alone but how he did it - by playing Greg Normanian  golf for the first 13 holes of his final round, blowing a 3 shot lead, then suddenly turning into vintage Tiger for the last 5.  Who does that?!  At 23 years old.  Yowzer.

A final acknowledgement needs to go to a less obvious candidate, Xi Jinping, head of China's Communist party who, it was made public, has begun addressing the country's shameful human rights abuses by banning All Things Justin Bieber.

Hey, like the 50-lawyers-at-the-bottom-of-a-lake joke, it's a good start.

Now when you get to 9, things start to get lucky again.  Except in the SEC where numbers that high get tricky for their fanbases... (don't even get them started on subtraction).

But I digress.  How about trying this one on for size:  5-25. As in May 25th birthdays.  Once is notable, 2x is a coincidence, 3x is definitely not to be taken lightly... 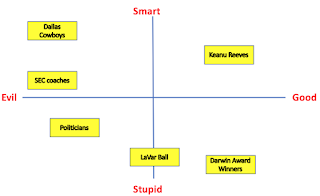 If one could harvest energy through stupidity, we'd have the world's most inexhaustible supply of power.

Of this I am sure - I can't even keep up the various sources!


Let's recap a few of the Summer's star performers...

"Against stupidity, the gods themselves contend in vain..."
Friedrich Schiller
Poet, Philosopher & Playwright