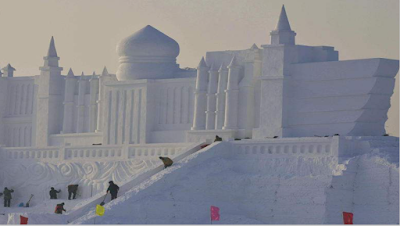 Mary, Queen of Scots - the family's Lone Survivor chicken, has decamped to the more temperate climes of the barn. (Last stall on the right.)


Meanwhile, the fair Lisa wings her way home as I finalize this - having just concluded her 5th Sundance Film Festival plunge, to volunteer / binge-watch movies for two weeks.

And me?  I'm hanging with Devon, the cat.  And a Special Ops team of single malts.  Watching golf and tennis ("Is Roger Federer tennis's Tom Brady? Or vice versa. Discuss."), waiting for Spring. Four months and counting.

Tell me, where do the children play?

Well, we now know pretty conclusively the ND 'children' do not play in Miami.  But after January 1st's stalwart effort, the entire state of Florida can no longer be written off so quickly.  So there's that.

We also know that four of the Irish children won't be playing with ND anywhere again*.  At least not on our side of the field.  A fairly shocking turn of events that also gives one pause to think about the nature of youth, character and how appearances... even names... can be so deceiving.  Take for example:

And most recently, we don't know if the Michigan State children are going to be playing much of anything at some point in the future - after the ESPN exposé revealed widespread, what is the word... denial?  indifference?... to sexual assaults across their football and basketball programs, dating back years and implicating beloved head coaches as they both desperately try to turn the public conversation from "what did you know, coach?" to "let the healing begin..."

Good luck with that.

So, perhaps losing our esteemed Defensive Coordinator and Offensive Line coach isn't The Sign of The Apocalypse that much of ND fandom initially proclaimed.

Granted, it took a bit of Divine Intervention (and some phenomenally poor pass defense fundamentals) but... we won!  Woo hoo!

...until 5pm that evening when the Elko Betrayal is confirmed.  Ugh.

So, in tribute of the game and a January that, for the Irish, has not been without its share of southern melodrama.

Break out your tank tops! Based on Tennessee Williams' Pulitzer-winning play, Streetcar tells the steamy New Orleans story of one Blanche DuBois, a flighty, fading beauty whose unexpected arrival at her sister and brother-in-law's tiny apartment sets the stage for many a claustrophobic confrontation.

This was the first film to win three Academy Awards in the acting categories, including one for Vivien Leigh, whose manic performance proved prescient for her own late-life diagnosis of bi-polar disorder.

When your own last-minute houseguests arrive, offer up this Southern sidecar, which will have them running into the streets shouting for seconds (and maybe a second chance). 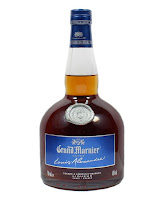 Set aside your beer (sorry, your Stelllllaaaaahhhh) and combine all the ingredients with ice in a shaker.  Shake well, strain into a cocktail glass and garnish with the orange twist.


Quote(s) of the Week

"What biblical sorcery have you cast on the LSU kicker?"

"You can't negotiate with a tiger when your head is in its mouth..."

Charles Barkley,
When asked if Philadelphia fans were the worst in the world

Three quotes, united only in their awesomeness - 2018 is going to be a great year.


...especially with almost a month past, none of this is especially revelatory but still some things to ponder for the next eight months:

1.   Watched Wisconsin - the football program that I wish we were - spank Miami... IN MIAMI... with an Ian Book-type QB and a ton of 3-stars who just play assignment-sure defense.
It can be done.

2.  "From God's lips to Kelly's ears..."
For those of you - and we've all been there - who've bitched about virtually every ND coaching staff's inability to make halftime adjustments, can we give Kelly a little credit for having the balls to switch QB's?

3.  Someone please tell me why we can't find 6-8 carries a game for Dexter Williams?

4.  If ever a program needed an early recruiting signing period, it was ND this year. Whew.


5.  And don't even be asking what I thought when we hired Jeff Quinn...

6.  And then kicking four guys (and half the backfield depth) off the team.

7.  But then, as happens... the pendulum swings back:
7.   Can we have even a nano-second of empathy for the state of Louisiana for this month? 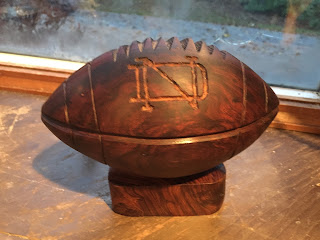 One last look at everyone's predictions...

Typically, this section is a fairly innocuous punk, reserved for the knuckleheads of (mostly) the sports world - those clowns who are either preternaturally entitled, self-absorbed and / or just dumber than a box o' rocks (see Kevin "4 Arrests Are A Charm" Stepherson).

But they're not evil.   Well, this post's edition represents the clear Exception To The Rule. 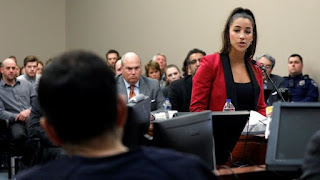 1.  Larry Nassar.   One so rarely gets to call someone a monster and have it genuinely apply.  So, Dr. Nassar, no words to react to the magnitude of the depravity.

One wonders what's the over/under for how long you survive in prison?

One other tangential thought:  I can't even imagine how those Olympic athletes were able to keep it together - and compete at the highest level in the world - during all of this.  Just, wow.


2. Michigan State.  A couple things jump to mind:  1) Many of us have friends and / or loved ones with ties to the school, so it gives me no joy to call MSU out.   2) I'm also 100% positive that they're not alone in national universities' systemic malfeasance toward sexual assaults.  I'd imagine a lot of schools are reviewing their protocols.

And 3)  How is this not the very definition of 'lack of institutional control' taken to its most horrific scenario?

Behind four walls of stone, the rich man sleeps.
It's time we put the flame torch to their keep...

We are sailing to Philadelphia... 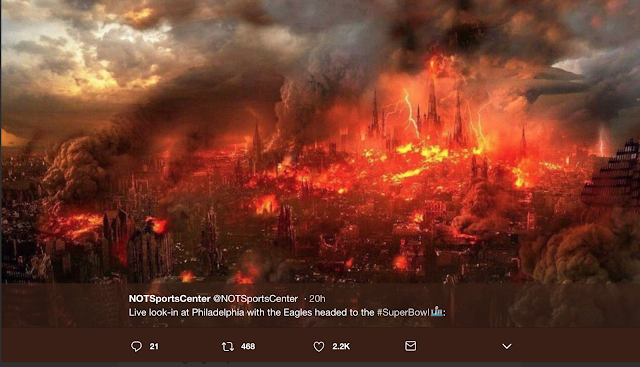