8pm Saturday night, standing in the darkness of 'A' Lot.  Wet.  Not the first time.

The week had been an emotional roller coaster, starting with the annual announcement of the Nobel Prizes.  My ground-breaking treatise, The Power of Positive Hating, passed over once again in obvious deference to a bunch of Emerging Market hacks. (Hello, the Chinese aren't even real Communists anymore - they just pretend to be for the award season.)

More worrisome, the annual rejection letters from Norway are getting increasingly strident. Whereas I used to get consolation through "we beg to differ" language, now I receive expressions like 'cease and desist' and 'restraining order' and 'full force of the law'. Hurtful things. Mean-spirited.

And I am only human.  If you cut me, do I not bleed?  If you give me too much to drink, do I not babble?  If you feed me burritos, do I not break wind?

And yet, I stood there in the rain, Budweiser in hand, thoroughly delighted with the chaotic ending to the game and the week:  Life had achieved it's inevitable Cosmic Balance while demonstrating a sly sense of humor at the same time. After all, the last time Game Day was on campus (for the USC 'Bush Push' debacle), an even more controversial ending was delivered. And I didn't see anyone outside of South Bend spending very long on the notion that ND "really" won that one.

So Stanford, get over it. By Saturday, no one else will care how 'you was robbed' (by your own PAC-12 refs, I might add).  But if it takes you until January, that's cool too. I'm sure you'll figure out a way to make wallowing into a recognized sport and earn valuable Sears Directors Cup points. You're clever that way.

How did I get here?

If This Week's Game Were A Movie Poster, It'd Be... Aliens 3

"The Bitch Is Back" 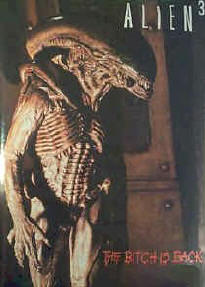 Last week we asked, not rhetorically, how many data points make a trend?  Six does it for me now.  Every week this year, this team wins and someone makes an excuse about the opponent and says "next week will be tougher."  And every week, the team - and in particularly the defense - takes care of business. What made this week especially awesome was the attitude with which they did so.  Against a team that's basically bullied them the past several years, they said 'not this time'.

And have a nice, long flight home.

Our defense?  I'm a believer!  They'll certainly have a tough outing sooner or later but they are just so fundamentally sound.  And unlike pt. 2, consistently sound strategically.

Will wonders never cease - ND Stadium can get loud!  Maybe they just needed something to scream about.

"I hate OT," so sayeth Sully.  You'll get no argument here.

We lose the coin toss but get to choose the end of the field we want to play. The students' end. Well that worked out nicely.

Troy Niklas beaten like a rented mule for the 4th time by my count. Haven't the coaches been paying attention?

With the game in doubt, reinforcements are called in - 'Obi Wan Behrens, you're our only hope... we need you in the tent with us.'

...while 'A' Lot's Madame Defarge does her thing.
2nd Quarter

Tents are up, rain is comin' down, the dogs are grillin' and Peter's revolting-yet-awesome vodka / pickle / pepper concoction is in abundance for Bloody Mary time.  All is right in the world.

Birthday greetings for our young Theo! 5-5! You are Da Man.

Talking Ungie into watching the game with us from The Morris Inn tent.  That took... 10 seconds.

Synonyms:  avoid, dodge, duck, elude, escape, evade, finesse, get around, scape, shake, shirk, shuffle (out of), shun, weasel (out of)

Used in a sentence...  Young Terry eschewed the several generous offers of tickets to the big game, opting for the dry, warm and Guinness-friendly environs of The Morris Inn tent.


Song of the Week
Game Day's Vince Vaughan's first credited film... "drinkin' brew for breakfast"... the defense being all rude, 'n reckless.  There can only be one choice...

How you get a rude and a reckless?
Don't you be so crude and a feckless
You been drinking brew for breakfast
Rudie can't fail.

I know that my life make you nervous
But I tell you that I can't live in service
Like the doctor who was born for a purpose
Rudie can't fail.

I went to the market to realize my soul
‘cause what I need, I just don’t have.
First they curse then they press me til I hurt.
We say Rudie can’t fail. 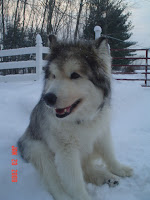 Not Mike Golic, Jr.  Clearly. Troy Niklas, I've no doubt you'll win in the future but I think we'd both agree that wasn't your finest hour, was it? And the way the Defense carries this team, it'd be tempting to pick almost anyone on that side, starting with Louis Nix III. (I can't wait until you have your own candy bar, I'll buy 'em by the gross for the tailgater...)  But in the most counter-intuitive way imaginable, I'm looking offense.  Big Time players show up and bail out their teams when they need it most.  So I'm looking at you, Tyler Eifert. 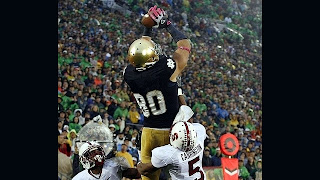 Huge TD catch, incredibly important (and valid) PI call on the game-tieing drive. And evidently, the only TE on the team who knows how to block.  Finally, it's no stretch to believe that TJ and Theo et al don't get nearly as open if the defense isn't constantly rotating to Eifert's location... As Ungie said during the game, "The NFL is going to love him."  Indeed.


Tool Time
Charlie Weis.  Going after your school newspaper for pointing out that your team is, in fact, road kill. Which they are. And nothing says "committed to winning now" like scheduling a practice and not inviting the seniors!  Shame on you. Too bad the stomach staple surgery of years past couldn't have removed some of your schematically advantaged ego as well.

David Shaw.   I'll overlook the way you brusquely flew by Kelly on the field after the game - very Harbaughesque by the way. "The student is now The Master."  But I would've thought you would've gotten it together by the time you were in front of the media.  Enough with the phantom whistles -  I hear voices in my head every day and you don't see me complaining.  And by the way, you're no Harbaugh, .  He would've play-actioned at least once in that final sequence (and probably scored.


Meet The Fickels.  In Ben Stiller's next film, he'll play a Columbus, OH pizza guy who, while taking a delivery order from the Ohio State Defensive Coordinator's wife, offers some off-hand, mild criticism about the tackling effort.  And gets fired for it.

Based on a true story, Ben plans a carefree spin on the story with Owen Wilson tentatively cast as the 'not the sharpest tool in the shed' Pizza Boy and Sandra Bullock / Josh Brolin as the vindictive (and equally dull-witted) pizza loving OSU couple.

Lance Armstrong.  You might cry, "Foul! Double indemnity... you can't be tried for the same crime twice, Ter!"  First of all, you can in Terry World. And secondly, with the recent revelations of just how totally up to his eyeballs Lance was leading... coercing... his ENTIRE TEAM to dope for, like, a DECADE... just to keep himself in the Winner's Circle... man, I just can't let it pass.

Week 6 and the game continues to spread happiness .

Kevin, Al, Randy - thanks for playing.  Me and Team 6 are right behind y'all.   Now we begin to play the 'whats left' game and recognize that with six to play, there's likely to be only two games where ND could be an underdog (whether Vegas recognizes them formally as such or not).

Recruiting.  Creative naming. This week's opponent.  My favorite things, all wrapped up in one. (Immense thanks to Raz for sending this my way.)  Watch to the very end.