February 2016: How Long Until March Madness?

"And now the sun's coming up
I'm riding with Lady Luck.
Freeways, cars and trucks.
Stars beginning to fade and I lead the parade.
Just a-wishing I'd stayed a little longer..."

Did anyone know this was written by Tom Waits?  Other than Raz, I mean?  And Volk.  And Gruley.  Awesome song - I hear it and still can't help but think about my personal ND finale - the day after the graduation party at our off campus house.

I recall pulling away from there late that Monday morning, car packed to the brim and looking back on the structure I'd called home for the last 10 months.  What I recall:

Windows shattered.  And not just one.  Easily an inch of beer covering pretty much the entire first floor.  A newly minted graduate of The University of Notre Dame du Lac with firecrackers on the porch roof, resolute in the intent on executing his final mission - Ungie, perhaps? - as an apoplectic landlord came up the walkway to survey the scene.

"You f***ed up, Ray, you trusted us," I heard someone say.  A monosyllabic response suggested he did not disagree.

This song wasn't playing as I pulled out of town.  But it should've been.

At any rate, RIP Glen Frey. I was always partial to your pre-Hotel California collaboration, before the band's "we're decadent rock stars who totally love living this completely awesome profligate lifestyle because, you know, we're rock stars and that's like Page One in the Rock Star Handbook but don't hate us because we're so darn self-aware of our Shakespearean flaws (if we may be so bold) that in fact we should probably be sympathized - personally we blame the nihilist SoCal culture that took a naive Motor City lad and turned him into... I mean what's the point of all this excess, really?  I'll tell you what's the point - The Groupies!  The Blow!  The Utter Lack of Any Accountability Whatsoever!  Haven't you been paying attention?" period.

Which preceded the "we don't like each other much - at all, really - in fact our attorneys speak to each other more than we do but we have taken notice of the lucrative reunion tour money machine that the Rolling Stones stumbled onto and there's NO FREAKING WAY we're leaving that much coin on the table hey baby needs new shoes! so hello, narcissistic brother Henley!  hello, batshit crazy brother Walsh!  hello, aren't you glad you bailed on Poco brother Schmidt!" period.

But I digress.  We're turning another page as Rock's glitterati drop like flies.  Bowie. Frey. Kantner.  So it goes.  And similarly, in a less... final... way, so it ever is with college football.  BMOC's today, gone tomorrow: 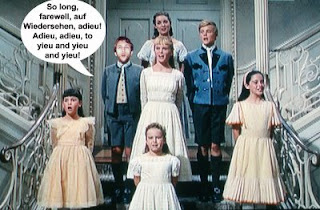 Auf wiedersehen, Jaylon!
Au revoir, Will!
Arrivederci, Sheldon!
Out with the old, in with the new.

Which brings us to recruiting...


Word of The Month

Used in a sentence:  Come every January, Young Terry found himself inexorably drawn to the vicissitudes of Notre Dame football recruiting's final month.  Inevitably so close, yet ultimately so... unfulfilling.  It was like the train wreck from which he couldn't look away.

"Eight more days and I can start telling the truth again..."

Sen. Chris Dodd, while on the campaign trail

You might ask yourself - did ND really finish with two 5-star and a 4-star recruit on the last day?  Did that really happen?  Well, no, actually it didn't. But the recruiting year was indeed still strong and if not spectacular, at least by ND standards, awfully good.

Once again, ND as football 'safety school'.  Ever the bridesmaid, never the bride.  After awhile that gets old, yes?  One of "the three great lies" joke needs to be amended to include 'Academics are a priority to me'.  Or at least footnoted, in ND's case, "the degree and alumni network are a priority - doing the work in between, um, not so much..."

I've been listening to a fair amount of Jackson Browne of late (thank you Lindonian) - I know what you're thinking - "step away from the ledge, Terry, and FOR GOD'S SAKE, put down the butter knife..." - fear not, I wasn't listening to The Pretender.  But one song in particular did strike me as apropos of our consistent 'close but no cigar' finishes in recruiting.

"Guess I might've known from the start she'd go for a star.
Well I told my imagination not to run too far.
Of all the times that I've been burned, by now you'd think I'd learned
That it's who look like, not who you are..." 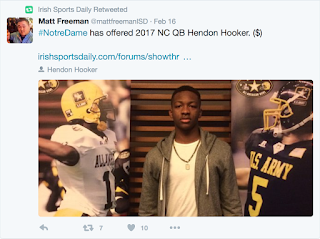 1. Carolina Panthers.   Maybe next year, or the year after, but I come from the school where I like to see The New Kids On The Block get smacked down before ascending right to the throne.  In any sport (sadly, I was late to the Jordan Spieth party because of this attitude).

So I was never gonna be a Panthers supporter.

Especially with their whole "We're not mean-spirited, we're different, we're millenialls! Get over it, we just like celebrating in your face every single time we do something positive..."  We're the new breed.

Well, breed this.  And celebrate your 4 turnovers and 3-15 third down conversions...

2. Duke.  Who didn't enjoy seeing their hoops team fall out of the Top 25 for the first time in, like, our post-college lifetimes?  And they wouldn't have snuck back in it this week if not for a) a blatant traveling non-call on the winning score and b) Roy Williams bothering to not even try coaching his team in their game vs. Duke.

3.  Kanye West.   Threatens to boycott this year's Grammy's if he doesn't win Best Album of The Year.

Ever the Renaissance Man, Jim has now captured Ethics-challenged award with his running off of how many recruits - I've lost count - two weeks before the national signing day.  Including one who'd been committed to UM for two years.

And don't get me started on his Spring Practice in Florida gambit... okay, that's kinda brilliant.  But he's still a tool.

2.  LeBron James.  "I know it was you, Fredo LeBron..."  Haven't the Jews suffered enough? But the real question is this: why deny it?

And by the way, the Cavs are 9-3 since the new guy took over so maybe coach Blatt wasn't wholly the issue...

3.  Cam Newton.  My daughter believes me to be a 'Cam-hater.'  And I suppose I am, if that is defined as "... a loather of millennials lacking in any humility or self-awareness, leading to a low character existence where Life is 'Superman Be Dabbing' when things go well but when Adversity Strikes, it's 'fetch my hoodie, get ready for sullen one word responses 'cause I'm proud I'm a poor loser...'

Well guess what, slick, 49 QB's had to face the music before you did and they managed to be professional in the face of profound disappointment.  Grow up.

4.  Peyton Manning.  I finally... for the only time in my life... actually root for you.  With your John Elway-Going-Out-On-Top Moment.  You were King of the World.  Until that unfortunate 20 year report surfaces of your personal Senior Men's Night Moment.  Except it wasn't junk on ice. It was junk in face.  As well as, apparently, trashing someone's promising career.  Could this be another Tom Brady-like witch hunt or something more... substantive. Uh oh, Lucy, you - and your father - got some esplainin' to do. 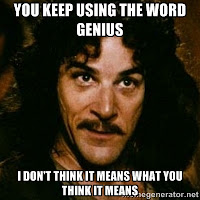 5.  Kanye West.  In this, entertainment awards month, a rare nominee, nay winner, in two categories.  The self-described genius declares he's $53M in debt.  Ouch.  Then goes about soliciting Mark Zuckerberg and Larry Page for a $1B Kanye Genius grant because, you know, they listen to his hip hop.

So how does he reach out to the Facebook billionaire founder? 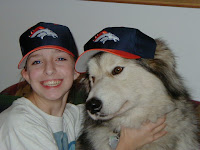 I am not the sharpest tool in the shed so I come to many conclusions slower than the rest of you... but this I now know:

Mike Brey is a damn good coach - and far and away the best guy ND Nation could ever expect to realistically attract for that position.

And if one disagrees, let's talk when Krzyzewski retires in 18 months due to health concerns and Duke comes calling'...  you popping champagne then? 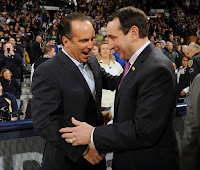 Feel free to dredge up past tournament failures but I try to live in the present and there's no argument (I think) that he's hit his stride now. He runs a clean program (hey, it's important to me), he recruits about well as can be expected with ND's limitations (e.g., students actually having to go to class, the administration's unfathomable slow-playing of improving facilities), his 9-1 record vs. coaches K / Williams / Izzo / Pitino over the last two years...  his players clearly love playing for him.

And now, NBA GM's are saying he love the way he plays an 'NBA ready' game...

And losing the mock turtlenecks?  Well, that's just icing on the cake. 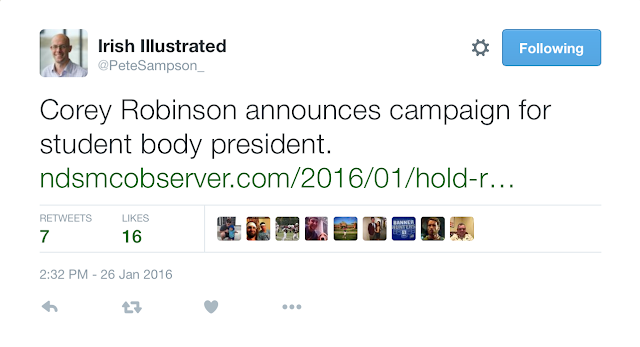 Gee, if there was only a former, politically savvy alumnus who could provide the lad some guidance...

Someone with the organizational skills, the charisma, the vision...

The proven track record of doing whatever it takes...

Okay so James Bond may have had a license to kill but 'market prescient' he was not... 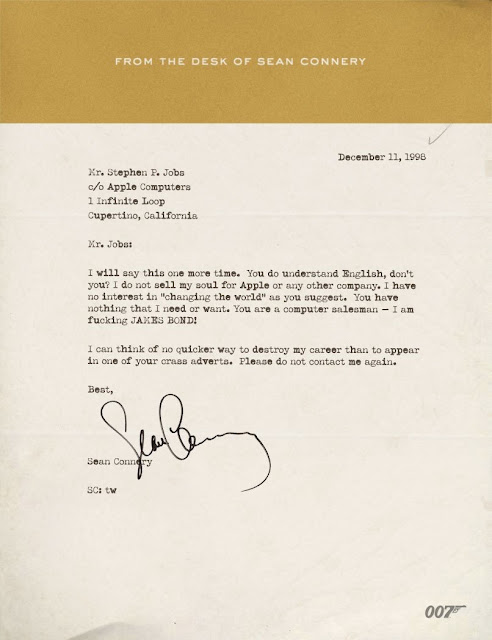