Pre-Bowl: Christmas Must Be Tonight 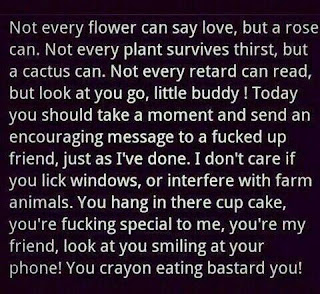 Merry Christmas!  Hope this finds everyone happy and healthy...

First off, the Musings From 'A' Lot management wish to proudly announce the promotion of Bob Rasmus to Assistant Director, Editorial Content, effective immediately.

After years of several unsolicited submissions and, frankly, an equally impressive number of rejections, Bob has proven that determination, grit and the occasional opportunistic invitation to the 1842 Club can result in significant career breakthroughs.  Fighting through profound cultural deficits - hello, 4 years in Dillon Hall - that few could overcome, he's repeatedly shown the ability to overcome adversity by proving that ideas matter, even if grammar and coherence do not.  Let's face it, he came to right organization.

Congratulations, Raz.  Your contributions continue to add important texture and insight to the blog (witness his Harbaugh and Army-Navy related videos below). But don't hoard those dark thoughts for just you and your therapist - the 'A' Lot readers need your contributions!   Especially when looking at the 2018 schedule.  But more on that later.


Allow for a brief (ha, as if) digression. 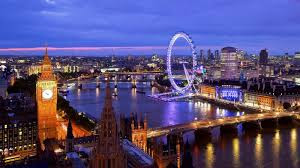 Bob and I share many points of commonality, some less obvious that others but one of which involves having been ex-pats in London around the same time in the early-to-mid 1990's.

Probably good we didn't know each other then.

At any rate, it was an especially joyous experience for the Corrigans and one of the many things that still stands out was how uniquely iconic the band Queen was in that country.  Freddie Mercury died about six months after we'd arrived and I recall it being a really big deal - that band was beloved. And yet, one never got the sense they resonated in the U.S. like they did in Blighty.

Their 1985 Live Aid performance, in particular, is still seen as a legendary, cultural moment in time - invest 6 minutes in the clip below.  (I'd recommend finding the much longer BBC documentary on how Bob Geldof moved heaven and earth to pull off the entire event, pretty incredible):

Someone still loves you...

Freddie was The Man.   But what's this got to do with anything?

That being said, at least one of their songs has a certain relevance to ND Nation's current state of mind.

I want it all
And I want it now.

By the way, coming (hopefully) to a theater near you a year from now, a Freddie Mercury / Queen biopic, "Bohemian Rhapsody." 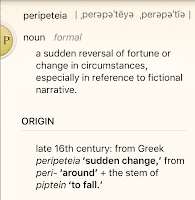 Used in a sentence:  The existential nightmare that Notre Dame football had become in 2016 demanded a peripeteia - some dramatic incident to salvage the precipitous decline of a once proud program.

And through the first two months of the 2017 season, Young Jerrence thought he was witnessing it.

"This is better than Rudy," he thought!

What he was not prepared for was the prospect of there being a second, peripeteia of the peripeteia.  U-Turn!
Didn't quite see that coming.

People occasionally ask, do you actually make these drinks?

The honest answer is this:  not as many as I'd like.

But this one has been a Christmas staple, albeit with a slightly different recipe, in the Corrigan household for decades...

A 1954 box office gift that keeps on giving, this festive film features the catchiest Christmas songs ever written by nice Jewish boy Irving Berlin. In White Christmas, two WWII-soldiers-turned-song-and-dance-men discover a sister act with whom they team up to help revive an old Vermont inn - that just so happens to be run by the gents' former general.


The movie features dazzling dancing and the formidable vocal chops of one Rosemary Clooney (George's aunt) opposite lead crooner Bing Crosby - who actually debuted the title song more than a decade earlier on his own radio show.


Get in the holiday spirits with a White Russian eggnog, that sure to make your days minty and bright.

Pour the vodka and crème de menthe over crushed ice in a rocks glass.  Combine the coffee liqueur and eggnog in a separate cup and, after untangling the Christmas tree lights, slowly add the eggnog mix to the rocks glass.  Garnish with crushed candy can pieces and start calling up your old troop. 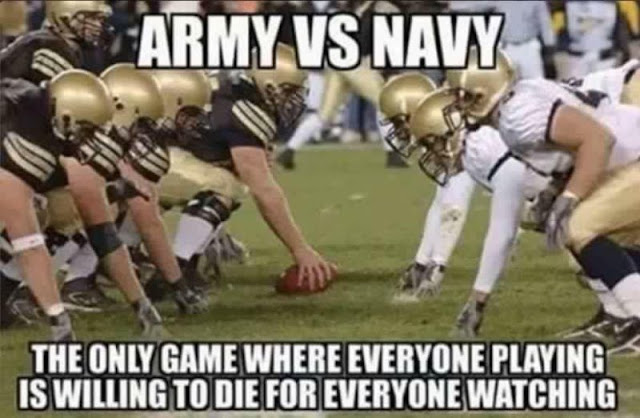 Check this out - another Rasmus find - and make sure you have a tissue when you do:

Typically, this time of year (post-November swoon), ND's recruiting begins its annual "failure to close" period.  It invariably involves the high priority guys who tend to wait and whom like the attention.

This year, however, there's reason to believe that may not be the case, for a few reasons:

a) The Early Signing Period, December 20-22. If nothing else, it'll nail down 90% of the so-called 'committed' and flush those who aren't.

b) The Turnaround Story.  Sure, we spit the bit in November but the numbers still say that 4-8 became 9-3.  You can be sure the staff is selling "we've got this figured out, wait until you see next year..."

c) Staff continuity. With all the other coaching changes going on, Kelly & Co. can say, "we're not going anywhere*."  Whether that's a good thing is open for discussion but to a 17-18 year old whom you've been talking to for a year, one would assume that's comforting to hear.

*for a few of the assistants, that may be only until early February.

The flip-side (and with recruiting, there's always a flip-side) is The Wimbush Factor.  Which is to say, at least for the WR's, is the guy who so publicly struggled for much of 2017 really who you want to hitch your wagon to?  Usually your QB is your recruiting Alpha, The Magnet.  This year, not so much. 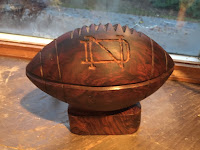 With last year's debacle, we've not had a wager 'run off' for two years, so let's re-visit the Rules of Engagement, starting with the select few who have advanced to bonus round.

No doubt filled with both self-loathing and confusion over how, exactly, did they back into this, they're also confronted with this reality:  $1,200 is going to somebody.  Why not me?

So congratulations, once again, to:

The tie-breaker will be similar to 2015, involving both major bowl game predictions involving the spread and the over/under - as well as a literary flair*.

What, you were told there'd be literacy?  We are all but 21st century Renaissance Practitioners, are we not?

*Blame the fair Lisa who's developed a recent, inexplicable obsession with Jeopardy...

One last look at Conference Championship week and the fallout from the final BCS playoff selection: 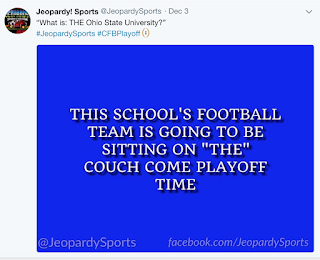 "But we won the vaunted Big 10 championship," Buckeye Nation says.

So sad if it wasn't so disturbing.

While you're dreaming of Kelly's head on a spike a year from now, one might wish to consider Savvy Jack Swarbrick's role - and scheduling - in the team's commitment to mediocrity.

Check out the team's travel schedule over the final 5 weeks of next season.  That's a tad over 10,000 miles of air travel.  So it's not like we're doing our coach any favors.

But maybe that's the idea. 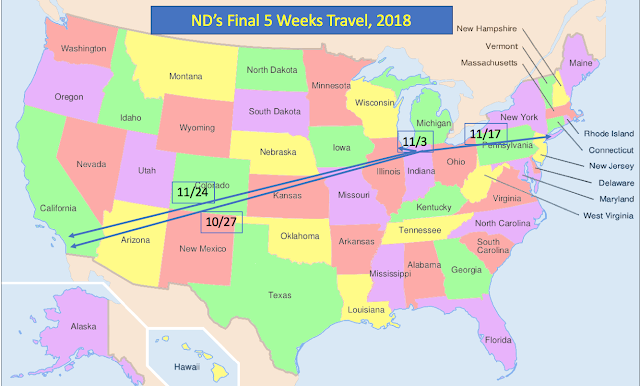 "We get the Christmas we deserve..."
(Something to think about, ND).