So I guess I must've been dreaming
When I thought I heard myself say no.

And anyway it looks like no one heard me
So here I go... 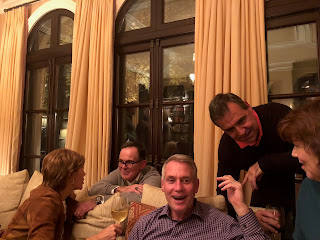 I'm not sure when I had the epiphany last Friday evening.  Was it when...


But now I know: reunions such as last Saturday occur but once a year for a reason.

Because I would die. 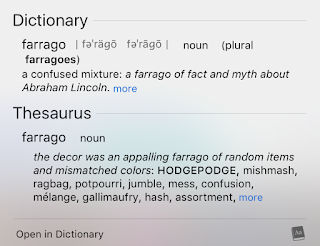 While watching another consistently mediocre performance from ND's offensive line (against a likely under-rated Northwestern defense), it begged the question for the young blogger:

What, exactly, were the root causes of this?

It seemed to Jerrence the answer lied in a farrago of factors: possibly overrated talent, less-than-top shelf coaching and weekly strategies of opposing defense's loading the box and daring our modestly experienced QB to beat them with his arm.

Which he has.  So suck on that, haters. 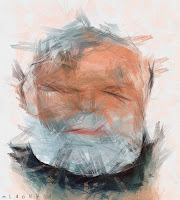 "It is good to have an end to journey toward - but it's the journey that matters in the end."

This won't be the only time I state this fact:  we're 9-0.  Enjoy it, ND Nation, despite your very best efforts to find fault with the success.

Which reminds me:  once again Las Vegas nailed it, a 10 pt. spread.   How do they do that?  And the better, more pertinent, question is this:  if that was the intelligent expectation, why all the weeping 'n wailing 'n gnashing of teeth by the fanbase? 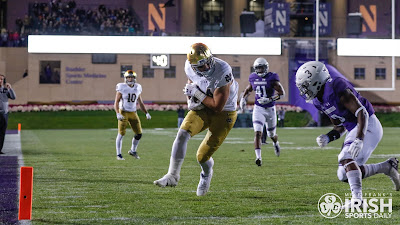 I think it's time to retire that "1st series give the ball to the other team" play.  It's just not working.

Okay, there's now fewer expressions that make me go full fetal position -  "the call is coming from inside the house!" being one of them - than hearing an announcer declare, "it's 4th and short. And Notre Dame is going for it..."

And can someone please teach Mustipher how to snap the ball?  (Or should that whinge be directed at the officiating clowns who a) saw none of the Wildcats' holding or b) the three (by my count) late, out of bounds hits on ND. 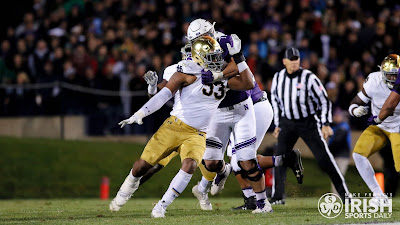 One has to remember that Ian Book has only had six starts.

It's therefore not surprising that opposing DC's are going to try hard to give him new looks that he simply hasn't seen - like the Northwestern DC did.

Gee, I just don't understand how our vaunted pass rush doesn't get to the QB when NW plays so cleanly.

Sarcasm aside, it is distressing that it seems to take them a full half to get into full attack mode.  By design?

About our tackling:  I pine for having some guys that when they hit you, they drop you.   We hit. And then get carried for 2-3 more yards.


Oh why why why is it so hard? 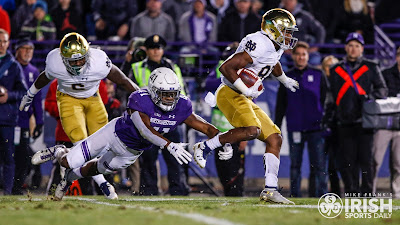 One thing that Book does that deserves more recognition:  he spreads the ball around - Boykin is clearly his go-to but Finke / Claypool / Armstrong / TE's and now Michael Young.

I hate to be overly critical - I'm a glass half-full kinda guy - but... our Special Teams are only special if you use the Jerry Lewis telethon definition of 'special.'

Our kickoff specialist ("you've got ONE job") is good for one OB kick per game. What's the odds of FSU returning a kickoff for a TD this weekend (Ans. higher than you'd like to admit). Mullet Man's punting hasn't been the flip-the-field rockets we were getting in the beginning of the year.  Punt protection - really?!

Should Polian be worried about his job?  Short of flipping some 5-star recruit, you'd have to wonder.  His units are not a very clever bunch. 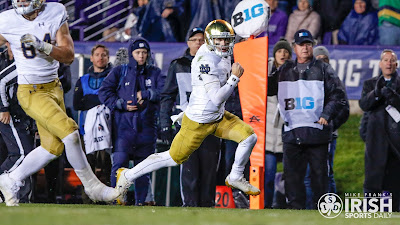 A lot has been made about Ian Book's 'bounce back' 2nd half - it did look like Northwestern's DC had him a bit confused in the 2nd quarter.

But how about a little love for coach Long's call on that 3rd and 4 to seal the game?

That's the second time this season they've pulled out the exact perfect play to close out a game.  Which is two more times than I can remember during the Kelly Era.

Back to #3 in the first BCS Poll, which is where we probably will (and should) remain.

As for this rubbish about Michigan jumping us, please Committee, let's not let the facts get in the way of a good story: 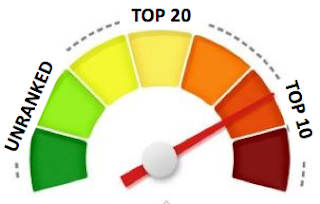 Up to now, eight weeks of football.

And eight different award winners, some of them not even Domers. (Consciously trying to spread the wealth here!)

Recall my grand proclamation in Week 1 that 'we don't win without Wimbush?' (and I stand by that).  Well, I think it's safe to say the same would be true a few times over the past weeks - if one inserted Ian Book in that statement.  And last week maybe even more so.  The kid, not perfect, is just so clutch - a gamer. 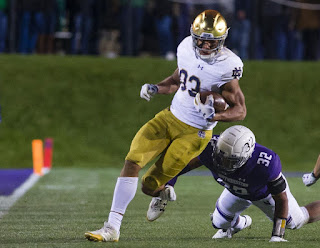 Still, we're calling out someone else yet again, Chase Claypool.

For a guy who's been more associated with the 'potential coach killer' label more than 'star,' talent has never been the issue.

It would appear - and just at the right time - that his head (attitude?) has finally caught up with his ability.

8 receptions, 130 yards with much of that yardage after contact.

Most of us are old enough remember that kind of record got you a national championship.

But we are one wager group closer to finality.

And as a part of the next group facing elimination, I would like nothing better than that to come at the hands of a resounding win over FSU.

Things are starting to shake out in the BCS Playoff race - and pretty nicely, one would think, for ND - as long as they can win out.  Basically, almost no shot for two of the Power 5 Conferences:  the Pac-12 and Big 12.

I don't know if the Committee is anti-ND but I'm pretty sure they're very pro-Power 5 Conference.  Hence my nightmare scenario: Michigan wins out, beats tOSU comfortably, smokes Northwestern in the conference championship - and jumps ND in the playoff ranking.  Be

We gotta start stepping on some throats. And it'd be nice if we started by hanging a 50-spot on the 'Noles. 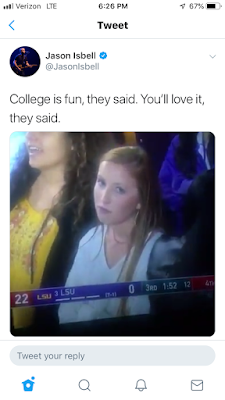 1.   LSU.   I don't actually harbor that much ill will toward the Tigers, they were Wayne Berger's team after all - maybe a tad, I still haven't gotten over that 1971 game - but, hey, this is just business.  As much as I really, really want to make the BCS Playoffs, almost equally do I not want to draw Alabama in the 1st game.  So you had to go down.


2.  The State of Florida.  A fun fact to share with friends / impress strangers at cocktail parties:

Last Saturday was the first time ever that Miami, Florida State and Florida all lost on the same weekend two weeks in a row!

3.  Texas A&M.   Have I sufficiently demonstrated my impressive pettiness yet?  No?  Good.  Allow me to express my glee over the Jimbo - Elko partnership gagging! (14 unanswered points in the 4th Quarter to lose?  Ouch.)

How much is the school paying for that 5-4 record?

The challenge with this particular section has always been distinguishing the mostly benign douche from the truly frightening one - did everyone see that Rae Carruth was released from prison a week or so ago?

And while this week's acknowledgements are minimal - hey, I don't have a police scanner - thanks to www.collegefootballtalk.com, we now have the über-popular "_ Days Without An Arrest" feature back.  God knows,  if 'content is king' misbehavior by athletes represent a life source.  And sadly, an awful lot of them are domestic abuse situations.

1. NCAA.    There's a number of professions that one observes where one might ask, 'how is that even a job?' followed by 'how do I get a job like that?' I'd like to say the NCAA would be an organization so categorized - 30 years ago, maybe - but now it's become worse than a joke.


Its relentless pursuit of lowering the bar... from being merely the delicious alchemy of  incompetence and dysfunctional to proactive, systemic elimination of any entertainment value from college athletics.  Breathtaking.

Check out this article - about the NCAA weighing a ban on one of the ballsiest punt returns you've ever seen - even if it doesn't come to pass, the fact that you know the NCAA is actually discussing it, makes it tool-worthy.

2.  Kemari Averett.   A Louisville TE who was arrested for threatening to kill his girlfriend after already being arrested for a sexual assault on a different woman.


I'd like to say, flippantly, 'that's not easy to pull off' but in reality, I'm sure it actually is. 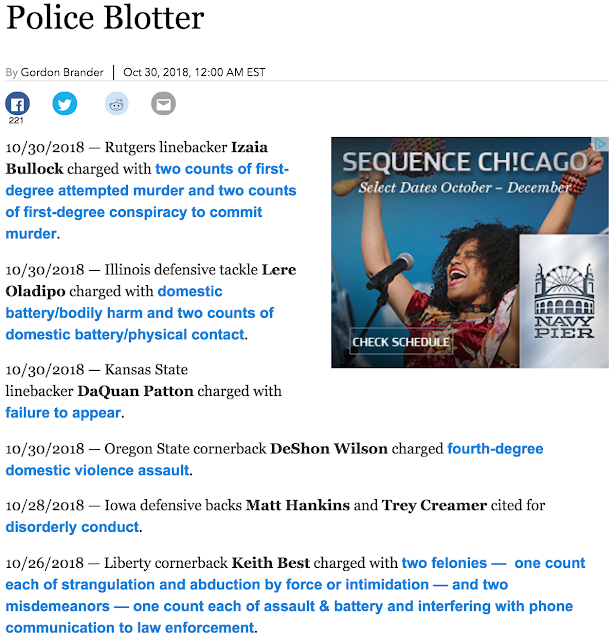 Who doesn't like a Coen Brother movie?  Riveting, if often idiosyncratic, plot lines.  Almost always lacing dark humor that underscores a violence and brutality... dimenionalizing the very Duality of Man. You find yourself muttering:

Sounds a lot like the emotions that ND football provokes.

Call the sheriff the next time you stumble on $2 million, lest you find yourself chased by a money hungry hit man who flips coins to decide who lives. Such is the premise behind the Coen brothers' mega-violent but gorgeously shot film - packed with hotel hideouts, laconic lawmen and truly questionable haircuts.

A slow-starter at the box office, these old men eventually ran off with Oscar gold, nabbing four top awards in a year that counted There Will Be Blood among its cold-hearted contenders. Our smoky Tex-Mex take on an old standby is finished off with a bitter(s) bite that'll have you begging - for another.


Pour the mezcal, agave and bitters into a mixing glass. Fill with ice and stir well. Strain into a rocks glass over fresh ice, garnish with the grapefruit twist - and run for your life snake.

Hope everyone voted this week!