This week marks Madame Defarge and my 36th year of shared connubial bliss.  One is reminded, particularly after Saturday's game, of the array of choices one makes in one's life - big and small, good and bad.

You will marry me?  Really?!

I really don't need that scotch the size of my head, Bob, but what the hell why not, when in Rome...

Obviously some of those decisions work out better than others.  Yet one can only hope, for all of us, that each choice ultimately represents a learning opportunity going forward.

For ND Football, after 5 games, the jury still seems out on whether that is actually yet the case.

"If a man speaks in the forest where no woman can hear him...
Is he still wrong?"
Anonymous 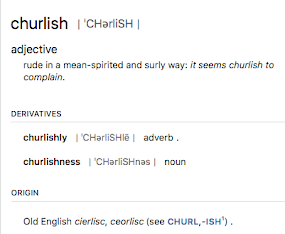 Used in a sentence paragraph:  On Jerrence's drive home from the football game, his mind began to think about the inevitable blow back coach Kelly was going to receive.  By anyone's standards, especially his own, he and the team had acquitted themselves quite poorly:  Cincinnati was not the better team but ND clearly played down, actually below, to them today.
With that level of justification, he knew the Kelly haters would surely be coming out of the woodwork, more churlish and with greater vitriol than ever.  Like nuclear cockroaches.  It'd be "Christmas Comes Early for the Pinheads."
Yet, while listening to The Athletic's post-game analysis between Pete Sampson and Matt Fortuna, Jerrence was struck by their equivocation on what it might take to fix ND's problems.  These guys were around the program virtually every day - and had been for several years - they knew the inner workings of both the staff and players.  Yet they proffered no sweeping, grandiose solutions.  They were baffled and admitted as much.
Unlike the ND Message Boards.  Who, having no shortage of  armchair experts, were confidently stating exactly how to rectify things.  Starting, apparently, with the head coach's firing.
So predictable, so banal. He wondered if any of them had ever been burdened by weight of having even a singular original thought.  Almost certainly not.

Walking in the dark
Everything is fine...

Actually, everything is not fine.   Five games into the season, enough time has passed for this blogger to begin to speak in terms of Season 2021 absolutes:

2)  If you don't trust Buchner to throw the ball, don't play him. It's not like you're doing anything for his confidence.

3)  Give Joe Alt a shot.  The performance cannot possibly be any worse.

5)  Kevin Austin and Jon Doerer are, basically, weekly rolls of the dice.  Like Forrest's box of chocolates... which, like those chocolates with the awful fruit centers, is not a good thing.

6) Might it be time to give the freshmen WR's a shot?

7)  The defense is pretty good. But what's most distressing is their consistent ability to give up the big drive when they actually need a stop the most.

8)   Thankfully, the Stayer tailgates do not have that problem with consistency.

At this point, who knows. 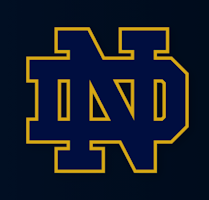 As a rule, I'm not a 'glass half empty' kind of guy.  More like a 'hey, my glass is half empty and that's unacceptable - bartender!'
So when one ponders the original three questions surrounding the team - defense, O-line and QB - and realizing that almost halfway through the season, 2/3 (at best) of those topics remain open question marks, well... bugger.
Still, this week's mailbag which continues to hit on those questions finds Mr. Sampson at his moist feisty and I'm here for it!
This week's sample is tangential to one of those questions and something I've mused over for a few years.  To wit, having grown up in an era where ND QB's were de facto Heisman candidates (Huarte, Theisman, Clements, not to mention the legend of Joe Montana) -  where QB on that team is one of the highest profile positions in the country - how can ND ever struggle with elite play at that position?

What is it with Brian Kelly and figuring out the quarterback position? From the start of the Kelly tenure, other than the Ian Book years (which you could argue that Kelly lucked into), the QB position has been marked by an inability to pick the right guy and an even more pronounced inability to DEVELOP talent.

I think you’ve got this backward, Andrew.

The whole complaint about Kelly failing to develop talent hasn’t quite added up for me, not after DeShone Kizer went from lost freshman to second-round pick in two years, not after Ian Book went from three-star prospect to all-time winningest Irish quarterback, two-time College Football Playoff signal caller and fourth-round pick. If that’s not developing talent, what is, exactly? Hell, Notre Dame went to the BCS National Championship Game rotating a couple of three-star prospects, one who drove the coaching staff to the verge of insanity and the other who was so physically limited that a quarterback sneak felt like a trick play. It’s worth looking back at what happened to the quarterbacks Kelly didn’t develop after they left: Dayne Crist, Andrew Hendrix, Everett Golson, Malik Zaire, Brandon Wimbush, Gunner Kiel, Phil Jurkovec.

From that group, Hendrix had a nice career at Miami (Ohio) and Jurkovec seems like a future NFL prospect at Boston College, even though he’s sidelined for this season. The rest? Golson (Florida State), Zaire (Florida), Wimbush (UCF), Kiel (Cincinnati) and Crist (Kansas) never did much at their next stops. So did those other coaches also fail to develop them? Or maybe what we’re missing here is the fact we’re not talking about a batch of elite quarterbacks with College Football Playoff-level potential.

If there’s a complaint about Notre Dame’s quarterback track record under Kelly, it’s a question of recruiting evaluation, not a question of player development. Notre Dame has had enough good quarterback play in the past six years to believe in Kelly as somebody who can get a lot out of the talent on hand. But look at some of the early quarterback offers at Notre Dame: Brandon Dawkins, Matt Alviti, Malik Henry, Hunter Johnson, Jack Beneventi, Jarrett Guarantano, Shea Patterson, Hendon Hooker, etc. Some were five-stars coming out of high school. Some were three-stars. So many of them amounted to very little in college. Can Pat Fitzgerald not develop quarterbacks? Jim Harbaugh? Jimbo Fisher? At some point, you question the incoming material more than the guy doing the development.

But that gets the discussion to Tommy Rees since he took over the evaluation of quarterbacks and the offense itself. In the 2018 class, Notre Dame offered Jurkovec, JT Daniels and Tanner McKee. Good evaluations. All three are Power 5 starters this year. In the 2019 class, the offers were Spencer Rattler, Graham Mertz, Dylan Morris, Cade McNamara, Paul Tyson, Brendon Clark, Bo Nix, Max Duggan, John Rhys Plumlee. Six of those quarterbacks are starting at Power 5 schools. A year later, Notre Dame only offered Drew Pyne. It’s too soon to know if casting that small a net will prove to be a mistake. And the year after that, the Irish went with Tyler Buchner early. Again, too soon to know if that evaluation will prove correct, but early returns are promising.

My point is that Notre Dame fans spend too much time banging the coaching staff for player development and not enough time looking at the process to sign the quarterbacks. You said it yourself with Book — the Irish sort of backed into that one because they were turned down by some bigger names who proved to be busts. Similar deal with Kizer two years before Book. He landed at Notre Dame because the Irish missed on Kyle Allen, David Cornwell and Jacob Park. Kizer turned out to be the best of the group.

The development of quarterbacks under Kelly has actually been quite good. The evaluation of them as high school prospects, that’s where it’s been scattershot. As for this season, it’s been a little messy, obviously. I don’t have a great explanation of how they’re using Jack Coan, Pyne and Buchner. But the idea that Coan was a bad pickup or hasn’t been helping Notre Dame is simply fiction. Unless you think Notre Dame was going to find the next Russell Wilson as a grad transfer.

Much was written pre-game about the familial storylines - Kelly's departure to ND, Freeman's departure to ND, ND's recruiting coach Mickens... and on the U. of Cincinnati's side, Denbrock as OC and former Irish WR Michael Young transfer to the Bearcats.
By anyone's standard, that's a lot of incestuous relations.  Even by nearby Kentucky standards, that'd leave anyone uncomfortable.
Nonetheless, it sets up for nice family 'bad blood' theme for this week's libation.
The Brothers Kamikaze
The Brothers Karamazov (1880)
by Fyodor Dostoyevsky 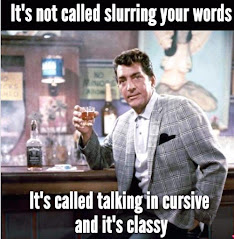 Team 12-0, after the last few weeks, you had to know this day was coming, right?  Not that it was ordained but at some point, 'live by the sword, die by the sword.' Or the lack of offensive line blocking.
Albert, I know you don't really want to win but...
Nervous and shakey... 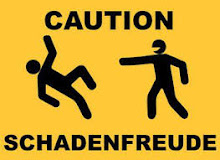 This week begs the question, does in fact, misery love company?
Because this week, Notre Dame has a ton of companionship on the loser list - quantifiably 9 teams lost in the top 25.  And while all of them, weren't upsets, including (technically) ours, let us revel .

When was the last time that happened?!  Decades ago, I'm guessing.

There is a special place... somewhere (in hell?)... for the Celebrity Tool - that person whom Society / Pop Culture has deigned to make 'famous' - or infamous - notoriety in today's world is pretty agnostic as to what is considered good or bad publicity - as long as you just spell my name correctly and get my good side in the photo op.

What seems to differentiates those people is their complete indifference to whether any rules - legal, moral or decorum-related - apply to them.

It matters not.  For they are... special.  Touched by a higher power.  In this world but not of it.   So I give you, this week, the ultimate Cosmic Douche.

1.  Urban Meyer.   We knew Meyer was ambitious but who knew he lusted after - and one uses that word consciously - a Lifetime Tool Achievement award.  Urban appears to believe he possesses some sort of Cloak of Invisibility protecting himself from any kind of malfeasance.  In this instance, allowing himself, after a Jaguars loss in Cleveland, to hit the bars in Columbus, OH because NO ONE WILL RECOGNIZE ME THERE... and getting jiggy (as well as a little handsy) with a local alumnus.   Oops.

But being The Anti-Christ, maybe he thought common video technology wouldn't capture his image, like with vampires and mirrors.

The Moral of the Story:  even satanic deity are no match for Apple iOS software developers. 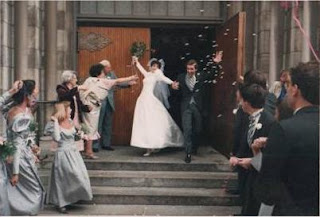 Happy Anniversary, Lisa Ann.   When did I know you were The One?
* When you laughed off the Ungie-Crayon "Lost In Space Bend" day? (Your first trip to ND.)
* When you laughed off Brittan's car flipping down a Snowmass embankment?  (And that's why we don't let you ski in CO anymore.)
* When you got hammered before the salad at the Sullivan wedding reception? (Probably our last time at Riviera CC.)
* When you, Feif and Albert sat together on the couch and played 'pass the Sambuca' (to no one else, BTW) at Mary Acker's shower for the Castellini wedding?  (One of the very few occasions where I was the more responsible one.)
Yes, yes, yes and yes.   Still, October 5, 1985 remains my single favorite day on Earth.
She's so fine there's no telling where the money went...