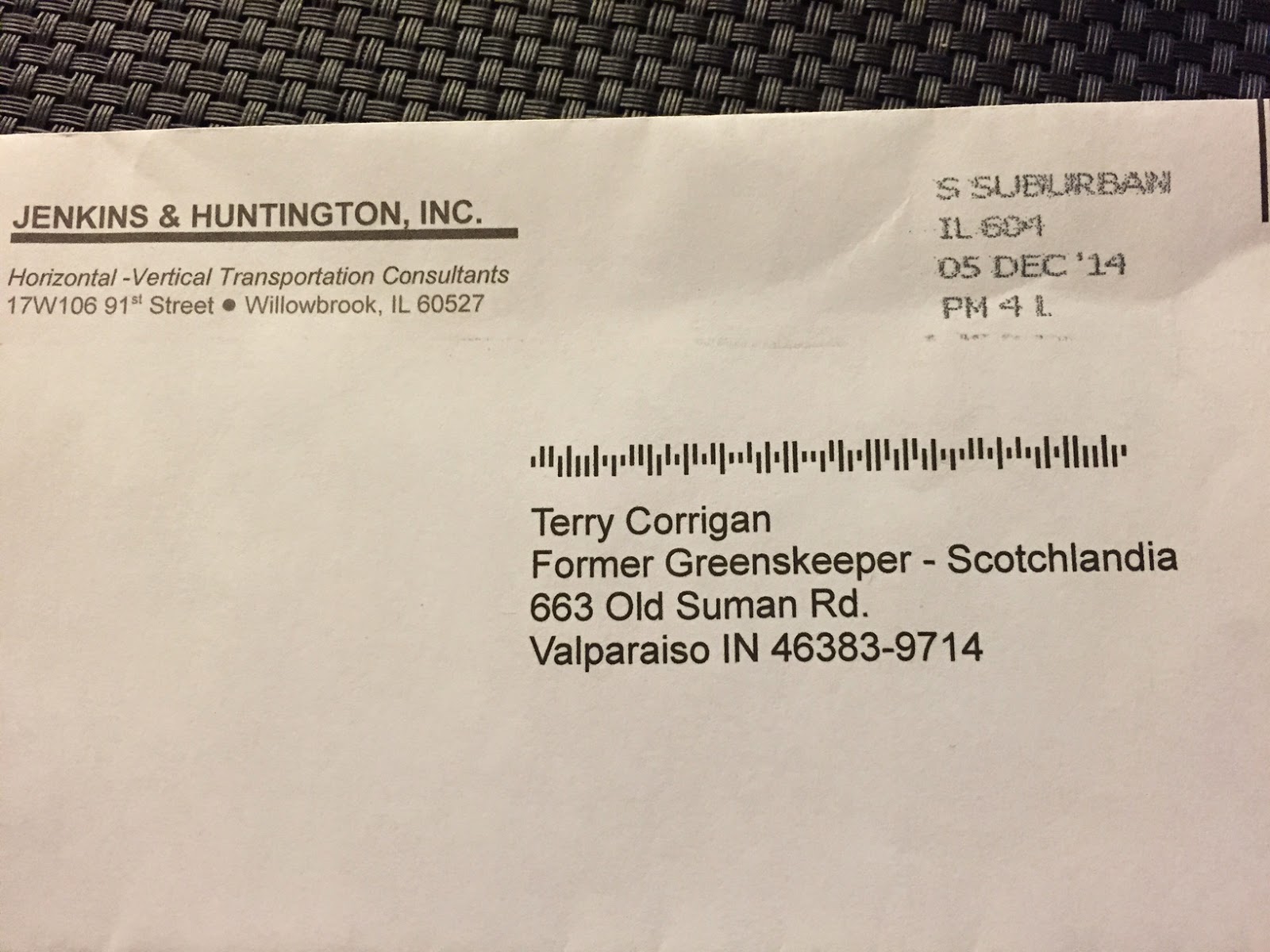 "Christmas comes early for Terry…"   Now he can get his Scotchlandia library card. 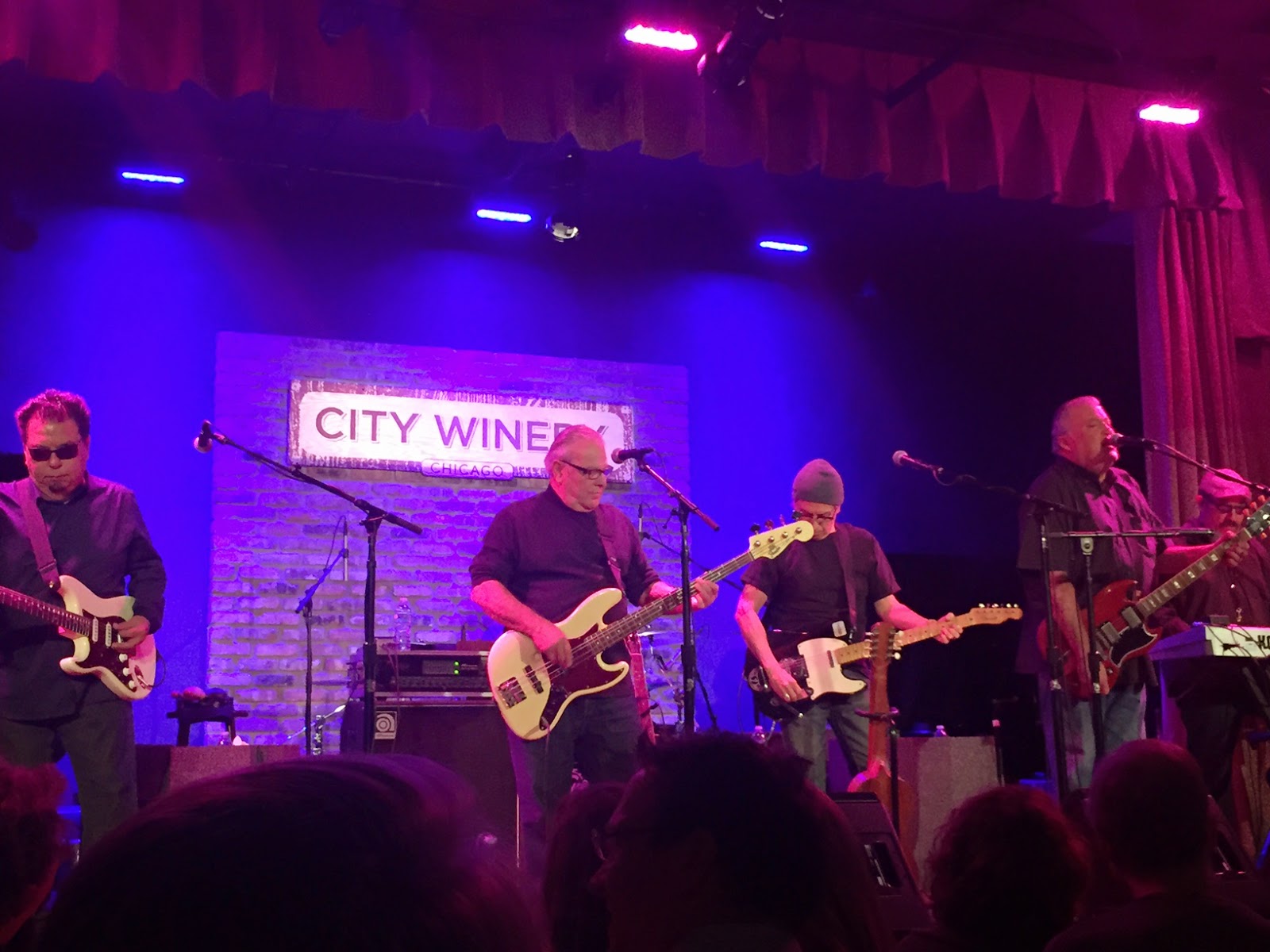 In September, I bought tickets to see Los Lobos then promptly forgot about the purchase.

The day before the show, venue kindly reminded me.

By then, I had other plans with my boss involving the sharing of Christmas Cheer.

"I can do both," I thought, optimistically. But after Macallan #3, I was re-considering that plan.  Going home and crashing looked awfully attractive.

However, an inner voice intervened, suggesting I (and I'm paraphrasing here) "grab Life by the throat for once, you gutless wonder..."

Proving I can be easily swayed by any peer pressure, even internal.  And glad I did.  The band looks like guys I played 16" Chicago League softball against, back in the day.  Or managing the food truck outside of our building. But boy, could they play.

Moral of the Story:  Go to the show.  Watch the bowl game.  Even when you don't want to and / or you're sure you know the outcome.  You just might be pleasantly surprised.


Which leads to Song of the Week #1.   Last weekend, after my bride and I had finished watching Ken Burns' 14 hr. documentary on The Roosevelts, tired of any further debate over the role of racism in British novelist Evelyn Waugh's satires and (as one of culture and taste does) pondered what else was on PBS*… we stumbled upon Billy Joel being awarded The Library of Congress Gershwin Prize.

*Editor's Note: South Park was a re-run that night, the one where Kyle is mistakenly identified as the new messiah for The Church of Scientology and their management sends Tom Cruise to persuade him but Tom, and later John Travolta, lock themselves in Kyle's closet and refuse to come out.

Back on point, it got me to thinking about Mr. Joel's catalogue… I don't think there's any song that, word for word, so accurately depicts the ND football fan's mindset over the last 20 years than the song below.

We are truly… deeply… eternally... what ND's situations hand us, either sadness or euphoria.  Zero middle ground.

"How thoughtlessly we dissipate our energies.
Perhaps we don't fulfill each other's fantasies*.
As we stand upon the ledges of lives
With our respected similarities.
It's either sadness or euphoria…"

That all said, as of this moment I'm leaning severely to the 'sadness' side of the ledger. 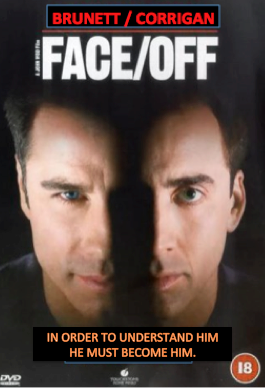 What does it say about the Uncertain Times We Live In when Al Brunett, Mr. Sell Short / Multiple Pool Winner, already goes on the record for 12-0 next year while Young Terry, so unabashedly optimistic that he's often - and I daresay, unfairly - accused of being perpetually self-medicated... goes in the opposite direction?

Like two ships, passing in the night… The Good Ship Alvinetto setting sail for the Land of Champagne Wishes & Caviar Dreams as The SS Crash heads toward the Heart of Darkness.

This is only to say I'm running out of positive ND Football Kool-Aid.

I think we'd all agree that a surprisingly wonderful (and entertaining) bowl game doesn't erase The November From Hell -- sure to be followed by our annual, inevitable Close-But-No-Cigar Recruiting Haul (doesn't any other school come even close to ND in finishing 2nd for so many 5-stars?) capped off by the equally predictable Off-Season Punch In The Metaphorical Genitals when some out-of-the-blue scandal hits the program.

Too gloomy for you?  Too much unsubstantiated supposition for you?  Handle this coleslaw:


So honestly, what is the ND's realistic ceiling for success anymore?


Which leads to Song of the Week #2.  Los Lobos didn't play this tune the night I saw them, unfortunately… but I think it might be my favorite… both sad and ominous, perfect for any blog related to Notre Dame football as it heads into another off season, full of unrealized potential and nervousness within the player / coaching ranks - with just a dollop of "what's gonna go really wrong this offseason" and "Is Mike Brey my offseason savior?":

Used in a sentence:  With each year of unattained success, Young Terry lamented that ND remains a football elite manqué.

Back to something more… constructive.  And in no particular order: 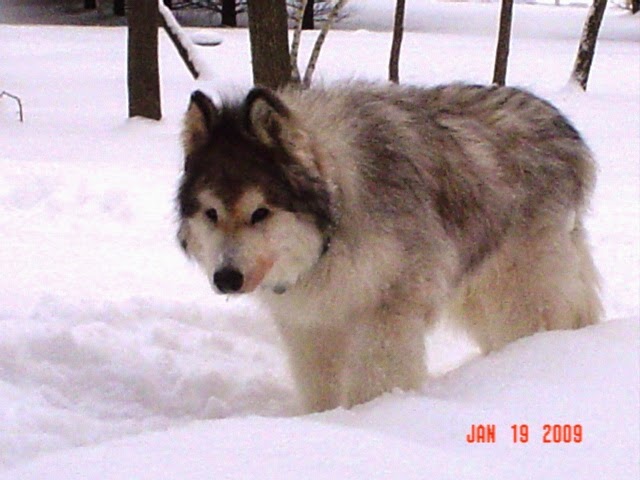 But if you want to cut to the chase re Buddy's selection,  go to the approx. 8 minute mark.

Love how the team embraces the coaches'  choice.


"I Got Your Hemingway Right Here, Bub" 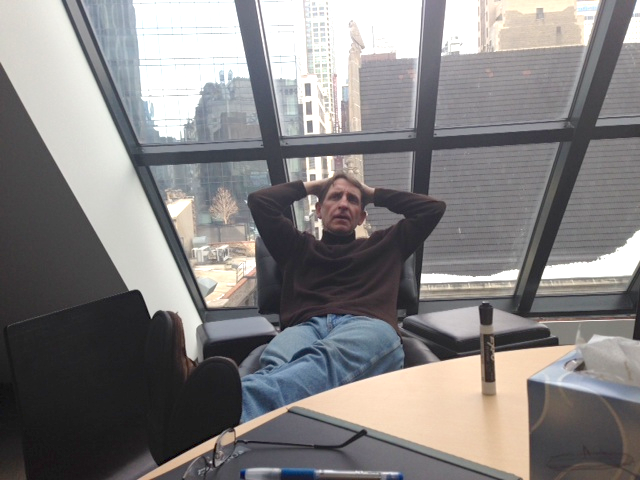 Speaking of awesome short stories (as what you initially read surely was), there's an oft-shared mythology that the greatest - and saddest - short story ever written was penned by the pride of Ketchum, ID:

Did you know…
1.2B photos - mostly selfies celebrating The God-Given Right To Abject Self-Absorption - are posted every day.


7% of the US - that's ~1 out of 14 - have no teeth.  None. Zero.  Zippidity-doo-dah. And while there's no truth to the suggestion that they all live in West Virgina, there is a pronounced 'enrolled-at-an-SEC-school-but-never graduated' profile skew.


15 seconds of euphoria - the time between my seeing Corey Robinson's TD in the closing seconds of the FSU game and an out-of-position ref thinking, "this outcome simply won't do at all - I've got a family to feed" and tossing a flag that snatched Defeat from The Richly Deserved Jaws of Victory.

63%  of the people aboard the Hindenburg actually survived. (Does that therefore really qualify as a 'disaster'?)  The percentage would've been even higher except one unlucky fellow survived the explosion - but was killed in the crash. Bummer.


All of this is to pose the question, what does one take away from the interpretation of numbers anyway?  You might argue that there's little difference between an 8-5 or 7-6 record for our Irish.  With respect, I would beg to disagree.  As shaky as my confidence is of the program ever getting anywhere close to elite again, if we'd lost last week's game, it could've gotten really ugly, really fast.

"I just met a wonderful new man.
He's fictional but you can't have everything."
Cecilia, The Purple Rose of Cairo

So there you have it.  My attachment to Notre Dame football greatness is basically, now, no better than the many rich, meaningful - okay, imaginary - friendships I had while growing up as a doted upon only child. 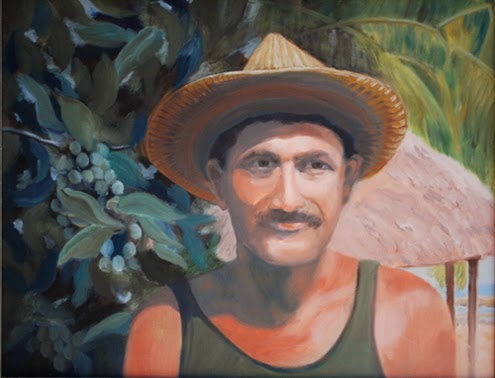 Except for Enrico, the next door neighbor's kindly (and likely illegal) gardener - that first year we moved to New Jersey when I was 6 years old.

I'm almost positive he was real.

Not solely because Black Russians were a frequent drink of choice over the family Christmas Shangri-La experience... the following libation has much in common, thematically, with a retrospective summary of being a Notre Dame Fanboy for the past 20+ years...

Never settle… even for a doctor… with a hot accent.  Otherwise, you could go a half century till you find another national championship the real thing.  In Marquez's version of romance, the zipper-straining desire of a trio of lovebirds is practically an illness, eating his characters from the inside out.

Here two teenagers fall in lust but the girl chooses an MD to settle down with, leaving the boy to choose anything with a pulse to settle the score.  True adoration knows no calendar and '51 years, 9 months and 4 days' later (but who's counting?) the two are reunited again after Husband #1 dies.


Combine the rum and coffee liqueur over ice in a rocks glass.  Pour the cream on top and sprinkle a little spice.  Now drink to the heady brew of passion - and pray there's not a 51 yr., 9 month and 4 day gap between the next meaningful ND football success.

A really big shout out to brother Kevin, Giver of The Absinthe - the anise flavored liquor whose historically addictive, intoxicating power was once whispered by prophets and scientists, mystics and kings -  and provided one interesting holiday evening adventure.

It's never too early to look ahead and start organizing your thoughts about next year.  Let's all applaud Mr. Brunett and his courageous, true-to-character proclamation:

"Go ahead and hold me to 12. I love what I saw on D and we all know D wins it.
Of course if yenz hold me to it even if the whole team transfers to AL,
It merely shows your true sense of sportsmanship.
Happy New Year folks!  I got a good feeling about this one coming up."

But before you write off Al as just another New England loon… pregnant pause… consider this:

They say patience is virtue and good things come to those who wait.  Or some rubbish like that… but that would certainly help explain my New Year's Day Ecstasy: Both riveting and terrifying, I believe this also justifies my overwhelming trepidation at stepping anywhere inside the geography below Ohio, above Florida and east of the Mississippi.

If there's a God, Ryan Murphy's next American Horror Story concept will come from Alabama.

And it'll star Phyllis from Mulga. 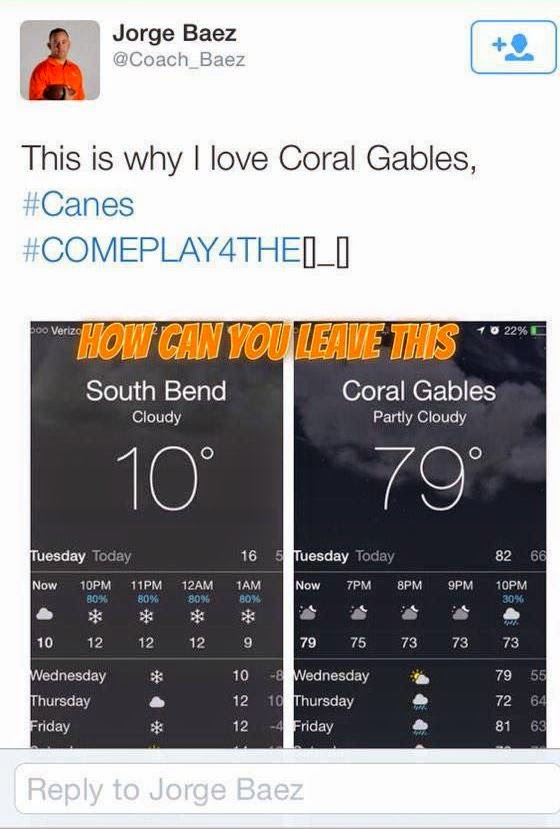 1.  Jorge Baez, U. of Miami asst.  coach and simple-minded twit.  You're going to recruit against ND based on the difference in weather?!  Is that all you got?

2.  Jameis.   The nation's #1 rated athletic sociopath had this to say after getting bludgeoned by Oregon:

"If everyone wants to be real with themselves, this game could've went either way…"


Well, Jameis, two things: 1) I think I've proven that I don't wish to 'be real' with myself.  I far prefer the near limitless possibilities afforded me through a robust imaginary life and 2) you hung with them for precisely one half. Then you imploded.  After that, you laid down.  (And bravo to Mr. Herbstreit for calling you all out on national TV.)  Then ¾ of your team ran away - not even shaking hands w. the Ducks afterwards.

They could've easily hung 70 on you - if they hadn't started recruiting kids out of the stands to play a few snaps in the 4th quarter.  That's the "real" the nation witnessed.

At any rate, moments of precise reckoning are rare in Life.  Jameis, you just got your first. (Pretty sure it's not gonna be your last.)

3.  Nick Saban.  I want to like you a little… at least respect you… but then you keep doing stuff like this.   Apparently, Mr. Everyone Deserves a 2nd Chance meant that, actually, only the really good athletes deserve 2nd chances.  In this case, a guy who was dismissed at Georgia after being arrested for aggravated assault when it was found "there to be evidence that a female victim had been possibly strangled by the offender…"

Possibly?!  Is there really a grey area there?  Jonathan Taylor, DT.  Remember that name.

On that cheery note, this video will surely send you away smiling.

I'm not convinced Lou still knows who he is.

On a cheery note that'll send me away smiling.