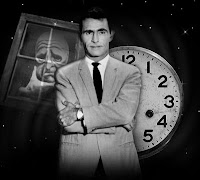 
Hi all!  There was a moment a few weeks back - sometime during my daughter's description of the NW Indiana biker wedding that she worked at, as part of her summer catering job.  It came after the part where she told me how the wedding party wore their very best Sunday-Go-To-Meetin' leathers, with their names especially embroidered on the back, like "Road Kill" (the groom) and "Skid Mark" (the best man)... Before she could recall the rest of the wedding party ("Painful Rectal Itch" as the ring bearer, perhaps?), my mind began to race to things more... relatable, if not any less traumatic. Like the impending ND football season.

Song of the Off Season
It's difficult to even begin to talk college football without navigating through the toxic waters of L'Affaire Sandusky.  Tawdry on so many levels and yet, I keep thinking, this could've happened anywhere. (And before anyone says 'not Notre Dame', I'd remind you 'hello, Catholic church...').  For as long as all of us have been alive, there's been athletic program dictators, football and basketball, at countless colleges... some more benevolent than others... (though as someone pointed out to me recently, a benevolent despot is still despot).   At any rate, Don Henley's "End of The Innocence" seemed a perfect theme for this college off-season, and probably not only for the town of State College. Even if it hasn't seemed to quite sink in for them yet.

Word of the Off Season - Opprobrium

op·pro·bri·um
noun \-brē-əm\
1.         something that brings disgrace
2a        public disgrace or ill fame that follows from conduct considered grossly wrong or vicious
b        contempt, reproach

Used in a sentence:  Penn State’s Board of Directors came close to going ahead with the misguided plan to appeal the NCAA sanctions despite national opprobrium.

If The Off-Season Were A Film Poster, It'd Be...

"What's the worst you've ever done?"

Put this right next to Brokeback Mountain as films that none of you will likely ever see... Kevin Bacon as a convicted pedophile newly released from prison and his struggles with assimilating back into society.  An indie film fave, mass market - not so much.

It pains me to be this literal but if ever an off-season was colored by a single scandal, this is the one.

Early Thoughts On The Team
You all have probably kept up to date as well as I have but allow me to throw out a few key areas to ponder  as you make your forecast:

ü  State College. You clearly don't grasp the concept of moving on. Nor do you understand the more you talk, the more it just keeps getting worse.
ü  Ryan Dempster. Filibusters his way out of a trade to the Braves for a high potential pitching prospect the Cubs could've really used. Then doesn't want to be portrayed as the bad guy. "Had to do what's best for my family..." Huh? For a commitment that will last all of 3 MONTHS before you become a free agent!   I lived in Shanghai by myself for longer than that.
ü  Dwight Howard.  After a year of (unsuccessfully) dictating his own trade, he blows off his own youth basketball camp - while being apparently healthy enough to check out a couple Dodgers games. I didn't think anyone could make LeBron's exit strategy look good by comparison. Bravo!
ü  Hope Solo. Could you please get over yourself?  Brandi Chastain (she, of the 2 World Cup wins, 2 Olympic gold medals (and a silver) achievements) offers a professional opinion - which she was hired to do, by the way - about the relative laxness of the US Women's defense in the early part of the tournament.  And you go all Scorch The Twitter-verse on her.  Please go away.
ü  Sam Raimi / Bruce Campbell.  You're remaking your own genre masterpiece, "Evil Dead"?!  Seriously?! Why not remake "Gone With The Wind" why we're at it...


Schadenfreude Winner of the Off-Season

One team you can guarantee won't be showing up on this list in the season is Penn State.  Too much 'schaden' and absolutely zero 'freude' for my taste.  But that doesn't mean there weren't screw up's to celebrate!  And let's start with those schools still under the NCAA microscope:


We Need To Talk About Kevin ND's Miami Game Uni's


Ugh.  If ever there will be a cause to drink at that game, that'll be it.  That said, I think there's a bit if an (understandable) overreaction.  It's one game a year, at most.  Consider it a throwback uniform in reverse.  And what do you think the 50+ yr.olds were saying when Devine broke out the green jerseys back in '77?  No doubt something, I'd imagine, along the lines of WTF?!  But I don't recall any of us being too bothered.

While its doubtful that any of you heading to the Emerald Isle will be seeing much in the way of culture beyond golf courses and pubs (as least you'll be getting fresh air and the mother's milk known as Guinness), may I suggest the following if you can find the time:

You Know You're Irish If... 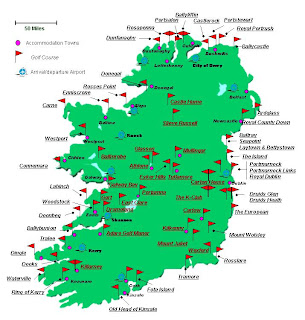 2012 Wager.
As previously alluded, this year's theme is All Things Scorsese:  awesome filmmaker, not well versed in stories with happy endings.  Who better to use as a template for this year's predictions? 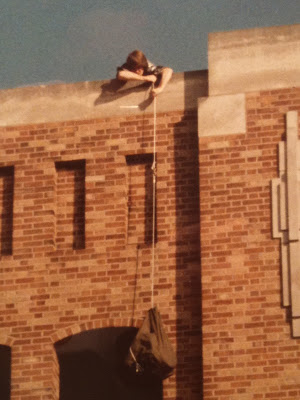 As we enter a season with great uncertainty at key positions (including the coaching staff) and a killer schedule, Optimism appears in short supply.

Yet it bears remembering that just when you're told something can't done, some Notre Dame guy finds a way...


Send me your predictions and I'll update the grid.
Posted by Crash801 at 3:33 PM