August: A Question of Balance* 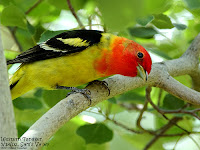 So I'm on the South Shore train a few weeks ago, riding back to Valpo from the city when I spy a fellow in front of me rockin' a sweet "Migratory Bird Week 2011" t-shirt... resplendent with a high quality watercolor of the whimsical Western Tanager on his chest - a bird noted both for its childlike, playful nature as well as a sly, seductive mating call.  A more than worthy choice for being 2011's poster child.

The shirt was a subtle red (a shade my wife is fond of reminding me "you can't actually see") and the gentleman looked like someone you'd think would wear a "Migratory Bird Week 2011" shirt:  bespeckled, disheveled, cargo shorts, black socks... with a glazed, "I'm on this earth but not of it" demeanor. Two immediate thoughts flew through my mind:


Football pratice starts Monday and the first game is a mere four weeks away.  There are plans to be made, bets to be wagered.  And questions to be answered.

But first, let's reggae!  It's summer!  It was really, really hot in Chicago for, like, a week and Governor Quinn just signed the medical marijuana bill for Illinois. Woo hoo! Time to try Jah love!


Third World's 1865 ("96º In The Shade") is supposedly about a great Jamaican leader of the people who died tragically... heroically... fighting for something or other. What's that got to do with Notre Dame football? Absolutely nothing whatsoever. Unless Tommy scores the winning TD against a loathesome, yet-to-be-determined SEC opponent in next year's BCS Championship as time expires and immediately spontaneously combusts... that would likely merit an awesome song.


But if I play this loud enough off my front porch, the horses start bobbing their heads. Ya mon.  Which is kinda interesting.

Fighting to be free
Now you show me a noose
On the cotton tree
Entertainment for you
Martyrdom for me
Questions That Make Me Go 'Hmmm'...

But back to this season's pressing questions.  With so much on the line, it's worth remembering that often the most critical questions are those that don't present themselves in the most obvious of ways.  For example, lets take a couple of this summer's biggest releases:

World War Z.  A zombie metaphor about the clear dangers of rampant, mindless liberalism.  But what the film really asks is, "Would you give a limb if Brad Pitt dressed the wound?"

Lisa is gnawing off her arm at the elbow as I write this.

Man of Steel.  The new Superman interpretation is a thinly veiled cautionary tale on the consequences of having a poorly thought out immigration policy.  But the more serious question posed to the viewer is "Would you move to Kansas if you got to call Diane Lane mommy?"

2013's Betting Construct
So what think ye after a summer to ponder?  Are you more bold Epicurus, predictable Kierkegaard, mildly pathetic Wittgenstein or more worrisome Schopenhauer?  Don't even be thinking about going all Diogenes on us...

Dialogue des sourds (n.)
1.  A conversation between two people who aren't listening to or understanding what the other is saying.
(As if the French have any other kind.)

Used in a sentence:  "After repeatedly making note in his blog that the Linipalooza IV date had changed, young Terry wondered if he had been unwittingly engaging in a dialogue des sourds when so many people later expressed surprise by Lini's email..."

Cocktail of the Week
Another seasonal recommendation.  Unless you're like me, who enjoys the refreshing nature of these bad boys year round.. 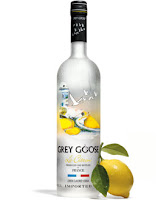 Mix the beer and soda together in a tall glass.
Fill a shot glass w. vodka and sink it to the bottom.
Add the citrus wedge, depending on your level of self-delusion at the time. Rinse and repeat, 3x.
Make your ND prediction immediately thereafter.

And if you get the pun in the drink's name, revel in your English major-like literacy.  While making yourself another. Because even Arts & Letters majors know four is always better than three.

As a lifelong Yankees fan, the number of times I've saluted Bosox Nation can certainly be counted on one hand.  (Unless one counts the one-finger kind.)  But Fenway's recent spontaneous standing 'O' for Mariano Rivera - in a real save situation - is one of the neatest gestures one is likely to witness. Bravo, Boston!  Now, of course, everyone's jumping on that band wagon but the Red Sox Faithful did it first and given the two team's history... very impressive. Buddy would've loved it.

1.  NY Yankees.  I'm sorry but the poetic justice of the whole A-Rod debacle is just too sweet not to revel in a little bit.  Good luck getting out of that contract.
2.  Tiger Woods.    A lot of Tiger haters out there... this is your time.  And his 4th round-of-Major collapses are becoming almost predictable.

Crash's Cretins
A veritable cornucopia of idiocy in the mere two months since last posting...

1.  Urban Meyer.  What does Urban call his players that get arrested?  Team captain.   King Herod was to nurseries as Meyer is to character development.

2.  Aaron Hernandez.  You know you've hit a rough patch when shooting someone in the face is the least of your worries.

3.  Chad Johnson.  Slapping his attorney on the butt after being let off on violating his domestic violence probation... immediately inciting the judge to change her mind. 30 days in the hole-o, Ocho!

4.  Vladimir Putin.   You want a Super Bowl ring?  Buy a team - like comrade Prokhorov - and go about it the capitalist way. 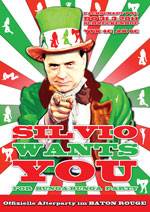 6.  Silvio Berlusconi.  You gave us the 'Bunga Bunga party' and what did we do? They threw you in jail. (And in Italy, that takes some doing.) Sometimes Life is just so unfair for the ahead-of-his-time innovator.   .

7.  Ryan Braun.  Liar, liar pants on fire!  Which, usually, would be unremarkable as in most professional sports today, "if you ain't cheatin' you ain't tryin'..."
But you made Aaron Rodgers look bad. And that is simply unacceptable.

8.  Riley Cooper.  Oh, dear.  In my lifetime, there's only been one white guy who's successfully gotten away with using the N-word.  And you're not Mel Brooks.

The other thing you're not, Riley, is a royal. And if you're gonna go all "did he just say that?!" politically incorrect, it sure helps be able to play that card...

"If it has four legs and isn't a chair, if it has got two wings and isn't a plane, and if it swims and isn't a submarine, the Cantonese will eat it..."
Prince Philip, at a World Wildlife Fund meeting, 1986


Quote of the Week II

Proving that the genetic apple doesn't fall too far from the tree when it comes to being oblivious of life outside your castle walls...

"Have you been playing a long time?"
Queen Elizabeth II, 2005

Recruiting
The team is now up to 17 commitments - a nice haul before the season even starts.  But that's not even the best part: the name of one of our most recent commitments, a 4-star LB from Florida, is actually Richard III!

Yes, just like the hunchback protagonist in the play of the same name! A play, I might add, which proved to have the signature theme ("Now is the winter of our discontent") for ND's off season...

So not only are we America's team, we're also Shakespeare's team!

His name? Douglas Corrigan.  Forever immortalized as "Wrong Way."
(Thanks, Peter, for passing along.) Bonus points if, other than Thompson, you recognized this week's blog title...
Posted by Crash801 at 3:48 PM