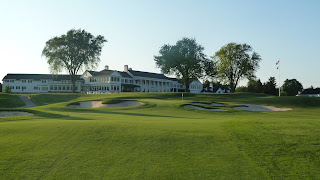 In retrospect, there were two PERFECT MOMENTS of TRUTH that occurred for me over the weekend.  I was quite aware of the first:  sitting on the veranda of Oakland Hills CC Friday evening, Hendricks & tonic in hand, after 18 mostly enjoyable holes of golf with Jim / Bob / Mark.  Mo & Lisa about to arrive... and the thought occurred that there was a reasonable chance this might be the highlight of my trip.

And I was totally okay with that.

The other epiphany occurred during halftime in Saturday evening's game, while sitting in the Five Points section (aka the Irish Ghetto) that Michigan so graciously allocated to Notre Dame within their city-sized stadium.

Down 14 points and having just watched, only moments earlier, Tommy Rees pull a... Tommy... I was feeling precisely the same as Eminem was at that very moment.

But it occurred to me, the problem was with me - not the 100,000 hammered yahoos in yellow sitting around me:  I was manifesting the textbook definition of insane behavior - doing the same thing over and over, expecting a different result.  You'd think I'd have figured that out by that point.  It wasn't enjoyable two years ago and it sure wasn't now.

But there were signs, pre-game.  Like when the jets flew over the stadium and their jet fumes appeared to form ominous words I could only kinda sorta make out.  Hmmm.

Or the crazed, minimally contained (and supervised) energy of the home supporters that took on a 1936 Berlin sense of blind idolatry, typified by the attractive Aryan-looking lad wearing the "Play Like Your Fake Girlfriend Died Today" t-shirt. Maybe he was an ESL exchange student.

Wow.  Neither clever nor topical.  And they wonder why state schools get mocked.

As I said, uncomfortable.

But still... my experience was apparently better than most and as I'm now totally into lists, handle this coleslaw:


Things I Dislike About UM

Song of the Week
One of my favorite London memories - of which there are many - was when Squeeze was the house band at the Virgin Radio's Christmas party, circa 1995.  If you're surprised I can remember back that far, join the club. I've always been a fan and their song, "Another Nail In My Heart' just so aptly describes my history at The Big House.


“I've had a bad time, Now love is resigned.


I've been such a fool, I've loved and goodbye.


So here in the bar , The piano man's found


Another nail for my heart…”


: The state of living together in mutual loathing


Used in a sentence:  Lisa suggested that it was better for us to leave Ann Arbor now rather than have me hang around with the local citizenry in absolute synechthry.

The Law of Unforeseen Consequences
You know that secondary bet proposed as a tie-breaker?  Yeah, well, about that.  What wasn't foreseen was that it would eliminate 2/3 of the pool in under five minutes of the season.  So as self-appointed czar, I'm declaring that little experiment, while fun and interesting, 'null and void'.   I'm taking suggestions for alternative tie breakers that'll allow for a season's worth of 'interest maintenance'.

Shake the gin and vermouth with ice, then pour into a chilled glass and add onions.  Have a few of these, forgetting Saturday night's wretched football game and turning your attention to the screenplay you've been working on.

With a current running time of 4 hours and all the dialog in Crimean Gothic (a language that went extinct in the 19th Century), pat yourself on the back for the film's obtuse underpinnings.  Hello, Sundance!  Make a few edits while hitting 'delete' on the football game's DVR recording.

Have a couple more cocktails.  These babies taste great!  Go outside and scream at the first person you even suspect might have ever lived in Michigan. Or is wearing yellow.

Wow.  This is a tough one.  Only two possible candidates as far as I can see: Kyle and Troy.

I'm going with the former because a) I'm kicker-empathetic and b) Troy'll surely win some other time.  Does anyone really think Kyle Brindza is going to challenge for this again?

Seriously, the kid was incredibly rock solid, both punting and place kicking, and the only ND'er who pleasantly surprised.  If he wasn't a dead eye, I would've been able to leave by the start of the 4th quarter.  For the sake of the rest of the season, let's hope this is his typical form.

SCHADENFREUDE
An easy week to find joy in other's misfortune.

1.  USC   Well, Lane, it would seem the clock has finally struck midnight.  USC haters (WE ARE LEGION), enjoy this season while it lasts because they will get a great coach and turn it around fast.
2.  Texas. Truth be told I stopped paying attention to UT after Vince Young left but on principle, it's fun to watch a team with its recruiting advantages fall apart.
3.  Ohio State.    They didn't lose but they did drop in the polls for the 2nd week in a row, on account of playing such a candy a** schedule.  Bitch about that to your coach friends, Urban. Oh, you have no friends?

1.  Lane Kiffin.   How does anyone lose to Washington State?  With USC's talent? That takes a special talent.

2.  Jim Harbaugh.  Clay Matthews was completely at fault. And got called for it.  But he has zero history of being a dirty player so let it go, Mr. Tough Guy.

This after you spent the whole week going all Phil Jackson in the media - trying to lobby the officials because Matthews had the temerity to say he was gonna hit your QB if they ran the read option.  Which the league ultimately confirmed as precisely the correct interpretation of the rules.

You're a great coach.  I'd trade Mike McCarthy for you in a heartbeat.  But as a human, you're the consummate A-hole. And Michigan Man.

"He inherited some good instincts from his Quaker forebears, but by diligent hard work, he overcame them."
James Reston, complimenting Richard Nixon


So, apparently, did George Atkinson III. 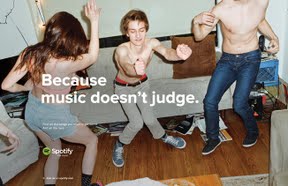 American Songwriter magazine's On My Deathbed contest closes on 9/15 -  don't be a weanie and keep your deep abiding love for Styx to yourself. 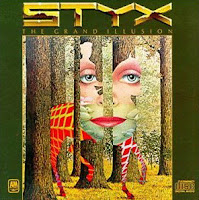 Again the link to participate is here.

But positively no dancing.