And Now For Something Not So Completely Different...


There's really not that many times in one's life when I can honestly say, "I remember exactly where I was when..." A couple easy ones:
One less obvious moment was on June 24, 1995 when the New Zealand All Blacks played South Africa's Springboks in the Rugby World Cup.

The All Blacks had a player, Jonah Lomu, the likes of which the sport had never seen before - a guy literally the size of Lawrence Taylor and fast.  That year, New Zealand tore through the field like a hot knife through butter.  Living in a near-London suburb at the time, I recall their 45-29 pasting of England to have been particularly humiliating (the game not being nearly as close as the score would suggest).

Even with the final being played in Johannesburg against a really good home team,  the outcome was expected to be no different.  The All Blacks had Lomu.  But then something happened.  Mandela came to watch the game and gets introduced to the crowd pre-kickoff, Black president of a country known for it's shameful apartheid history, wearing a Springboks jersey.

Even through the TV screen, one could feel the... vibe.  And what was interesting was that the immediate reaction wasn't particularly spontaneous but built and built and built. At a certain point, you kinda knew you were witnessing something culturally important.

Much like the game itself - I was a total rugby neophyte - I'm sure at the time I didn't fully understand that.  (Plus, I was watching in England so inevitably there was alcohol involved.)

One would like to say, at that point, 'game over'.  But it actually wasn't really that way (final score 15-12, South Africa) but because the Springboks hung so tough against a potential Greatest Team of All Time candidate, anyone watching the game had a 'they're actually gonna do it' feeling grow as the game went on.

Very, very cool.  And how often can you say that the award ceremony was more powerful than the actual game?

Song of The Week.
A Holiday Three-Pack, each in their own way, capturing the holiday spirit...

For listening with a scotch...

For listening with (rum-based) egg nog...

For listening to with amyl nitrate poppers...


Here's wishing you and yours a terrific holiday season. Celebrate responsibly.

Word of The Week
CONSPUE (v.)

:  To hate someone or something so much that you'd actually spit on it

Used in a sentence:  In the sports realm, there is nothing young Terry more passionately conspues than, well, a lot of things actually but for brevity-sake, Ohio State and their uber-hypocritical coach.

Game Time Observations
We had no game.  But you knew that.

I did, however, have a dream.

At first, I thought it was Clarence the Angel showing me What Life Would Be Like If There Had Never Been An 'A' Lot...

Though I did learn that every time Peter makes a Bloody Mary, an angel earns their wings.

Actually, Clarence was just a Make-A-Wish Foundation representative telling me they had made a mammoth clerical error and as such, even though I was neither a child nor suffering anything obviously life threatening, they had to award me my fantasy.  Which, as it turned out, involved Aaron Rodgers / Jamaal Charles / J.J. Watt / Patrick Willis / Earl Thomas suiting up for ND against Stanford. 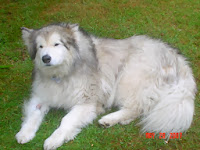 I still think he's Mr. Grumpy Pants on a good day (and Mr. Smug SOB most other days).  But unlike ND, his team seemed to get better every week and boy, did he ever have them primed against Tattoo U on Saturday night.

But I heard Charles Barkley (one of the most entertaining personalities alive, any genre) talk about how the thing that most impressed him about Mandela was his capacity for forgiveness.  He was imprisoned for 27 years and yet when he got out, he forgave.

With that in mind, I'm putting aside the PTSD I attribute to his Little Giant gambit and am giving it up for Mark Dantonio.

This Bud's for you, coach.

The Wager
And then there were... The Elite Eight:   Garrett, Bryan, John, Brian, Lini, Jerry P, Ryan C, Matt.

By unanimous proclamation - okay, I made it up myself... HERE'S THE TERMS OF THE TIE-BREAKER:

One point awarded for each exact, correct answer:
Five points possible earned, winner(s) to split the $600 pot after each finalist are paid their $25 entry fee.  Send your predictions by the morning of the 27th and I'll post 'em all for everyone to cheer or jeer.  And no one goes home a loser!  If you come up short, you're an instant Schadenfreude candidate!

Schadenfreude Winners
This is definitely a week of quality over quantity... 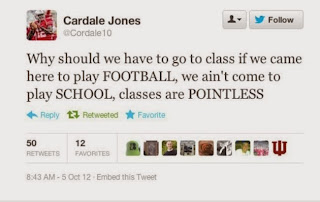 1.  Ohio State. I am full of shame and self-loathing for the level of pleasure I took at the Buckeyes' losing.  (Decisively, I might add.)

When I look at their team, all I see is thug, thug, illiterate thug, charged-but-never-convicted thug, thug, thug, Darwin Award semi-finalist, walk on thug. And The Anti-Christ as coach.


3.  Texas.  If nothing else, it'll be really fun watching Saban deny deny deny the "Nick to UT" rumors.

When the biggest games get played, the stars come out to shine. So do the tools.   Especially when their behavior is so often both inexplicable and inexcusable.

Richard Sherman.  Presently, is there a bigger douche in the NFL (and that's saying something).  Runs his mouth incessantly, as if he actually went to class at Stanford.  Inveterate cheap shot artist. The 49'er beat you and you blame it on the refs?  Okay, so let's add whiner to your skill set.

Dude, even your old coach Harbaugh wanted nothing to do with you. Just drink the scotch.  Not for amateurs, Italians or people who value their liver.  Named after the great Welsh poet, who famously proclaimed "I've just had 18 straight whiskeys.  I think that's a record..."

And died not terribly long afterward.

Actually don't do this.  Ever. You will not go gently into that good night. 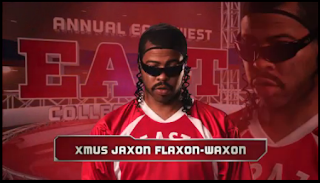 So it's The New Era Pinstripe Bowl on Feif's birthday, against the Rutgers Scarlett Knights.

Better be a crushing victory.

That said, So far so good heading down the back stretch.

Only one week removed from last week's status update, here's the latest news on the group that seems of highest potential to be Class of '14 commitments:
1.  Nyles Morgan, ILB.  Still a stud, still liking ND a ton.  Gonna announce at one of the early January all-star games.  Apparently an ND-Vandy battle.
2.  Nile Sykes, ILB. Two things to like about him: he's supposed to be really good. And he's a close friend of Morgan's.  Very likely to commit at this weekend's football banquet.
3.  Michiah Quick, WR.  ND / Oklahoma / maybe USC now with all the Sark buzz.
4.  Alan Lazard, WR. Apparently, not happening. Just too far invested with Iowa State and as a legacy, even harder to back out. 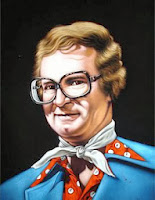 5.  Charles Nelson.  Apparently ND'll take his commitment even if McKenzie qualifies.  He, too, will be at the banquet this weekend and is a better than 50-50 bet to commit.
6.  Matt Elam, DL.  The kid likes to tweet. A lot.  A Kentucky kid, his short list is allegedly KY, 'Bama and us. He might be a giant mass of goo but we kinda need him.
7.  JuJu Smith, S.  Having grown up an SC fan, Sark's hire seems to have changed everything.  And not in a good way for ND. Especially since Sark brought JuJu's uncle with him on staff from UW.
8.  Peyton Hendricks, S.  He's starting to look like a must-have guy. His teammate, an ND commit, is in his ear about du Lac but seems to be taking his time.
9.  Tyler Luatua, TE.  The lad has supposedly been an ND lock for most of the year, said he'd announce on his 12/15 birthday and now, has pushed it back to his January all-star game.  He's supposed to be really good but there's at least one other stud TE out there (who also visited recently).
Quote of The Week

"I don't care what people think of my poetry as long as they award it prizes."


I've heard my brother, the legendary Dr. Tím Tím, express a similar sentiment - in fact every time he re-writes yet another forward to one of his many film books and re-issues it as "New Insights! More Pictures! Smaller Words!" to unsuspecting college students...

Final Thought - Reunion '14!
Received my first piece of reunion propaganda and sadly, it wasn't from Jerry.  Or Barb.  A tad disappointing.

But it did get me to thinking... it's never too early to begin preparing for the event.  Like establishing one's safe word - that subtle code word signaling "man in conversational distress!"  Engineers, accountants, you know the interpersonal skill-challenged classmate I'm talking about.

May I suggest 'Obamacare'?

Short.  Topical. Incendiary.  Not only will it stop that classmate from further expounding on their thriving actuarial practice in Wilkes Barre (and their go-to "death is a growth business" jokes) it'll evoke an almost Pavlovian response from this crowd to savagely join in the conversation and save that friend (and by 'that friend' I mean 'me') from 20 more minutes of mind-numbing chat they'd otherwise never get back. 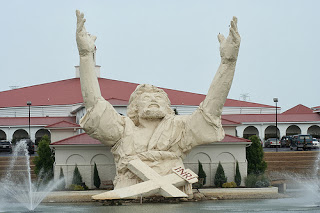 So named after the 62' iconic statue near Monroe, OH*.  While in reality neither sweet or butter-based (but, apparently flammable as it ultimately burnt to the ground)... what would appear to be a complete non sequitur makes a fantastic, Ron Burgundy-like exclamation to virtually any soul-sucking conversation you might find yourself in.

*Further justifying Ohio's position as perhaps the most underrated state for facilitating the truly bizarre...

That Geico Pig - would one be correct in assuming he's a Chiefs fan?

For a town that so loves its ribs, an interesting choice for a fan, isn't it?


It's Christmas time.  And what do (did) 801'ers do when there was snow on the ground and they had a couple weeks of free time on their hands?