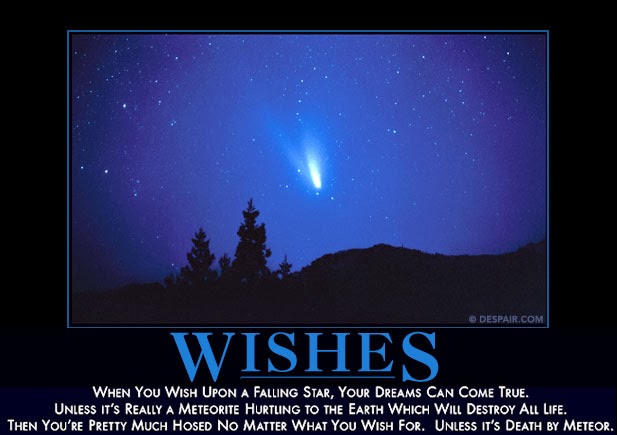 Let's start this final recap with a holiday drink.

Black Russian (To Get This Season Over With) 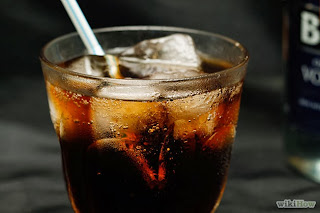 Mix the vodka and liqueur in a shaker.  Pour into an old-fashioned glass with ice cubes.   Take a long, deep tug for your first sip and recall that this used to be one of your older brothers favorite holiday drinks.  You're immediately transported back to family Christmases long ago.

Then you remember how that same brother got up early one Christmas when you were a wee lad and cherry picked everyone's best presents for himself.  (With four boys, Santa couldn't be bothered with wrapping all the gifts.  Instead we were all assigned a chair with our presents collected upon it.)

My other brothers and I were none the wiser until mom 'n dad came down and began opining that they thought Santa meant for a very different distribution of the gifts - and Yuletide Order In The Universe was re-established.

It was the first time I'd ever heard my parents use the expression 'criminal genius'.  As well as the first time Mother Teresa's School For The Problematically Gifted came up in conversation.

It would not be the last.

In point of fact, that failed attempt at The Perfect Crime ultimately led said brother down a lifelong path of cynicism and mistrust in many of our most important cultural institutions (you don't even want to know the Easter Incident)... but it also created in him a Reformers-like zeal for Truth Seeking and Fact-based Argumentation that he carries with him to this day.

Which brings us to The New Era Pinstripe Bowl and the harsh realities that the game forces one to confront after 13 games:


1.   Our QB was never any better than a try-real-hard 'C' player. That in itself is not a hanging offense. Except, to quote Auburn's DC (who is presently prepping for a NC game), "In today's game you can lift all the weights you want, if you ain't got a QB, you ain't got a football team."

2.   There was, at best, minimal player development.  You want to bitch about offensive play calling or defensive scheme?  Valid criticism. But the greater coaching crime was this:  outside of the OL, who improved? And whomever was responsible for special teams was flat out stealing a paycheck all year long.

3.  There was also no discernible player-led leadership.  Call it the real Te'o Void. (And being liked... or being a 'true Notre Dame Man'... isn't the same as being a leader.)

4.  Recruiting matters.  That's the good news.  Provided this current class hangs together (and there's no reason to say it won't), it would seem we're really close to near SEC-like depth.
Song of The Week.

From what I maintain is the best rock concert film ever - "Stop Making Sense" - a song whose signature lyric provides the perfect analysis of Saturday's game (and the '13 Season):

:  One who senselessly repeats cliches and bromides, often due to mental infirmity.  (Kind of like a blogger, except that in that case, it's always a sign of mental impairment.)

Used in a sentence:  It's true that young Terry is something of an incorrigible verbigerator, but in his defense, it could be just a sign of impending schizophrenia. 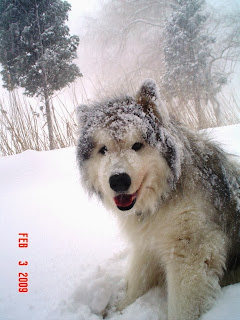 It's been a long season and I'm tired.  And frankly, the game was just not that interesting, perhaps because I'm not such a conscientious student of the game... but in my zeal to bring closure to a semi-reasonable season - and let some else do my thinking for me - who can argue with the bowl's choice of Zach Martin as the game's MVP?

First off, it's kinda cool that an offensive lineman gets recognized, especially one that started a record number of games. (I loved Kelly's likening him to Larry Bird, one who makes everyone better around him.)

Plus, between the drops by the WR's, Tommy's inaccuracy and the defense's lackluster effort, who else would one nominate?  Brindza?

Cutting to the chase... the winner(s) are:  Ryan Corrigan and Brian Ward!  Here's how the final tie-breaker predictions shook out: 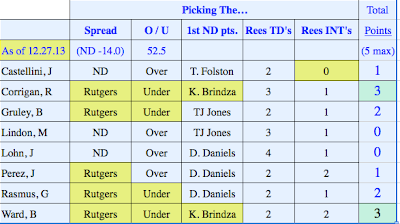 Checks will go out early next week (provided I have your latest addresses)...

Gerard / Bob S / Dennis / Randy, I don't have you recorded as having paid.  If I'm wrong let me know.  Otherwise, just send your $25 to Stable Boy, c/o Scotchlandia USA.

Or get me when we see each other next.


Schadenfreude Winners
I could wait until all the Big Game gets played but patience is not a strong suit of mine... 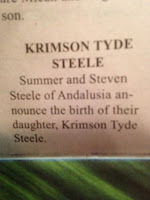 1.  Bama.  Tide!  Rolled!  Almost as bad as Vegas got rolled when a 15 pt. underdog beats the defending national champ.  Surprising.  But awesome - when was the last time Big Nick had a 2-game losing streak?  Poor preparation or karmic payback after one their fandom named their baby, Krimson Tyde?  (She better grow up smokin' hot.  Or plan on never leaving the state.)


2.  Ohio State.  The Orange Bowl shouldn't have been as close as it was but a loss is a loss and it brought me great joy.  Urban also now has a 2 game losing streak, at least until their September feast of MAC schools next season.


And indeed I felt no small level of personal shame at the glee I took over Braxton Miller getting repeatedly (and progressively) the snot kicked out of him by Clemson's defense.  But then I had another scotch and took comfort in the knowledge that God loves all his flawed creations.  But most especially the ones that root against the Ohio State.

And by the way, I'm revising my personal Nine Circles To Hell to include Matt Millen. Unlistenable. Detroit Lion fans, I now better understand the multiple tortures you endured. One final thought: I'm really happy we'll never have to face Sammy Watkins...

3. Stanford.  One would've guessed The Cardinal might've re-thought their 4th and short strategy after last year. One would be wrong - that would've required a level of introspection and humility which David Shaw doesn't appear to possess.  And interesting (he says bitterly) that there was no hue 'n cry over this year's runner's momentum being stopped...

4.  Michigan. What a difference a couple months make.  Wolverine Nation (well some, anyway) are actually pining for RichRod.  And while I could personally care less, ND now re-possesses the best winning percentage in college football.

5.  Baylor.  Maybe it's because of their sickening need to run up scores on a season-full of patsies (seven games with 59+ points) but losing to 17 pt. underdog UCF was just... awesome.  Oh, and to a QB who was UCF's Plan B when they couldn't successfully recruit Tommy Rees.  Ouch.

The Grinch's Gang
You'd think this time of the year, it'd be harder to find people exhibiting bad behavior.  Sadly no.

1.  Penn State.  You might think that Bill O'Brien bailing after only two years is the bad guy here - but I say "no, boozy boys... saggy farty boys!"  It is, in fact, the pathological Paterno Nation who are the tools here... so delusional they couldn't see the amazing salvage job this guy was doing.  So he said 'screw it, I don't need your unique brand of western PA psychosis' - took the big money and now gets to coach JJ Watt & Co. for the next several years.  Good luck with the Al Golden Era (talk about landing on your feet).

3.  Cleveland Browns.  Firing your coach after one season.  Really? Surely you have a home run hire all set up... no?

4.  High School All-Star games.  I hate 'em.  Monuments to 18 yr. old self-absorption. As if they need any greater sense of entitlement. And yet I still watch 'em - so who's the pathetic one? This year's highlights:
*and thank you, Lebron, for giving the world this incredibly annoying phrase for all the 18 yr. old narcissists to mimic. 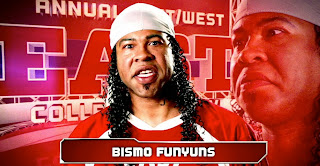 We're in what's affectionately called the 'dead period' (where schools cannot have face-to-face contact with the recruits - but that doesn't mean there's movement afoot!

The buzz suggests that ND is going to be extremely discriminating with likely no more than 1-2 spots left for a truly elite player.  And I mean elite.  Like no kiddin' around Tom Feifar / Bryan Gruley-level special... 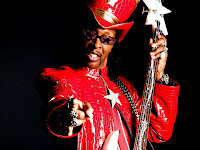 Presuming that this not going to be a "Kelly flirts with the NFL" year, recruiting ought to end up a) very strong and b) free of 'who'll renege' drama.  Huzzah. 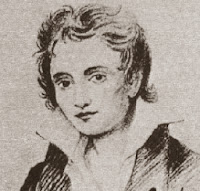 
Easy for him to say (both Eton and Oxford were juggernauts during his time there) but might be as apt a summary of the 2013 ND football season as one can find.


Final Thought - I
2014 is the the final 'A' Lot year before supposed 'progress' plows it under. Looking ahead to next year's schedule w a couple observations...

Final Thought - II
I'm feeling a bit tapped out. So until next season.  Or at least February... Great seeing all of you this past year! 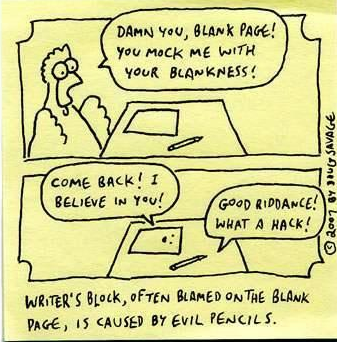