For about, oh, :05 I had achieved what the Lama would call Total Consciousness.  Which is ironic since immediately after Corey Robinson made that catch, it resembled more like a blackout.   I do know the sound that came out of my mouth was Not Of This World.  (And if there are broken boards in the paddock due to frightened horses, Lisa, for that I am deeply sorry.)

Then, after doing my (equally unnatural) Happy Dance, I saw the little yellow violator at the bottom of the TV screen ticker, Flag.

And thus began The Great Buzzkill of 2014.  We were soooo close to a nation of blonde-dyed, mohawk rockin' kids…

As you may have noticed, I've been literarily MIA.  Recently it had occurred to me that I started writing these weekly missives almost six years to the day (UNC game - we choked in that one - to audience of, if memory serves, just Jay / Sully / Lini). I was beginning to feel a bit crispy, creatively speaking.  As Dylan Thomas once said, "Someone is boring me.  I think it's me."

So I went to seek alternative therapies - Eastern mysticism in China...

Over there for but a week I learned many things, including but not limited to, simple expressional nicities such as hello (ni hao), thank you (xie xie) and I don't want that (bu yao).  I quickly moved onto more complex expressions of social intercourse:


Suffice to say, new perspectives were achieved and creative juices restored.  I'm now back with a renewed commitment.  And by the looks of the game last weekend, so is our football team after a roller coaster couple weeks.

Even before Saturday night's game, I knew that Alice Cooper was gonna be the call.  So many possible themes:

- Welcome To My Nightmare: worst case scenario, a masochistic homage to the "Bama game, Part II.

-  School's Out ("We got no class and we got not principles, we can't even think up a word that rhymes…"):  But why glorify the Florida Educational system?

-  Under My Wheels:  It could've been the glorious story of the Belknap road trip amongst the savages.

-  Elected ("I'm your top prime cut of meat, I'm your choice…"):  Chronicling Everett's ascension to the top of Heisman consideration.  If only…

After that game, though, where Golson & Co. all proved the spotlight wasn't too bright for them, one song had to be the choice:

"Hello!  Hooray!  Let the show begin - I've been ready.
Ready as this audience that's coming here to dream.
Loving every second, every moment, every scream.

Well maybe not loving every moment.  But damn near.


Used in a sentence:  Young Terry's reoccurring FSU nightmare was so real that he wandered around the next day in a state of malneirophrenia, feeling unsettled and emotionally distraught.  Until he saw David Fincher's "Gone Girl" and saw what a real nightmare looks like.

Game Observations (made over a three game period)

1.  I love Golson.  FAR from perfect but what a gamer.  And it would appear that, maybe, he's figured out when to get down when he's running.  Now if he were only 2" taller…

2.  I love Kelly.  I love his 'f*** you, I'm going for it on every 4th down" attitude.  I don't give a hoot that ND may not be his dream job.  Personally, I think he's the perfect guy for the most complicated coaching job in the US.  Sadly, I also don't think we'll keep him more than two more years.

3.  I loved the game.  Most fun watching ND in many, many years.  The revelatory moment for me wasn't the final drive but our first drive in the 3rd Quarter - after Jameis & Co. went like a hot knife through butter against our D.  Rut roh. But we came back, immediately.  Game on.

And Kelly was right: when playing those guys (what he didn't say was 'especially in The South'), you gotta knock 'em out.  Close games and they, ahem, find a way to win.

4.  Do we even practice snaps under center?

6.  Okay - regarding the 'We Got Screwed' play… get it out of your system.  Weep 'n wail 'n gnash your teeth.  In fact, have another look, AGAIN, here  - possibly the best view and explanation I've seen for truly demonstrating how FSU misplayed their way into a win. (They are this year's Auburn, that team partying at the intersection of Talent + Luck + Hubris.)

7.  Does the loss change anything?  Not much, actually.   In fact, it doesn't change that we still likely have our destiny in our hands… win out and we make the playoffs.

8.  And one year ahead of realistic expectations, if anyone's being honest.

6.  What is it about that 2nd game in October every year?  It's like you see the train coming but are we gonna get out of the way?  Nah.

7.  If everyone didn't hear Herbstreit and Fowler totally give ND their due, then I give up.  Would you rather have Hammond?

8.  My le petit scotch cask is a week from being ready.

Bryan, you were this close.

Over a three game stretch, one must be careful not to over-indulge but oh, what the hell:

1.  Alabama.   Nothing personal, Nick, just business.  You had to go down.

2.  Texas A&M.   Humility is my favorite virtue among athletes, probably because it's in such scare supply.  So when A&M's QB, Kenny Hill, announced he was trademarking 'Trill' (Thrill?) after he broke school passing records in his first game (against, I think, East Texas Teacher's College), I knew I had someone I could truly hate. 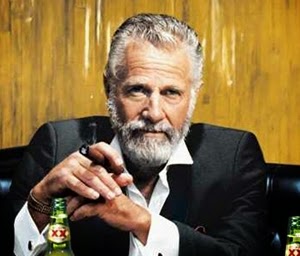 3.  Baylor.   See pt. 1.  And you'd be far more interesting if your nickname was the Fighting Branch Davidians.

4.  Stanford.  Still not a David Shaw fan and still subscribe to the "a mediocre Stanford is great for ND recruiting" theory.  Even if it hurts our SOS this year, happy to see them go down.

This is like Russia sweeping all the medals at the Olympics...

1.  Garnett Stokes.  Interim President, FSU - one can only assume you were elected on your cutesy name and not your moral leadership.

2.  Stan Wilcox.  Notre Dame Man and present FSU AD… what happened to you?

3.  Jimbo.  When you say, 'I believe Jameis', I imagine that's code for "coach, they'll never be able to prove it…"  By the way, you're 49 yrs. old, even for being (and I quote) 'a complete redneck loser', isn't it about time to start answering to a grown up's name?

4.  Jameis.  Ignorance and entitlement is never a valid excuse in Life but I gotta hand it to ya- you sure have got it working - you have an entire school city as your bitch.  Impressive.   To think you could possibly bring down an entire program.  One can only hope.

So the school needs a bit of a image re-boot.  I'm here to help.  Let's start with managing the media, which, admittedly, they've done a phenomenally poor job.  Take for example their recent, terse 'Sergeant Schultz' release re Jameis.  Bad move.  They need to be more proactive - get out in front of this, be more transparent, show the nation they're not sitting on their hands.  I've taken a stab at tweaking their prose: 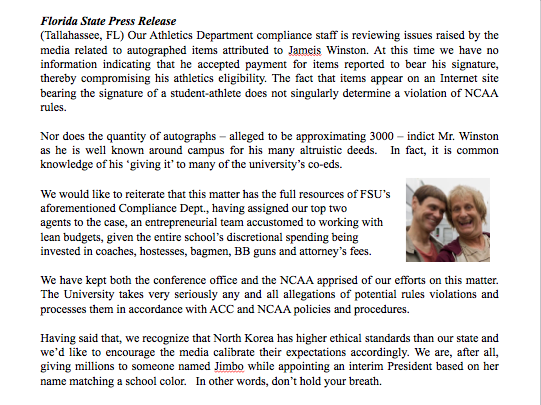 No need to thank me.

This drink goes out to all of those in ND Nation - and I hope there are precious few in this group (but I doubt it) - that will wallow in this game's seeming unjust ending FOREVER.  Yours will certainly be a pathetic, semi-wretched existence while you refuse to delete that final play on your DVR, forcing your wife, kids, neighbors, co-workers to see how BOTH of the FSU players engaged Procise and Fuller first!  If only the pass hadn't come out quite so quickly!   The injustice!  Oh the humanity!

I got nothin' for ya, 'kept a cocktail:

Crime and Punish-mint
by Fyodor Dostoyevsky

When the lead character compares himself favorably to Napoleon, you turn off the laugh track on page 1.  New readers of Crime and Punishment - the tortured tale of a man who feels destined to murder a pawnbroker and then redistribute the wealth - might think they're tuning in for a literary Law & Order.

Those readers would be wrong.  Crime?  Absolutely!  Punishment?  Um, not so much.  The only punishment here is the murderer's life sentence of guilt.  Pair Russia's homeland brew - vodka baby - with just enough caffeine to give you the shakes.   The mint should calm your nerves before you do anything too whacky.
Pour the vodka and liqueurs over ice in a rocks glass.  Fill to the top with the light creme. Or heavy.  Hey, you only live once. 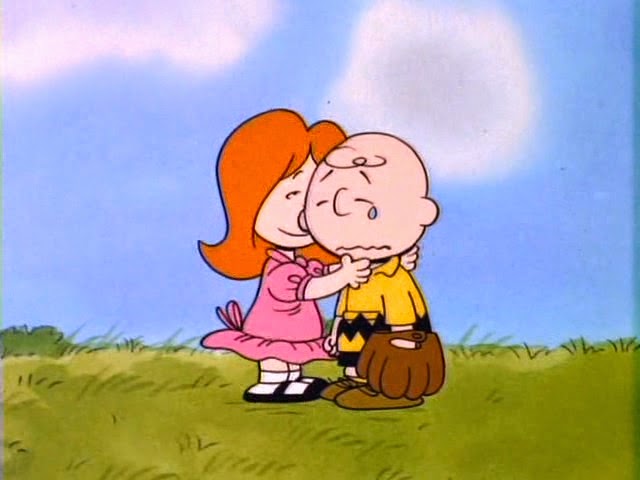 Charles Schultz's little redhead girl dumps him after three years and marries a fireman, proving there are a) bigger disappointments than losing a football game and given that he leveraged that relationship to create an iconic - if unseen - cartoon character, b) disappointments can often have silver linings.

Any resemblance to anyone's daughters, including my own, is unintentional.