August: BCS, This Time We Mean It


There's an age-old axiom, "write about what you know."  But what if you don't know anything?  Zip.  Zilch. Nada.  You're, literally, an intellectual cipher.  You're the real world embodiment of Chauncey Gardner from Jerzy Kosinski's "Being There."

Well then, you write about what you experience.  Or more often, what others experience and you steal, intellectually.  But is it stealing, really, if one is unsure about they're seeing, experiencing... what's real and what isn't?  When Reality just might be a Machiavellian construct of the Military-Industrial complex?  Or the Liberal Media. One of those two, I get them confused. 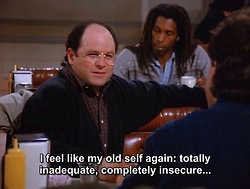 It's essentially the writer's corollary to the Philosopher George Costanza's insight, "it's not a lie if you believe it."

Which leads me to "How I Spent My Summer" and it's application for my ND Football prediction.  Maybe I really did this, perhaps not.

Here's what has happened thus far.  I think.

I am nothing if not a creature of habit.  Oh, and frequent intermittent trips to Orlando, America's most character-less city.


Plus one very clever movie, "Me And Earl And The Dying Girl" which no one here will likely see...  other than Perez / Thompson / Lindon / Rasmus.


At any rate, this is the pre-season for me... just words on a page blah blah blah - so pay no mind; I don't play my starters until Labor Day. 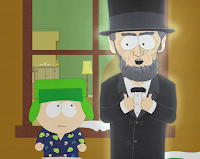 "He can compress the most words into the smallest idea of any man I've ever met."

Abraham Lincoln,
foretelling the Musings From 'A' Lot blog 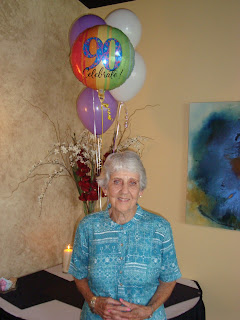 One thing I'm positive did occur this summer was the celebration of mom's 90th birthday!

And out of that 3 day family bacchanal, I heard the most heartwarming story about a young lad's ability to change - one that I think is most applicable to ND Football 2015, for all you still unsure whether coach Kelly can take us to The Promise Land despite his missteps thus far.

I believe he can.

At any rate, there was once a wee lad.  We'll call him Timmy.  And if Stephen King were writing this story, he'd have described the youth as a 'willful' child.

Head strong.  Continually acting out.
Given to bouts of profound frustration... with disturbing wall-banging - inducing impressive (if worrisome) knots on his little head.

In a word, disturbing.

Worse, he began hanging out with the more unsavory elements of his pre-school. Clearly, little Timmy was headed down a very dark path.

So what was a mother to do under those daunting circumstances?   Especially when all her other sons were so well adjusted?

Well, she didn't give up that's for sure.  With a strong faith and lots of "tough love" - mostly involving a sophisticated pulley system and application of early water-boarding principles - she cracked The Timmy Code!

And you know what? That lad turned his life around. He's now a world class film scholar, bon vivant and raconteur... a loving husband and father, he's a veritable pillar of his community.

And of course, a loving son.

So don't give up on coach Kelly.

In the spirit of setting a level playing field and in advance of the annual Lini Thesis, some things to ponder... factor in... as you develop your forecast.  Consider: 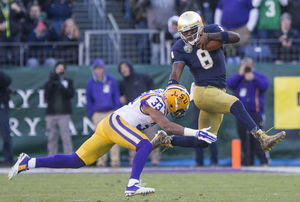 1.  What are the odds of Malik Zaire making it through the season without getting hurt?

3.  Are the alleged dramatic improvement in our safeties for real?

4.  Is the PGA experiencing a Renaissance, with all its Young Guns and despite Tiger's Duvalian Fall From Relevance?

5.  Can Kelly commit to a run-first offense?

6.  Can said offense really survive with only 2 RB's? 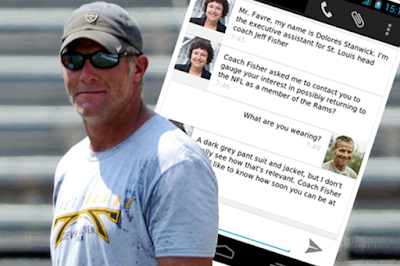 7.  And if so, will we be wasting a major strength at WR?

8.  What didn't Tom Brady want us to see on his now destroyed cell phone:

9.  Why would we schedule Navy the week before USC? 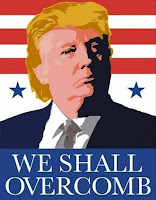 a)  God's Gift to the Democratic Party.
b)  The Catalyst for Republican Party unification.
c)  His next Reality TV project.
d)  The One True Sign of the Apocalypse.

11.  If we can't handle Navy's option, what's that say about our chances vs. bigger, more athletic Ga. Tech?

12.  How much does the Defense need Jerry Tillery to make an impact?

13.  No Ishaq Williams likely - will anyone even notice? 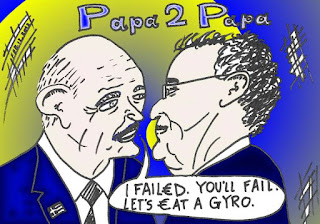 14.  Can the euro gyro be the basis of a sustainable economy?

15. How will Van Gorder utilize the Grace - Schmidt - Morgan axis?

17.  How ugly will the Clemson experience be?  And I'm not talking about the game.

19.  The number of 'A' Lot tailgaters at the November 14th Wake Forest game:

b.  Too many to count, we're BCS Playoff bound baby!

c.  Less than at the Fenway Park tailgater the next week

d.  Unless Tim Duncan's
playing, it will be the empty set.


20.  ND wins the national championship, you're delirious with joy. To celebrate, you impulsively run out and adopt a baby lion off the Dark Web.  Do you name it:

The Schedule - More Data for your Regression analysis!

With the rollover of the 2014 pool (paid in, to-date), the amount is $600; still waiting on the following scofflaws:
Checks may be sent to:

The calm before the storm:

1.  David Shaw.   Once a tool, always a tool.  Upon hearing of coach Kelly's comment that, realistically, all his players are at academic risk by virtue of the school's high standards, remarked "An unfortunate comments for the school and the program..."

What Dave - may I call you, Dave?  - failed to point out is that while his school, Stanford, is difficult to get into, it's almost impossible to flunk out of. 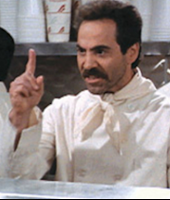 Ye, of the "ND Must Join A Conference Or No BCS Playoff Soup For You", three observations:
3.  DeAndre Jordan.  Changing your mind is a God-given right, upheld by the 2nd Amendment that states as long as I'm packing heat, especially in Texas, I can do ANYTHING.  And flip flopping on Mark Cuban might even be something to be applauded.  But hiding out afterwards? Ignoring the guy's phone calls?  G-U-T-L-E-S-S.

With Linipalooza* - Rasmatazz** quickly coming upon us, we'll be shooting a new blog cover headline photo for the 2015 season.  (Evidently, something about not having not paid SAG royalties to the current talent - maybe Scott Walker is right about unions.)

Your chance for untold notoriety, lucrative endorsement opportunities and sycophants prepared to do whatever you want.
Or so I've been told.

Harper Lee's been in the news this summer, perhaps you've read about it, with what was supposed to be her first book, a prequel to what was otherwise her only novel...  the oft-taught tale told by little Scout Finch, watching her Alabama town rally behind a lying drunk's lying daughter, who's up and accused an innocent African-American man of taking advantage of her. 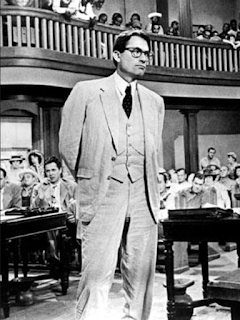 Lucky for Scout - who watches from the courtroom balcony as her lawyer father defends the man - she's got levelheaded pals by her side, including Dill, who is famously modeled after Truman Capote.  After a conclusion that leaves you both hopeful and haunted, toast to a sometimes sour justice system* with a tequila shot that's guilty of packing a dill pickle punch.


Pour the tequila into a shot glass, add the hot sauce, and slam that bad boy back before chasing it with a big chomp of pickle.  No tears allowed here:  if you can't stand the heat, get out of the South.  (Or the Midwest in August.)

*unless you're in Tallahassee and you're a Noles fan, then it's just fine all the time...

Okay he hasn't had the success that one normally attaches to this award and yes, he's still only 27 years old... but if there's a God, He will grant Jason Day this year's PGA Championship.  You gave him vertigo, how about a little, you know, quid pro quo?

C'mon, Buddy.  Make it happen.  Pull some strings up there.

Back to parenting - earlier you heard the story of one courageous parent's decision to do what was necessary to get her child back on the right course.  But you've all been there - with most of that successful childrearing in your rearview mirror.  How about a walk down memory lane.  Any of the following sentiments ring true?

Now, for sure, it's Jason Isbell, master of the small, powerful story -  and he's got a new cd worth checking out.

"You and I were almost nothing
Pray to God that God was bluffing,
17 ain't old enough to reason with the pain.
How could we expect to stay in love
When neither knew meaning of the difference
Between sacred and profane..."