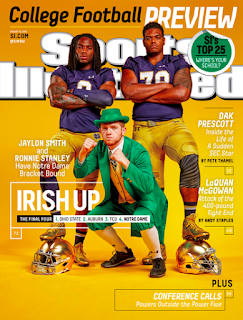 I consider this one of the most beautiful songs ever recorded.  And one of the most optimistic - the perfect song by which to place one's season wager -- with some dark liquor in hand, neat or rocks, to calm the soul with the assurance that your team is still undefeated and deserving of it's lofty Sports Illustrated ranking.

Okay, perhaps their valuation was proffered just to shamelessly sell magazines... despite having our an unproven QB and an important anchor of the defensive interior now out for the season.

But I digress.   Today's post is about reminding that wagers are due within the week.  The dream of being a winner... realizing one's potential... all jeopardized if ACTION ISN'T TAKEN SOON!

Speaking of dreams, for most of my 20's I had a singular concept of The Dream Job.

Not Bartender, Emeritus at Senior Bar.
That aspiration was quite literally demolished in 1982.

Not Voice of the Green Bay Packers, partnering with legendary pre-game Super Bowl II partier Max McGee. (He bought into Chi-Chi's, made millions and said goodbye to the Pack.)

Nope, it was France's Minister of Culture.

The basis of this vision was unassailably straightforward: this country worshipped Jerry Lewis - how hard could the job be?

At the time, the position was held by a fellow named Jack Lang (name, I believe, being pronounced like "Jacque Long").

I'd have changed my pronunciation if I got the position... to emphasis the 2nd syllable... Ter-Ronce, rolling the r's in a swarthy, not-to-be-trusted southern Eurpean fashion.

Or just Ronce to my closest friends and advisors.

At any rate, Jack was always seen dressing in the latest fashion while squiring around hot, aspiring actresses* and eating at the most exclusive restaurants.  He was, after all, Monsieur Culture.  He wasn't The World's Most Interesting Man - he was better.  He was French. 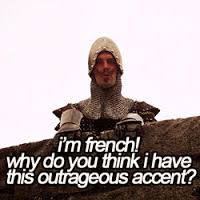 * well that's what the newspapers called them.

What did Jack actually do? What contributions to French Society did he make?   Who the hell knows?  More importantly, who cared?  Apparently, the French didn't!

Hello.  That's why it's called a dream job. 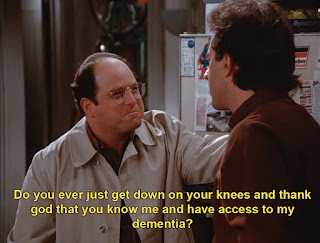 The point to all this is... absolutely nothing!

This is the pre-season!

When betting, The 3 R's (Rationale, Reason and Regression Analyses) are for Losers!

Do you think past Multiple Winners (see Brunett, Al) use any of those tools?

And from the supporting language that's accompanied the submissions so far, none of those appear to be factors. 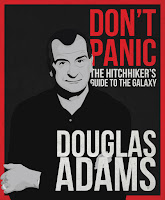 "I love deadlines.
I like the whooshing sound
they make as they fly by..."
Douglas Adams

The Schedule - More Data For Your Regression Analysis Guess...

Reading the Insider message boards, plan on seeing a lot of freshmen making a near immediate impact, although perhaps some more than others:


My candidate for the ONE GUY WE CANNOT LOSE:  Tarean Folston.
If he goes down, Kelly may be inquiring about ex-sprinter Jerry Wills' eligibility.

Winner, Winner Chicken Dinner
Updated!  Still looking for last year's money... unless you sent me money and my wife steamed open the envelope...
Checks may be sent to:

Used in a sentence:  With all the other important matters going on in the world, from market crashes to health crises of loved ones, Young Terry realized that football predictions represented spuddling at its finest.  But he thought to himself, "Dammit, that's who I am!"

1.  Michigan.  Okay, they haven't even played yet.  But they kick off on Thursday night vs. Utah with Optimism being the 'coin of the realm' in Ann Arbor.  Hey, they've got a new successful-wherever-he-goes-totally-antisocial-in-a-textbook-sociopathic-way coach.

But they're gonna lose.  And Harbaugh will not be happy.

And we haven't even started playing the games yet...

1.  Art Briles.  Or Chris Petersen.  Or maybe both.   You may have heard about the Baylor player recently convicted of rape and sentenced to 6 months in jail and 10 years probation... he was a transfer from Boise State where he'd been dismissed from that program.  Hmmm.  What did Briles know about this transfer candidate?  What did Petersen tell him? Unclear.  But one or both of you would seem to a) be not telling 'the whole truth and nothing but the truth' and/or  b) sold another piece of your soul for the sake of talented athlete.


2.  Steve Sarkisian.   USC coaches - the gift that keeps on giving.  Truth be told, if the guy has a drinking problem (and by all accounts he does), get help.


3.  Greg Bryant.  Enrolls at ASA Miami, a fledgling JUCO that even other JUCO's are asking, "where?"  And he's re-opened his recruitment.  Good for you, Greg.  Good luck w that.  This whole story just feels... sad.

*In southern Indiana, that is so unfair.  At least 2 of 'em were cousins - that doesn't count, does it?

Less than a week to the Linipalooza* - Rasmatazz** combo platter, a reminder that we'll be shooting a new blog headline photo for the 2015 season.

*If we ever get Washington for a home game, here's hoping can we expect Pearl Jam, Soundgarden, Alice In Chains...

An apple a day may keep the dentist away but the Devil's no doctor.  Paradise Lost, John Milton's 17th Century blank verse poem (no Dr. Suess rhymes here) was one of the first examples of Christian literature to paint Adam, Eve and your old friend Satan in gray strokes - less Good v. Evil and more like Complicated v. Conflicted.

Remarkably Milton didn't just write a 12-part book, he spoke it:  the author was blind so he had to dictate the entire text to some kind of angel.  Toast Milton's Godlike effort with a recipe that features a sinful apple at its core.  It'll be worth the price tomorrow morning:


Rim a chilled cocktail glass in sugar and set aside.  Shake the ingredients with ice and strain into the glass.  Prepare to pucker up after a sip of this sour sauce and contemplate the duality that is the ND football program. And maybe their players.

Apparently, the Budster has more sway in the Afterlife than I actually thought... I thank you and Jason Day thanks you.

And in a bit of poetic symmetry,  this edition's winner is recent PGA Championship loser, Jordan Spieth.

The screen shot below might've been my favorite moment of the tournament.  With that lag putt, Day essentially shut the door on any kind of van de Veldian collapse - and his closest competitor - a 22 yr. old - let him know, "well done."

That was way cool.

Thanks, Buddy.  And thanks, Jordan.  The sporting world has enough tools in it already and precious few genuinely good guys. 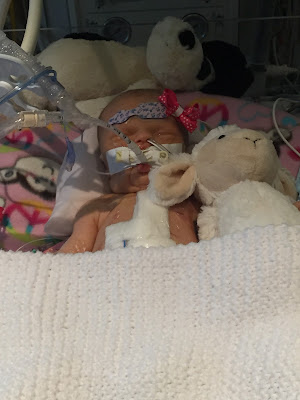 Allow me to introduce you to my newest:

Less than two weeks old and tougher than I'll ever be.

She's coming and she's not someone to be trifled with.