"And the rain came down.
It'll wash you away and it ain't never enough..." 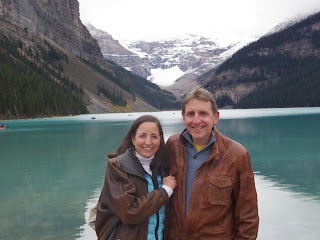 Dateline:  Lake Louise, Canada.  Truth in advertising:  I didn't see the Clemson game.  At least nothing before the 4th Quarter (and from the internet reaction, it sounds like I didn't miss much).

But that doesn't stop me from having an opinion, the first of which is this:  sports are like politics these days - everyone has a strong opinion and the potential for moving anyone off their particular point of view seems remote.

So depending on where you entered that Saturday night's game, attitudinally, your conclusion was probably one of the following:
And I'm not sure the Navy effort changed anyone's minds; certainly not by halftime. 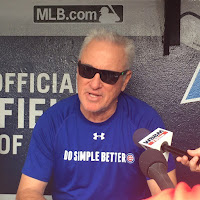 Candidly, I don't care which Church of Notre Dame Football Philosophy anyone attends.  Truth be told, I stopped listening to many of you a while back - being more focused on, well, almost anything else.

But this is the halfway point in the season, with arguably the 'make or break' game of the year in front of us, and time for reflection.  I say:

1.  Embrace simplicity in Life.  For example,a single malt is better than multiple malts! And in what your teams should aspire for:  block, tackle, catch, hold onto the ball. 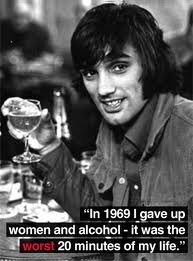 2.  Have options.  Like something other than ND football. May I suggest knitting or cross stitch?  It seems to work for my wife, every Saturday she is 'calm like mountain lake...' though that may be the port talkin'.

3.  Alcohol isn't the answer, especially while driving or coaching.  But in a pinch, it's a viable - and defendable - wing man.

4.  Understand that People Are Insane.  I believe this is self-explanatory.

5.  Practice this Italian expression, "brutto ma buono"  - ugly but good.  Use it during many of ND's November games. 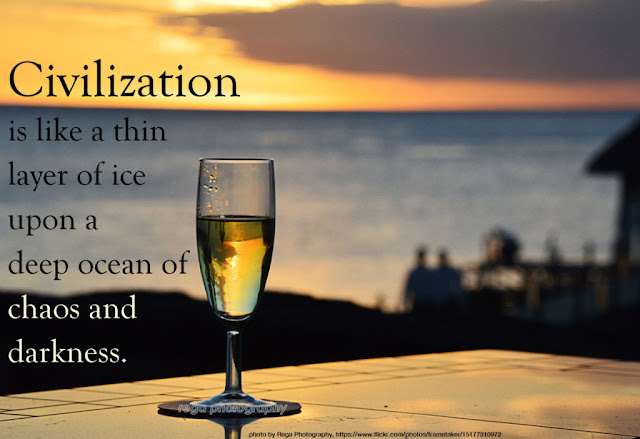 Werner Herzog
And so is ND Nation's psyche.

In absolutely no particular order:

1.  What is going on with Corey Robinson this year?

2.  Same question about Joe Schmidt.  Can we please have the 2014 version back?

3.  Ditto Max Redfield.  Can't blame everything on the broken hand, can one?

4. There are stretches when we surely are the worst tackling team in America. (Saturday night this will kill us.)

5.  Curious pass-heavy play calling in the Navy game.   Sending a message to SC, perhaps, about crowding the box?

7.  I listen hard this past week to Doug Flutie and while never to be confused with a top notch analyst, I still don't get ND Nation's ire.

8.  Navy's coach, Ken N-whatever, seems cut from the same grouchy cloth as David Shaw and Mark Dantonio... but it sure seems like he and Kelly have a ton of respect for each other. 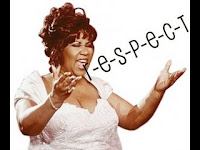 9.  Speaking of the R-word, as my brother Mike pointed out, if you were engaged in a drinking game involving how many times that was spoken by the announcers Saturday, you were hammered by half-time.  And suffering from alcohol poisoning by the singing of the alma mater.

But here's to you, Navy.  Increasingly, I hate playing you guys but sure do appreciate what you're all about...

10.  Coaching matters. See Maddon, Joe /  Harbaugh, Jim / Popovich, Greg.  And from the opposite side of the argument, USC (ever since Carroll, Pete left).  One can complain about ND's slow starts but not without also recognizing their 2nd half adjustments / substitutions.

The simultaneous occurrence of events that appear significantly related  but have no discernible causal connection.

No sentence but rather an anecdote:  Last week while traveling across the Canadian Rockies, taking in the beauty of the Great White North, we heard the story on one of the region's most indigenous creatures, the plucky beaver.  Why, I have no idea.  A rodent, often mocked by it's fellow woodland co-habitants for it's unfortunate dental appearance (one would've thought God would've cut the species a break and set them up in the UK where indifference to proper oral hygiene would've been a better cultural fit).

Fast forward to the end of our journey, Vancouver.  While biking around Stanley Park, what should we come upon but the site of the sinking of the SS Beaver.  Not exactly the Titanic but worthy of a not insignificant plaque and tons of pictures taken by the scores of Asians touring the city.  And it got me to thinking... another beaver tale. Hmmm.

Then, later that same day, while cruising the bohemian tourist trap known as Granville Island, we find ourselves in a culinary store selling Beaver Rub, an apparent seasoning so popular in Canada it's akin to a national treasure.   Sadly, I was not allowed to buy any.

Nonetheless, all these beaver references across hundreds of miles and unrelated contexts - The Universe Was Surely Sending Me A Message - but what did it all mean? 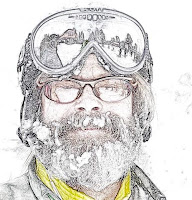 I believe now it goes back to that original reference - that resourceful rodent so associated with building dams and critical, if under-rated, guardian of the wetland ecosystem...

Dams!  Water!  That's it - Canada was foretelling The Coming of Matt Lindon, Mr. Dam Safety, to the USC game.  Hallelujah!

And if he's coming, why aren't the rest of you?

Truth be told, neither of the last two weeks have manifested anyone especially inspirational, outside of Prosise who seems to get better and better as an actual running back.

But I did read about someone who, in his passing, I did find quite inspirational.  Funny thing about obituaries. 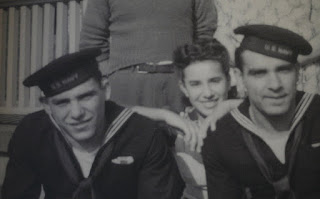 But he's also the guy that in a seven year span, won 3 MVP's, finished 2nd twice and 4th once.

Someone wrote upon his death, if you took Buster Posey's career and tripled it, you'd have Yogi.

But that's not even the most compelling part of his history*, which is this:  at age 19 he was on one of the first boats hitting Omaha beach at Normandy.   Yowzer.

Already in the Yankee farm system, I wonder about all the professionals who (seemingly) joined the war effort immediately.  A different time to be sure - and maybe the war seemed more threatening than what we react to today, but one wonders, would any of our highest potential athletes volunteer at 19?  Bryce Harper?  Patrick Kane?  LeBron?

*maybe the 2nd most interesting thing: the 1st being while growing up in his St. Louis neighborhood, The Hill (where all good Italians lived), he would play catch with Josie Minnella, Lisa's aunt.


Winner, Winner Chicken Dinner
Sorry, Kevin and Brian.  I can understand your angst.

The list dwindles down to...
Checks may be sent to:

1.  USC.   When it rains, it pours.  How ironic of an expression for a party of the country that hasn't seen precipitation since the Bush administration.   But as human decency won't allow me to place Sark in the next section - honestly far too sad for me - I will revel in them losing yet another age they were double digit favorites.

(And note to the ND defense:  hit Kessler early and often. And watch him fold.)

2.  Northwestern.   A nominee just for the sheer novelty.  How often can one cheer against them?  Virtually never and certainly not while playing Michigan.  That said, they needed to be taken down a peg.  And coach Fitz is one of those card carrying "I hate ND" kinda guys.  So I'm succumbing to temptation.

3.  Oklahoma.  Some of you like to point out my affection, historically, for Mark Richt, a swell guy who, in Big Games, now makes Brian Kelly look like Vince Lombardi.  But may I point out that Bob Stoops, at one point the apple of ND Nation's eye, hasn't exactly been setting the world on fire either?

1.  Brett Bielema.  As many of you now, I'm a fan of Wisconsin.  Home of the Packers. And The Violent Femmes.  And cheese.  Lots and lots of cheese.

So I am always delighted when anything is done to purify that state's gene pool - like Brett Bielema going all 'natural selection' and finding his rightful place in moral backwoods of Arkansas.

This week's proof that he's where he belongs:  his instigation of a penalty by blatantly flopping,  FIFA-like, on an Alabama O-lineman.  Of course, the SEC ultimately did nothing about it, stating (and I'm paraphrasing), "he made a poor decision and said he was really, really sorry."  Oh and his team still got spanked.  Have a look:

2.  Michael Bennett.   I believe God has a special place in His heart for the truly stupid, especially if when they seem be ultimately harmless.  So when Bennett says he hated Matthew Stafford because "he's from Dallas and they killed the president...", I know that God loves him and that it's just the oxygen-deprivation-at-birth talkin'...

After all, and I believe I can speak for many Lions fans, there are likely many other on-field reasons to dislike Mr. Stafford.  But being from Dallas isn't one of 'em.

3.  James Harden.   This week's "Just Shut Up" award to the guy who still feels compelled to say he should've been the NBA's MVP last year.  A)  No one cares about last year.  B)  Scoring doesn't equal value (did you even pay attention during the playoffs?).  C)  You just signed a $200M contract with Adidas, how petty do you need to be?

4.  Thomas Johnson.  Who? A former Texas A&M WR arrested for murder.  Yikes.  But it gets better, if by 'better' one means frighteningly gruesome.  He hacked a random jogger to death with a machete.  I guess everything really is bigger in Texas. And in The Understatement of The Year, the arresting deputy chief offered this, "He just attacked him... it's very unusual..."  Ya think?

And it makes one pine for the days of good ole academic fraud.

5.  Rick Pitino.  The increasingly cadaver-looking head coach of Louisville basketball is shocked - shocked! - about the allegations that one of his staffers hired strippers exotic dancers to have sex with his recruits, despite there being confirmation from several of the lads themselves.  This from the man who gave a woman $300k to have an abortion after having an affair with her. The expression, "pot meet kettle" springs to mind. 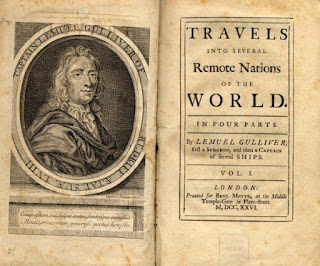 Your grandparents knew Gulliver's Travels as a morality tale wrapped in droll travelogue: an Englishman lost at sea stumbles upon a handful of bizarre lands in which is by turns the biggest and the smallest creature for miles, leading him to question everything from patriotism to religion to his very definition of home.

Which sounds almost exactly like an extremely surreal Halloween night episode I had sophomore year, after a Wapatula party in Farley Hall.


That aside, you know Gulliver's Travels as the critically panned, audience-ignored film that featured Jack Black putting out a fire by peeing on it (hope you took off the 3-D glasses for that!).

In our beachy keen nod to the hero washed ashore, choose your own adventure with a Lillaputian shooter or Brobdingnagian* cocktail.

*In ND parlance, Brunett-ian (read gigante) sized.
Shake the ingredients with ice and strain into an empty rocks glass; this goes down in a single swig.  For the bigger, Brobdingnanian variation on the above, double all the ingredients, shake with ice, and strain into a cocktail glass.  A little seasick?  Eyes on the horizon, sailor.

30 years with the woman whose sense of humor (she married me, after all) is only matched by her sense of tolerance (she likes all of you), this one's for you, Lisa Ann:

What did I do to deserve you, indeed...

Incidentally, for the music-o-philes, I reiterate:  run, don't walk, to watch the 8-part Sonic Highways series.  Even if you're not a Foo Fighter fan, the documentary is a really fascinating profile of the music history in important US cities:  Chicago - Washington, D.C. - Nashville - Austin - New Orleans - Los Angeles - Seattle - New York.  Very, very interesting.

Beautiful.  (And they get US sports on TV.) 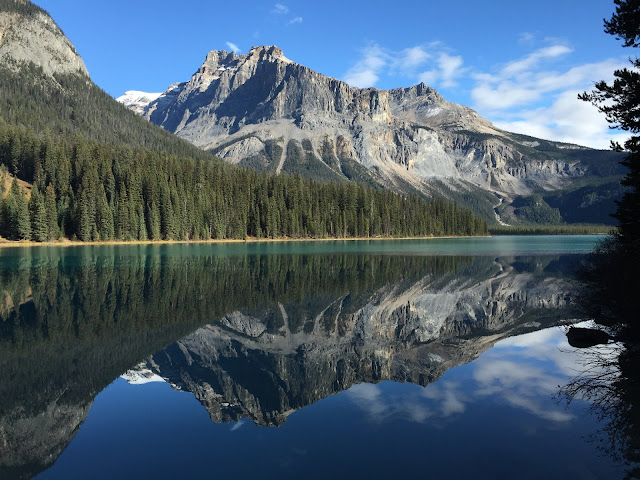