"Catching an all night station, somewhere around Louisiana
Sounds like 1963 but for now, sounds like... heaven.
May the wind take your troubles away
Both feet on the floor, two hands on the wheel.."

I knew it was going to be an interesting week.  And that was before 'Ungie Does Paris' and I almost hit Doug Flutie with the family car.  In my defense, "right turn on red after semi-stop" is a recognized - and respected - action in Indiana. (I did tell him I was sorry and he took it well, I just think he expected his day-glo skin to be a sufficient beacon.  I also don't believe it was his first time he experienced almost being run down.)

The game was disappointing, to be sure, a workmanlike 21 point win (and when have we ever said that, this time of year?) But given what seemed to occur around the country, one wonders whether it's time to revisit that old chestnut - they're 19 yr. old kids! - and wonder if this isn't a time of year where, after 10 weeks, concentration flags a bit and winning is more a matter of survival than outright optimal-performance conquests.


Beyond Oklahoma (and I'm not convinced they're not just 'the tallest midget in the B12 class') not a lot of impressive wins.

And the same might be said for the Big 10 and the SEC - beating each other up is so impressive... why?

"And do not suppose that this is the end.  This is only the beginning of the reckoning.  This is only the first sip, the first foretaste of a bitter cup which will be proffered to us year by year unless by a supreme recovery of moral health and martial vigor, we arise again and take our stand for freedom as in the olden time. 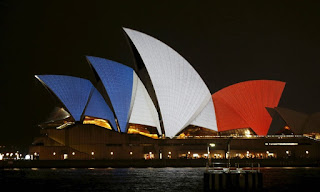 This could be about Notre Dame's annual BCS playoff challenge.  But it isn't.

And happy to have you safe back home, Mark.


I watched a lot of football on Saturday.

I also drank a lot of fine Spanish wine (thank you, Raz).

Hung out with Le Famiglia Castellini in ridiculously nice weather.

A magic combination, one that doesn't necessarily make for intelligent insight but food for thought nonetheless.
* Josh Adams is good. Probably gonna be really good.   But he's not Prosise in terms of vision and instinct (which is remarkable to say about a guy who never played the position before.)

* The Big 12 - what they lack in defensive acumen, they make up for in chippy, mouthy athletes.

* This is counter-intuitive, I know, but... when Kizer struggles (as he did last week), it's almost reassuring that he could ultimately be the real deal, that he's not a mirage, a flash-in-the-pan.  Especially when he delivers late in the game.  Time will tell, I know...

* Speaking of counter-intuitive, why is it we never play particularly well on Senior Day?  It's not like we schedule that daunting of an opponent.  One would think we'd come out sky-high and blow people away.

* Has anyone watched any of the Showtime series on ND - the 30 minute 'Hard Knocks' type weekly documentary?  It's pretty compelling - and flattering.  Many of the episodes are available on You-Tube, check 'it out - and I love that it qualifies it with the 'viewer discretion advised' (huh?):


* For anyone complaining about the NBC announcers, watch a few more games on other channels and appreciate what we got.  The announcing talent out there, outside of Herbstreit (whom I like), is god-awful.

* No one but me is paying attention - or cares - but Indiana would probably be undefeated if the games were only 3 quarters long. Last week's Michigan was another one - I don't know if UM is lucky but they are resilient.

* Handle this coleslaw:  Iowa could be BCS bound by beating absolutely no one but the Big 10 conference championship opponent.

* Not an observation but an apparent statement-of-fact:  4 out of our 5 O-linemen are dealing with high ankle sprains, severely inhibiting one's ability to push off with any strength.  Probably takes a minimum of 3-4 weeks to properly heal.  Keep that in mind when you curse them over the next two weeks for not controlling the line of scrimmage.

* Who thinks Kelly leaves after this year?  Who wants him to?  I don't.  He's putting together another (probably) underrated recruiting class, seems to have a number of (not all) strong coaches who both recruit and teach... and the depth is undeniably impressive.


For as good as last week was, the outcomes this past weekend were almost equally disappointing for ND.  Too many near misses and too many of the teams we needed to keep winning, didn't.

But there are still many meaningful games to play over the next three weeks.   And while the learned BCS Committee continues to ponder variables such as Strength of Schedule and winning 'style points', I wonder if any of them ever bother to check out how much everyone's opponents have to prepare for their games.

It's become axiomatic that Notre Dame gets everyone's best game.  No doubt.

But that dynamic certainly gets a major boost when the schedule makers are allowed to set up their preparation for the Irish with practically a bowl-like level of advance planning.   The last several games have been especially ridiculous in that regard.

But I digress.  Stanford, you had one job. And you couldn't even do that adequately.  ND now has to a) win and b) hope the Big12 knock each other off. (I, for one, do not believe we get the nod if Oklahoma St. wins out or even if Oklahoma wins in impressive fashion... especially as I do not anticipate us dominating either final opponent.)


Carthaginian peace (n.)
Used in a sentence:    Despite his affection for the city of Boston and similarly recognizing the unfortunate historical ill will between the two justifiably proud Catholic universities, young Terry still prayed that ND might make a Carthaginian peace with the BC reprobates.

If was I was even remotely linear - which I'm not - this week, I'd be touting the 3 sack effort of Romeo Okwara, he himself something of a pleasant surprise after all his time at ND being, frankly, not much of anything.  Now, apparently, he's our Lawrence Taylor.

But this being Senior Day,  Buddy's bud has to be Our Man Sheldon Day.  And his mom. Check out this video of their senior greeting.  Fantastic.

But not for that alone - he's been pretty much a stud week in and week out, for a few years now.  So call this a Lifetime Achievement award.

You da man, Sheldon.  And you da mom, Carol! 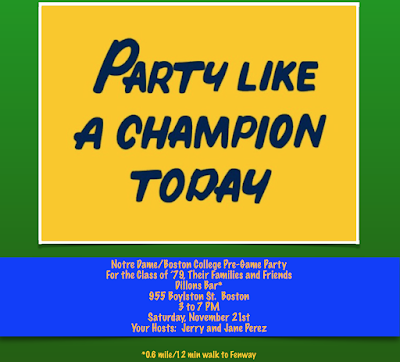 This is fun!  (For once.) Next stop vanquishing the 9-Win equivocaters...

* 2 games left.  Au revoir Blair!   And enjoy last week's "Fifth With a Friend" recognition, Garrett.  (In truth, I was extremely impressed. And a little frightened. I'd like to see your partner, but perhaps from a distance.)  After this week, you ought to be in the 'All Others' circle too...


1. Baylor.    I suppose you can justifiably cling to your 'but we didn't have our starting QB' lament.  Ha.  Talk to me when you're on your 3rd string QB...

Truth be told, up to today, I had nuthin'.  Consider that for a moment... no one exhibiting bad behavior - oh sure, I could've wheeled out the Martin & Lewis of pro football (Jerry Jones and Dez Bryant). Or picked on Mr. The Hills Have Eyes, Brett Bielema, but where's the sport in that?!

Until I found this dude.

And I didn't even have to leave the state of Texas. I may have to temporarily rescind my plea for them to secede.

Typically this dearth of nuckleheads and reprobates would be cause for societal celebration.  Unless you're me.  Content is King.

(For Whom The Bell Tolls, 1940)
By Ernest Hemingway 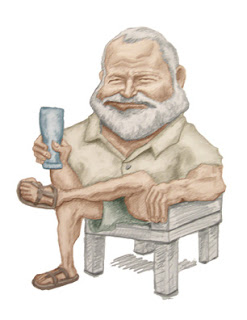 You'll need a drink for this one, a clench-jawed war classic that follows one Robert Jordan, an American abroad during the Spanish Civil War, and part of a daring underground mission to destroy an enemy's bridge.  With a reporter's unflinching eye for the miseries of battle, Hemingway tells much of the novel in an English idiom that feels directly translated from Spanish, with a distractingly choppy narrative that's worth the slog (lest you miss the earth-moving sex scene midway through).

You'll be a prisoner of more to our cocktail, featuring Spain's own sherry.  Serve the result and you'll be building more bridges than you burn.
Combine at the sherry and the sweet vermouth over ice in a rocks glass.  Stir well and add the bitters.  Serve to a longtime rival (perhaps while in Boston next week?) as a peace offering - and offer to take the first "poison control" sip.

When we say, "Go Irish!" what, in fact, do we actually mean?  The common expectation is of the "Rah team, good on you, mate - go vanquish that clearly inferior opponent... for God, country, the alma mater - and if you could cover the spread the missus would be most pleased" variety.

But couldn't it, on the rare occasion, mean "Go! Leave my presence!  Bugger off!  Could I be more clear, you irritating mick?!  And could you please just stop talking - your incessant chatter... you think it's charming but it's not - do you even realize you're talking out loud - is driving me loopy!'

Granted, that latter feedback may be something only I've experienced.

But I digress.  "Go Irish!" could be taken perhaps even more literally as an opportunity for a certain Northern European ethnicity to consider exploring, on occasion, other geographies.

And so we Clan Corrigan (Valpo chapter) shall.  Just to Boston, unfortunately.

Turks & Caicos, here we come!  And who to provide us with our own anthem than The First Band of Irish Punk, Stiff Little Fingers. (With any luck, next week's report, while making even less sense than usual, will have the benefit of being imbued with a pleasant island rum 'n fruit juice scent.) 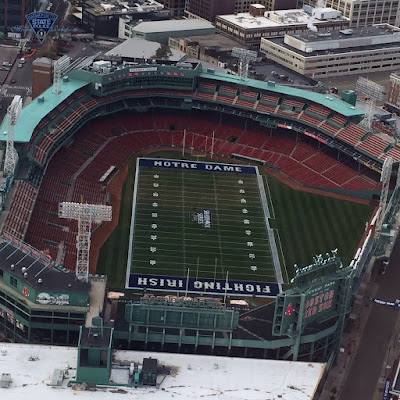 As the Roman mothers used to tell their sons, "Come back with your shields.  Or on them."

(Sentimental, they were not.)