Week 11: Midnight At The Oasis


"I don't think on 'why I'm here' or 'where it hurts'
I'm just lucky to have the work.
Every Sunday I'm too tired to go church
But I thank God for the work..." 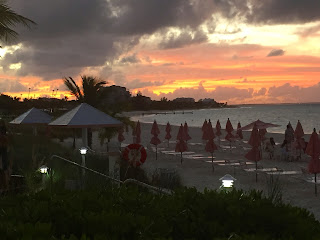 Dateline:  Providenciales, Turks & Caicos.  Happy Thanksgiving, everyone!  May this post find everyone happy, healthy and enjoying a cornucopia of... whatever you want your horn to be 'o plenty of.  Presently, mine is rum.  But more on that later.

I am thankful for a ridiculous number of things, including, like Jason Isbell, to 'have the work', which I'd consider this blog to a part.  Thank you all for giving me a small-but-meaningful audience to write for. Your ability to laugh at nearly everything I write, irrespective of whether you actually understand it, is both rare and impressive.  And your demographic would be an advertiser's wet dream if one should ever go that route (I do have retirement to think about, after all).  Finally, you're saving me thousands in therapy bills.

Fun fact: did you know that this is my 123rd blog posting? Spanning... well, a surprisingly lengthy period of time and a prolific amount of rubbish generated. I don't wish to brag or boast but with 51k+ page views, Google Stats would suggest I'm a pretty big deal in the Ukraine.  This should not be news to anyone - given my well known love of Russian authors, fascination with Pussy Riot, anarchical ideology and alcohol-fueled fits of despondency.  None of which are mutually exclusive, one hastens to add. 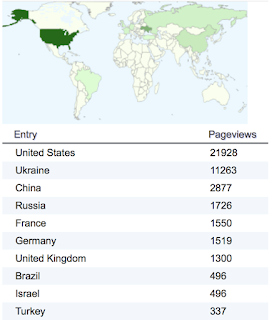 But that self-aggrandizement also comes with a confession: this week, there was serious consideration to recycling one of those pages as filler, being on vacation and all...

Don't be so shocked - it's not like I'm Mr. Original Thought and you guys sure aren't Masters of Observation.  I can barely remember what I write from week to week, how could you?  Plus the fact is, many of the themes I wrote five years ago are sadly still, from time to time, relevant.

So call it a victimless crime:  I change a few names (e.g., the QB and D-Coordinator), a few jpegs, a song and bam! I'm in business.  And you, dear reader, are none the wiser.

Boy, if I had a nickel for every time I thought that about you. 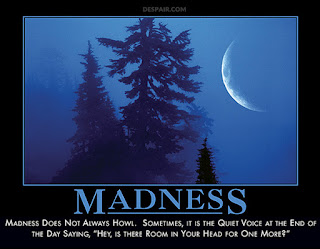 That strategy all changed when we hit the Caribbean and immediately discovered several interesting concoctions, including Mango Bango, Mojito Mama and my favorite... what the locals call, "Balashi Pau Pau" which, loosely translated, means "chill, mon, the paralysis is only temporary."

So checking scores and listening to the wait staff say,"trust me" quickly became The Island Way.  The Force is in deed with me.  With the Irish, apparently not so much.  Following the game on Twitter and Yahoo Sports was painful enough, I can only imagine what it must've been like in person.

Therefore, with the massive caveat of having not seen a minute of Saturday night's game, let me say this:  if we don't make the Final Four, we have only ourselves to blame. Especially in light of looking at the other candidates and applying logic where none will ultimately be warranted... the last few weeks have been big time opportunities lost as no one else is exactly tearing it up relative to Vegas expectations:


Look at The Flavor of the (last) Week, Oklahoma:  big win last week against an allegedly strong team albeit with a back up QB.  Watch them rise in the polls!  This week, a 1-point win over another team not even in the top 15, also playing a back up QB, and they're even more awesome?  How does that calculation work? 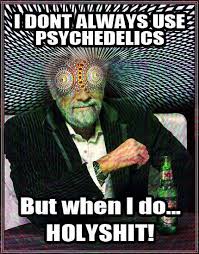 Or Clemson, who beat ND's last week opponent by less than we did - at home - and their victory is considered 'taking care of business' while ours is a disappointment.  Hmmm.

Every marketer knows the adage, "perception is reality" but someone's lacing The Committee's coffee w. something considerably stronger than Bailey's.

That all said, it's hard to believe at this point, if ND gets left out, they'd have been shafted.

Quote of the Week- I

"Mom and dad wanted me to do this game. They had this game circled on the calendar,"

Losing one parent is tough, losing two within an hour is catastrophic. Irrespective of what one thinks of Mr. Flutie*, his announcing skills, his unnatural tan or any other perceived slight, working that night was pretty amazing - and no doubt typifies how important that game was to the BC community.

And to have to provide commentary about such an ugly game on top of it, well that's just cruel.  How many times during the game must he have thought, "I wish I was anywhere else than here."

If it's any consolation (and most assuredly it is not), Doug, you weren't alone in that sentiment.  Nonetheless, our sincere condolences.

*I still feel bad about almost running him over last week.

Quote of the Week - II


Watch me comment on a game I didn't see!

* First of all, before we spiral down into the disappointment of a game that coulda shoulda woulda been a route, how many of you would've taken this scenario on August 1st: 10-1 and 6th in the BCS poll going into the final game vs. 9th ranked Stanford?  Other than the 12-0 loons (sorry, Kevin and Brian).

* Has midnight struck for Cinderella Kizer?  Or is this just mental fatigue-driven, Castellini-esque regression to the mean?  Either way, not great at this time of year.

*  Now I understand why Will Fuller announced he was staying for his senior year.  (And if he had any second thoughts, this should've cleared that conflict up.)

*  BC's coach apparently has quite the potty mouth.  If he was ever auditioning for the ND job - and I've seen his name speculated (granted, among dozens of others), that's not the way to lobby for it.

* For everyone pointing the finger at Kelly for Saturday night's implosion, are you blaming the INT's and fumbles on the coaches?  The 4th quarter defensive assignment lapses?  The injuries?  Are you going with the 'they just weren't prepared' rationale?  Just curious - remember I didn't see any of the game, what do I know?  But when you fill the blue book, please show your work and cite your references beyond the Potter Stewart "I know it when I see it" support.

* Looking forward, who else is nervous about ND playing a nationally televised night game over the Thanksgiving weekend that involves a Heisman Trophy candidate on the other team?

* That all said, Kelly & Co., it's showtime - it'll be interesting to see how you look Saturday night when motivation shouldn't be an issue.


Ugh.  At this point, do we call this past weekend:


Here's what I've learned after three weeks of this exercise:


TC's prediction:  ND has to win by at least 14 to have any chance.

Used in a sentence:    With one game left and yet another key starter down for the count, Young Terry began to wonder if the 2015 season wasn't going to represent one grand Pyrrhic Victory where, ultimately, no one looks back on it with any sense of accomplishment.   Which would be sad. And wrong.

Has a non-player ever been selected for this award?  I'm pretty sure there's been no one chosen at times.  Those would've been during the Weis Years.

But with a game as underwhelming as it sounds it was, one must think-outside-the-box (or the Fenway Park, as it were). And no, I'm not talking about Wes, the bartender here at Hemingway's, maker of The Absolutely Perfect Mojito - although, given that timing is everything, he'd be a more than credible candidate.


No, I'm talking about the man who arranged The Highlight of the Night - and tempted Fate by having it at a venue as dubiously named as Dillons (in Boston, he may as well have had it at the site of the Salem Witch trials)  - Jerry Perez!

And from all the comments I saw, this song just seems apropos:

There is a party and everyone is there...

It's hard to imagine that nothing at all
Could be so exciting, could be so much fun.

On behalf of everyone there, Jer, bravo! 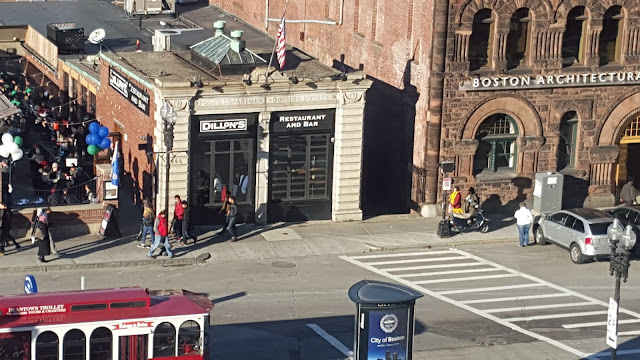 The definition of conflicted:  win the game or win the pool?  Of course I jest.  I'm not conflicted at all.

1. Ohio State.     Words cannot describe how The Nation felt about this team losing. But 'ecstatic' would be a nice start.

2.  Oklahoma State.  A necessary domino that had to fall - and one that should've helped us more than it did.

3.  LSU.   This never gets old.  And it's surely gonna cost Les his job.  But look on the bright side, Tiger Nation, you may have a Jimbo as your leader next year.

3.  USC.  The good news is we can all go back to rooting for the Trojans to lose.

1.  Ezekial Elliott.  Demonstrating what's known as Buckeye Leadership, their Heisman Trophy candidate gives the media an immediate "I am sooo outta here" statement after the game and throws his coaching staff under the bus (for not utilizing him enough) while he's at it.

2.  Urban Meyer.  Demonstrating what's known as Buckeye Leadership, their Coach of the Year candidate does absolutely zippidity-doo-dah to said Heisman Trophy candidate after his little "it's all about me" exposition, invoking the Greg Hardy Guidelines which stipulate that if one is an elite talent, mortal rules don't apply.

Could there be a more vacation-perfect offering... 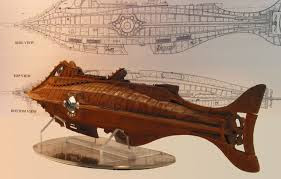 Translated, adapted, sometimes even copied (see: Finding Nemo, among others), this dazzling adventure by Jules Verne, the French father of science fiction, was shockingly prescient in its depiction of future underwater technologies.  A time-tested tale of "Boy meets Fish, Fish turns out to be Secret Submarine, Submarine never lets Boy leave because he knows too much,"   Twenty Thousand Leagues sends readers into a chilly ocean depths where they meet eccentric scientists, memorable sea monsters and one very unforgiving whirlpool.

Which sounds just like my experience with Pat Jordan at Flaherty's home after Mr. Sullivan's wedding.

At any rate, swirl up your grandfather's Sea Breeze recipe with a little carbonation - and settle old scores by serving this one with calamari.
Combine the vodka and juices over ice in a highball glass.  Fill to the top with the club soda.  Drink slowly to avoid the bends - and come for air every now and then, Diver Boy. 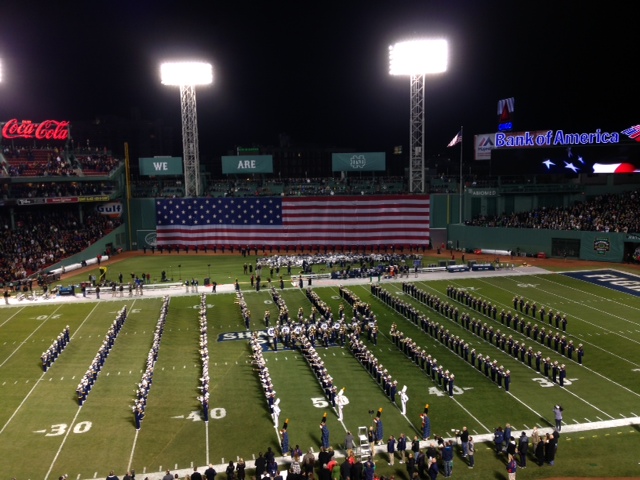 Back to being thankful... again, Happy Thanksgiving everyone! 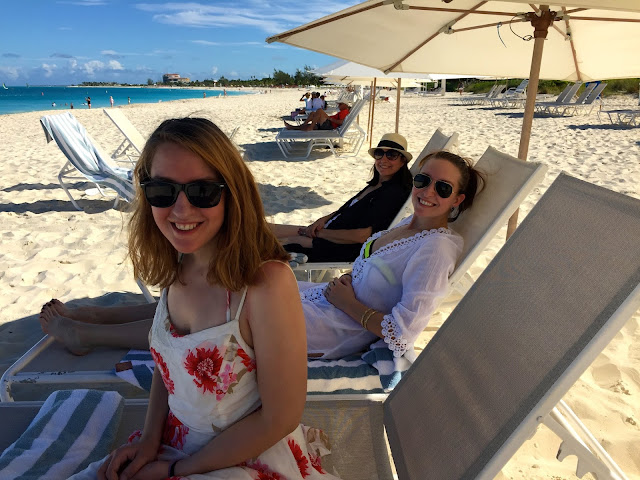