Week 2: Nothing To See Here

Praying for it all day, fighting for it all night.   The rare lyric that applies both for Notre Dame's week past and the weekend ahead. 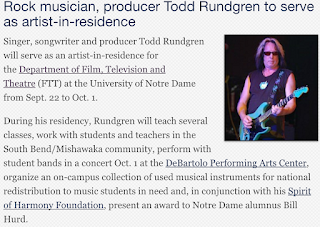 I think it's fair to say ND Nation's collective confidence was shaken after Austin but Week 2 of the season proved to just be the tonic - I had forgotten how this particular week of the college football schedule has become the universal "Bring Your Patsies To Work" Day.

So not a lot to get inspired by either in South Bend - inaugural tailgate surely notwithstanding - so forgive me while I free associate throughout this editorial...


Tales From The Steamer The Cornfield:

Lucky for me Saturday afternoon found me, in all places, basically a cornfield.  At a really cool cousin's wedding. Think 'Field of Dreams' except for no Kevin Costner, Ray Liotta, James Earl Jones or Burt Lancaster.  And no baseball.  Or daddy issues.  And not actually even in Iowa.

So really nothing whatsoever like Field of Dreams.  Except for awesome real life people with farming as a big part of their lives, like the aforementioned groom and my other way cool cousins.  But with an impressive marquee.  And a bar.

Stepping outside that tent, into the quiet of Vast Rural America did I have the opportunity to think about Other Greats From Iowa I've had the pleasure to know from the college years, like: 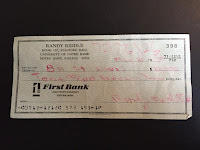 *  Randy Riddle -  Mr."Sorry About Breaking Your Table - Will $10,000 Cover It?"  He was like a mythological creature who just appeared, seemingly innocuous, but ultimately leaving a trail of carnage in his wake and then disappearing.  I think he said he was from eastern Iowa.   I'm not even sure he was from Earth.


*  Dave "Corn" Nix - high school and college friend.  Nicest, most normal, guy in our 4-man suite.  By far.  Which isn't setting the bar terribly high. But a great guy nonetheless.

* Ray Volk - the guy who a) made the marching band look cool, b) made Senior Class Trip even more interesting than it already was and b) took me to my first Tubes concert at Park West.

The last event changed my life.  Not for the last time either.

So as ND game (and their apparent proficiency progressed), this song rang in my head:

Look around tell me what you see,
The sky is blue and the trees are green.
But what you see isn't what it seems
It's all part of a cruel scheme.
So it begins, fantastic delusion...
Let's hope not.

*  Nevada is... not good.
*  Folston is probably the 3rd best RB on the team.
*  But Josh Adams?  Looking good.
*  Ditto CJ Sanders.
*  Not looking good? Nick Coleman.
*  Really not that crazy about the number of times Kizer runs the ball.
*  The lack of discipline on the D, early on, was appalling.
*  Tirico & Flutie - not bad.  And Doug's radioactive skin seems to have stabilized.
*  Biggest cause of optimism: the chemistry between Kizer and the WR's just keeps getting better.
*  Biggest cause of pessimism:  D. Butler, M. Redfield, S. Crawford.   And we're only 1 of 3 FBS schools that haven't registered a sack yet this year.  Hmmm, no pressure + a secondary full of guys that were in HS last year. Oh boy.

* And no more 2 QB shuttle.  Big mistake quickly averted. We're back to making lemonade out of a lemon-like decision... successful course correction!

This swift decision reminds of the first time I visited the Vasamuseet, Stockholm's - dare I say one of the world's - coolest museums.  A little backstory:

Back in 1628, the world - such as it was - was always at war.  And Sweden was a pretty badass player in those confrontations.  Ever wishing to raise his military game, King Gustav II commissions the Mother of All Warships.  The royal shipbuilder says "I'm on it" and swiftly delivers a majestic, aquatic killing machine. 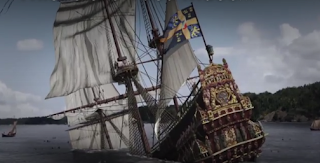 Its maiden voyage: out of the harbor it sets sail aaaaannnnddd... a strong wind comes and blows it over.  Boom. Game over. Straight down to the bottom of the bay.

Not even out of the harbor.

No soup for you, Mr. Royal Shipbuilder! 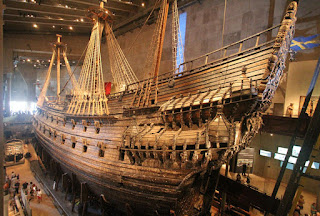 The Vasa lays at the bottom of the harbor for 333 years - being weirdly, nay perfectly, preserved in the unique brine of the Stockholm waters - until a wealthy philanthropist funds an ingenious method of passing huge cables underneath the boat, giving it a big tug, whereby raising it to the surface and towing it to shore.  Where they simply erect a building around it!  Voila - instant museum!  I recommend anyone checking it out, you won't be disappointed.

* if you just discount the 300 year hiatus on Sweden's part.

Used in a sentence:   Watching his 91 year old mother, with her Irish green cast, shake a leg with the groom, Young Terrence wondered whether her doctors had contraindictated the combined and perhaps deleterious effect of combining white wine and pain killers.

"How do you keep the natives off the booze?"

I've wondered that myself.


What Does 2016 ND Football Success Look Like To You?

For those 11 win aspirants, this song's for you.
Get past this weekend and you would seem to be safe for ~ 1 month...

A tough week for reveling in other's failure when they're all scheduling Mother Teresa's School For the Blind.

Oklahoma State.    I kinda feel bad for how you got jobbed (see below).  Kinda.  Not really.

TCU.  Boy, can The Big 12 be relegated out of the Power 5 category?  If Oklahoma gets pasted by tOSU this week (and I'm betting Urban has those guys ready to do so), look out...

The State of Georgia.  Okay, neither Clemson or Georgia actually lost.  It just felt like it, with the Tigers beating Troy by 6 and the Dawgs escaping Nicholls State by 2.  Eek. Unfortunately both are maintaining their commitment to Schedule o' Cupcakes for another week.  But it's looking like they'll both be here soon for real.

Terry's Trolls
One would think that with a don't-break-a-sweat opponent this week, the masses would be relatively well behaved.  And yet we have:

1. MAC Refs.   OSU tries to kill the final :04 of their game, up 27-24 over Western Michigan.  But they're called for intentional grounding, which is loss of down.  But the rules state that the game cannot end on an accepted penalty, allowing the Chippewas to score the winning TD on an improbable play.  Game over.

Except it wasn't the correct interpretation of the rules.  Oops.  And I thought ND got screwed last week.

2.  Jim Harbaugh .   Just when you thought Jim's ability to be a newsmaker couldn't get any more perverse, there's Booger-gate...  evidence of the coach snagging - and eating - a boogie.  On TV.   Ewww.  He emphatically states, in the most Clintonian of denials, "I did not have consumption with that booger..."  Incredible.  I weep for both him and our media.

3.  Bob Diaco.  Most ND people these days pine longingly for the halcyon days of coach Bob's 'Bend But Don't Break' defense.  Very few long for his head coaching expertise.  And with apparent good reason, having lost last week's game by running the ball on the 1 yard line with :17 left and no time outs.

4.  Jeff Fisher.   The epitome of falling upward:  with Monday night's 28-0 pasting by the 49'ers, coach Jeff has secured 3rd place as the losingest coach in NFL history - with a solid chance at being #1 by year's end.  Impressive - he hasn't coached that long.  More impressive:  how does he keep getting hired?  A fine USC Man.


4.  Matt Lauer.   This just couldn't go unrecognized despite my profound trepidation of going into anything akin to political waters... but with the greatest Reality TV fast approaching - the Presidential debates! - could you have been any more vacuous in your questions to both Hillary and Donald?

ND didn't have to score 40 points to win this game.  So they didn't.  And with the game over by the end of the 3rd quarter (actually halftime), it's tough to identify a definitive Buddy with a ton of players getting a lot of much needed game experience. 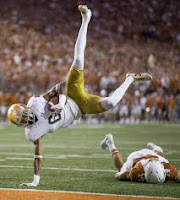 Josh Adams could certianly qualify, especially since Tarean Folston decidedly doesn't look the same (yet, maybe ever).  And Jarron Jones had a really impressive interception as part of a strong game.

But the nod goes to Equanemious St. Brown.   6 catches, 85 yards isn't necessarily headline news but for the second game in a row, he's seemed to be the initial 'go to' guy that gets the passing game untracked.   Clearly, Kizer likes him.  And one would assume their chemistry is only going to get better.   It bodes very well.

While this is a very big weekend for ND recruiting - a bunch of important, highly rated 2017 recruits are going to be on campus - my attention has been drawn to a certain candidate whose name has appeared rumored on ND message boards. 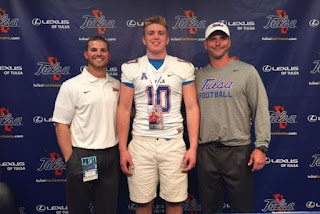 Of course he's from Texas.

And yes, ND is apparently recruiting him.


Cocktail of The Month
With the passing of Labor Day and the Symbolic End of The Summer drawing well nigh here, it's time to put away summery behaviors and libations, like white spirit-based drinks.

Except in the case of my wife, whose credo has its basis in a 'margaritas are the perfect-for-any-season-drink' belief.

Before she moves on to port, the civilized digestivo.

But I digress.  I need to sneak in one more tonic-based beverage into the 2016 offerings.

One of the 20th century's biggest disasters also inspired it's biggest box-office hit.  With so much hype surrounding James Cameron's mega-moneymaker - there was a two year span during which you couldn't turn on a radio without hearing Celine Dion's heart go on - it's notable to recall that Titanic actually tied with Ben Hur for the most Oscar nominations in history.

This Romeo and Juliet-on-the-high-seas romance inspires a tragically good drink.  You'll be the king of the bar, if not the world.

Combine the mezcal, honey and Aperol with ice in a shaker and shake well.  In lieu of an actual iceberg, strain over ice in a Collins glass and add the salt water. Top with the tonic water.

This having been 9/11 week, I ran across this... I so enjoy hearing about celebrities of actual substance. 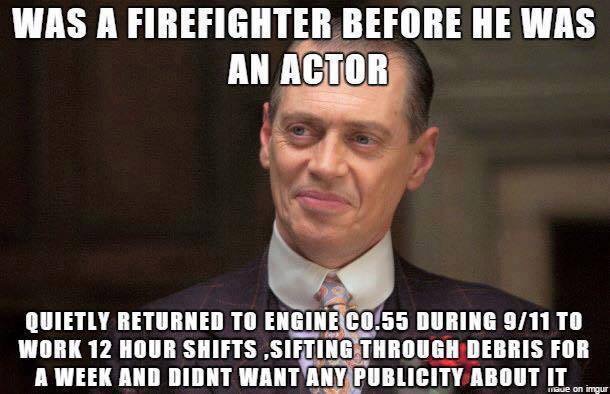 I still cannot let this go.  From Torii Hunter...