Week 4: Even Better Than The Real Thing

And I'm looking to the sky to save me
Looking for a sign of life...

Make my way back home
When I learn to fly.

What did you want to be, occupationally, when you were a wee lad or lass?

Probably something very different than what you ultimately ended up being.  The world was different back then.  Not necessarily better, just different.  Except for ND football, THAT was definitely better and different.

In a similarly 'waxing nostalgic' state last week, I found myself watching... as one does... a 2-hour History Channel documentary on David Berkowitz aka The Son of Sam, the .44 Killer...

And beyond wondering what my Long Island pals were doing / thinking during those summers of '76 and '77,  fundamental to that story is the question of "what's real and what's not" - a topic that seems applicable as well to Notre Dame football today. Both especially provocative and timely in their own ways.

Reality v. The Alternative.  I mean, really - who among us hasn't had the occasional conversation with a charismatic dog? (How do you think I first got interested in Russian novelists? B-u-d-d-y.)

Perhaps your canine chats didn't involve satanic kill orders like which the unfortunate Mr. Berkowitz responded, but still... insight and inspiration comes in many forms, sometimes when one least expects it.

But you say, "Jerrence it's only September, so who's to say whether any team (other than 'Bama) is genuinely good or just fake good?" Fair point.  Hardly anybody consistently plays strong teams yet - and even then, one is unsure whether the opposition is actual 'quality' (see UCLA).

Still, for the Irish, the clues so far are looking fairly optimistic as the weekly data points begin to accumulate (see UGA). 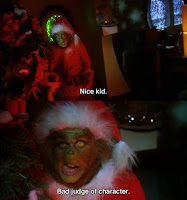 That said, this weekend wasn't about forcing one to confront the question of what's real or what isn't (in the Corrigan household, we call that 'Tuesday').

No... this being the Michigan State game, this was about something much bigger, something The Grinch famously suggested to Cindy Lou Who the meaning of Christmas,

Through rock and through stone...
The black wind still moans.
Sweet revenge, sweet revenge
Without fail.

I have trouble letting go.  So Michigan State and coach Dantonio maintain a special place in my heart for bitterness-inspired pettiness. Why?

1.  Let's start with the horrific effort we turned in last year.  Embarrassing.

2.  Then there's that stupid Little Giants trick play, which I'm sure he still loves to regale his friends with how he pulled the wool over ND's eyes...

3.  And the fact he might still be the better of the Michigan small school coaches available when we hired Kelly.

4.  Finally, his weird semi-sorta similarity to Dennis Hopper's deranged character in "Speed" -  a wonderful movie with its own revenge sub-plot that gave the world breakout performances from an enchanting Sandra Bullock as well as the always hypnotic Keanu Reeves.

Still, the look is creepy and revealing.

So yes, I loved seeing them get thumped.

At any rate, what I saw from the game:

Okay, I didn't actually see all that much - I was at a fundraiser where the game was on only intermittently - so feel free to chime in with greater insights:

*  THOSE are the running lanes I've been expecting to see. Long may they last.

*  Did anyone notice how well the Irish WR's blocked down field?

*  Two new statistics to keep an eye on:  turnovers (duh) and tackles for loss.  After four games, the D already has 9 of the former and 26 of the latter.   Who doesn't think that side of the ball is demonstrably better?

*  If anyone was wondering whether Sparty still lived in the 'aggressive-to-dirty-play' zone, we got our answer: they never left.

*  It would appear that my nascent 'next ND coach' short list - still looking Houston Texans way - is going to have to wait for another couple weeks. 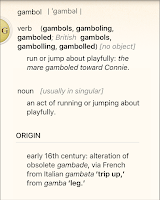 
Used in a sentence:  As Young Jerrence gamboled across the floor of the Northwestern Medicine fundraiser, executing a perfect pirouette after Notre Dame's latest score, his wife whispered, "Let's go, Nureyev, I think it's time for us to leave." 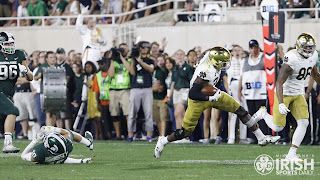 "We played the same guys last year.  They played a lot tougher tonight..."

True dat. But here's the thing:  if one is going to bitch about the coaching when the team comes out unprepared or rolls over in the 2nd half, you have to give the coaches their props when they do step up.  Starting with, increasingly obviously, Strength & Conditioning.


Cocktail of the Month
Maybe we aren't yet at a seasonal weather pivot point.  More like 'turn back the clock and experience the uncomfortable August we never got.'

Though pretty much every star from Frank Sinatra to Paul Newman to John Wayne was offered a chance to do Harry's dirty deeds, Clint Eastwood eventually landed the role as the Bay Area, .44 Magnum-wielding vigilante copper.  Inspired by the real-life Zodiac serial killer case (turned into its own nail-biter of a film in 2007), Harry proved popular enough to launch four additional movies.

Our extra-dirty martini will likely inspire your own repeat visits - at least to the bar.

If Eastwood could do all his own stunts, you can make your own martini.  Combine all the ingredients with ice in a shaker and shake well.  Double strain into a cocktail glass.

Order restored?!  How about Order re-written! 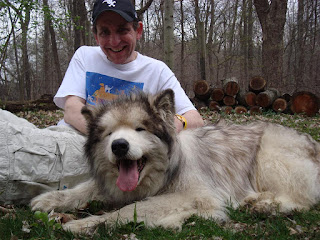 To be honest, I gave POTUS some serious consideration for this week's honor - who would've thought ANYONE could unify the NFL players and owners?!

And Shea Corrigan deserves some props this week too - for both having one of her articles referenced in a Sports Illustrated.com column (check out the 'other questions for Tony Romo link in the 1st paragraph) and simultaneously reminding the world that Nicolas Cage should not be forgotten.

And let's give it up for the Philadelphia Eagles kicker!  Jake Elliott, 61 yards. Boom.   The dude was on the Cincinnati Bengals' practice squad two weeks ago!

How often does the Philadelphia fanbase ever cheer anyone, much less a place kicker, like they did Sunday?  Um, never.

Finally, let's not forget Addison Russell - who says civility is dead amongst the heat of your most hated rival?  Check this out - very cool:

But the actual game was too good, too rife with potential long term portent to not identify an actual player...

Buddy's bud has got to come from the team.  And though the likelihood is that he'll earn this honor more than once, nobody had more pressure to turn around his game than Brandon Wimbush.  Was this his coming out party? One can only hope so.  But from the very first drive, he was looked locked in and made plays.

And boy, did we need it.

Why I love college football.

Because it's played by 18-22 years olds who just cannot seem to hold it on the road.

Unless they play for Nick Saban.

1.  FSU.  Truly, who doesn't love to see the Seminoles lose?  Even if it means that, uh oh, NC State might be pretty good.

2.  Oklahoma State.  Stop me if you've heard this before - a Big 12 high powered, video game-like offense with the sure fire 1st round draft choice QB might be... um, flawed.  And by flawed I mean, over-rated.  Again.

3.  Mississippi State.  Well, easy come easy go.  And this loss may represent the rare double bo-nii:  one where we can both celebrate a high ranking team's loss (just on principle) and revel in the fact it makes ND's one frustrating loss look infinitely more respectable.   Huzzah!


If one were honest with the reader - and why wouldn't I, outside of the significant amount of content I simply make up - one must confess that this column has been tempted to nominate POTUS for this list every single week.  Comfortably.  But I refrain, after all, where's the fun in picking on a child?

But with all of the to-do over Trump's cravenly political proclamation* on the NFL's view to its players' protest - the actual object of which has been completely lost on nearly everyone - one couldn't help but recall the most recent Notre Dame Magazine article summarizing notable moments in the school's 175 year history.

The 12-page article recounted over a dozen incidents of non-violent ND protests, ranging from genuinely societally critical causes (civil rights, apartheid) to the only-in-college ridiculous (Cap'n Crunch) - almost all of which under the watchful but ultimately supportive eye of a university administration recognizing (and at times encouraging) their right to peacefully do so.

So whether you empathize with the players' actions or are outraged, I don't really care. Everyone is entitled to their opinion and there appears to be nothing close to unanimity on this particular topic. But I'd hope most will understand that theirs is a foundational, American bedrock right - and one that good ole du Lac has defended virtually since its doors opened.  I find that interesting. And gratifying.

* hello, he did it while stumping for his J. Sessions replacement candidate in Alabama.

But I digress. Again. 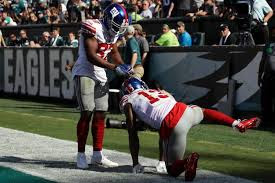 1.  Odell Beckham.   For the record, no one disputes your talent.

But at this point, you are either certifiably dumber than a box of rocks.

Or just so supremely self-absorbed arrogant.


2.  Marcus Cooper, Sr.  If one thought that Philadelphia fans were hellish (and they are), consider if the Bears hadn't won Sunday - and wonder what their fans would've done to the unfortunate Mr. Cooper?  Tear. Him. To. Pieces.   Somewhere Leon Lett is surely smiling. 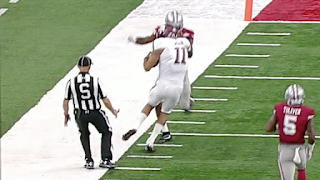 3. Officiating screw up, college division.   It's Texas A&M's turn this week.  Player seems to run a great distance, rumblin' bumblin' stumblin' into the end zone, TOUCHDOWN!  Until the line judge, who is, oh, ONE YARD AWAY from the play declares the player out of bounds at the 13 (or so) yard line.


Um, except he wasn't.  Actually not even close.

4.  Officiating screw up, professional.  Did this penalty cost Denver the game?
Quite possibly.  Unbelievable.

As ugly as this is - file this under 'things you can't unsee' - this may also be visible evidence of a guy who's finally getting it, finally understanding the necessary emotional connection ND's players require of their coach.


Give me one more chance
And you'll be satisfied...