"Rain starts washing all of these cautions..."

Gorgonzola Jones reflected on his pre-teen years with more than a fair amount of hindsight-enabled amusement.  He couldn't help but still feel the sting of his classmates' puerile nicknames, "Stinky" being the most commonplace, though even back then he'd never describe it as cruel.  Cruel is what those awful Martha's Vineyard liberals were doing to that poor Alan Dershowitz.  Didn't they know the pains his wife had gone to procure Stella McCartney's Summer collection?  That trip to London wasn't cheap. What was she now to do?  Where was she to go?  The Hamptons were surely out of the question - too many Republicans. Didn't they know the Dershowitz's had voted Democrat in the last four elections?

No, Gorgonzola's childhood nickname wasn't cruel, merely unoriginal, especially within the context of growing up in Wisconsin - the state that worships all things dairy, for chrissakes.

As he well knew - and his mother repeatedly reminded him -  it could've been worse.  Mom was Dutch and had toyed with the idea of naming him Edam.

But the fact that he'd grown to be a 6'8'', 245 lb. force on the basketball court undeniably changed everything. He lead his Wauwatosa HS to two straight state championships, matriculated to Notre Dame as a supposed '1 and Done' and was now finishing his junior year of school - having lead the Irish to their first Final Four in several decades.

And with more than a puncher's chance of beating the same team the school had faced lo those many years ago, Douche Duke, he had the luxury of taking a beneficent view of his personal history. 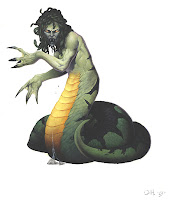 While everyone around campus knew him simply as Zo, the college basketball world had taken to calling him 'Gorgon', after the Greek mythological creature with the power to turn to stone anyone who looked at it.  It was a moniker adopted from a Chapel Hill sportswriter after he'd hung 45 pts. and 14 rebounds on the Tar Heels during his sophomore year.  Looking back, that performance seemed trivial - tomorrow night was show time. The biggest game in Notre Dame's basketball history was the 24 hours away...

A girl can dream, can't she?


Welcome back, everyone!  One hopes your year has been progressing in a happy, healthy and productive fashion.  Clearly I've been indulging a barely containable imagination that's run amok. As if ND could actually recruit a championship winning basketball player from... Wisconsin.  That's just crazy talk although in Scotchlandia, we simply call that Tuesday.

But hey, what better way to prepare for the ND football season and this year's wager?


While others sought to find their 2018 mojo and test out new, unorthodox East Asian relations strategies* ), I took a different path.

More traditional, if no less spiritual, a predictable Florida destination was eschewed for the promise of the Rockies -- seduced by the allure of Vail golf, gin, World Cup soccer, hot tubs, wine and the culinary stylings of Chef Feif.

It turns out that what appeared to be a Dillon Hall cult ambush - ended up being a wildly therapeutic journey of self-discovery.


* where #MeToo means something else entirely.

The screenwriter JP Perez once wrote, "What is reality programming but one big story of redemption, where even the sorriest among us can upend the social order and lay claim to what for so long has been denied?"

He could've been talking about Notre Dame football.

But he could've been. 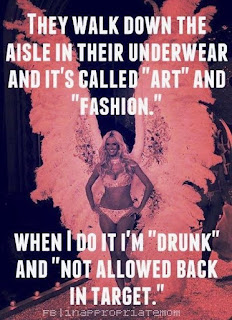 Following ND football for the past 25 years is like being addicted to "Survivor" where everyone wants the overly self-assured, entitled, "I'm running this game" guy voted off the island but he keeps finding that godd*** immunity idol.  You keep hoping someone - anyone - will pull the ultimate blindside and everyone (especially you the viewer) gets richly rewarded for their courage, savvy and heretofore unrecognized instincts.

And while Brian Kelly doesn't figure to be on the proverbial hot seat, job-wise, one could make the argument that this is potentially a watershed year for him - his unfortunately timed dalliance with the Philadelphia Eagles and inability to stack consecutive years of double digit win success has already lost him a significant percentage of the ND fanbase. One can debate whether that's fair or not.  But however flukey the LSU bowl win was (and it kinda was), it did provide him some rare end-of-season momentum.  Don't squander it, coach.

1.   The schedule looks tough but doable.  Michigan - Stanford - Florida St. (at night, in the middle of November!) are all at home.   Not a lot of gimme's - Va. Tech in early October - pre-mid term's - feels like a trap game and Northwestern will surely be an especially vexing, play-down-to-their-level game. But if you go 11-1, how do they keep you out of the BCS playoff w that strength of schedule?

2.  Offense-wise, it's gotta be all about Wimbush.   Going out on the limb that he's going to be the starter - and maybe he'll be on a short leash, mistake-wise - but he has to be the playmaker. Objectively, there's practically nothing but proven around him.  Eek.

3.  Even if BW overachieves, we don't get to 10 wins without the defense playing up to expectations. A second year in the Elko/Lea system, playing more instinctively... that's the theory. 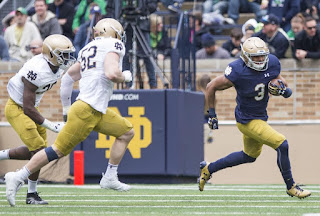 4. My sole observation from the Blue-Gold game:  keep an eye on Avery Davis. Nominally the 3rd or 4th string QB, they used him in multiple positions (RB, slot WR) in order to get him the ball in space - and he looked pretty interesting.

That's not a rhetorical question.

But TC's bold prediction:  at the end of the year, the RB position won't be at the top of the list of the team's biggest disappointments. (If I were to nominate any area for that honor, I'm afraid Vegas would be laying odds on the OL.)

Justin Yoon, your table is ready.

7.  Recruiting goes well for about the 3rd year in a row.  Tough to argue that the early signing period hasn't really played to ND's benefit.  Plus the new facilities, while not exactly of the Clemson-level opulence, are certainly a strong card to play in the arms race that college recruiting has become.  Kelly really doesn't seem to have any excuses.

8.   Turning to '18 Tailgate Implications:  Yuengling has recently introduced a very tasty pilsner, which, if one were so inclined, might be worth including on the Martin's shopping list.

Let's call it a test market.

"…a soul sucking abomination from an assuredly failed 1st year architecture student who almost certainly transferred within the next semester to some lame Arts & Letters major, like Art History – or worse, English - and probably couldn’t hack that either. No doubt now managing a Sonic Drive-in somewhere outside of Oklahoma City...”

For some reason I don’t know why the writer didn’t go with what I considered my ‘money’ quote when inquiring about my thoughts on the potential demolition of the post-original Senior Bar building.

Hyperbole?  I think not.

Carrying on with the Senior Bar theme...

If one were a bartender at that establishment during the 1978-79 school year, one would've been familiar with the seemingly nightly tradition - and where would be without traditions, we'd be no better than those miserable creatures lower on the food chain - of ending the shift with a round of gin gimlets.


At least that's what I recall.   Who's knows.  It probably could've been lighter fuel and with a lime, I would've drank it.    In that respect, Senior Bar was kinda like a little Hogwarts School for Witchcraft & Wizardry.   I saw more than one person... cough Cincotta cough...  raised from the dead on those premises.

Smack dab in the middle of an 8-part film series that took over 10 years to film (and took home nearly $8 billion), this was the first Potter picture that was dark enough to warrant a PG-13 rating.  Now in his 4th year at Hogwarts, our her Harry becomes an unwitting (and underage) contestant in a treacherous tournament between three neighboring European magical schools.

Stick around for the credits of this particular Potter, and you'll see "no dragons were harmed in the making of this movie" gag - which is more than can be said for any beginning Muggles attempting to make our fiery hooch.

Don't worry there are two versions of the recipe so that beginner wizards can wave their wands as well. 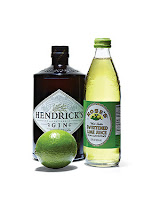 Apprentice version:  Combine all the ingredients with ice in a shaker.  Shake well and strain into a cocktail glass (or, of course, a goblet).

Licensed wizard version:  After you've completed the above steps, light the tip of a cinnamon stick on fire and then blow it out immediately, incense-style.  Wave the stick over the glass, like a ceremonial spell, to give the drink a slightly smokey taste.

* for easy, at-home, simple syrup boil 1 part water to 2 parts sugar until it reduces to - you guessed it - syrup.  Bottle, refrigerate and enjoy within a month.

Let's hear it for Tyler Newsome who, if Brandon Wimbush doesn't mightily improve, might end up being the most important guy associated with ND's offense in 2018.

But let's take the glass half full approach and assume his leg doesn't have to save us from a multitude of 3-and-out's deep in our own territory - he may never get the chance for this type of recognition again. And he just pulled off being the first full-time punter to be named a captain in ND's history.


How?  Who knows?  Maybe it was the hair.  Very Samardzija-esque. Maybe it was his courage to rock the man-bun, a move typically only WR and LB's can successfully pull off.   Whatever.  Bravo, Tyler!

And yes, Milwaukee's own Arike O. really deserves this.  But she did get Dancing With The Stars...


Tweets of the Month

Lini's in at 11 wins.  Marcel at 12.  And that's even before we see any epic analytics breaking down recruiting cycles and phases of the moon.


"Look around and you will see
This world is full of creeps like me.

You look surprised, you shouldn't be..."

1.   Neymar .  First of all, Brazil, all the 'we only go by one name' is just pretentious bullshit.  You're not Prince. Or Madonna.   You're a really, really good soccer player who also happens to be the global sport's biggest wussie. 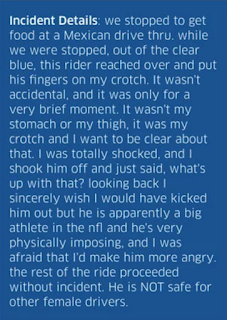 2. Jameis Winston.  Granted, this took like two years to 'adjudicate' (in the loosest possible use of the word) but you're back in the news for all the wrong but only too familiar reasons.  Grabbing an Uber driver, really?

3.  Barry Cofield.  Former Giants / Redskins DT arrested after being found with heroin - following passing out at the wheel of his car and then slamming into a police car.   Oops.

Sad. Disappointing. And surprising:  we'd expect that type of behavior from a Cowboy. 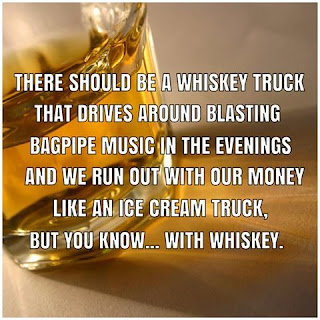