Labor Day: Have A Cigar

"If an officer stops you, promise me you'll always be polite
And that you'll never ever run away
Promise mama you'll keep your hands in sight...

What that evening taught me - and I learned many things - this football season figures to be a really interesting mix of the vaguely familiar (NBC telecasts!) and the very, very different (more on that later).  Buckle up.

Word of the Week
Used in a sentence paragraph:
Quote of The Day 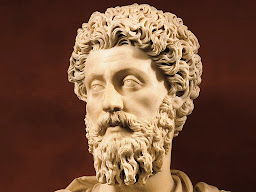 "The object of life is not to be on the side
of the majority but to escape finding
oneself in the ranks of the insane…"
Marcus Aurelius
.
Well, Marc, maybe in 180 A.D.  But that was before the SEC was formed.
One-Week-To-Kickoff Observations
"Have you seen the chart?
It's a hell of a start,
It could be made into a monster,
If we all pull together as a team.."
"And did we tell you the name of the game, boy?
We call it "Riding The Gravy Train..."
Okay, raise your hand - be honest - if you thought we were going to have a football season? And speaking of being honest, we still may not.  Or at least a full, uninterrupted season as we're used to...
But hey, money talks.  So celebrate while you can!
Whatever news of the actual team's preparation is fairly limited and of a level that you probably know.  Allow me to summarize: 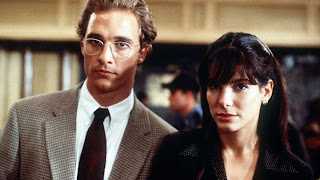 A time to kill?  How about a time to drink.  Take a seat on the porch - or man cave, or kitchen, the bathroom is your spouse is being judgey - and serve up this spiked sweet tea.
*  2 oz. tequila
*  1 oz. Aperol
*  1 oz. sweet Vermouth
*  4 oz. sweet tea
Pour all the ingredients into a shaker with ice and shake for 5 seconds*  Strain into a rocks glass over fresh ice and grab a gavel.  Verdict:  guilty - of awesomeness.

In many ways this is the perfect year for a spicey wager - so many variables basically coming down to one question:  how many games will actually be played?  What happens, kin conference play, if one team plays more than another?  Unlike prior years, this pool will ask 'how many wins do the Irish have at the end of the 2020-21 season, regardless of whether a full season (including championship and bowl games) is played or not.
Suddenly, Alvin / Feifar's 6-7 win prognostications don't look so dystopian if there's only a half a season played.
At any rate, I don't have to explain to any of you - certainly not the Business and Engineering majors - the concept of Jungian archetypes.  Defined as universal symbols that derive from the collective unconscious from the sum total of human history - no biggie - they help determine the degree of one's individualism.
So, in this context, one might say, what does your prediction say about you?
Schadenfreude of The Week
Terry's Trolls
Final Thought
All lies and jests
Still a man hears what he wants to hear
And disregards the rest...
Written over 50 years ago.