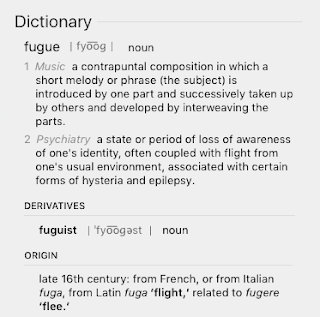 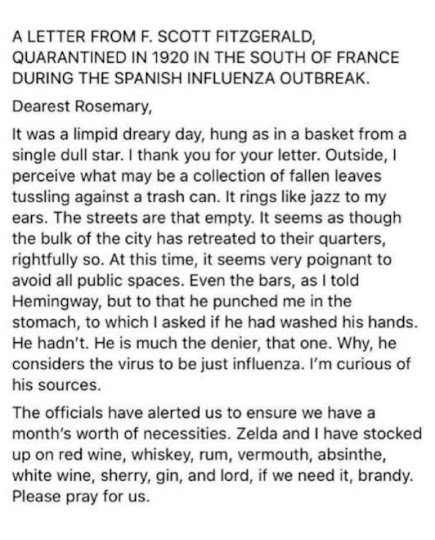 Not exactly a quote but in a month, you'll think you wrote it.
Game Observations
Groovy times are here again...
Football's here - huzzah!  Here goes nothing, my thoughts on last week's game...
1.  Ian Book . Putting aside the Kelly contract extension news, if Ian doesn't get it together, his  inconsistency is the very definition of a coach killer.  Just as the local press has likened with the Bears QB, "Dr. Jekyll and Mitch Trubisky," so too our man Ian. Please God, no. 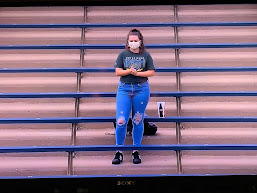 "She lives in a single..."
3.  The WR's.  The flip side of the Ian Book coin - were they getting open or not? I read once that an offense can either rely on the players getting open on their own or they can be schemed open (e.g., misdirection, pick plays).    It would appear the inexperienced guys, at least until Austin / Lenzy return, are going to require the latter.
4.  The OL.  Before one sets the torch to the "these guys suck - again!" pyre, know this:  this year's OL scheme is fundamentally different than last year's.  Might want to give them a couple more games.  And they did go 4-for-5 on short yardage downs.  I'm not sure they converted four all of last year. 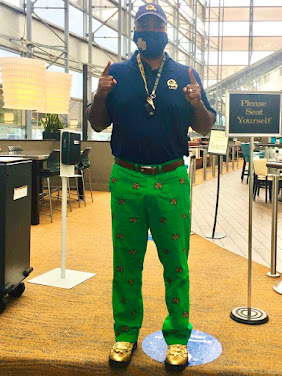 Cincotta couture
5.  Young guns.   Was it lost on anyone that the new dudes - Kyren, Mayer, Wilkins, Foskey - were arguably the most eye-catching impressive.
6.  Special teams.  The very definition of irony:  the one group of the team it doesn't appear one has to worry about. Who'd a thunk. 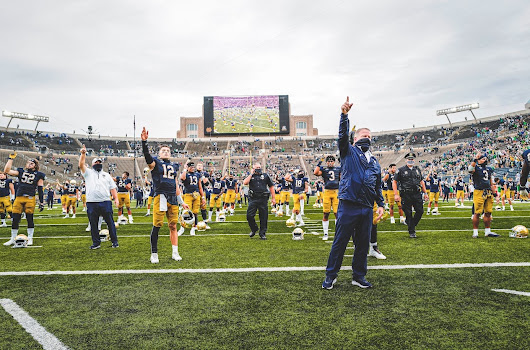 Love thee, Notre Dame...
7.  Going Forward.   Something to watch for the next few weeks:  on one hand, the coaches have carte blanch to play anyone anytime, no matter how young, since no one's losing a year of eligibility. On the other hand, these guys had no Spring practice and precious little meaningful August work together (and didn't it show).  So in games that might seem well in hand (like hopefully vs. USF), who plays?  Probably the 1st stringers...
8.  NBC team.  I never hated Flutie as much as the rest of you. He may not have been the sharpest tool in the shed but was he overtly a hater?  I thought not.  So, on that minimalist criteria Tony Dungy is undeniably an upgrade.  And yet, he's not exactly Mr. High Energy... no Mike Mayock Insightful Analysis... is he?  Still, like a warm cup of hot chocolate.
"your lips move but I can't hear what you're saying..."
Question of the Week
Back to pilfering from The Athletic / Pete Sampson's weekly ND Mailbag.  Week 1 is merely a data point, not a trend.  Right?  Right?  Bueller?  Bueller?  Far too early to make any sweeping judgments.  And yet...

What has been your favorite overreaction from game one?

As long as Notre Dame goes 3-0 does anything really matter until we get to Florida State?

To me, these two questions go together because the biggest overreaction to Notre Dame’s opening game would be to roll with “a win is a win” and believe nothing matters during the month of September as long as Notre Dame starts 3-0. If Notre Dame is good enough to hit its ceiling, nobody around the program would accept that perspective. The “does anything really matter?” philosophy would have stopped Brian Kelly from benching Brandon Wimbush for Ian Book two years ago, which sparked the offense for a run to the College Football Playoff. It would stymie creative thought and breed complacency. It would stop a program from going 34-6 during the past three-plus seasons. It would also stop the program from improving to the point that would allow it to run the table through October or challenge Clemson in November.

Certainly, there have been a bunch of overreactions from the opening weekend — about Ian Book, about the offensive line, about the receiver position. But I also think there’s some truth in most of those. And remember, overreactions don’t have to be exclusively negative. The idea that Michael Mayer should replace Brock Wright and Tommy Tremble right now is an overreaction. The idea that Kyren Williams shouldn’t rotate is an overreaction. A call to start Isaiah Foskey over Daelin Hayes is an overreaction. Mostly, I just want to see how these things play out over time. But there is no question that Notre Dame’s staff feels like the opener was more of a starting point than something to be satisfied with right now. There’s so much room to grow, and that’s a good thing.

To not see that or push for that would be the worst kind of overreaction.

Another reason why you should subscribe to The Athletic / read Pete Sampson: 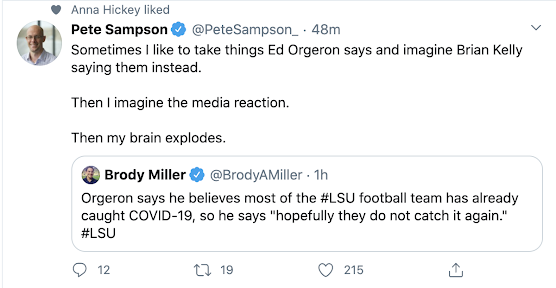 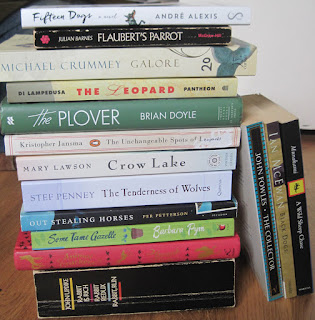