As I was out doing yardwork Saturday - beyond unparalleled autumnal beauty, Scotchlandia also produces a prolific amount of leaves - I got to thinking about the various geographic pockets where kids collectively came from to Notre Dame.  Among them...

The Chicagoans.  Too many too mention or categorize.  Never understood why so many of them claimed Chicago as their 'home town' when their suburbs were closer to Wisconsin and Iowa.

freshman year with an impressive swagger that suggested they felt they should be on scholarship just by virtue of the superior level of culture they brought from The Hub of The Universe. Except most of them never made west of Chicago until well into their junior year. Worldly indeed.

But none of them could hold a candle to The Pittsburgh'ers...

When someone mentions Pittsburgh, what do you think of?  Steelers?  Pirates?  Penguins?  Their foreign language?

Me, I think of two things:

1.  George Romero.  Creator of the Greatest Zombie Trilogy ever, including Dawn of The Dead, shot at the Monroeville Mall (a little
east of the 'burgh, just off 376) which remains the Metaphor For Our Consumer Society Against Which All Others Shall Be Judged.


2.  The South Hills Catholic Magnificent Seven that entered ND with us in '75.

What an eclectic bunch they were:


Dave.  My roommate, best man at my wedding, Shea's godfather.  Gay.  And arguably the most normal of the bunch. 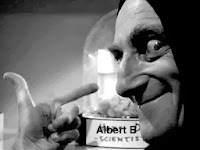 Tommy.  Appeared gay.  Wasn't.  (It being The Age of Disco, he was just far better positioned with women than the rest of us.)
Skip.   Another roommate.  Another GP major.  Very good basketball player.  Marched to a different drummer's beat, one I never quite heard.

Don Something or other.  HS classmate #7.  Lived on South Quad, think I met him once early freshmen year.  Never seen again.  Could be rooming with Jimmy Hoffa.
My point?  I have no point.  Other than to possibly point out that when the topic of the Pittsburgh comes up in conversation, I've learned to never judge a book by its cover and always be ready for the unexpected.  Just like Saturday night's inexplicable interceptions / penalties resulting into ejection / running back rotation decisions etc.

Two points to be made here:

1.  I owe almost all of my music sensibility to a series of profound influences occurring (not surprisingly) after college.  With some broad generalizations for some overlap of times... 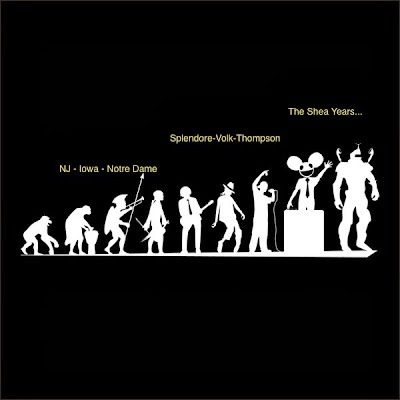 The 80's:  The Splendore Years.  Living in Boston when The Clash, The Cars, Elvis C et al were en fuego.

And, for the past few years, The Shea Corrigan Period.

By any objective measure, progress.

And this week's song comes directly from her.  After  spending the summer in Nashville, one of the new musical offerings she returned home with - was former Drive-By Trucker, Jason Isbell.


2.  Monday having been Veteran's Day, I am reminded of the many interpretations on The Cost of War theme that artists have taken a stab at.  I've been generally (and embarrassingly) pretty insensitive to nearly all of them.

Not so with this week's selection. Isbell's take on a very personal sacrifice that one small town kid made is a really moving tribute about a real guy from a real town with real friends and family.

Maybe it's due to the fact that the love of daughter Ryan's life is receiving his Navy SEAL* pin on Friday - as kickoff to a career path that none of us can even remotely fathom.

Or maybe because because it's just a terrific song that puts into sharp relief how truly meaningless football games are in some of the grander scheme of things.

"Maybe 18 was too early,
Maybe 30 or 40 is too.
Did you get your chance to make peace with The Man
Before He sent down his angels for you?

And nobody here can forget you
You showed us what we had to lose.
But you never planned on the bombs in the sand
Or sleeping in your dress blues..."

I truly hope many of you listen to this.  It's surely worthy of 5 minutes of your time.

Isbell's "Live From Alabama" (a year old now) is so good, here's a second offering, the haunting Danko / Manuel - a song that invites the question, why do so many artists like singing about the former The Band member's death?

*Speaking of the SEALs, just saw "Captain Phillips" over the weekend.  Absolutely terrific movie - thanks, Mark, for the recommendation.  You'll walk out of the theater recognizing that when the SEAL's get involved, it's game over.

If only they had a special Defensive Coordinator ops.

Used in a sentence:  Young Terry lay awake at night wondering when he assigned himself the frustraneous life mission of being a ND football fan?

Observations From The Game


I blame myself.  I took a break from my usual at-home, scotch-based viewing routine and watched the game cold turkey.

With the synapses firing at a madcap pace, I have this to share (most of which Tim 'n Tom have already articulated better):


-  The game hasn't even kicked off and Brent was speaking in rhyme.  I should've seen the signs.

-  I don't understand anything we do football-wise.  Not the schemes or strategy.  Not the player rotations.  Certainly not what we choose to practice - or not - during the week.

-  Targeting is the most well intentioned, ill conceived rule ever.  I watched a fair amount of football Saturday - saw plays in every single game just like Tuitt's.  Some worse.  Only called once all day.  Welcome to the ACC, Notre Dame.

-  It's going to be very difficult listening to the twang of ACC refs for the rest of my life.

-  Do you get the sense even Kelly is looking forward to the end of The Rees Era?

-  I used to think Tommy's biggest weakness was his lack of arm strength.  Of late, it would actually be his decision making.

-  But make no mistake, he's a symptom, not the cause of this year's disappointment.  And there's no one I've felt worse for, all year long, after INT #2.  It's not like the kid isn't trying his hardest...

-  Devin Butler actually turned his heard on a pass defense?!  Oh well, he's just a freshman.  We'll coach that out of him.


-  Honestly, those refs were wretched.

-  We get everyone's best game.  Who gets ours? 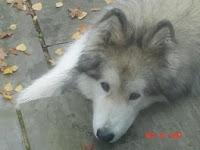 Can't bring myself to drag my compatriots Murphy & Seamus into this week's debacle.  Really came close to saying 'nyet' to anyone.

But one guy does seem to be recognized and I'm not sure we'll get the chance the rest of the season:  Ben Koyack.  Pretty sure he was highly recruited and pretty sure he was close to wearing the 'bust' label.  But for the last, what 4-5 games, the guy has been a total revelation.   And that catch should've been ruled a TD, no way there was clear evidence to overturn. It'll be very nice seeing him back next year.

THE BET
Ouch.  What a difference a week makes.

Now it looks like Albert's in the poll position. 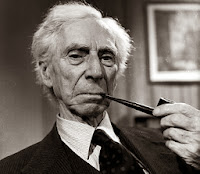 "One of the symptoms of an approaching nervous breakdown is the belief that one's work is terribly important."
Bertrand Russell, 20th Century British smarty pants


The same could be said about one's avocations, like being a ND football fan.

This time of year, with the games finally meaning something (read the top teams actually playing a reasonably competitive oppponent) 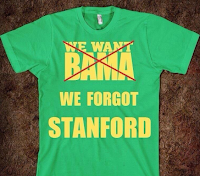 1.  Oregon.  Did you know Ken Kesey is an Oregon alum?  The man responsible for one of the great evenings of my ND life.  So I don't take as much joy as one might normally presume... chock this one up to west coast hubris.  And exceptionally weak line play.

2.  LSU.  Truth be told, I kinda wanted to see Bama knocked off their perch but this is not a bad consolation prize, watching Les Miles sputter his rationale as to he got smoked. Again.

Richie Incognito, part II.  I can't let this go... to me, it's inarguable that Richie is an intellectual and moral amoeba - both Nebraska and Oregon asked him to leave, after all - but apparently he's a reasonable football player in a culture that's fundamentally results-ortiented.

Personally, I don't believe fear is a sustainable team building device, either in athletics or real life. Is football a unique culture? For sure. Does every team need some tough guy, hard cases?  No doubt - though I never heard of the Steelers / 49'ers / Patriots having these problems in their heyday.  Probably because they had leaders who kept their knuckleheads in check.

And if there's a potential ND application to the odd Richie-Jonathan saga - and sadly I think there is - it has more to do with a leadership void than our lack of tough guys.  We had it last year. We don't this year.

Ever since the Pitt game, this is pretty much the only drink you have the energy to make.  Take the shot glass of bourbon and drop it directly into the pint of beer.

Do it dramatically, with the air of a tough western Pennsylvania coal miner at the end of a hard day unloading freight.  Drink as much of it as you can in one long gulp.  Realize, too late, that the shot glass shattered in the drink.

At Porter County Regional Hospital, the doctor is unsympathetic.  "Most people just pour the whiskey directly into the beer," he mutters.  "Especially soft-headed office fops like you."

Final Thought - I
If you want to re-gain a little perspective, watch this.  Of course I'm a sucker for one-kidney stories... who isn't?  But it'll make you feel significantly better about the ND program - and athlete - that otherwise makes you want to set your hair on fire. What little most of you have...

And remind you why you cheer for 'em.


After last week's "final month of our collegiate experience" frolic, we return to The Bates Motel 801 for more high culture.  This week, The Boys create an Art Gallery to demonstrate they're not just a bunch of pretty faces.