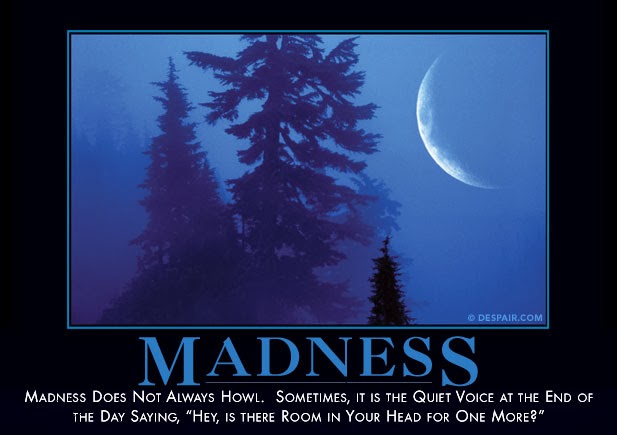 In Scotchlandia - as well as Terry's head - the more the merrier. And the conversation du jour inside that head Saturday largely dealt with the concept of perspective. How to recognize it.  And how to gain it.  Like when one is sitting at home, seeing a snowy, wind chilled football game on the tube and think, "Gee, that looks really cold there. And probably super uncomfortable..."

But you're not there so you don't really have any true perspective. 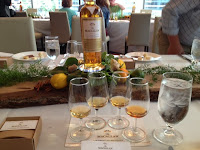 Or when one asks their personal physician to suggest a pain killer for your football-related angst and he prescribes single malt.  Wow.  You ask him, "But Dr. Bob, I thought medicine wasn't supposed to taste good."  And he tells you to just wait until medical marijuana comes to Ohio. 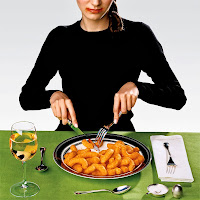 Double wow.  But you remember this was the same guy that told you your Macallan & Cheetos diet was, in fact, an AMA-supported dietary regimen.

But again, you don't have his professional perspective so how can you doubt him?

Or when you watch a PAC-12 team play - one that your team has already beaten - and you see them smoke a highly rated conference rival.

It shakes up your perspective.  Like maybe your team isn't so bad.  Or maybe anyone, outside the state of Alabama, isn't really all that good.

Michigan State and USC haven't lost since we beat them.  Michigan is now worse than mediocre.  But we lost to... Pitt. What's it all mean?  I'm confused.  And with one game left in the season, I'm finding fewer and fewer lasting conclusions.

I do know the 'A' Lot tailgaters totally rocked.  But you knew that.

Text of The Week
This may be worse than watching the 'burn' offense...
Received while watching ND's 4th quarter vs. BYU (11/23/13)

Song of the Week
Completing my Southern Rock Trilogy - and as a final salute to (from what I've heard) the last we'll see of natural grass at Notre Dame stadium.  (And if Saturday's game was any indication, good riddance.)  I offer you a signature Outlaws song.

Green grass and high tides forever.
Castles of stone, soul and glory.
Lost faces say we adore you
As kings and queens bow and play for you.
Yeah they play just for you... 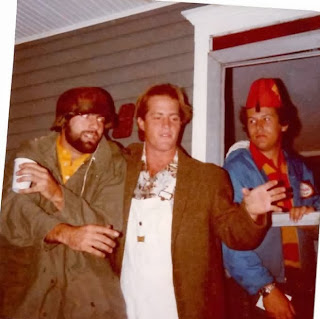 Any good song inspires a vivid memory.  Maybe more than one. With this particular tune, one is wisked back to 1979 and the recognition that when you heard this song coming out of the ground floor bedroom of 801 St. Louis Blvd...

The mythical creature known as "Coatman" could not be far away.

Sure, things got broken. But legends were made.

Used in a sentence:  As black snow clouds obnubliated the sky over Notre Dame stadium, it occurred to me that I had friends there - caught in what looked like increasingly wretched, maybe even dangerous, weather.  Bummer.

Game Observations.
Let's be clear here - we all know I don't really know dookie about football strategy. But it bears repeating.  I was a kicker.  Certainly I have no grasp of the more nuanced points of match ups and stuff like that. But I watch a lot of it and there are certain reoccurring themes that seem to resonate, starting with 'pressure on the QB is good'.

I have long had the simplistic notion that if your name isn't Manning (Peyton) / Brady / Brees / Rodgers, a defense is likely to have success significantly more often than failure when you pressure the bejesus out of the QB.  And in college football, that's even more the case.  There simply aren't that many preternaturally gifted guys at that position that will consistently burn you...

Which leads to these series of thoughts from Saturday's game: 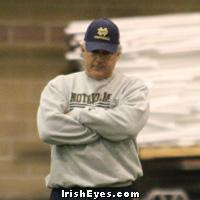 *  We play soft so much of the time, no wonder every QB has the game of their lives against us. I don't think we have to go Full Metal Tenuta but mixing in some level of creative 'go for it' pressure might be worth exploring.

*  Folston has instincts you can't teach.  Play him A LOT.

*  For all our weeping 'n wailing 'n gnashing of teeth, our O-line is pretty awesome at pass protection.

*  What is up with the turf?  We playing the game at Soldier Field?

*  120 person NBC team - wow.  Almost as impressive as what Lini amassed to get that keg in the stadium.

*  Louis Nix taking 19 credits this semester?! Someone wants their degree before they go pro.

*  Finally willing to concede Cam McD is pretty good.  Still don't understand why they run him wide, however.

*  Even before the 4th Quarter (Tommy Time!) tell me you don't hold your breath when Rees goes back to pass in the red zone.

*   Tommy is like a slot machine - you truly don't know from play to play what you're gonna get. He threw some excellent passes and some truly hellish ones.

*  Amazing how a tackle here or there could completely change a game.  Last year we made 'em. This year we don't.

*  How is it we're in our 12th game and there is still miscommunication between QB and WR?

*  We honestly don't have anyone better than Mathias Farley?

*  Stop me if you've heard this before:  BYU wasn't nearly as good as we made them look.
Buddy's buddy

By rights, the call this week should be a slam dunk, Jarron Jones. Kid played the game of his life when the team needed it most. But I'm a sucker for sentimental schmaltz and this one has got nothing to do with the game. On Senior Day, I'm calling out Louis Nix III, Jaylon Smith and Luke Massa for simply embodying what ND - and college athletics maybe 50 yrs. ago - aspires to be (but rarely is) about.

THE BET
And down goes Alvin.  Everyone rejoices!  Not so much from envy but from the collective relief of not staring at a seven win season and wondering how / where it all fell apart.   For all the angst this season has certainly inspired, when one looks at the collection of predictions around 8-9, it's hard to argue that this isn't pretty much exactly where we all thought a Golson-less season would end up.

Time to think about a new tiebreaker.  How about this one:  will Jameis Winston get indicted for rape?  Yes or no.

"If I seem unduly clear to you, you must have misunderstood what I said."
Alan Greenspan

Or maybe it was Bob Diaco that said that.


Schadenfreude.
More than the win that shouldn't have been as close as it was, the number of teams that went down in flames was a real highlight.  This week's faves:

1. Texas A&M.  Consider this one of the few times I'll ever cheer for a Les Miles-led team.  But I am sooo tired of all the "Kevin Sumlin is a god / Johnny Football is even better this year" rubbish.  Reality check time.

2.  UCLA.  Same goes for Jim Mora, Jr. and this club.  Love ya when you beat USC - like next week - kinda like it when you get knocked down a peg by a team we beat.

3. Oregon.  Not just beaten, crushed.  By a school known more for its partying prowess.  Anything that further pops the mystical Team Nike balloon is a good thing, me thinks.

4.  Baylor.  Coach Briles, aren't you glad you signed that mega-extension last week?  Timing is indeed everything.

5.  ND stadium-goers.   All bundled up, with my fire, my popcorn and my (2nd half) single malt, I quite enjoyed watching the ND 'snow globe' experience, didn't you?  "Hey, Lisa, come see this - it looks really freakin' cold there!"

Please note that I didn't even bring up Michigan this week.  Oops, I kinda just did.

Lane's Lads
I thoroughly enjoy celebrating the truly stupid - that class of human who only through Divine Intervention doesn't end up as a posthumous Darwin Award winner... but I enjoy substantially less the ethically / morally challenged cretin whom seem to believe that earthly rules don't apply to them.  Unfortunately, it seems like a lot of that is going 'round these days.

1.  Tallahassee.  What a week its been for FSU-ville, eh?  Your star QB is accused of rape, your police dept. has been accused of suppressing the investigation and your athletic dept. has been accused of enabling a culture of faculty intimidation.  Let's not forget the DA's office who said they wouldn't be finalizing their findings for, oh, two more weeks.  Right after the ACC championship or the close of the Heisman balloting.

The place is a moral cesspool.  Don't they know the SEC is no longer accepting applications...

2.  Nick Saban.   I find it impressive when someone is so comfortable in their simpleminded skin. Secure in their myopic outlook on the world.  So when Big Nick took a reporter to task this week for simply asking what he thought of his QB appearing on the cover of Sports Illustrated, he went off on how he doesn't have time to pay attention to magazines. Or, apparently, anything.  So I guess a follow up question on Syria, Iran, the NSA or Obamacare is out of the question, coach?

3.  Drew Brees. Everyone see the awesome Ahmad Brooks hit on the Saints QB that should've basically ended their game vs. the 49'ers but was deemed a drive-extending penalty? Whether it was or wasn't, I'm not debating.  But when the star QB says (and I'm paraphrasing here), "I knew when I got hit really hard that it was gonna be a penalty..." you've become the spokesperson for 'QB's As Entitled Weenie Boys' club.

4.  The SEC.  I thought September was supposed to be 'Cupcake Month' with November being 'Big Game Month' but apparently everyone in the SEC didn't get the memo: 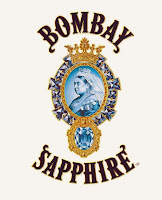 
Shake with ice, then pour into a chilled martini glass.  Take a sip, when you realize your wife has slipped into your home office and is staring at you.

"How's the blog going?" she asks, evenly.  Admit that you're a bit behind schedule.  She arches an eyebrow.  "All you have to do is write about football, alcohol and make jokes that aren't as clever as you think they are," she says.  "I would've thought that would be right in your wheelhouse."

You laugh at her joke.  She doesn't laugh back.

Final Thought - I
"A-aron?  Where is A-aron right now?"  (That's what all of Packer Nation wants to know.)  Most of you have probably seen this but it remains too funny.


And one needs to be occasionally reminded that all of this is supposed to be fun.

Before there was Imax and 3-D... and featuring a cast of literally thousands... in Cecil B. DeMille fashion, I give you:
And The Sequel...