When the Alumni Hall contingent descends upon SW Michigan / NW Indiana each year (like the swallows of San Juan Capostrano) and Lisa & I are so generously invited to commune with them over the course of 36 hours, I have this Out Of Body Experience where I find myself channeling famous cultural anthropologists...

Am I Margaret Mead amidst the Samoans?

Or perhaps Jane Goodall with her gorillas and their mist?

But there we were - communing with a largely indigenous Midwestern tribe who'd created their own primitive social hierarchy and functional roles:  architect, judge, lawyer, CEO, sailor...  come to think of it, kinda like The Village People. 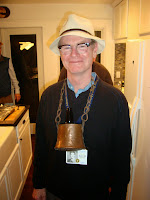 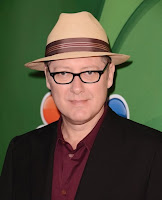 This year, Stargate proved to be a closer analogy - and I got to be James Spader! (Even though Mr. Richmond was totally rockin' The Spader 2013 look.)

Actually, it had more to do with the opportunity to bounce, portal-like, between two parallel universes - 'A' Lot and Alumni World - making the weekend visiting both worlds a wonderfully entertaining end to the 2013 ND Tailgate Season.

And speaking of Grand Entertainment, how 'bout that game?!   If one were wholly objective about it, it was a really fun game to view.  Ironic, since 'objective' applies to absolutely no one in this group.  Still, it feels about the proper time, even with three games left, to wrap a bow on the season with this blinding glimpse of the obvious:  we're nothing special.  An insight that goes well beyond the QB position.

Song of The Week
Halloween night with PPG (Pultizer Prize Gruley) & Son at The Vic Theater in Chicago, seeing The Drive-By Truckers. Great evening watching some Alabama boys just bring it, no messing around (unlike Notre Dame's defense).  This week's song is a personal favorite suggesting two connective ND points, driven by lyrics that describe:

1) the hardscrabble sentiments of a true Have Not, bluntly akin to if ND Football looked in the mirror and saw a barely Top 20 team that shows just enough flashes of excellence to make them wonder why they can't do it more consistently.

2) a scenario reminiscent of a few of your bachelor parties.  You know who you are.