Today  This Week  This Month in 1894
Aldous Huxley, author of "Brave New World" is born in England.  His far-fetched novel imagines a dystopian future in which people lose interest in great art and philosophy, preferring to be distracted by trivial culture that glorifies the inane.   This hallmark date couldn't help but remind me of the many nice compliments I received about my blog at the reunion.  Most of which started with variations on "I understand almost none of what you write but the pictures are pretty cool and the captions quite clever..."

It was December, 1994, and I was finishing my second calendar year as Helene Curtis's UK Marketing Director. Christmas was well nigh upon us and that meant... office party!  That year to be held at one of those charming, very cool country inns about 100 miles southwest outside of London. An over-nighter.

The venue was perfect, the music surprisingly great (who knew the Brits loved the B-52's) and the food 'n drink was a-flowing.

And that evening, the woman I was married to at the time discovered port.  First in proper cordial glass-size quantities.  And later, after our Sales Director grew tired of making repeated bar runs for her, in impressive water goblet amounts.

And that, dear reader, was all she wrote.

She spent that night curled on the bathroom floor, babbling something about if you see a faded sign at the side of road... later suggesting that the marble tiles had a cool, calming, almost therapeutic effect, like a spa set somewhere in Scandinavia.  The next morning, as was our typical day-after-party protocol, she drove home.  For approximately 50' out of the car park.  At which point declaring, "this is not gonna work", she pulled over to the side of the lane and retired to the back seat for the balance of our 2 hr. journey.

Shockingly, she still enjoys her port.  Less surprising, she's never repeated that level of indulgence. And so the concept that I'd like to introduce is this:  re-calibration.  Something that, given a consistent history of unsuccessful 'ND Wins' wagering by most of us, one might wish to contemplate adjusting one's methodology while making this year's prediction.

Song of the Month
Another concept to consider while thinking about this year's prognostication is one's ability to misjudge someone based on insufficient data.  Take Loudon Wainwright III, the 'Dead Skunk In The Middle of the Road' guy.  I long thought that represented the pathetic breadth of his Artistic Contribution To Music until JA Splendore sent me a tape with a song called 'A Clockwork Chartreuse' on it and made me re-think my position.  (It made me re-think my position on Splendore as well but that's not relevant here.)

What it actually did was provoke further exploration of Loudon's catalogue - songs surprisingly full of depth, insight and emotion, including the one below.  Granted, it's a total downer but beautifully sung, with real life snippets anyone can identify with - even if the abject family dysfunction is, hopefully, outside of one's actual experience.


"I look around and recognize a sister and a brother
We rarely see our parents now, we hardly see each other
On this auspicious occasion this special family dinner
If I argue with a loved one, Lord, please make me... the winner"


The point is:  who's ND's Loudon Wainwright?  The guy you've written off but might be worth re-evaluating... Amir Carlisle? Ishaq Williams? Matthias Farley?

Word of the Month
Bromide (n.)

A trite or banal remark or notion, suggestive of insincerity or unoriginality; the cornerstone of the motivational industry.  And bloggers. 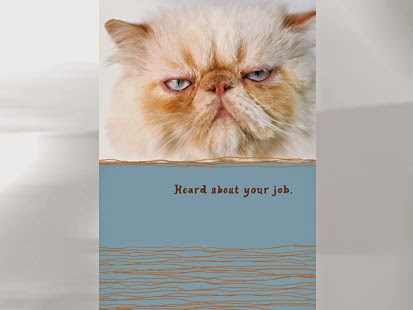 Used in a sentence:  Young Terry thanked his brother for the 'Congrats on your new job card' he sent last year but told him that the last thing he really needed was some generic bromide from Hallmark.  "I don't think 'About Time You Manned Up, You Pathetic Little Loser' really counts as a bromide," he responded. 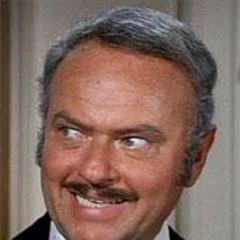 "My mind is a raging torrent, flooded with rivulets of thought, cascading into a waterfall of creative alternatives..."

Or Castellini.  Who hasn't had that thought about him after reading his annual analysis supporting his win prediction?


From The Mouth of Da Coach
Not that coach, ND's coach. Having an overly developed sense of fairness and with formal practice starting this weekend, it seemed only right to provide everyone insight on The State of the Team.  So find below - paraphrased - Kelly remarks from his Opening Press Conference:

BK:  It's great to be back and begin another season here at ND.  The kids have been working hard and my use of jargon that reveals nothing is in near mid-season form.  While I'll pull out my Glock and start randomly shooting if anyone asks about the turf or Jumbotrons, I have been asked a lot about Jarrett Grace.  He's in a great position now where he's running and he's going to be close to being ready when the season starts.  Much closer than we thought he would.

Q. What can you tell us about Nile Sykes departure?
BK:  It just wasn't the right fit.  He's a good kid... I gave him a great recommendation and we wish him the best at wherever the hell he ended up.  I didn't really pay attention to whom I was talking to, actually. I may have also signed something, I'm not sure.

Q.  What freshmen have jumped out at you this summer?
BK:  You mean, like, literally jumped out at me?  Like in a threatening fashion or trying to make me jump?  None, thank God.  That would be inappropriate, don't ya think?  Now if you're talking about athletically, Nick Watkins was very impressive.  Nyle Morgan continues to impress.  Jhonny Williams' athletic ability really stood out. And Jonathan Bonner.  Still have to see 'em in pads, obviously.

Q. Johnny Lujack had surgery this week.  Have you gotten a chance to know him?
BK:  I have.  And he's doing well. He's an icon with such a down-to-earth quality. Speaking of earth, did you know that as a lad, Corrigan mowed his lawn?  Pulled his weeds?  I'm pretty sure that's not a euphemism - it really was a yard work-based relationship.  Still, impressive.

Q.  Your general thoughts on the O-line?
BK:  Lombard - Nick Martin - Elmer - Stanley... you're talking about four starters returning.  That's a good place to be. We have to figure out the 5th.  Hegarty / Hanratty / McGlinchy.

Q.  When you talk about what you're looking for in your QB and you have one that took you to a title game and another who has never taken a snap...
BK:  I would argue that Everett road the bus to the championship.

Q.  You've always had outstanding TE's who could block.  Who fills that capacity?
BK:  Durham Smythe; Tyler Luatua; both those guys. I have a great deal of confidence in Durham Smythe.  Koyack looks great - did a great job of leading that group.  But I think you're going to enjoy watching Durham Smythe play. In fact, I think I love him.

Q.  Do you have a pecking order regarding who you're hoping to step up early among the WR's?
BK:  I think you start with the guy who has been consistently the best leader since January, Chris Brown.  I look for Davaris Daniels to give us great production.  Corey Robinson is going to be a really big time player for us.  Will Fuller has elite speed and we're going to utilize him so much more this year. And Torii Hunter has looked impressive.

Q.  Looking ahead, what scares you?
BK:  Ventriloquist dummies.  Those things have always just freaked me out.  Especially when they start talking with that Exorcist / Melina Mercouri voice. Beyond creepy.  And I've also always been scared of getting my bags stolen while I'm peeing in airport bathrooms.  I mean, you're so vulnerable during the work-in-progress, ya know? And don't get me started on the prospect of Flanders seceding from Belgium... talk about frightening.

Q.  Um, coach, what about football related?
BK:  Oh. That's easy.  That my new D-Coordinator will turn out to be Jon Tenuta with a Tom Selleck moustache.

An English Major Walks Into A Bar...
As little regard as I have for Hemingway, my feelings are polar opposite for Charles Dickens.  The man who made an art form of the "why say something in one cogent breath when you can turn it into a serialized, 17 chapter mishmash of improbable plot lines, digressions and absurd caricatures of the loons one encounters in real life?"

A Cocktail of Two Cities

For readers of All the Year Round, a weekly journal that Charles Dickens published himself, it took 30+ issues to tell a tale set between Paris and London during the French Revolution. Though the cities are the real stars, there's a tragically romantic love story that plays out on their streets - starring a golden-haired babe and the two men who are willing to die for her.

The best of times?  Maybe for her.

Toast to sooty chivalry with this cocktail's take on a famous drink hailing from "The New York Bar" in Paris.


Place the sugar cube in a flute. Pour the gin and lemon juice into a shaker with ice.  Shake well.  Strain into the flute. Fill to the top with champagne. No passport required.

September
6       Michigan  -- LINIPALOOZA!
This year a petting zoo on the terrace...
And a free ferret for each of the first 50 attendees!


The Wager - where are you on the continuum?

1.   Miami Heat.  It wasn't just that they lost. They got dismantled by America's most likable pro basketball team. (Okay, that group is pretty small but still..)
2.  Brazil. Sure they've provided the world with interesting if painful waxing procedures for one's naughty bits. And their commitment to Mardi Gras makes N'awlins look remedial.  But they're also one of the dirtiest soccer teams on the planet and that irritating "all our players need only go by one name" pretension... ugh.  You're kinda the Miami Heat of World Cup.
3.  Netherlands.  Their soccer fan-base is also pretty hot but their commitment to orange EVERYTHING breaks every fashion law imaginable.

1.  Jameis Winston.  Recently interviewed, 'how'd you grade yourself on your off the field behavior?'  And he says, 'great'.  Really. Get used to seeing a lot of crab legs this year, J-Win... I hesitate to think what you'd consider inappropriate behavior.

2.  Johnny Manziel.   A picture's worth 1000 words. I don't begrudge him his lifestyle choices - he's not the first kid to party. A lot.  I do take issue with his general sense of entitlement, doing whatever he wants without seemingly believing there's any consequences. Sorry Browns fans, not gonna rooting for him anytime soon.

3.  Shelley Meyer.  Urban's wife who comes out last week against all the U. of Florida "haters", breaking the 1st Rule of Coaches' Wives Club (Never, ever, speak publicly. Ever.). And Shelley, you might want to re-check that assumption about all those closest to Urban remaining loyal.

4.  Ray Rice.  I don't think the "everyone makes mistakes" excuse gets to be applied in this particular area.

Presently at 17 commitments with ~ 6-7 more spots and some outstanding names still strongly considering ND as we head into the season:


Venn Diagram of the Month 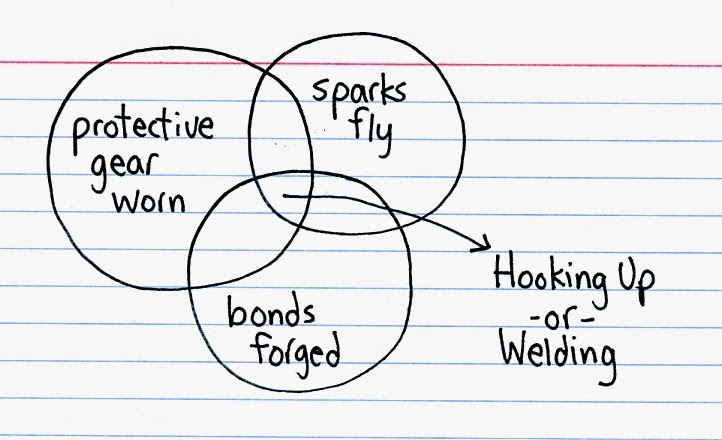