PH:  I don't think I'm quite familiar with that phrase.

W:  'To the pain' means the first thing you lose is your feet below the ankles, then your hands at your wrists, next your nose.

PH:  Then my tongue, I suppose.  I killed you too quickly the last time.  A mistake I don't mean to duplicate.

W:  I wasn't finished.  The next thing you will lose is your left eye followed by your right.

PH:  And then my ears, I understand. Let's get on with it.

W:  Your ears you will keep and I'll tell you why: so that every shriek of every child at seeing your hideousness will be yours to cherish.

What a great movie.  And a terrific sentiment:  to the pain.  Now who's ready for some football?!  Here's my 'a girl can dream, can't she' attitude: we're gonna be young but we're gonna be good.  No bluff.  Let's bring some pain - to someone else. 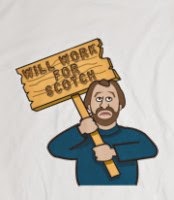 I recently read of a fellow who received a substantial inheritance from a relative, with the proviso that he use the money to improve humanity.

So he sunk the money in approximately 100 bottles of extremely premium single malts, believing he was facilitating full employment for the Inner Hebrides islands. 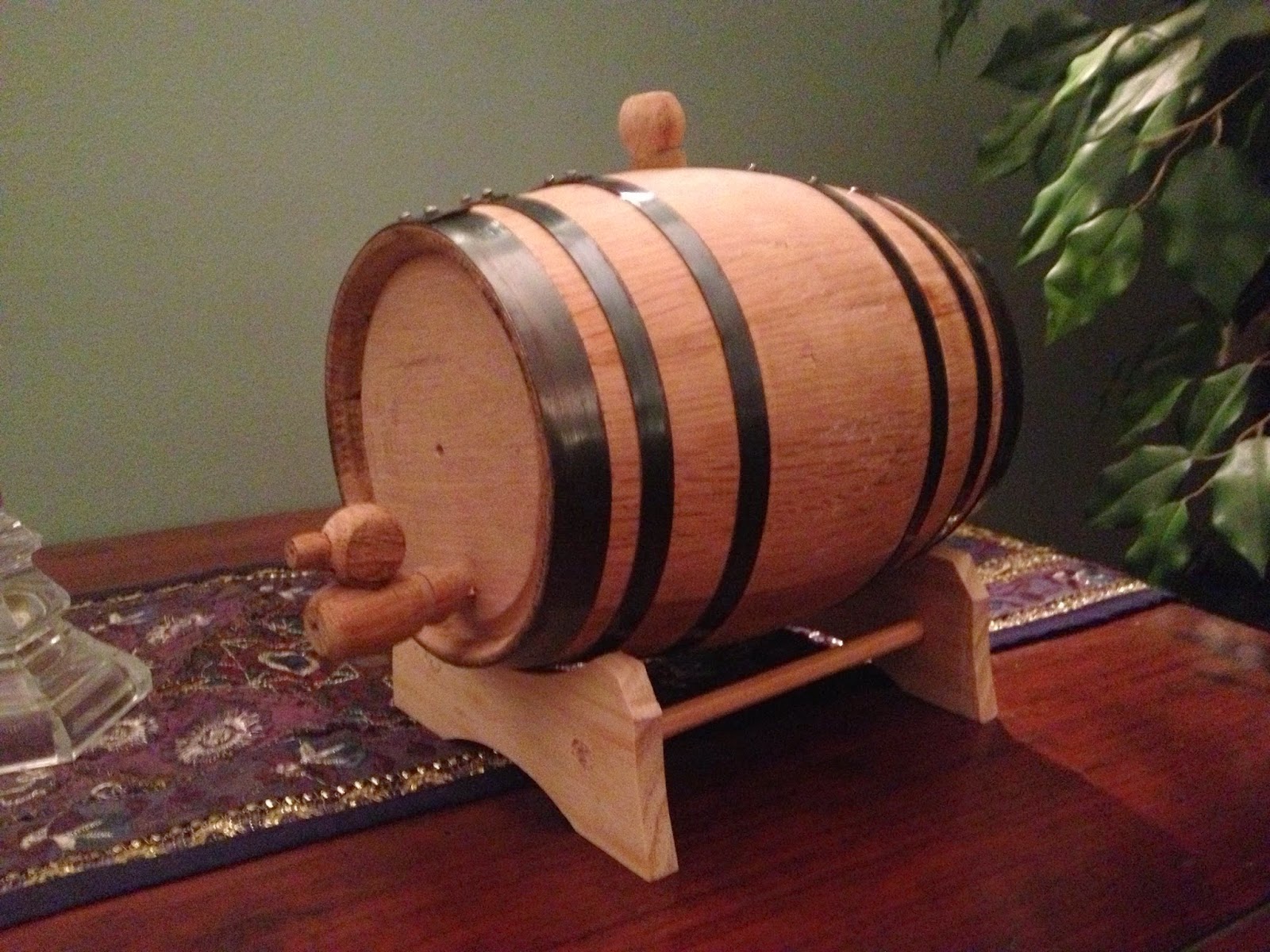 Speaking of which, all potential visitors -- Scotchlandia just got... scotch-ier!

The instructions for this 2 liter Bad Boy (someone please tell my wife I actually read them) state, "Ideally your barrel would always be filled..."

And also, "Check your barrel and their contents every couple weeks - top off when necessary..."

Not gonna be a problem.

Thank you brother Mike!  (And yes, boys, this could easily travel for Christmas in CT...)

Song of the Month
It was 20 years ago that the Meat Puppets released their album, "Too High To Die" - an anniversary I suspect precious few are celebrating.  Except me.  I mean, how often can one pull off a song whose lyrics are clearly modeled after Yoda's speech pattern.  Come to think of it, it also sounds like a lot of (likely) incoherent speeches we gave our kids before their freshmen years of college.

And maybe what Kelly is telling his young, undeniably critical underclassmen.

Nonetheless, it's a great song. Enjoy.

"Things we must not do,
Must not walk through walls.
Also also don't
Do some things we did..."

Philodox  (n.)
One who is enamored with his or her own opinions, usually to the exclusion of yours.

Used in a sentence:  This time of year, there is no greater example of a boorish philodox in love with his own voice that the insufferable, yammering football experts that populate the TV, message boards... and blogosphere. 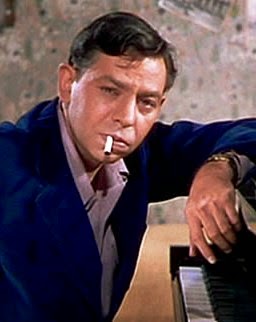 "What the world needs is more geniuses with humility; there are so few of us left..."


And isn't everyone a genius in the pre-season?


An English Major Walks Into A Bar...
This is a time for happy, 'glass half full' thoughts - we're undefeated!  So we need a book-based cocktail that reflects that optimism.  Or not: 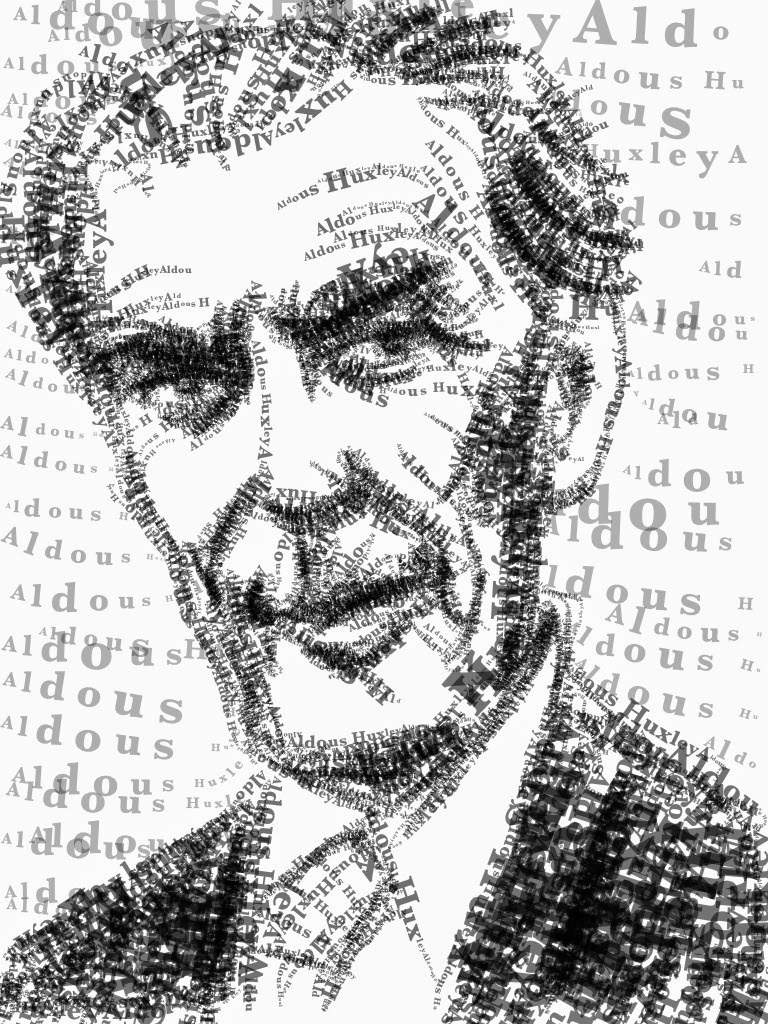 Imagine a world dominated by antidepressants and governmental control over reproductive rights. (Oh. Wait.)  Written in the '30s, Brave New World could've been cut-and-pasted from today's headlines.  Huxley penned a dystopian world in which embryos are pre-programmed for certain behaviors and needs, and technology so revered that "Oh my Ford" is a commonplace utterance.  While Huxley was an outspoken fan of psychedelic drugs, you can now legally freeze your own brain with this swirly smoothie featuring a surprising aphrodisiac:  watermelon.  (Like we say in Scotchlandia, what you drink - and who you drink it with - ain't nobody's business but your own.)
Add the vodka, watermelon, lemon juice, sugar and a handful of ice to a blender, running until smooth.  Pour into a cocktail glass and float the liqueur on top.  One gulp of this and you'll be more than brave enough to take on The Man.

There have bee a more than a few things that have given me sports-based pleasure over this past year - The Spurs and Rory for starters - but maybe none more than our local Little League heroes, Jackie Robinson West, who made it to the World Series finals before succumbing.

And unlike many of the high school kids you see - witness any sports HS All-Star games where they give unbelievable attitude like they're pros - these kids had actual sports etiquette. (Witness the boy who hit a HR, did a Sammy Sosa-like hop, then went and apologized to the opposing manager for possibly being perceived as showing up his team.)

From Chicago's South Side, they played hard, never gave up and were a ton of fun to watch.  And while not long on economic benefits, they're no longer short on admirers.   Cannot wait for their Ferris Bueller parade on Wednesday.  Enjoy it, boys.


The Wager:  Cannot WAIT to see where everyone nets out this year...

The time draweth nigh... ESPN talking heads seem all clustered around the top-of-the-bell curve, 8-9 territory.  Predictable sheep.  The A Lot group is made up of much freer thinkers.

Note the Brothers Corrigan & Gruley at the top - Team Optimism or Team Delusional?

1.  Nevada.  I have nothing against you guys whatsoever but I caught the Jackie Robinson West fever in the LLWS and seeing those kids bounce back from getting pounded by you a week earlier - and down 5-4 in the 5th... well, that was really lovely.

So I have this idea for a children's book centering around a character, Steve the Obsessive Compulsive Troll, who'll seemingly terrorize all the villages in the region - because he's, you know, a troll.  But in reality he just goes around and tidies up everyone's huts, weirdly arranging all their livestock by size and placing all their crude utensils in a row by function.

Every week, they'll see him coming, run away in sheer panic for their lives, knocking over all sorts of stuff in the course of their hasty exits and generally leaving their huts even messier than normal.  And he'll clean them up.

Set in the Middle Ages, there'll be little understanding - or empathy - for anxiety disorders and the sense of ostracization it begets. One can imagine that among the other trolls he's mocked relentlessly. "Weirdo," they'll say.  Ultimately, he'll encounter a young child, somehow left behind in the mayhem, who'll look beyond his freakish looks and realize that not only CAN ONE NOT JUDGE ALL TROLLS THE SAME but how awesome it is to be a completely lazy toddler and have someone else clean it up.  Sweet!

And the concept of the symbiotic relationships will be born.

There's still some work to do - I think it needs a little more dramatic tension - maybe he gets kicked out of Troll-land - and probably a wise-cracking animal sidekick needs to be incorporated...

I will serialize this - not unlike Dickens - and like any writer worth his salt, I already know how it ends:  Steve will get therapy and the villagers will realize what the small child always knew: that the troll was an immense, if unlikely, talent:  he'll go on to change his name to Stefano and his OCD (involving all things straight and orderly) will manifest itself in a highly successful architecture practice utilizing early Prairie-style principles, something that poseur Frank Lloyd Wright will take credit for 1000 years later.

Net, a capitalism-based happy ending.  I smell a brisk business in the psychiatric space.  And a deal with DreamWorks.

But I digress. (Significantly.)

Back in the Real World:

What To Wear At Strayer This Season.  Or Not.

Interesting, cautionary article as many of you pack your travel bags for this year's social season.

And yes, the farm comment hit uncomfortably close to home.