Week 1: I Must Not Think Bad Thoughts

Okay so follow along on this progression - it may take a while...

This past weekend I'm watching an old Dr. Who episode with daughter Shea, one where they land in Victorian times involving a fairly melancholy Charles Dickens and some fairly active and dare I say, mischievous, spirits.

What's relevant is that in the course of several conversations, Dickens references working on his latest book, "The Mystery of Edwin Drood."  There is, of course, immediate tragic irony for any respectable English major, knowing that particular book never gets completed - Dickens died after suffering a stroke before finishing it.

But it got me to pondering about Mysteries, big and small, that have vexed me for awhile, like:

That last one may not be a mystery but it baffles me and I offer it without judgment.  After what I'd have thought to be a nearly perfect day last weekend - a great tailgate, a decisive victory, a return-from-exile QB looking great, young RB's impressive, an actual punt return game!, a ton of freshmen playing, inevitable but seemingly fixable mistakes on D - the majority of post game comments I read seemed to range from 'yeah, great, prove it to me next week' to 'Kelly will surely screw this up'...

Huh? Can we not just enjoy the 'they-played-to-the-level-of-hoped-for-competence' outcome -- even a little while?   Raz and I certainly did.

Back on point: Mysterious attitudes to me.  And sad.  Notre Dame du Lac, where football-based Optimism now seems to go to die.

Of course, I live in Scotchlandia, where every day is a halcyon day of glass-half-full-and-getting-topped-up good cheer.  So this perplexing dynamic may not be so confusing to you.


Song of the Week
The brilliant Robin Williams once observed that being Canadian was, geographically speaking, like living in an apartment above a really great party.  Perhaps but they've given us some excellent contributors to that party, musically, in their own right... and this week's feature, The Guess Who, were pretty terrific in their day - at least to Teenage Terry.  And while Saturday weather didn't end up being as problematic as originally forecast, I'm staying with the rain theme even if it's just metaphorical bad weather.

Full disclosure: I have no clue what this song is talking about. I've always been a little freaked out by the ominous 'where'd ya get the gun, John?' refrain.  Which, come to think about it, is totally in keeping with this week's prevailing "something bad is surely going to happen" theme.

Used in a sentence:  While never actually wishing to experience it himself, Young Terry loved to hear tales of the aubades performed while the 'A' Lot crew set up their tailgates each Game Day morning. Known campus-wide for their haunting beauty.

Just like the Jews during Exodus, A Lot is forced out of The Chosen Land...

Unlike the Jews, we didn't have to go really all that far. Maybe 100 yds.

But so far, so good.

Thank you, Raz, for getting us down on the field.  What a treat.

And nice of you to bring some really great guys from Rice.

And by the way, up close, those guys are really quite... large.

The Executive summary:  Offense could be scary-good.  But with a marginal pass rush and weak communication in the secondary. The latter seems correctable, the former may not be.


*limited range but what he does do, he does really well.

An English Major Walks Into A Bar...
What kind of cocktail does one need for a conflicted, why-can't-we-just-be-happy blog?  How about:

All one-hit wonders should hit so hard!  Harper Lee's only novel is the oft-taught tale told by little Scout Finch, watching her Alabama town rally behind a lying drunk's lying daughter, who's up and accused an innocent African-American man of taking advantage of her.  Lucky for Scout - who watches from a courtroom balcony as her lawyer father defends the man - she's got levelheaded pals by her side, including Dill, who is famously modeled after Truman Capote.

After a conclusion that leaves you both hopeful and haunted (WELCOME TO ND NATION'S WORLD, Atticus), toast to a sometimes sour justice system (Ed. note:  insert Honor Code joke here) with a tequila shot that's guilty of packing a dill pickle punch.
Pour the tequila into a shot glass, add the hot sauce and slam that bad boy back before chasing with a big chomp of pickle.  No tears allowed here - after all, there is no crying in baseball or tailgating. If you can't stand the heat, get out of the Lot.

Honestly, can there be any doubt that last week was all about Everett?

How many times did you watch plays last week and thought to yourself, "never saw that last year..."

So much for the Rice mulligan...   check out the distribution of bets below as they've shaken out.  The lesson to be taken here?  There are no winners when it comes to investing anything, financially - emotionally - psychologically, on Notre Dame football.

(Kudos to Dennis for making his special brand of pessimism look both super cool and totally terrifying.)

Schadenfreude Time
A LOT of close calls - I'm talking to you, Jameis - but I get no joy from them.  So just one to call out this week:

South Carolina.  The Ole Bawl Coach seemed mysteriously quiet after getting taken to the wood shed by A&M.  52 points, Steve.  May I call you Steve? The silence is glorious.

Typically, one thinks the off-season is the perfect breeding ground for irretrievably dumb ass behavior but the 2014 Athlete proves they can do double duty even when the games start up again.  Today's multi-taskers include:

1.  Josh Shaw.   This recognition is not for whatever bad you must've done.  And given the absurdity of the lie, it must be a doosey.  Rather it's for thinking you could get away with it - in Los Angeles, of all places where discrete is an unfathomable concept - and the hubris associated w making yourself appear so heroic. 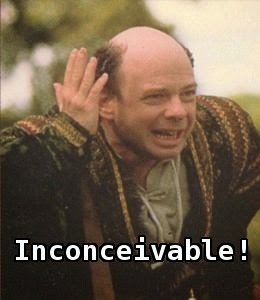 Oh and now you've just been busted by the league for amphetamines.  Oops.  Your response: a 'dog ate my homework' excuse of being drugged at the Kentucky Derby.  Oh really. I take back the Texas Stupid comment, you're SEC Stupid.

And you wonder why your ratings are in the toilet...

The Great Fire of London wipes out 80% of the city. Ouch.  But! It also takes their plague-infected rats with it.

So as Kay Corrigan likes to say, "God doesn't close a door that He doesn't open a window..."

Consider that line of thinking (or rationalization) when the University ultimately metes out its Academic justice.

Holtz and Feherty - nice little clip even if it doesn't offer much in new insights. Wouldn't you love to hear the off camera conversation?  Like the sweater, Lou.
Posted by Crash801 at 9:26 AM