So many people to thank, so little time, for what was almost literally a week of fun that, by midnight Saturday, felt like a month:  Raz, Ray, Grules, Peter, Cinco, Jim, Lini, Jay, coach Hoke...

What a week.  Best told in pictures since I remember precious little of the specifics.

But first a digression... in light of the Academic Investigation That Will Not End, allow me to pose a hypothetical:

Say there's a young, impressionable freshman - for sake of argument we'll say he's from Iowa - who nearly immediately finds himself in the wrong academic track and definitely in the wrong Calculus class.  He struggles.  A lot.  His frequent refrain of "I was told there'd be no math..." falls on deaf ears.  But he meets a charismatic, self-assured classmate from - again merely for sake of the story line - Alliance, Ohio.  "Wow, doesn't that place sound upscale!" the naive Iowan thinks.

Cutting to the chase:  as the semester spirals downward, from academic mediocrity to worse, the Iowan resorts to looking on Alliance Man's (AM) papers during quizzes.  Suffice to say, it turns out AM wasn't quite the smarty pants Iowa Boy thought.  The ultimate lose-lose. Both self-esteem and GPA down the tubes.

So what is it that the lad in question more guilty of:  breaking the Honor Code or breaking the Stupidity Code?

This, of course, is not a real example.  In Reality, Iowa Boy and Alliance Man went with Kansas City Man and Massapequa Man to Joanne, The TA, who got all of us through, barely.

The point of the story?  That maybe things truly never are as bad or as good as it seems.  And as an active practitioner of "Moderation In Everything, Including Moderation", I suggest this:  that - after two really nice performances in which we all reveled to a ridiculous degree - perhaps we shouldn't be looking too far ahead.  Instead, just enjoy the ride.  They're a fun team to watch.

Song of the Week
This game calls for a happy song - the kind that when I hear them in a car I risk speeding tickets and fantasize about a glorious top down, full throttle Thelma & Louise launch over the Grand Canyon, singing this song at the top of my lungs...

(Note to reader:  you've been duly forewarned.  A ditch will be the least of your worries.)

Back on point, it's a song that famously has no wholly fixed lyrics - basically it's whatever Eddie Vedder wants to make up at the time - except for the lyrics below... the first being how I feel every year with the Michigan game and the second on how I now feel about 16 hour night game experiences.

Hope you enjoy the song!


Word of the Month
Apricate (v.)

To spend time basking in the sun.

Used in a sentence:  With 12 hours to apricate before kickoff, Young Terry should've worried more about sunstroke than inebriation. 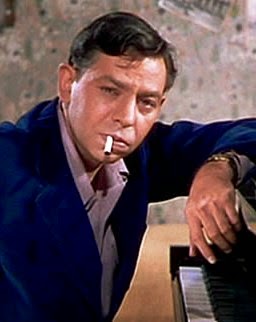 "It's not a pretty face, I grant you.  But underneath it's flabby exterior is an enormous lack of character..."


That pretty much sums up the state of the 2014 Wolverine football program.


I knew the evening was going to be interesting when - before I even got to the party - I hear:
a) "Mom forgot her shirt."  (Excuse me?)
and
b) "Cincotta wants to know if everyone is going to be wearing pants..." (Of course he does.)

This, also after JP has texted, saying his sconces send their love.  Or that he really loves his sconces and he wants the world to know it.  I'm not sure which.  Maybe both.

Then seeing Peter slap on the gloves and tell me "this'll only take a second..."  Yikes.

And of course, The Petting Farm.  One look on those little barnyard animals' faces of resignation and one wonders how Stockholm Syndrome wasn't named Dillon Depression. 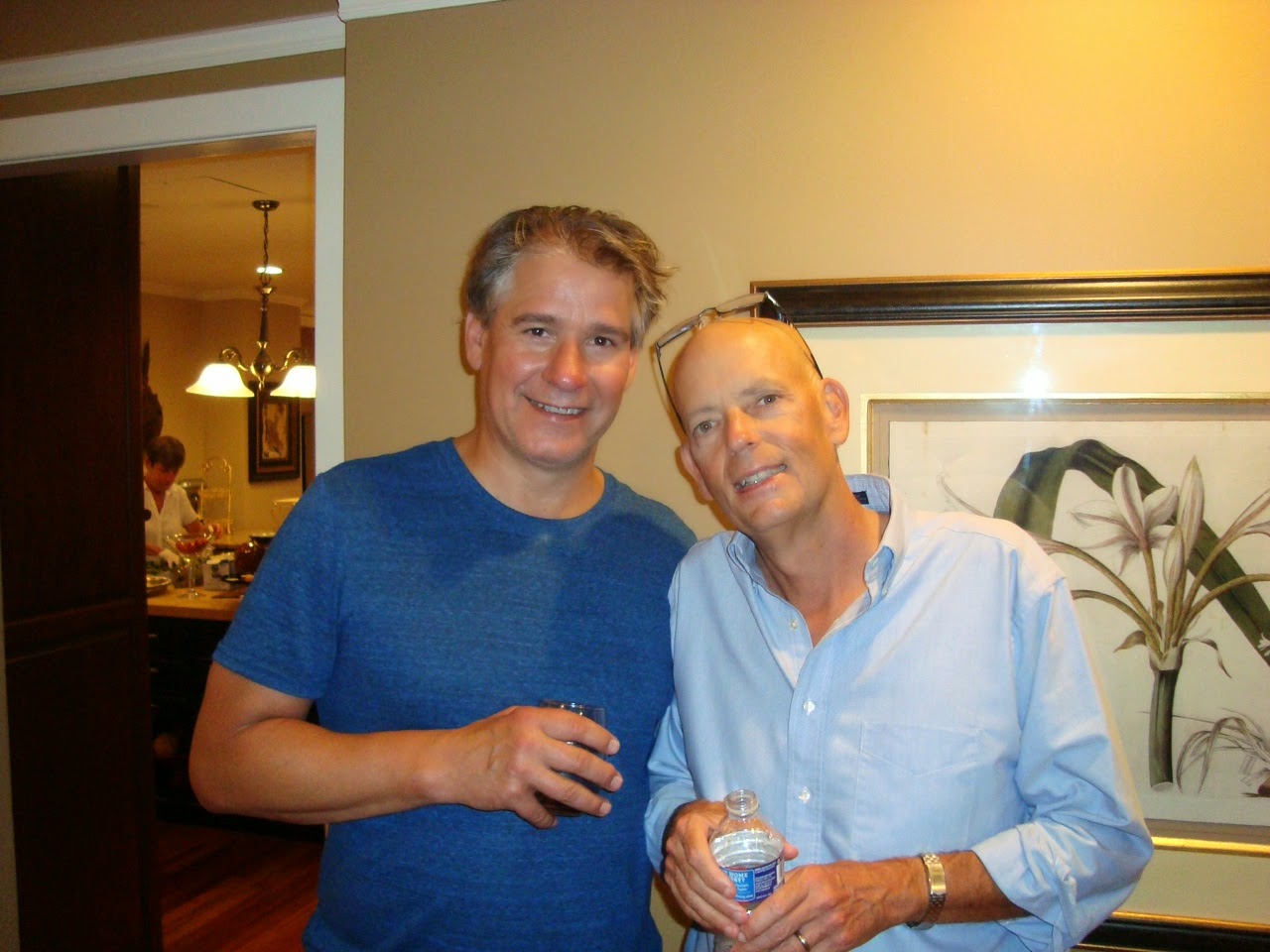 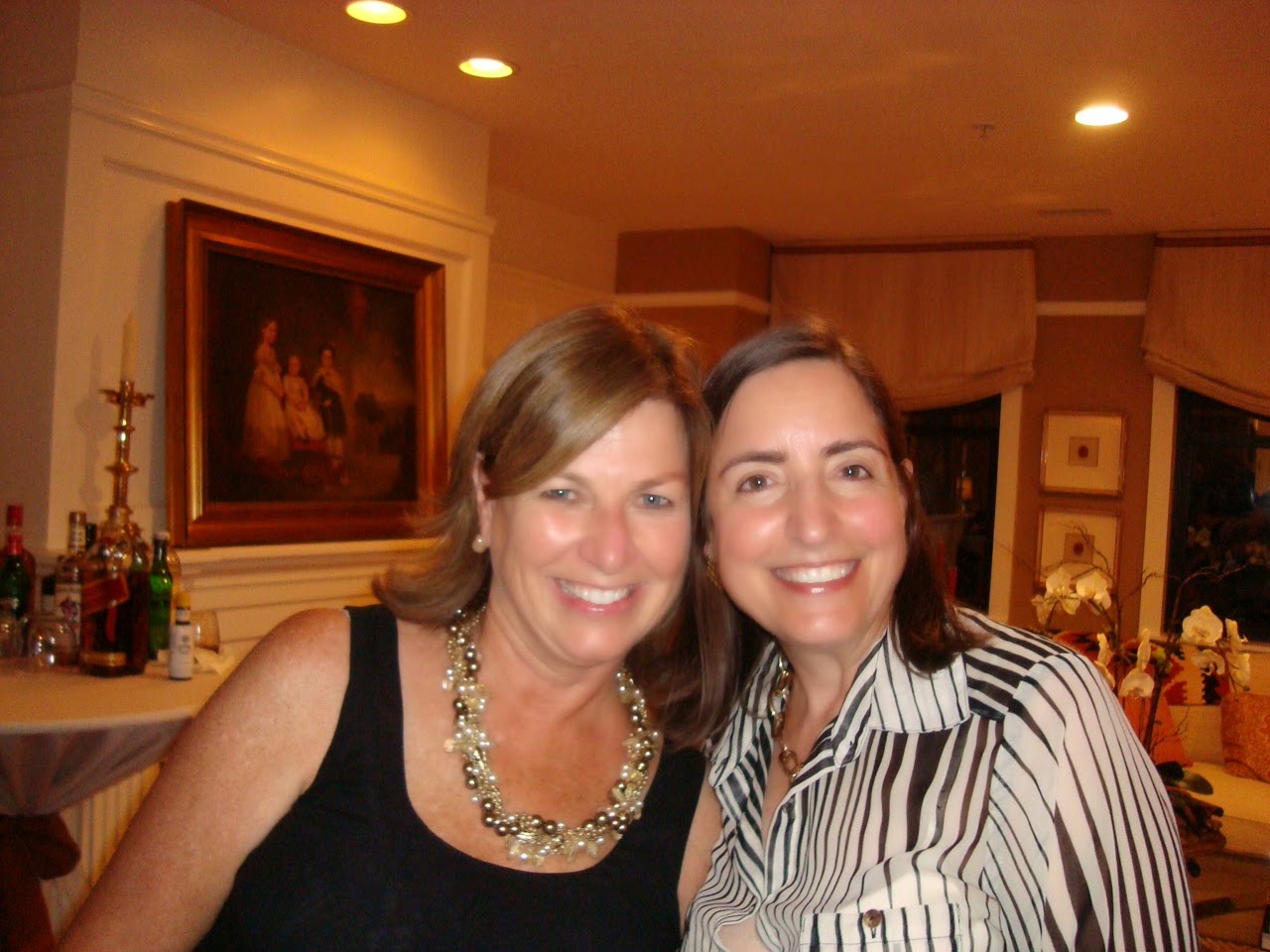 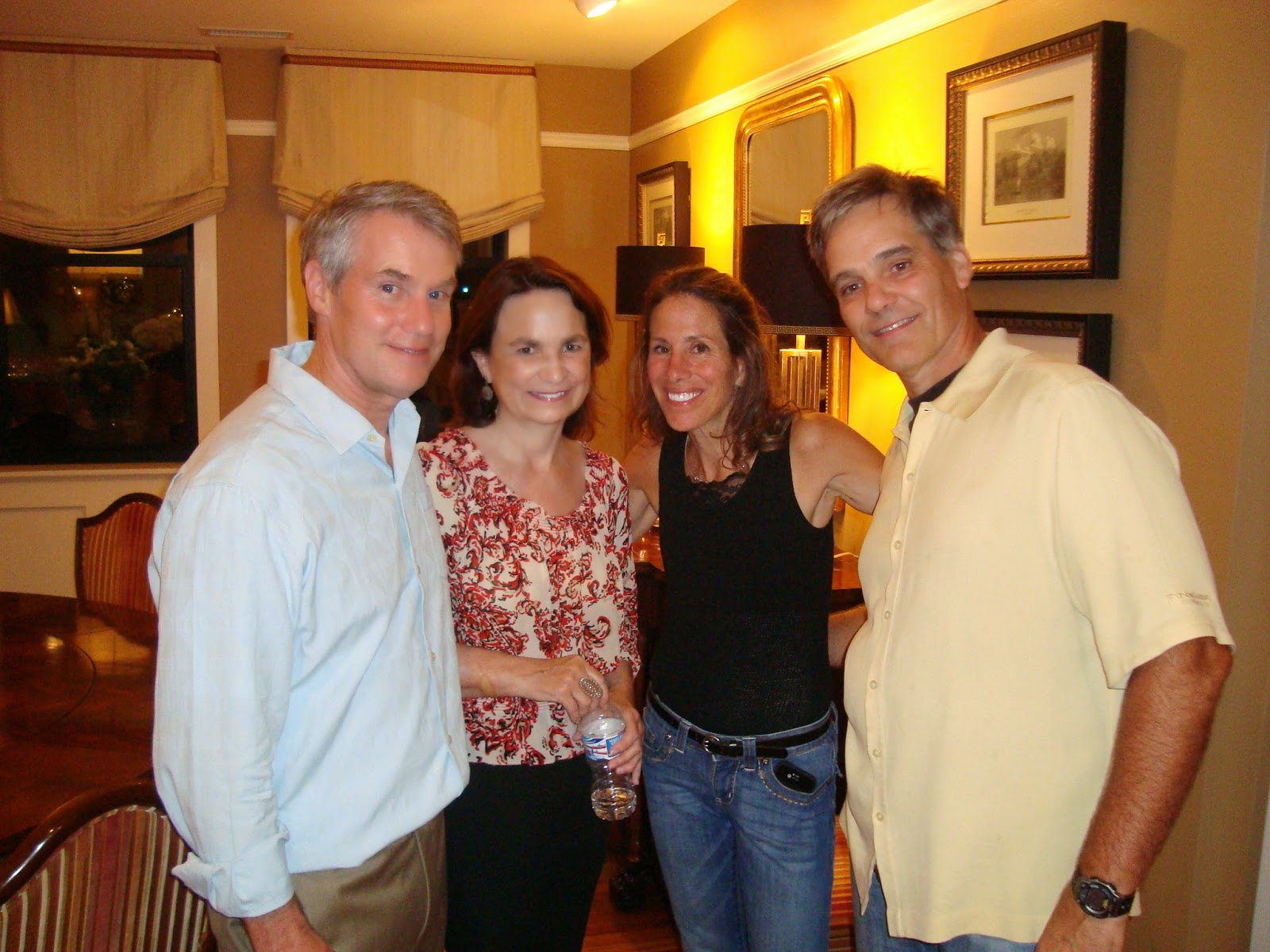 The few, the proud.

Big money exchanged - until no one could make change for a $1.

Cocktails in the bar.

Off to South Bend and Scotchlandia. 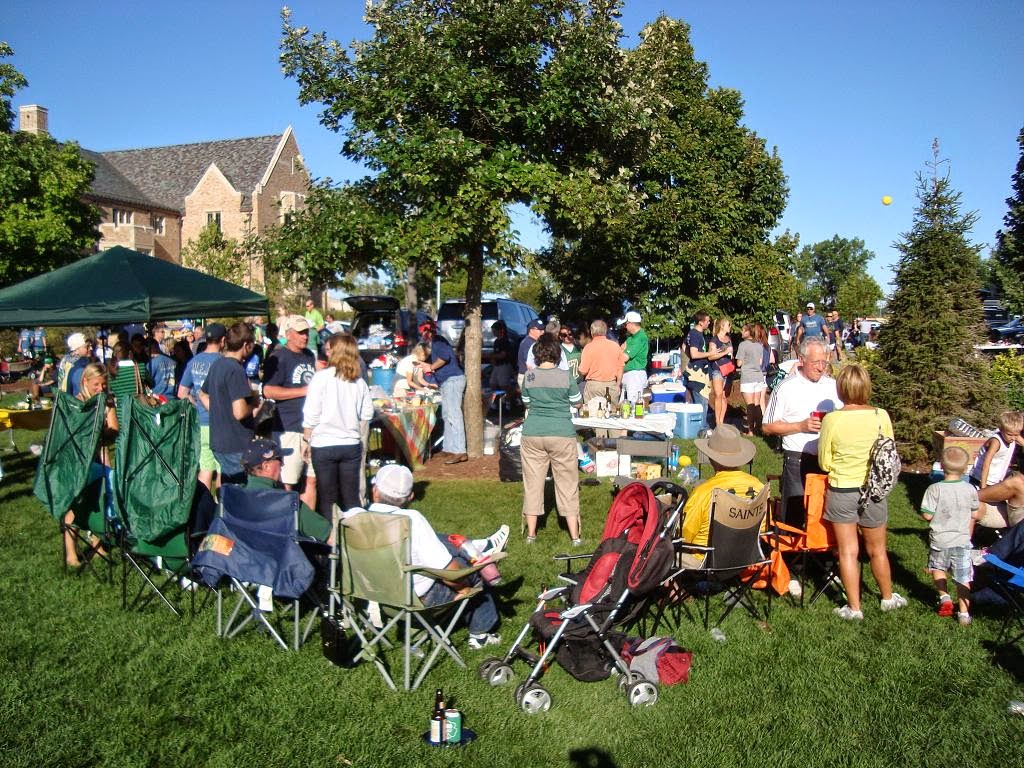 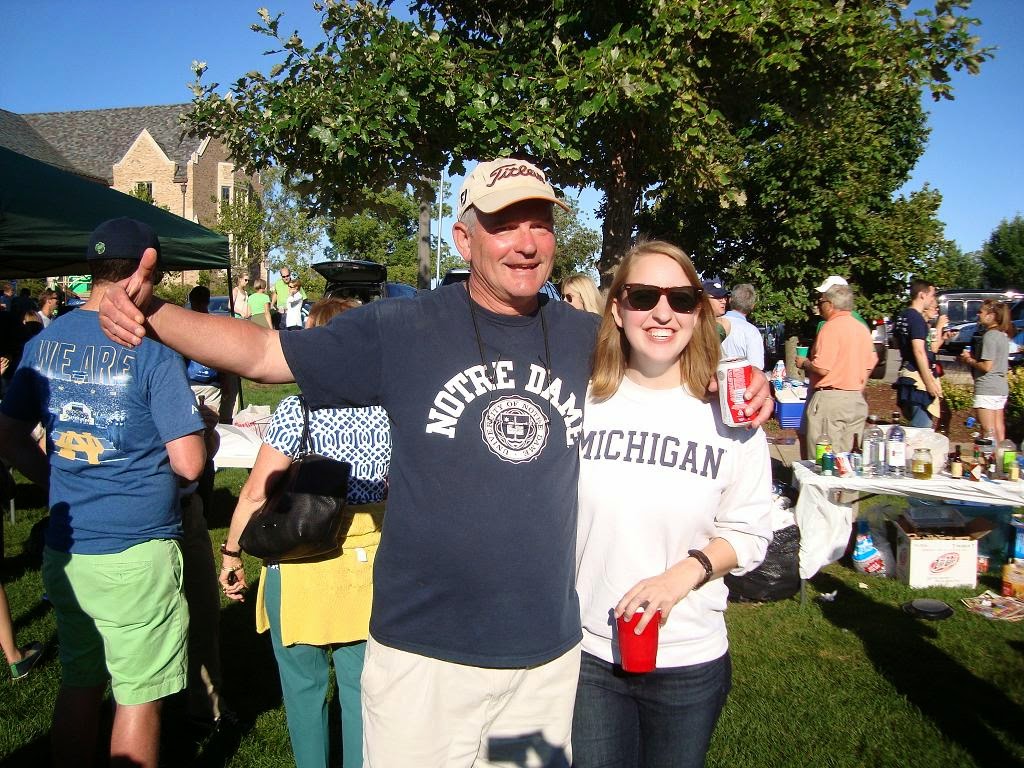 The Executive summary:  We're pretty good.  And gonna get better.  Michigan is not pretty good and probably made us look better than maybe we are - sometimes significantly better.
The October schedule still looks a little daunting but at least going into it undefeated seems far more likely than not.  Specifically re the game: 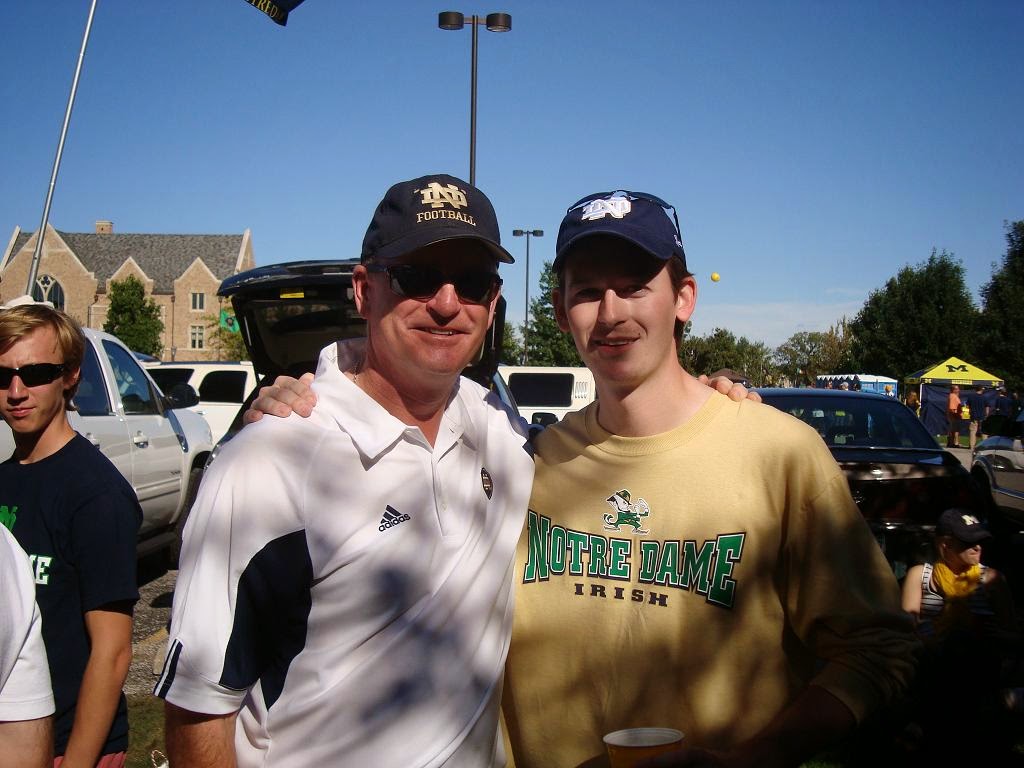 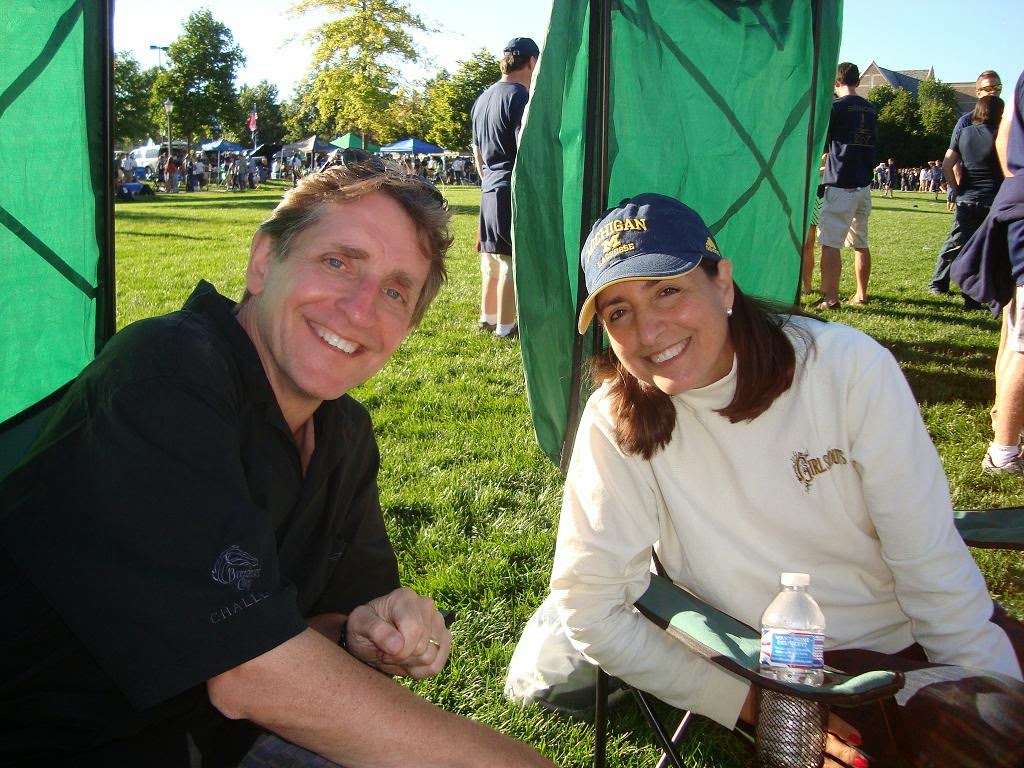 There's only one theme for this game - Revenge!  Best served cold (and with horseradish):

As I've told Jim Thompson in the past, children can be so cruel.  16 yr. old Carrie White is already a social outcast when she adds every girl's nightmare to the list:  having her first period in a gym class shower.  Eek.  It gets messier from there, with scheming teens setting Carrie up to win prom queen, only to crown her not with a tiara but -- and you can't get this at Wal-Mart -- with pig's blood.

Little do her fellow classmates know about her secret telekinetic powers (note to self: insert Everett Golson secret powers analogy here) and our heroine buttons Stephen King's first novel with a decent impression of Satan going through puberty. 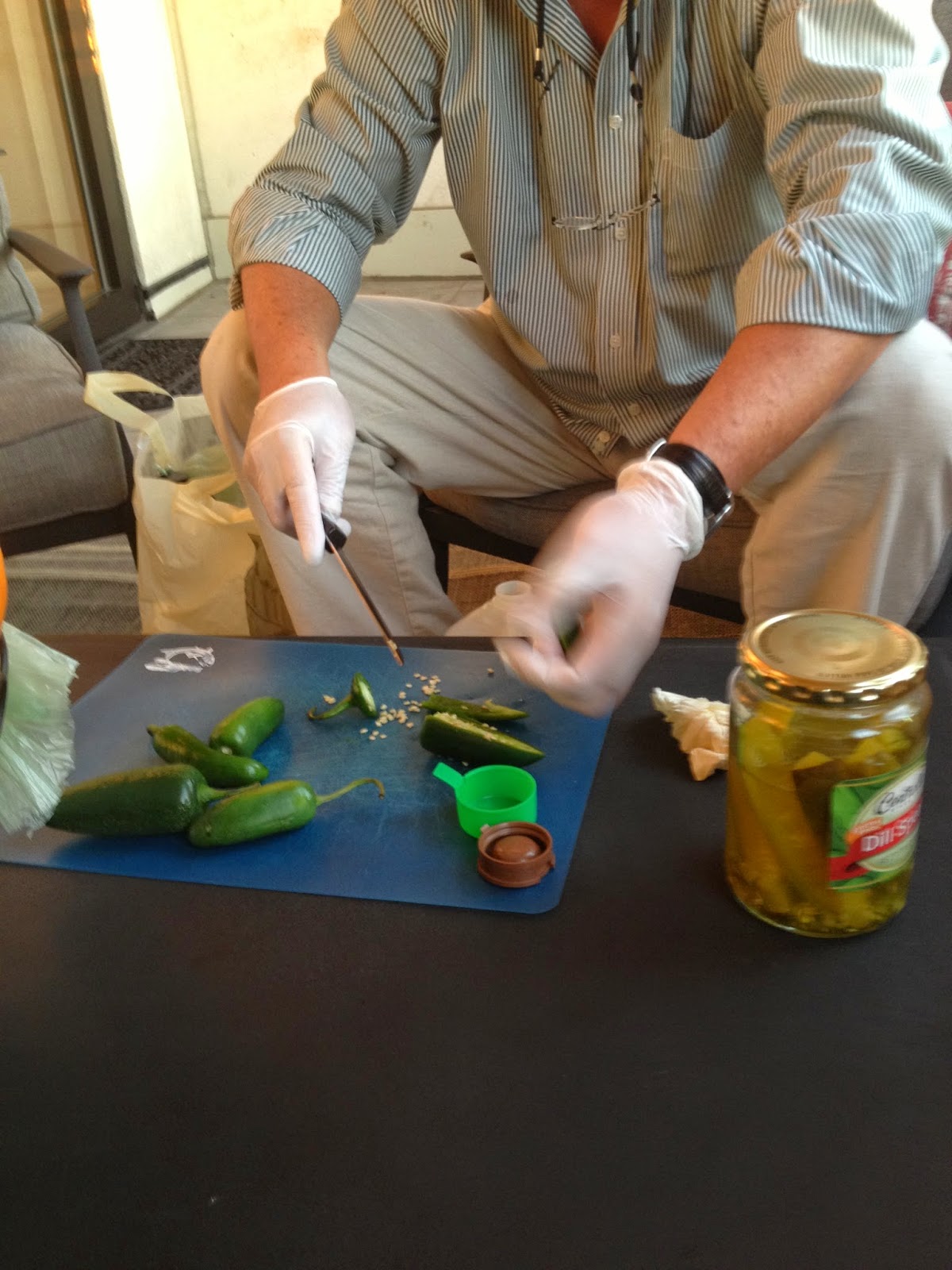 Spice up a legendary drink with ingredients even a schoolgirl has on hand -- though there's no way you're serving this one virgin.
5 oz.  tomato juice
2 oz. vodka
1/2 oz. lime juice
1/2 tspn. Worcestershire sauce
1/4 tspn. wasabi paste
3 dashes hot sauce
salt and pepper, to taste

Add the ingredients to a shaker with ice.  Shake well and strain over fresh ice in a Collins glass.   Finish with a celery stalk or pickle and toast those underrated who ultimately get the last laugh.

NOTE:  This in not the Behrens' recipe.  No way am I giving away that State Secret.

There was a point during the latter half of the 2nd quarter when Everett was surgically taking Michigan apart when I thought to myself, "there's no rule in that says the same guy can't win the Buddy's Buddy award every single week..."

But at that point, I hadn't seriously considered the team actually pitching a shut out either. Ever shutting anyone out, truth be told.

I also hadn't considered ever being a fan of anyone who's an acolyte of Rex Ryan.  But I am now.  BVG's playing a lot of young kids, they're figuring it out and they're having fun all at the same time.  As impressive as the 2nd half pressure was, I was equally taken by the significant Game 1-to-2 improvement in defensive backfield communication.  (Making me wonder if Collingsworth (and his limited athleticism) is gonna make it back on the field if Farley / Shumate et al keep playing this well.

At any rate, well done coach VG.  Buddy always appreciated intelligence.  Not that he was around much with me.

Schadenfreude Time
This was like Karma's Big Payback after so many close games last week.  But I'm still going to try and be disciplined in my selection:

Ohio State.  Most of you probably know this but it's sooo much fun repeating:  Urban has lost three of his last four games.   The only downside: with their fans, you know something's getting torched.

Michigan State.   Like Verbal Kint would say, 'then poof your BCS playoff chances are gone...'

Stanford.  Mike Frank tells me that I should be happier for The Cardinal losing than the Trojans because we probably compete for more recruits against them and the more they get taken down a peg, the better for us.  That's good enough for me.  Plus I think David Shaw is a big grouchy-pants who should experience adversity as often as humanly possible.

A veritable cornucopia of idiots this week:

1.  Drew Sharp.  Detroit Free Press sportswriter, who doesn't include Notre Dame on his top 25 AP ballot this week.  What are you,  a petulant 12 yr. old?

3. Roger Goodell.  Boy do you have some esplainin' to do.  And you suspended Sean Payton for a freaking year because "he should've known..."  What's your penalty?


4.  Pat Haden.  Wow, the only candidate ever nominated by public proclamation.  I use to like you.  Now I don't even know you, girlfriend.  And I sure as hell don't know what you thought you were accomplishing by running down from the press box to argue with a ref.  Just pointless.  And demeaning - your coach texts you so you come a-runnin'?  Have a little dignity.

And if ND doesn't resolve this Academic Investigation, they're ending up here next week.

Czar Peter I of Russia imposes a tax on beards.

I'm not sure if anyone has ever tried to do this again but a similar plan could bring in boatloads of dough at World Series time.

While everyone was scurrying off to the game, one of us was participating in a noble cause, check this out: