Personally speaking, thank God for Aaron Rodgers.  And if we lose to Louisville, I'm calling it right now:  Morrissey / The Smiths are next week's music.  (Alvin or Jim T., I'll be taking suggestions…)

After the self-loathing passed, I started to feel a little sorry for myself - I did get up at 5:30am to stream the game on the NBC Live app, what a waste that was - until Sully rightfully pointed out that he (and his other noble fools zealots) did likewise to actually go to the game and witness it. 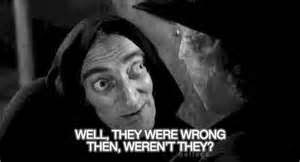 "Epic Fail'"
Those were the first words that popped into my head after Northwestern's nondescript kicker made his last FG.  Almost impressive that on a single day you could have virtually everyone on a team turn in their worst effort:  offense, defense, special teams, coaching.  Sorry, Daryl, but I bet even the managers mailed it in.  One would suppose that isn't easy. 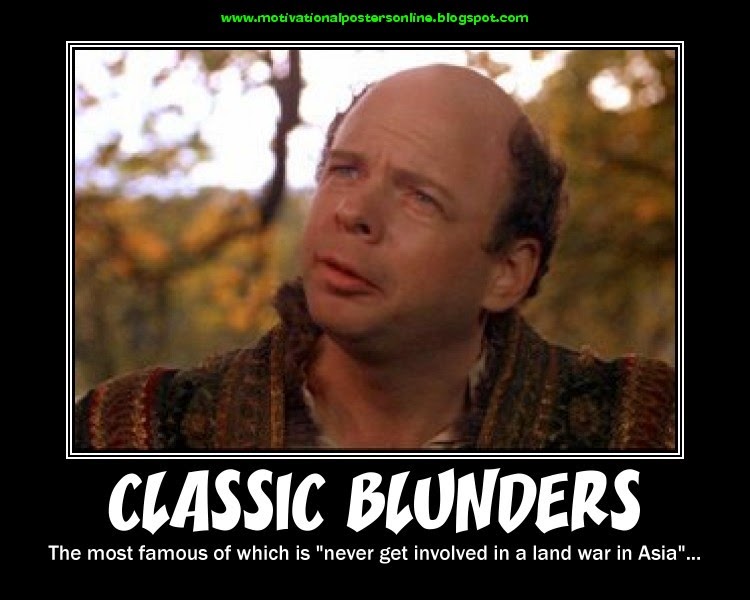 But it got me thinking of other failures, historically, of near biblical - certainly iconic - magnitude:

3.   Decca Records.  After hearing about a dozen of their songs in 1962, turned down signing The Beatles because "guitar groups were on their way out." 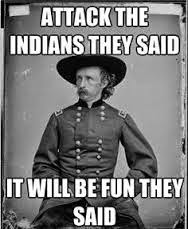 4.  Custer at Little Big Horn.  And site of first recorded famous f-bomb dropped in history ("Where the f*** did all these Indians come from?").


So perhaps all is not lost.  Fame (or infamy) can still be ours. 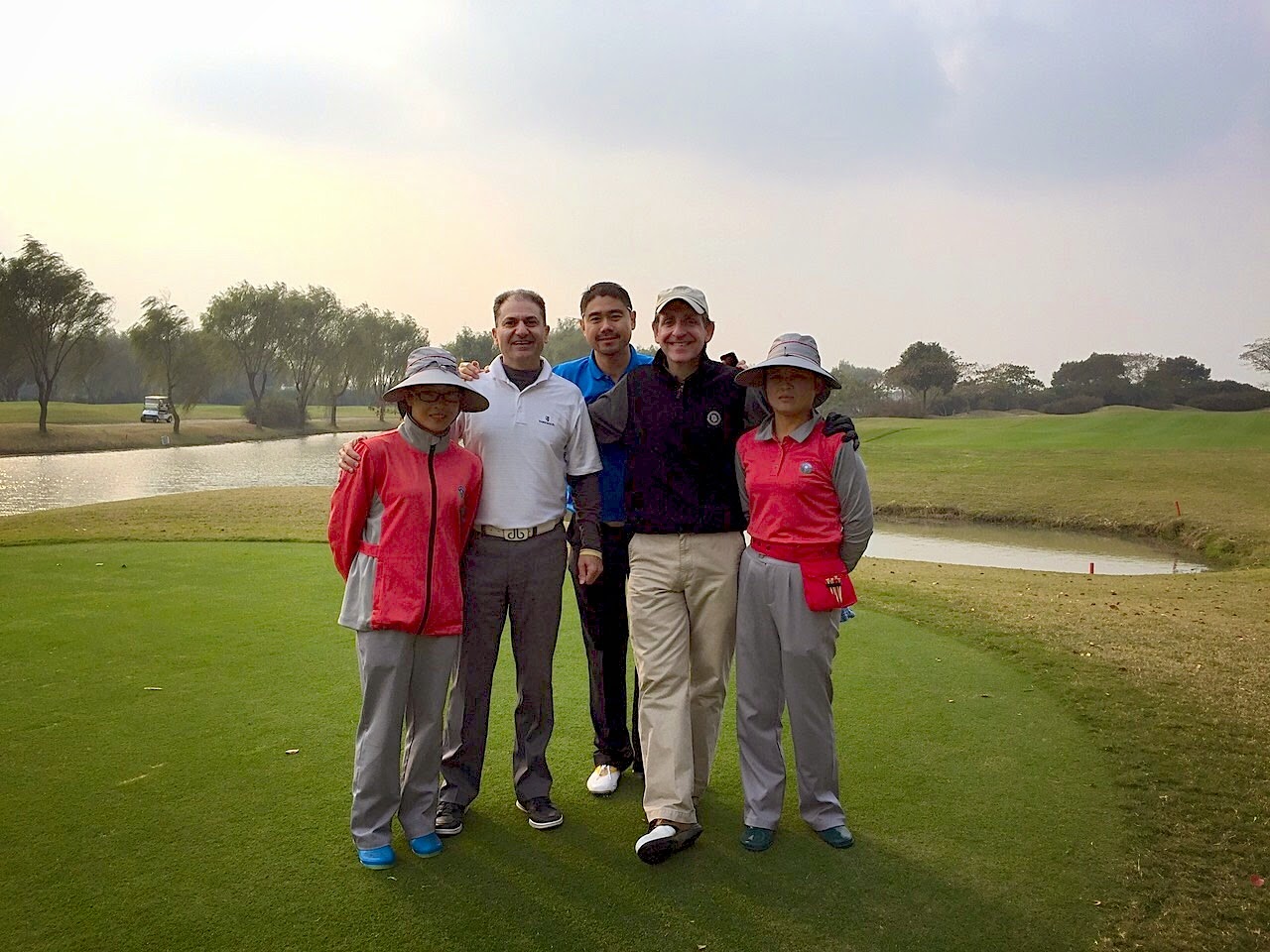 It helps that the football game ends at 9am Sunday morning here.

Silport Golf Club in Jiangsu.  I have no idea where that is.  But we drove from an hour to get there which allowed me to fully separate from the horror I had just witnessed in my room.

Not only was my caddy a snappy dresser (I'm bringing back matching bonnets for Al & JP), she could really read a green and give you your distance to the yard without any GPS assistance.  Which helped me about as much as Kelly knowing that a PAT would still make it a 2 TD game for the Wildcats...


Word of the Week
Absterge (v.)

Used in a sentence:  By the back nine, Young Terry thought he had finally absterged his psyche from all things related to ND football.  Then came his yank into the pond of his 2nd shot on 18 and his playing partner's passing reference to Everett Golson… 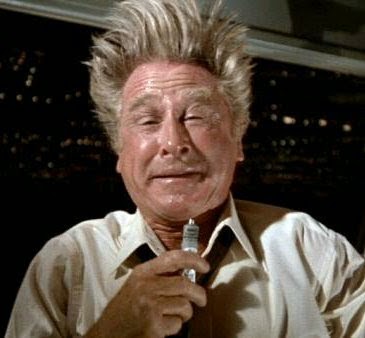 I Picked The Wrong Day…

So is it time to find a new hobby?  The ND football fan thing clearly only leads to continual pain, long-term suffering and  eventual madness.

Here are some suggestions for alternative Saturday afternoon time investments and the rockers who swear by them.   But!  They're not connected to the right aficionado!  See if you can match them correctly:

Wasn't that a fun, if brief, diversion from the Current Depression That Is ND Football?

(Answers at the bottom of the blog.)

Certainly no one on the team - okay, Folston possibly - but rather I salute you all, "Mr. Dedicated-Stayer-Lot-Tailgate-In-Wretched-Weather-To-Watch/Support-Even-More-Wretched-Team" Guys.

You are certainly cut from very special cloth.  A fabric both masochistic and mournful, akin to sackcloth and ashes.

Buddy would've appreciated your high sense of commitment, if not your significantly more limited common sense.

"If they can get you asking the wrong questions, they don't have to worry about answers…"
Thomas Pynchon

A strategy that coach Kelly may wish to consider adapting.

Going down at the hands of… Northwestern.  Ouch.

1.  Mississippi State.  Actually I would've love to see them beat 'Bama but in the spirit of 'let chaos reign…'

2.  Arizona State.  This one is almost painful - they surely weren't as good as we made them look.  But in the spirit of 'bummer for you guys after last week's win…' Ha. Ha. Ha.

3.  LSU.  Shut out.  By Arkansas.  Now this I can enjoy.  That's an Ann Arbor number calling on your cell phone right now, isn't it Les?  Please take the call. 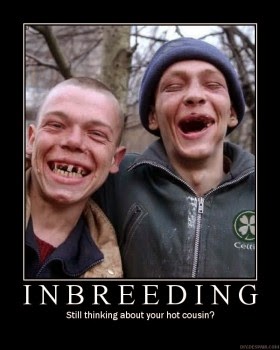 Another 19th Century selection for those who asked themselves last week (as I did), "Am I really seeing this?"

The Turn of The Screwdriver

On a rolling country estate -- the kind that always wins set designers their 5th Oscar -- things are getting spooky for the new governess.  In prolific author Henry James' novella, ghosts after the new hire's charges.  And she's determined to keep the littler buggers safe.

The thing is - and there's always a thing, isn't there? - nobody else seems to see these cunning apparitions.  And more than a century after publication, even literary scholars are still scratching their heads:  was the governess a loon?  Or was this really a haunted house?

A true classic holds up to different interpretations and we offer two ways into this week's cocktail:


For either variation, pour the ingredients over ice into a highball glass.  If drinking alone - of course you're not, you've got your special spectral pal with you! - you might want to consider a plastic glass just in case you get jumpy.  (Or you want to throw the glass at the TV after our 4th turn over…)


Final Thought
At this point in the season, none.  Only answers to the quiz: