Ni hao!  It's taken me a week to beat the Chinese Internet police - it's called VPN - sweet!  But here I am.  A shorter piece (relatively speaking) than most but wanted to capture some thoughts from The Middle Kingdom, before you settle in for the Northwestern game.

As in "where the hell is the stuff that goes on my french toast?"
Wow, was she impressed - she'd been calling it honey. And in a spirit of cross-cultural reciprocation, she taught me an equally valuable (and common expression):


Loosely translated, is, "That, dude, is one impressive loogie you just hocked!  You must've left half your brains on the pavement.  If spitting were an Olympic sport, you'd surely be on the team - making your family, country and President Xie most proud."


Yes, this is a country of incorrigible gobbers.  City or country, doesn't really matter.

And yet still preternaturally obsessed with face-saving etiquette.

Suffice to say there is much about this country that remains a total mystery, much like my questions surrounding our football team after its precipitous fall from football grace last weekend.

I have no opinion.  I ask you, in no particular order:


Word of the Week
Kakorrhaphiophobic (adj.)

Used in a sentence:  As Young Terry reflected on The Disaster in the Desert, he thought to himself that this was going to do nothing to relieve his kakorrhaphiophobic tendencies when it comes to ND football.

Again, I have no idea.  Although I do know one person is it isn't.

One of the WR's maybe?  Will Fuller? 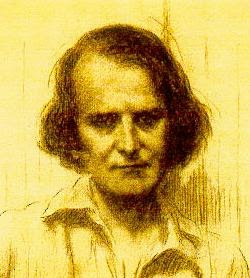 "Genius may have its limitations, but stupidity is not thus handicapped…"
Elbert Hubbard

Elbert's nephew, L. Ron (aka Mr. Scientology), was an author of pulp sci-fi stories.  His most famous begins, "The creation of Dianetics is a milestone of Man comparable to his discovery of fire and superior to his inventions of the wheel and the arch."

Oookay.  Whatever you say, L. Ron.

This could've been a relatively productive weekend, playoff-wise, if only we had gotten with the program:

Michigan State.  Cheering for Urban Meyer represents the height of a personal moral conflict but I suppose it's not bad seeing Sparty taken down a peg.  For that one friend of mine, MSU alum, who can never quite conceal his contempt for ND, this one's for you.

Auburn. The luckiest team in the country for two years running has their good fortune run out.  Good.

LSU.  Let me be the first to start the Les-Miles-to-Ann Arbor talk.   And I'd be more than comfortable with that.  He's a terrible coach in a ridiculously talent-laden region.

FSU.  Thanks for sharing this, Jerry (or whomever sent along the NYT article).

Q. At what point does a university get so embarrassed about their student athletes that they take some action, any action?  A.  When they stop making Big Money.

Which means 'don't hold your breath' about policy change in Tallahassee anytime soon.

Back by popular demand (updated since last week):

Any possible connection to my current geography is purely coincidental.

Heart of Darkness (1899)
by Joseph Conrad

What is it with white guys and their imperialistic, waterborne adventures?

Yet again, we encounter a Western classic that drops a 'civilized' man (Charles Marlow of England) into the middle of a foreign land - this time, the Congo wilds, which stand to be colonized.

Things get sticky in the retelling:  Heart of Darkness is as open to celebration as it is to question, with readers and critics wondering if it's a novel about prejudice… or just a  prejudiced novel (hey, the natives don't even get dialogue).

At any rate, such themes are beyond my intellectual bandwidth so we'll just stick to asking the questions, leaving the room while waiting to hear Lini's opinion.  Come back with a drink as dark and misty as the awkward silence when he begins talk of a regression analysis done involving Third World countries since WWII....
As rapidly as possible - the commercial break is almost over and the game will be back on - shake all the ingredients with ice and strain into a chilled cocktail glass and lament last week's profound disappointment - the horror, the horror!


There is a trend in the Chinese police force nowadays to use geese instead of dogs, due to their increased powers of vision.  Evidently.

When one talks geese, one can't help but think of that one unfortunate creature who happened upon a golf course when Ungie was playing.  Next stop for him was someone's Crispy duck recipe…

Mark can now make the Public Enemies list on two continents.
Posted by Crash801 at 10:09 PM