During the last week, in one single email, AJ Brunett, Esq. opined that when it came to the Navy football program,  I was both a 'hater' and one who would cave like a house of cards in front of an actual Cadet.

On both counts he is absolutely correct, as Alvin often is.  But I must remind everyone that I was once the foremost proponent of The Power of Positive Hating  - before I realized what happens when it is used for Evil rather than Good - so that insight of Al's isn't exactly revelatory.

As for the fear factor insight, I'm reminded of an exchange I had with Shea when she was probably no older than 3 and The Lion King was all the rage:

I was always impressed with her level of self-awareness at such an early age. No false bravado with that child.  And with the Playoff Selection Committee dynamic firmly in every team's frontal lobe, I would suggest that self-awareness - ND's strengths and weaknesses, the need for style points in winning etc. - is quite central to Kelly's make up these days.

Song of the Week
What great comes out of Minnesota, actually?  Many things great go in (see Ryan, Dennis) but it's typically not perceived as a hotbed of cultural greatness.  Okay, Dylan.  And Prince.  I'd also nominate The Replacements - one of those bands few actually know but are continually sited for their influence by more popular acts.  Life is funny that way.  But when your early oeuvre includes such works as "Tommy Gets His Tonsils Out", "Gary's Got A Boner" and "Bastards of Young", perhaps it's not so surprising.

But back in the day, they were a great band and the following song sums up perfectly what the Navy experience represents for me every year:


You climb into your rocket ship
And count from ten to one
There's no television coverage
For that loser on the run.
You hide yourself in darkness
But we're headed for the sun
Who's torture?


Word of the Week
Flarting (v.)

To mock, ridicule or insult.

Used in a sentence:  In a moment of near sublime, self-awareness, Young Terry realized he had a really bad habit of coming into his work mates' offices every Monday morning, flarting up a storm while discussing the weekend games, and then suddenly heading elsewhere - leaving others to deal with the fallout.

In a word, the freshmen / sophomore class.  Of all the frustration that playing our country's naval academy engendered, the one source of unexpected happiness… came from watching the potential exhibited by the newbies.  Tranquill. Morgan. Onawalu.   Some of their plays were breathtaking.  Those times when they were out of position were... not.

Known as Ginsberg's Theorem, this is the Beat Generation poet's parody on the laws of thermodynamics in terms of a person playing a game - as surely Messrs. Lindon, Ungashick, Gutschenritter, Gordon, Marcel, Sullivan, Brunett et al recognize.  I have no idea what it even means but it sure feels like a perfect summary of our relationship with Navy.

1.     Mississippi.  Two losses - back to back no less - and you gotta be out, right?  Wait, what? You're claiming the SEC dispensation that says each of our losses only counts half.  Oh.

2.     East Carolina. Can we please have a shout out for the Temple Owls, taking down the #23 ranked team in the country.  The way The Selection Committee seems to be looking at it, it's a more impressive win than anything in ND's portfolio.

3.  Georgia.  See #2 except that getting drubbed by Florida this year -  piloted by a coach on the endangered species list - is a bad, bad loss by anyone's calculation.   Good-bye.

1.  FSU.  Honestly, they could stay in the pole position every week but I want to call your attention in advance to Famous Jameis' Title IX hearing coming up mid-month.  On a national basis, these hearings almost always never end well for the defendant. What does anyone bet that these proceedings never come off until after the season when Winston is out of school and on his way to the NFL? 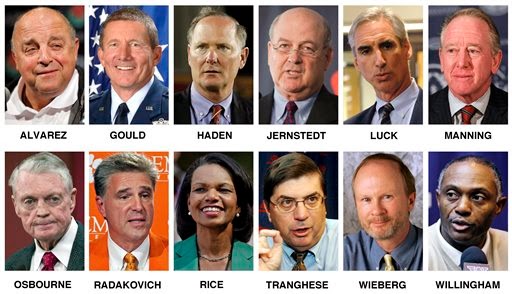 2.  CFB PlaySelection Committee.   It's not that I'm a conspiracy theorist although no way did Oswald act alone, it's just that after this week, I think the fix is in.  And who picked these guys anyway?  Did anyone bother to check out, you know, their allegiances?

An English Major Walks Into A Bar…
A Confederacy of Ounces

(A Confederacy of Dunces, 1980)
by John Kennedy Toole

Originally written on piles of paper, A Confederacy of Dunces found life only after its author lost his own; JK Toole committed suicide, his mother found those secret pages and she began hawking the thing around their home state of Louisiana, claiming it was the next great American novel.

Apparently she was right as it went on to win the Pulitizer Prize.  The thing is, I hated it.  It was… wait for it… torture…  to read as I found the protagonist so disagreeable, such a pompous loser, with no redeeming features.  Of course, this was before I worked at Senior Bar where I took those folks money happily… 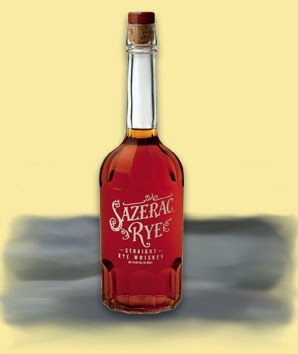 The book's New Orleans setting goes best with another local classic,  the Big Easy's own Sazerac.   Raise a glass to the tragically shortchanged Toole - and everything else he might've written


Pour the liqueur into a chilled rocks glass, swirl around till the sides are nice and coated - then toss anything that doesn't stick.  Add the remaining ingredients to a shaker with ice, shake well, and strain into the glass.  Guests?  Lemon twist garnish.  No guests?  Screw it - drink away and start finding your inner author… 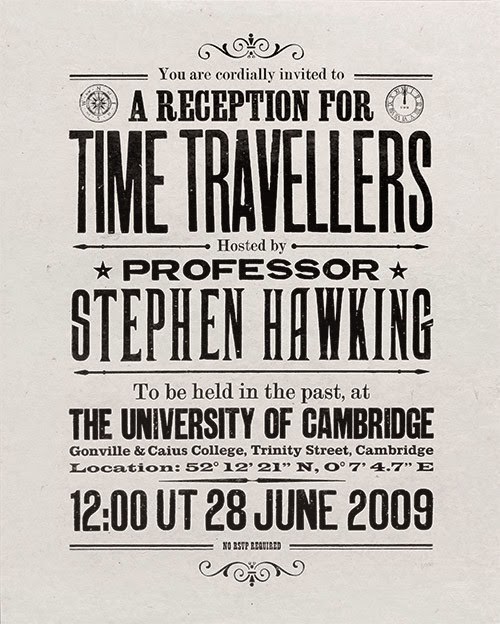 Did you know that back in '09, incorrigible raver Stephen Hawking threw a party for time travelers -  but didn't publicize it until 4 years later…

Process that for a minute.  Time travelers.  The group that must've attracted.  Would've made the '79 Engineering Smokers at Senior Bar seem like Animal House.

But Dr. Hawking's theory was that anyone who turned up must have read about the party in the future.  No one showed up.  Maybe they had better things to do, like game plan vs. Navy.