Week 6: Now It Gets Interesting

And it gives me hope, to see you there
The things I used to know, that one fine day...


Did you know that one of the traits of Type B personalities is that they'll take as much possible time as they're given to deliver whatever it is they're tasked with?  Not so much procrastination as the near pathological need to keep revising and revising... fine-tuning... amending... until they feel they've got it right.  Then before they hit 'send' they say 'can I see that one more time?'  At which point someone has to say, "No Jerrence, you can't."

So, with no football game this weekend I've taken my damn sweet time, letting thoughts
percolate, as it were.  And believe you me, it's a slow drip. 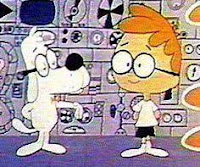 At any rate, all the down time sent me in The Wayback Machine... thinking about the myriad of teaching aids one used with your children, books mostly, but movies/videos as well. And of course, CD's for the musical education. 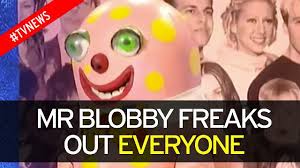 In England during the early-to-mid '90s, there was any number of oddities that appealed to our girls, and were seemingly embraced as 'kid-friendly', including-but-not limited-to such characters as Mr. Blobby and the Little Miss and Mister books, short digestible little parables - there were 30 or 40 of 'em, told in simple but bright, primary colors that would presumably leave both parent and child on the same page as far as proper behavior to be modeled. 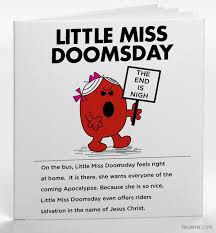 Except, some of the characters, even with their simple little line art personas, were kinda... assholes... and perhaps a little bit scary - which might ultimately require some focused re-programming of one's progeny.

The point is sometimes things turn out very differently that one suspects, even when you think you have all the relevant details.

So when over half of the wager pool thinks ND's team will only make to 8 wins, when the team is already at 5, does that suggest this year might be similarly different than most originally envisioned?

And are six data points even enough to make a sound judgment re ND Football 2017?  As a Packer fan, I found, to rather cruel effect, that football remains a sport where one's fortunes can turn on a single injury. 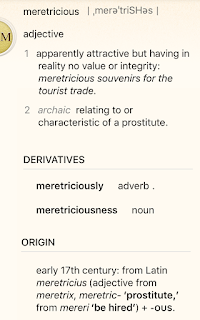 Used in a sentence:  When young Jerrence's considered the 2017 State of The Notre Dame Football Season at it's midway point, he pondered the meretricious nature of their present 5-1 start.

Sure, it was probably better than many (most?) had anticipated, discounting the tinfoil hat-wearing 12-0 loons that he knew were out there.

But with a seemingly daunting 2nd half schedule in front of them and a team full of kids who hadn't experienced sustained success at this level, what if they crashed and burned?

That early success would be deemed ephemeral, written off as yet another program disappointment as the metaphorical torches and pitchforks come out for the team's leadership. 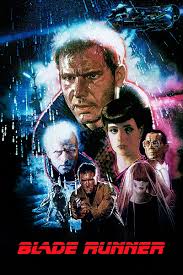 A noir detective tale filtered through the smoggy neon of a dystopian Los Angeles (editor's note: is there any other?), Blade Runner cast Harrison Ford as a retired cop who dons a badge again to hunt down a few delinquent bad boys.  Good luck finding them, however:  In the future, man has created "replicants" who look just like us.  (Today we call them millennials.)

Originally deemed too sleepy by audiences who like their sci-fi served fast, Blade has since cut a path as a sleeper hit - due in part to a handful of director's cut releases, the most recent which found Ridley Scott nixing most of Ford's narration and trusting today's audiences to fill in the gaps.

Shake up your own slow night with this one-and-only recipe you'll be cloning into the distant future.  Seconds, everyone?

Muddle the fruits in a shaker.  Add the remaining ingredients and ice to the shaker.  Shake vigorously - and then drink right out of the metal canister for a futuristic freeze. 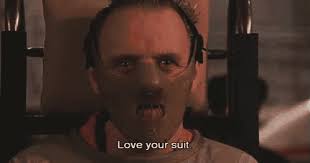 "If Hannibal Lecter ran a 4.3, we'd probably diagnose it as an eating disorder..."

The same can be said for college ball.  And with such vigilant watchdogs as the NCAA, one can only hope the FBI feels more of this stuff falls within their purview.

Still in flow and I'm low to the ground...

From the entire day - and halfway through the season.


1.  Ian Book wasn't too bad.  But if the passing game doesn't get better prepare yourself for going 3-3 the rest of the year.

2.  I'm beginning to wonder whether the passing routes are part of the problem.   Too basic?

3.  Six games in, my patience is running out with Alizé Mack.  Wasn't he supposed to be The Second Coming of Kellen Winslow?  Not so much.

4.   UNC was (is) really, really bad.  Shockingly inept.  I suppose one can attribute that to all the injuries they've sustained.  We know it's not because they're spending time hitting the books.


5.  I wondered whether this 6th game, early October, right before mid-terms, is just a time where the players are running on fumes mentally.  Back up QB aside, everything looked like a struggle for 'em.

6. Yikes, ND is legitimately 4 deep at RB.  And maybe 5.  Keep that mind next week, coach, as you might want to be mindful of keeping Darnold & Co. on the sidelines as much as possible.

8.  Still love this defense.  They aren't the most talented but the effort always seems to be there.  Never quits.  Still getting used to the idea that they actually seem to get better in 2nd half...

9.   So much for red zone offensive perfection.

10.  Nothing to do w our play but... does anyone else coming to the conclusion that, outside of Bama, no one's particularly exceptional this year?

For a game that was really kinda meh - the thought of calling out Dabo Sweeney for his incredibly classy post-game after his team pulled a USC and failed to show u- but I thought better of that.

Okay, that last bit is complete rubbish - and how much money can there be in apples anyway - but I wonder if he ever pulls
that at parties?  I would.

For, like, a half of the game.  Sweet.  Probably helps to be running behind a line where most of them will be playing on Sundays but still, impressive.

Team '5 Wins', take solace.  There's not a sure win on the schedule for the rest of the year.

As Notre Dame's fortunes pivot from a "Let's rebound from the nightmare that was 2016" head space through the "We're not a joke! We're not a joke!" mentality to now possibly the "Hey, why not us?  No one else is exactly tearing it up" consideration... it leaves us w two paths for this section's candidates:  1) those that benefit ND's rise to the Top 10 and 2) those that, well, we just really dislike.  And when those two converge...

1.  Michigan.   Between losing to Michigan State - at The Big House - and being taken to OT by Indiana this week, can we all agree this team is a mortal lock for Most Over-Ranked, Over-Hyped Team of 2017?  If next week's game against Penn State wasn't already 2017's first "Larry Corrigan Root For A Tie With Lots of Injuries", I'd say watch this for the debacle of UM getting spanked.

2. Clemson.  I suppose it's not their fault that they shrewdly picked a Saban disciple as their coach and then built the Taj Mahal of football complexes, but that doesn't mean I have to like it.  Their loss probably doesn't help ND all that much but it is gratifying to see other teams have trouble keeping their 18-20 year olds focused every week.  We might want to keep it in mind

4.  Florida State.  I can't leave them out even as they won - barely - vs. Duke this past week.  They've already lost 3 and still have Louisville and Clemson left.

This was a banner couple weeks for observing the gamut of bad behavior, in and outside of the parochial confines of football.

The stupid.
The evil.
The corrupt.
The morally bankrupt.

But enough about the NCAA... 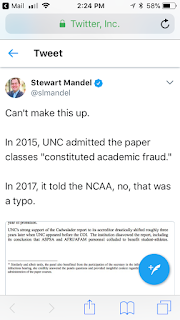 1.  NCAA.  Actually not enough.  I know I (still) take sports too seriously.  And I naively believe in meritocracies.  But for the love of God, UNC perpetrates the biggest academic fraud in modern sports history and they're hit with... nothing?  ND self-reports a handful of kids who had some essays written for them and we're vacating a season's worth of wins?   I just want to cry.


2. US Men's Soccer.  No country on the planet has the resources that we have.  We also might have the best young player in the world.  The sport has never been more popular than it is now.  And we can't even qualify for the World Cup -  losing to Trinidad & Tobago?! What, was Captain Jack Sparrow playing? 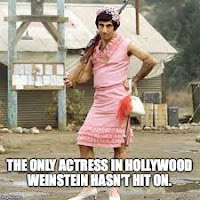 2) you need to read / watch more than just the WSJ and Fox News.

4.  Sucker Punch Carolina Panthers fan.   For starters, to stand in your seat for the whole freaking game - and consciously block the view of the guys behind you - is a total dick move to begin with.  Then to sucker punch, the 62 yr. old guy who called you out for doing so... whatever happened to respecting your elders?  And by the way, they were both Panther fans.

4.  John Farrell.  Honestly, I have no idea what you did wrong but to get fired from the Red Sox manager's gig, it must've been something colossally stupid. One of the premier MLB franchises set up to win for a long, long time.  (And they can't blame David Price on you.)  Especially since the GM said it had nothing to do with wins and losses.  Unless it did.


Given how often I single out her UM Wolverines when they lose, this could justifiably qualify as her definition of schadenfreude, family edition.

Regarding her last tip in the article, for you history buffs... there's a new Churchill biopic coming in November that Gary Oldman is already getting Oscar buzz for.  Now that my Sunday's are free, I'm gonna be all over that bad boy. 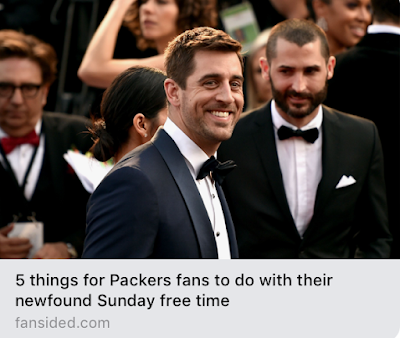