Time stands still for Roland till he evens up the score...


Consider the score evened, Trojans. For at least one year.

So I can't think about ND-USC football without also being reminded of our Senior Class Trip to Los Angeles, where we played them for our final time as students.  And as painful as that particular game's outcome was - Paul McDonald so clearly fumbled, dammit! - there's also memories of Trader Vic's and ordering pina coladas.  None of our hair was perfect.

That was a wonderful trip.   Even as I met every morning with the Director of Student Affairs to take inventory of the mayhem created the night before.  Bad behavior by unknown class miscreants, 95% of whom I was either rooming with. Or would, at some point in my life.  Life is funny like that.

But the pleasure of those hijinks almost - almost! - paled in comparison to the talking-in-tongues near euphoria of Saturday night's game.  With the increasing possibility entering ND Nation's collective consciousness that, in fact, ND might actually be really, really good. 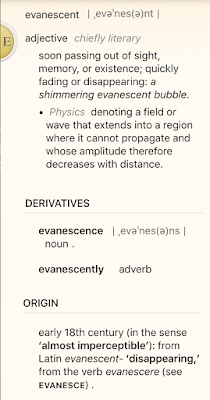 Used in a sentence:  As young Jerrence left Notre Dame stadium that evening, the night air redolent with accomplishment and the Yuengling he'd just spilled on his pullover (and, he would later find out, some of the mustard from his hot dog as well), he pondered the evanescent bravado of the 2017 USC football program.

Sure, SC played one of the most entertaining games of last year's bowl season, against a Penn State team who's proving they are the real deal.  And they had their usual stud QB - who'll ultimately progress to NFL mediocrity but god-like while still technically a student now.

But with a seeming team-wide propensity for FIGJAM-like character and a raft of injuries to key players, by the third week of October, last year's promise looked like, well, last year.

It's a "what have you done for me lately" sport, boys.

And if Saturday night is any indication, young Jerrence thought the Trojans to be running on empty.

Doesn't playing USC always feel like Good vs. Evil?  The Jedi Masters vs. The Dark Side?

Well not this year, Sith Nation!

In this second installment of this touchstone series, "World's Worst Dad" Darth Vader chases unsuspecting son Luke Skywalker across an entire galaxy - and not to hug it out; their light saber-swinging showdown is one of the fiercest fights ever filmed. 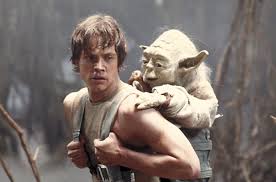 Though now considered so culturally significant as to feel inevitable, Empire was initially struck by struggles: miserable weather on location in Norway (hello, Hoth!), challenges in designing the then state-of-the-art extra special effects, and a director who'd never before handled a big-time budget.  (It all worked out, though, to the tune of half a billion bucks.)

Tip your helmet to a dark-vs.-light libation that's hiding its own sweet secrets.
Combine the root beer and vanilla in a mug and stir.  Add the Jack Daniels and ice cream.  May the heavy pour be with you.

Yes, Kevin, yes you did.  Yet, unlike those unfortunate young marine mammals, no one feels the least bit conflicted about this.  And it may not be your last bludgeoning.

Although these changes have come...


1.  I'd say we now have a pretty clear offensive identity.  Give the ball to Josh and get the hell out of the way.

2.  As my friend, the philosopher Al Brunett, use to say, "Where's Jerry Tillery and what have you done with him?"  Because someone - or something - else is inhabiting that body.

3.  Alizé Mack.  Another game, another drop.  And I've got my eye on you too, Equanimeous.  You haven't exactly been Fred Belitnikoff either.

4.  Because here's the thing, Wimbush is getting better.  But he's gonna need you to put a little more effort into catching the damn ball.

5.   Here's the other thing - and not to be a total buzzkill but... I don't think USC is very good.  At all.  Granted, they were pretty banged up - some key players hurt - but not 35 pts. worth of depletion.

And does that make the beat down any less joyous?  I think not.

6.  Thats said, if Clapton is God, Elko is God-er.  ND's defense just comes to play every week.  It's like they know where they're supposed to go - almost every time!  Impressive.

7. How about we also give it up for our punter, Tyler Newsome.   The guy is pretty much the picture of consistency. And his inside-the-red zone punts are magical.


8.   Because I am that big of a butthead, my favorite play of the night was after going up 42-14, we throw the flea flicker. How many times have we seen ND take their foot off the gas and give a team a couple cheap scores, only to have the national perception be that the game was closer than it was?  Screw that.  No more Mr. Nice Guys!


9.  Before the game, Jack Jones, USC's CB/PR, called himself 'the best DB in the country...' Excuse me?  You may not even be the best DB on your team.

10.   The day - and the night - couldn't have been more perfect for a recruiting weekend.  Or just hangin' with friends.

11.  Kinda wish everyone wasn't jumping on the ND bandwagon quite yet.  One more week, please.

Clearly, there was more than just one candidate this week to be The Buddy.


And then there's Greer Martini - blessed with arguably one of the great names in sport - a fine lad who just might want to get familiar with another moniker, Wally Pipps.

As in, "dude, you just got freakin' Wally Pipp'ed - 'cause we can't possibly be taking Te'von Coney out of the line up the way he's playing..."


And in this particular case, the numbers don't lie.  11 tackles, 1 sack, 2 tackle-for-loss, 1 forced fumble, 1 fumble recovery, 1 QB hurry - he even made a Jimmy Johns delivery at half time - and one of those set-the-tone lay you out hits on a USC kickoff return.

At least if I was coach that would happen.

And Teams 8-10 are probably feeling a little more bullish on their chances...

The problem with Notre Dame getting their newfound respectability and maybe possibly a shot at playing in something meaningful after Christmas is...

...it really complicates the schadenfreude calculus.  Taking joy at other team's soul-sucking, spit-the-bit collapses is no longer so simple.  Take an ND fan's required attitude toward Georgia, for example.  We must cheer for their success in order to make our loss look better.  Ugh.

1.  Michigan.   Getting excited about Michigan losing is never complex, however.  And when they get rolled, even by Pennsyl-tucky State, it's bliss.  Edward G. Robinson - God Rest His Soul - would surely look at all the Wal-Mart Wolverines, point to smarmy coach Jim and ask, "where's your messiah now?" 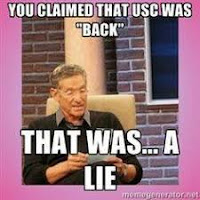 2. USC.   Want to really embrace the schadenfreude concept?  Read some of the SC articles and message boards, like this and this.

The wonderfully ironic thing, if we're being honest here, is you probably read the same delicious mix of vitriol and self-loathing on ND boards last year.

4.  Florida State.  FSU loses and The One They Call Jimbo gets in a row with a fan?!  It just keeps getting better and better. For the record they are now 2-4 with Clemson and Florida still on their schedule.  Fun fact: last time their record was this poor was 2009, prophetically Bobby Bowden's last year.


1.  LJ Scott / Mark Dantonio.   Starting RB for the MSU Spartans, arrested for the 7th time ("but coach, never convicted...") - IN THE LAST 1 1/2 YEARS!  This time for driving on a suspended license.  Was there any question he'd still play? Not really.


Dantonio's reaction - "In what's been a lengthy process, LJ now has a valid license and has resolved the matter completely, having paid a price both financially, publicly and spiritually...."

Okay, I made the 'spiritual' part up.  What you don't see is him saying he paid any price athletically.  Of course not. (For the record, LJ had 87 yards on 22 carries.) 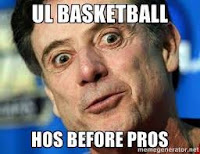 2. Rick Pitino   Hall of Fame Tool! Check that, ghoulish HoF tool.  And HoF sleazebag. HoF liar.  Who maintains not only his full innocence but that of Bruce Bowen, the 5-star HS kid who the FBI thinks his family took $100k to go the Louisville.  Coach Rick said, "I believe he chose UL because I know he loves the school..."

So... you don't think the hookers and the cash had anything to do with it?

3.  Jim Wolf .    I'm sorry but I have to call out the home plate umpire who got a 'no foul tip' call right in the penultimate Cubs - Dodgers NLCS game - then got TALKED OUT OF IT BY THE 3RD BASE UMP!  God lord, where's the courage of your convictions?

The funniest part was them showing the replay on the Wrigley Jumbotron, fans screaming for him to look and he steadfastly refused... "nah nah nah nah I can't hear you!"  Funny because it ultimately had no impact on the game.  But still, if you're umping a playoff game, aren't you supposed to be one of the better guys at your craft?

4.  Dallas Seavey.  Who?  By all accounts the first known cheater ever in the 1000 mile Alaskan Iditarod race.  And a 4-time winner to boot!

Mr. Seavey had four dogs test positive for a banned pain reliever after the March race, curiously with his name only being released now.

Buddy loved a good White Russian as much as the next man but... opioids?  That's low.

5.  Doug Flutie Haters.  My annual plea:  Give. It. A. Rest.  Is he very good as a football analyst?  Not really.  Is he hired to strike a reasonable balance between ND and opponent in his commentary?  Absolutely.  What about that don't you grasp? Your on-line rants about him are just sooo boring.

(I will say this - I thought Brock Huard was fantastic two weeks ago, doing the UNC game.)