Week 2: Regression To The Mean


Jean-Paul Sartre, having clearly spent time in advertising client services, once observed, "Hell is other people," but yet Streisand sang, "People who need people are the luckiest people in the world..."

Well, there's a quandry for ya.  Two noted philosophers debating the very nature of Mankind itself.  Who's right?

Especially when those 'other people' are an ND team that treats a game like it's a scrimmage and has its fanbase immediately re-thinking all the positive thoughts it had from the week before.

I thought we were past this.

As Sgt. Hulka once said so eloquently, "I'm getting too old for this shit."

Editor's note:  Eschew is a word only to be used in print.  To say it aloud, even when pronounced correctly (which took me about a decade), only makes one sound like a high street dandy, a poser, an Ivy League douche.


Used in a sentence:  As young Jerrence watched the latter stages of the Ball State game progress, with little improvement by the offense and the gradual wearing down of the D, he thought of his older, wiser brother's long time policy of eschewing live game viewing (i.e., defering the decision until the outcome is known) to be shrewdly prescient.

Now if someone could only help that same sibling harness his powerful intellect to program his DVR. 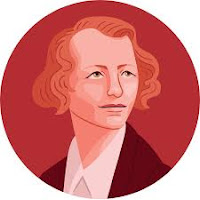 "It's not true that Life is one damn thing after another.

It's one damn thing over and over."

What a difference a week makes.

My Studebaker keeps on breaking down again...


Well, ND's offense isn't exactly a Porsche, now is it? An unreliable Studebaker seems about right.

1.  Last week's Ball State debacle was a clear referendum on:

Something's happening here
What it is ain't exactly clear


2.  Essay question #1:  With Brandon Wimbush, one must accept the good with the bad.  Agree or disagree.  Cite examples and footnote sources.


3.  When Jonathan Doerer kicks it out of bounds, knowing the field is 53 yard wide, you want to:

a)  Drink - sure it's only 2:45pm but it is Saturday and there's 55 minutes of game time left. How else will I survive?
b)  Fire up the sensory deprivation tank, I need to quickly wash these thoughts from my head.
c)  Celebrate - you had him in the pool doing this in the 1st Quarter, you win!
d)  Slap on your Bose noise reduction headphones to groove to your favorite fugue. 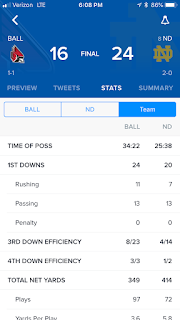 4.  Essay #2:  Your defense plays solidly but is ultimately abandoned by their offense-side counterparts, ultimately leading to a ~ 10 minute time-of-possession disadvantage.

What is your Sunday morning recommendation to rectify this situation. Legal recourse (e.g., suing for non-support) is not an option. Cite examples of successful outcomes.

a)  You jump a flight to Vegas and bet the farm.  (Hello, debtor's prison.)
b)  You start scouring the medicine cabinet for Xanax, a panic attack can't be far away.
c)   Call your bookie and take Middle Bumfuck State with the points - you've seen this movie before.
d)  Take a hard pass. Bingo with the blue hairs is your game.

6.  Rate Wimbush's QB shortcomings in order of importance to correct:

7.  Essay #3:  Compare and contrast at-home drinking strategies as it relates to:
*  Day vs. Night games
*  The change in Daylight Savings Time
*  Wine vs. Beer
*  Light vs. Dark spirits
*  If one of your guests was a Dillonite

As proof points, cite examples of the aforementioned strategies' impact on the outcome of prior ND games.

8.  If one likened last Saturday's game to an acclaimed film, it would most resemble:

I omitted this section last week.  Bummer for Brandon Wimbush, who would've been the hands down winner - I still believe he's the overwhelming reason we beat Michigan.

No such luck this week.

In fact, it's tough to really identify anyone who 'came to play.'  But if anyone should be recognized, one would think it's gotta come from the defense - a unit that, after a couple series, awoke from it's post-UM lethargy to play pretty well. 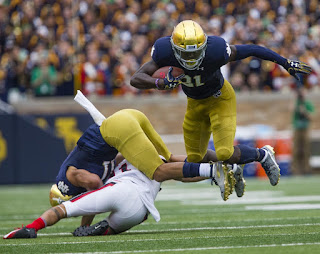 At least until the offense apparently decided to conduct their own stamina test on the D by keeping them on the field for what felt like most of the 2nd half (and all of the 4th quarter).

For that reason, let's call out Jalen Elliott, he of the 2 INT's that, at least, got the defense a couple additional, short breathers.  (And BTW, were the first INT's by a safety in the last 14 games. So there's that.)

Not that the offense did anything with it.

1.   USC.   Admittedly, USC vs. Stanford is the game where one roots for the occasional rogue meteor, right? Boom!  (And given the desultory crowds that SU draws, not that many people would even be affected.)  And given that the Trojans start a kid at QB that a) should still be in high school and b) probably throws a pass better right now than anyone ND has, one must revel in their losing any chance one gets.

2.   Michigan State.  Why this team was ranked that high to begin with, is a bit of a mystery.  This won't be the last time they show up on this list.  But if my antipathy for Mark "I'm Really Quite Clever" D'Antonio, it got reinforced by the athletic program's totally skating on their sexual abuse scandal.
Fun fact:  East Lansing is only 39 miles from the Michigan state prison, reminiscent of a circa 1980's joke:  why is the state prison in Green Bay?

So the Packers can walk to work.


3.  Texas A&M.  Because every so often, I feel the need to remind the audience that I'm fundamentally a small-minded, petty person who can hold a grudge for a really long time.  I'm looking at you, Mike Elko.

Every week can't be a cornucopia of tools.

Sometimes the harvest is a bit fallow.

Or maybe I just didn't try hard enough.  But I will re-introduce two more genus of species:

a) the talented, entitled tool

b) the stupid, 'how are you even still alive' tool

1.   Serena.    I am no doubt on the wrong side of public opinion on this - everyone loves her - but when you throw a tantrum (granted one that John McEnroe wouldn't have even recognized as anything other than business as usual)... that ultimately causes the 20 yr. old first-time US Open winner to become an afterthought, one wishes to express this thought:  it's not always about you, Serena. 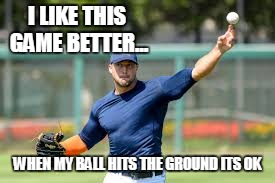 2.  Tim Tebow.   Tim calls Michigan's effort against ND 'pathetic.'  You're entitled to your opinion, Tim, and you may even be correct.

But Michigan is Notre Dame's Evil Twin, not Florida's - so butt out!

Here's a thought: why don't you put your energies toward getting yourself out of AA baseball, for reasons other than being a populist carnival sideshow?

Saturday was, to quote the renowned Renaissance philosopher Brunetti, not good.

Much frustration to be had.
And anger.
And fear.

And certainly a wide variety of opinions on how to resolve a situation that was once calm, but now volatile.

What one needs is a film-based cocktail to match such a mood...

Picture a Brooklyn block right before The Dawn of The Hipster... and you've got the setting for the damning (and damn smart) Do The Right Thing.  Spanning a single, otherwise ordinary day - if not for the stifling heat - Lee's film casts a kaleidoscope of multi-generational talents as Bed-Stuy residents whose local pizzeria is at the center of boiling-over community commotion.

Who else but a prodigy filmmaker could have pulled off this funny, furious film about race relations that ends on such a decidedly gray note?

Grab a lawn chair, find some shade and cool down your own hot heads with a rye-whiskey refresher that stars corner-store staples.

Get your boom box out of storage and your mix tapes out of the closet.  Now, pour the tea into a mason jar and add the whiskey.  Add the Perrier to fill and stir with the Popsicle to chill and flavor.

In a previous blog, the body count underneath Scotchlandia property was inaccurately described as one horse, two cats and a dog.  The actual numbers are two horses, three cats (including one who passed over the winter and might still be in the garage freezer) and Buddy The Wonder Dog Who Watches Over And Protects.  This blog regrets the mistake and apologizes for the error.