Anxiety, why do you always get the best of me?
I'm wide awake and I'm in pain... 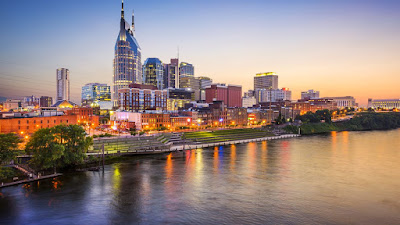 *  Corrigans make annual pilgrimage to see Isbell last Friday night, where he plays much of his most recent album/cd, The Nashville Sound.

What exactly that message was?  Unclear.  But one had to assume something weird was likely.  Before investigating, an anecdote, courtesy of the aforementioned Mr. Isbell:

It is rock 'n roll legend of Van Halen's contractual insistence on the removal of brown M&M's from the craft services table for all of their concerts.  WTF?  Widely perceived as the epitome of celebrity hubris - asking for something stupid just because they can - the demand actually belied a significantly more savvy motivation:  determining one's venue partners' attention to detail matters when dealing with lengthy, detailed contracts.

(Editor's note:  we're pretty sure that insight did not come from the brain of David Lee Roth.) 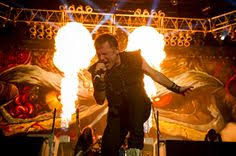 The logic was this:  if the band saw brown M&M's in the off-stage candy bowls, they knew the venue organizers hadn't thoroughly read the contract.  And for a band whose performances involved serious - and potentially dangerous - light shows and pyrotechnics, it raised the question, what other corners had the organizers cut in their show preparation protocols?

The moral of the story might be, relative to ND football, two-fold:

a) Things that look stupid from a distance aren't always

b) Attention to detail actually matters.

Think about those concepts as you watch ND this year... (I'm looking at you, Chip Long.) 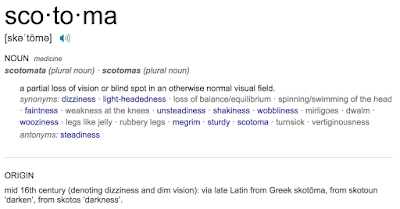 Used in a sentence:  As young Jerrence watched Brandon Wimbush repeatedly throw deep into double - and often triple - coverage, he wondered whether the QB suffered from an as yet undetected malady, safety scotoma...

...the tragic (and typically professionally fatal) disease of being utterly blind to the presence of defensive safeties while attempting passes beyond 20 yards. 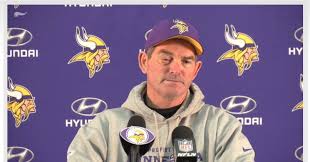 ...when asked why he cut his kicker (and recent 5th round draft choice) - after he'd missed three makable FG's, including a potential game winner in OT from a distance barely farther than a PAT.  Oops.

While not normally a fan of anything Vikings-related, one must give it up but for coaches who actually a) answer the question they're asked and b) tell the truth.

What a difference a week makes.  They promised us that things would be different... better... this week.  Better effort.  Greater focus.  Smarter strategies.  I guess two of three ain't bad.

.
There's an answer here if I look hard enough
There's a reason why I always reach for the harder stuff...

1.  Who is Chip Long's inspiration for his Red Zone play calling:


2.  Is there a reason we never throw to the middle of the field?  Asking for a friend.


3.  Jambalaya - Louisianan (Cajun?) for God-like.  Thank you, Bonnie, Peter (and the Brady Bunch) for the highlight of the tailgate.

4.  Our defense is pretty good. But they're not yet great. Certainly not great enough to overcome the hole they'll put in when opposing DB's start holding onto to those ducks we thrown into double coverage.

5.   Sully is correct:  Julian Love gets all the (media) press; Troy Pride Jr. is better.

6.  I really like the wheel route. If the RB can catch, it's virtually unstoppable.

7.  Given his wife's history w cancer, Kelly should really consider a hat instead of a visor.  He's Irish, fair of complexion... that's just reckless.

This week's selection process is notable for both it's breadth and depth of nominees, related to both on and off the field accomplishments:

* Could one pick - again - Tyler Newsome - he of the "all business upfront, party in the back" mullet?  He kicked the snot out the ball and literally flipped the field more than once, none more important than that final one, late in the 4th quarter.

*  Or Tony Jones, the RB no one ever seems to get too excited about but showed that rushing skills involve more than just speed.  And how about his receiving abilities (did I mention how much I LOVE the wheel route?)...


* But how about the pre-game Stayer Crew stars, who manned the fort, as it were...

- smaller in number, quality over quantity

- unexpectedly über-pleasant, you could actually have extended conversations with people.

* Then there's Lisa "Madame Defarge" Minnella.   Showing all those sitting around her the Zen of Stress Management during tight 4th quarters.

And the winner is...  Mr. Jones - help me believe in anything.

Not that anyone should feel especially confident about their picks right now.  Honestly, who knows where the hell this team is going to end up...


Mama says God won't give you too much to bear.
That might be true in Arkansas
But I'm a long, long way from there.


Speaking on behalf of all ND fans: preach, Jason, preach.

1.   USC.  File this under "however disappointed you were over the last two weeks' performances, know that it could be so much worse."

Isn't that right, Men of Troy? 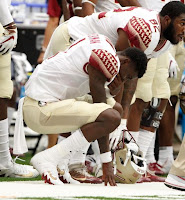 3.  Wisconsin.   Truth be told, I very much admire the Badgers' program even as I wish I had a time machine to go back and hold onto Barry Alvarez.   But at least for this week, I need all the 'schaden' I can freude... so having a top 10 team go down makes me feel just a little bit better.

This week's recipients feature the Loud Mouth Tool, a species earmarked by their rare lack of any self-awareness as they prove the adage, "tis better to stay silent and be thought a fool than to open one's mouth and remove all doubt."

Something they have in common with narcissists and sociopaths, I believe.

Makes one pine for the good old fashioned Selfish Tool. 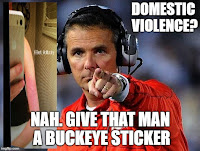 1. Urban Meyer.    As of this week, he gets to crawl out from under his rock.  And the first thing he declares is that hey everybody domestic abuse is bad!

Even with that blinding glimpse of the obvious came the inevitable disclaimer that he's not sure what he could've done differently, the police didn't tell him (um, what about what your wife told you?), he didn't lie, blah blah blah...

He vexes me greatly.

2.  Jalen Ramsey.  Every year in the pro ranks there's always one guy who just can't shut up. Usually it's a prima donna WR or in this case, their defense-side twin, the CB.

Enter Ramsey, showing off that Florida St. class by offering his opinion - whether you asked for it or not - on basically every star out there.

Here's the Cliff notes summary:  he's awesome, everyone else is... meh.

Hey Jalen, no one cares. 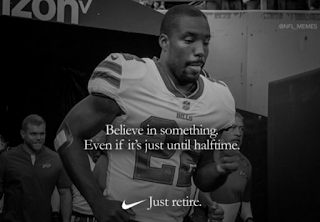 3.  Vontae Davis.  Retiring at halftime, in a game where you were a starting CB.

4.  Jack Morris.  Iron Man pitcher from a different, tougher era or just your basic Hall of Fame Douche?  One supposes they're not mutually exclusive but yet another anecdote surfaced this week that sticks a decided vote in the latter column.  The abbreviated version if one doesn't wish to read the link:

As the final weekends of Summer come to a close and school starts kicking in, why not call out a movie / cocktail that celebrates both the sad (unrequited love) and the absurd (high school) as the new term begins...

Not unlike last Saturday's unfulfilled yearning for a comfortable win, if an actual blowout was out of the question.

Though he'd scored critical cheers with his first film Bottle Rocket, it wasn't until Rushmore that Wes Anderson gained attention of the relative masses - at least in indie-film terms.  With Harold and Maude-like themes of an over-scheduled prep school sophomore (Jason Schwartzman), whose adoration of a young widow (Olivia Williams) puts him at odds with a love-struck millionaire (Bill Murray's comeback role), Rushmore was shot on a shoestring budget with style to spare.

Get schooled with this precocious take on a kid-worthy chocolate milk classic.

Combine all of the ingredients (except for the marshmallows) in a shaker and dry shake.  Pour over ice in a highball glass and top with the marshmallows.  This one ought to score some extra credit.

Giving new meaning to the nickname, The Show Me State... the AP News article read "small town in Missouri is stirring controversy after announcing the title of its new local newspaper..."

The newspaper's first edition has yet to, um, roll but management has assured the name ain't changing.