Forget those movies that you saw
It's in the luck of the draw
The natural law... 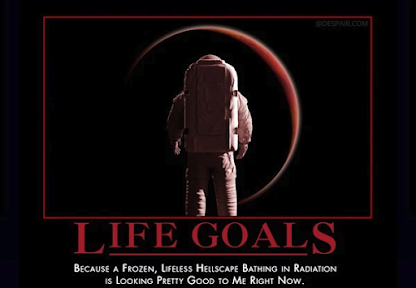 So, since I've been away - editorially speaking - I've had my mother come visit...
Now, I've never had an ex-con as a house guest.  Yet.  That I know of.  But I'd imagine when they get out of the Big House and come visit you... and inevitably ask, 'hey, do you have anything to drink', one is probably filled with more than a little trepidation (isn't this breaking your parole?) but you still get them the drink because, well, they're an ex-con.  And they've have certain life experiences you'd rather not see them draw upon. 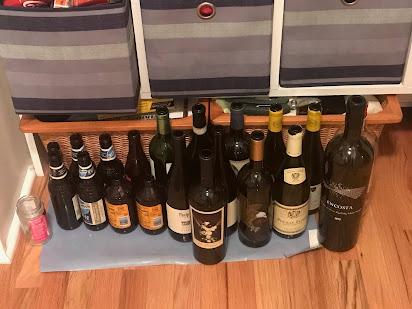 And when they ultimately find where the wine cellar or the liquor cabinet is, that's pretty much game over. You are no longer in control of the situation.  So you find yourself saying, "Fuck it. Let's party." 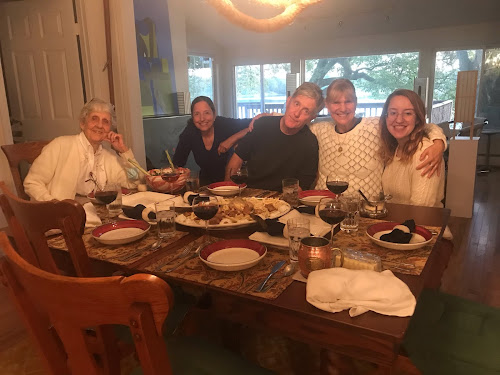 Or in this case, 'can I top off your glass, mom?' since for the last six months, Kay Corrigan has likened her Independent Living facility to prison and this visit represents The Big 10 Day Sailors On Shore Leave.   Drinking like a sorority sister during Rush Week and eating like an infant - every four hours - it occurred to me that mom has become the very embodiment of COVID survival:  stay inside, practice good personal hygiene but otherwise I'm living la vita loco.
I'm sure there's a Notre Dame football parallel there somewhere - involving use of common sense while still trying to live a relatively normal life and have some fun -  but I'll leave it to you to make that connection.  You can figure it out. You're smart.  Well, most of you are.
Word of the Week. 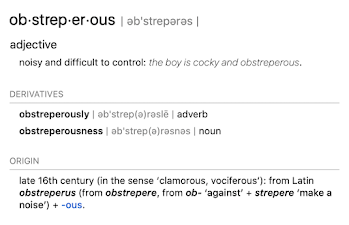 Used in a paragraph:  Young Jerrence watched the old man become almost over-the-top  obstreperous, a veritable cartoon caricature of an elder statesman - verbally attacking while seemingly making zero sense, and creating an extraordinarily uncomfortable scene.  Yikes.
The man, famous by almost every possible measure, Jerrence's first thought was "this is embarrassing - he must know he's on national TV..."
Jerrence's second thought being that if Aaron Rodgers had a tantrum like Tom Brady did in the Bears game, it'd be the national f***ing narrative for the next month.

Quotes of the Week. 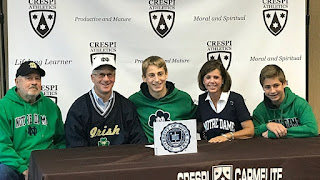 Matt Salerno, walk-on
...when asked by Brian Kelly if he felt nervous about being named the punt returner for the USF game.
Gotta love walk-ons. 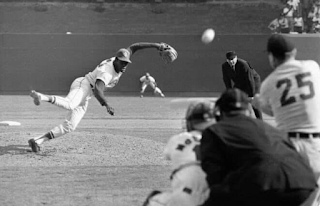 "The only thing you know about pitching is that it's hard to hit.."

Bob Gibson, to Tim McCarver (his catcher) upon the latter walking to the mound for a  pitcher-catcher consult
Fair to say, they don't make ball players - in any sport - much like him anymore. RIP.

I got no friends 'cause they read the papers
They can't be seen with me - and I'm getting real shot down
And I'm feeling mean.

The good news, bad news about proffering thoughts about a game three weeks ago is that a) no one remembers and b) no one cares.  Your call as to which of those is the good/bad.  That said, some thoughts to refresh your memory in advance of tonight's game.

As preface, the afternoon we played USF last time was one of the most surreal days I've ever experienced on campus - and that's saying something.  We had 98 yd. fumble returns, Wrath of God interruptions, Tommy Rees heroics (almost) - all the while Lisa Minnella channeled her inner Madame Dufarge, knitting the whole time, stopping only periodically to mutter a thoroughly patronizing, "that's nice, honey..." to anything the boys would be commenting on.  Surely, Sully looks back on that day and thinks, 'where the hell was the Club Class then?'

The way 2020 was turning out, God knows what would happen this time.  And yet... it ended up being a return to The Good Old Days - stress free football!

Enjoy it while it lasts. 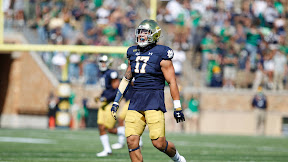 1)  Depth in The Age of COVID.  Eight guys held out (and as we know, more affected later) and yet, for this game, no problem.  But talk about a story to continually monitor... surely not the last time COVID / quarantine / contact tracing will be a factor.  But damn, pretty encouraging - even the German kid looked impactful.

And Jordan Botehlo.  Eek.  Mildly terrifying, oui?  One can only imagine if you're an incoming freshman and you drew him as a roommate.

3)  Tommy Tremble.  When did he become Rambo? I thought he came to school with a 'he's more WR than TE' rep. 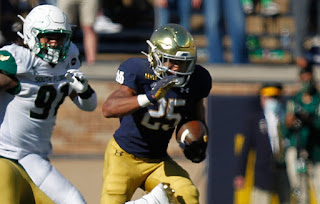 5) Charlie Weis, Jr.   It appears the douche-y "I'm the smartest guy in the room" family gene did not get passed on.  Huzzah!

And not to be judge-y but nice to see that he grew into the same weight he was when he was twelve.  I sincerely hope he does well.

7)  Brian Kelly.  If you're not a fan of him - by the way he's leading the team this year - I give up.  The year is, obviously, still early but he's using the free year of eligibility well, clearly has his best coaching staff  and his level of transparency in managing COVID - a phenomenon no one in his position could possibly prepare for - is levels higher than any other coach in the country.  Bravo, coach.

There's not a Notre Dame alum - certainly not one that reads this blog - that didn't have more than a few surreal, "did that really just happen" moments while at school.  Honestly, between Ungie / 801 / Dillon / Sorin basement / Senior Bar, Netflix could've had reality show content for years.  Senior Men's Night was pure dark web material.
So thank God there were no cell phone cameras - McGuire and Maher have far too much photo-documentation as it is.  And if there was social media back then?  So many promising careers... poof.
But I digress. With the patina of 40 years of nostalgia, those characters all appear more mythical than real. 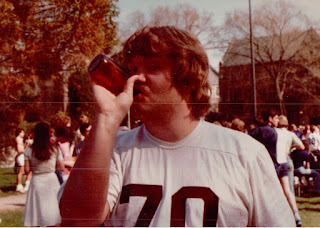 The problem is that those characters were (are) real - more victims of arrested development at the time - and some times really bad things happen to really good people.
The Grace Hall / St. Louis Blvd. clowns were fortunate enough to cross paths with Randy Riddle (fellow Iowan!) and because it was relatively late in our college careers, we lived (and graduated) to tell the tales.

Sadly, Randy's really sick - neuro-endocrine cancer - and the prognosis is, candidly, past the "it's bleak" point.  And he'd like folks to know about it.  So here's the deal: 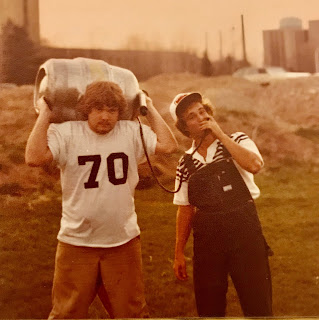 *  If you know him, reach out to him and let him know you're thinking of him - in fact, I'm curious to know, Randy, if you ever paid Ungie back for obliterating his coffee table senior year (we've fall stumbled while inebriated, few have ever executed The Triple Lindy like you did that night).
*  Email:  riddlerandy@me.com
*  Cell: (510) 365-1843
*  If you know others who know him, please pass this along
*  And, if you don't know him (your loss), please say a prayer for him and his wife

Randy, we'll be in touch.  Hang in there, buddy.

Our Man Riddle, that's who. 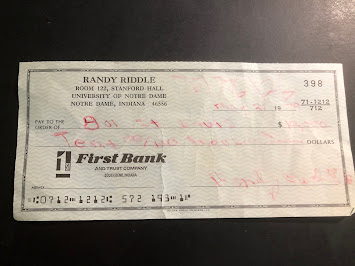 For others who may have had tough news, medically this week...

The Athletic / Pete Sampson* Question of the Week.

I didn’t think the argument of rest vs. rust would be discussed in late September or early October, but here we are.

Naturally, this feels like Notre Dame is going to come out flat on Oct. 10 right?

The term “flat” feels a bit harsh, and I think you have to account for the quality of the opponent (woof) in Florida State. Notre Dame could play a C- game and still win by a couple of touchdowns. On top of that, what’s Florida State’s motivation after getting drilled at Miami and presumably proving very little against Jacksonville State this weekend? I don’t know. If this was Clemson or even Pittsburgh, I think the double bye week would be a mark against Notre Dame in the rust department. But Florida State feels like an opponent where we might not notice that rust, even if it’s still there.

* I might as well finally brand this section correctly.

Okay, the USF game provided another variation on the potential scenarios affecting ND's win total this year.  Initially, we had this:
1)  Business As Usual.  No disruption.
2) Truncated Season.  ND / their opponents / the ACC have to cancel games.  Most of us in the Corrigan family thought when our brother Mike chose '3 wins' he was simply reverting to the Eddie Haskel business model of his youth - "so I could be close to our mother." (Oh give me a break...)
Turns out he might actually have his finger on the pulse of this season.
But what we saw USF week was something slightly different:
3) Decimated Roster.  The games still get played but with a severely limited depth chart.  This week it didn't matter - USF being truly awful - but what if in a couple months and it's Clemson, or Louisville, UNC... and it's the D-line that's suddenly "unavailable?"  Eek.

Tools of the Week. 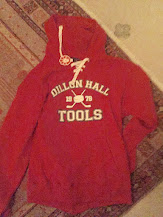 Forgive me if I'm repeating myself - I do that these days - but the tricky thing about the pandemic - it would seem - is more athletes are exhibiting better (if not entirely good) behavior in perhaps an almost noble (if self-serving) attempt to save their respective seasons.
Hence, the incidence of poor decisions and outright stupidity has dropped dramatically. Oh the humanity.
But thankfully, not entirely.  And unfortunately recognition this week comes with an awkward Notre Dame flavor to it... 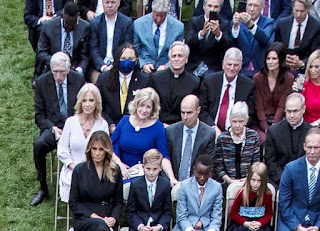 1) Father Jenkins.  Hope you're recovering well and the COVID symptoms weren't too rough.  That said, not a good look for the university. Do as I say, not as in do? Apparently, the student body is not having any of it.
At least our Law School Dean got the memo...
2) Jarron Jones.  Perhaps we are all too quick to rush to judgement (hypocrite thy name is Jerrence) but this one doesn't bode well - accused last weekend of strangling his girlfriend and hitting her over the head with an Xbox console.  Ouch.  I would love to retract this sometime down the line... 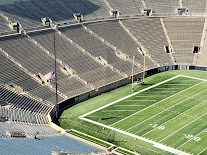 3)  RBG.  On the other hand, if you had a problem with Notre Dame taking their flags to half mast at the USF game for Justice Ginsberg's death, I am judging you.  And not positively.
4) Mike Leach.  During, and more concerning, after the Mississippi St. upset of LSU, coach Leach could not be bothered to mask up.  A virus 'hoaxer' or just a dick?  The post-game visual was pretty stark, coach O covered up and Leach, not.   With all that's going on, not cool. 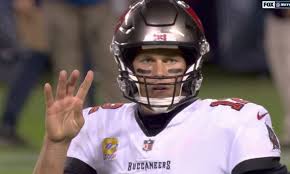 5) Tom Brady.  This may seem like flogging the dead horse - and Lord knows Tom deserves to have a senior moment after years of unparalleled elite play - but c'mon, you can't count to four? And did it have to be against the Bears?
As the esteemed Dr. Rasmus pointed out, between Brady and Chris Webber (circa 1993 NCAA championship game), this won't do much for Michigan's reputation regarding its commitment to a quantitative curriculum.
Finally, this one's for you, VP Pence.  (Sorry but this just had to be captured for a time capsule when someone says 'what the hell was everyone meme-ing an insect...)
It's no secret that conscience can sometimes be a pest...

Cocktail of the Week. 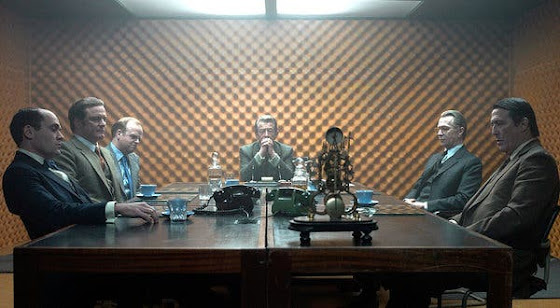 Sneak some booze on your next mission with a chilly Cold War cocktail worthy of a stakeout.
Pour the vodka and juices into a rocks glass.  Fill with ice and stir for 10 seconds.  I spy an amazing drink!