Conventional wisdom says that team's make their greatest jump in improvement between Games #1 and #2. So what are we to conclude, then, about the Irish (and their leadership) after Saturday?

I do know, factually speaking:
But so what?  From the post-game chatter it would seem the masses wanted... expected... something more. A lot more.  Like "return to Holtzian Era glory right-freaking-now" more.

And always, it seems Brian... and Tommy... are at the center of the discussion.

Personally, I thought I saw a lot of good Saturday.  But it's fair to wonder, this being Year 3 of the Kelly Reign of Terror... with play call communication difficulties still on-going, an offense that behaved nothing like what was seen in Dublin, questionable 4th quarter play calling and potential indecision regarding who, exactly, is the The Man at quarterback...

I'm a Shakespeare fan but Christopher Nolan's vision continues to have unfortunate relevance.

Song of the Week
Justified or not, with the disappointment palpable after the Purdue game, with frustration seemingly mounting, it begs the question, "What would you give... what would you do... to see ND 'return to glory'?"  .


"I would swallow my pride, I would choke on the rinds,


But the lack thereof would leave me empty inside,

Turn it inside out .


Find nothing but faith in nothing.


Want to put my tender heart in a blender,


Watch it spin 'round to a beautiful oblivion.


Rendezvous, then I'm through with you
Can Oblivion be beautiful?  (Thanks, Ryan, for the song!)

Used in a sentence... The increasingly truculent reaction of the Notre Dame fans to the offense's slow pace of play-calling surprised even hardened cynics like Terry and Tim. 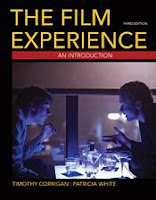 2nd Quarter - A Glimpse Of The Future?

3rd Quarter - All The Young Dudes 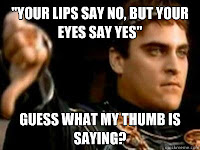 - It's a journey and not necessarily a linear one.
- You can end up where you want. Even if the guys in charge appear to be complete idiots
- When the music improves - and Saturday's use of The Dropkick Murphy's and only one Ozzie usage suggests a quantum leap in that area - everything becomes more enjoyable.

As is typically the case, there's a few guys who really flashed and could be comfortably bestowed this week's Buddy:  Everett (only his 2nd game of competitive action in two years, threw for almost 300 yds. and did things no other QB on that roster could possibly do), Tyler (several big, timely catches), Tommy (of course)... but I'm looking at a pretty impressive (and deep) D-line with one guy in particular standing out, Louis Nix.   Consistently applying pressure, batting balls down and being generally disruptive.  They say strength up the middle of your defense is critical, let's hope 'Irish Chocolate' can keep it up.

Tool Time
Michigan State.  Ah, the joys of social media.  Team Sparty couldn't contain their glee over Bama's rout of the maize 'n blue.  Understandable. So they had to tweet about it during the game, mocking Denard... as if a) The Tide wouldn't have hung 60 on their asses and b) they had a QB that could carry his shoelaces.

If he had any.  Which he doesn't.  But that's besides the point.  I didn't really care about their in-state rivalry before but now I hope UM just tears MSU a new one when they play.

Art Modell.  Yeah, I know.  RIP. You were a Titan of the NFL... with George Halas, Art Rooney, the Maras et al. Blah blah blah.  But you totally bailed on Cleveland, a blue collar town not wholly unlike my Packers. I know what it would've done to Green Bay if such a thing had had happened there... unforgiveable.


Schadenfreude Winner.
Week 2 in college football is typically the time when most colleges undergo serious buyers remorse for scheduling even a halfway difficult game in Week 1... so they take it out on the patsies they've scheduled the following week.  Thus, not a lot from the past weekend to Get Happy over.

Wager 2012.
We're 2-0, albeit not in the most impressive manner.  One would assume that probably everyone involved in the wager had these first two games in their win column as part of their prediction. So consider it like holding serve.  With 10 games to go, the pre-season's over....


Final Thought
Why The Packers Are Totally Awesome (Part I)

I'm pretty sure their GM was formerly the front man for Talking Heads...

Laugh From The Past
For the 801'ers who were (and remain) easily amused... I've got one thing to say about the following video clip:  egg-a-muffin.  Enjoy.


Thank you, Dr. Tim for showing me this awhile back...