"A good start."   So goes the cruel-but-broadly-accurate answer to the question this post's title suggests.  And that's all anyone should take away from Saturday night's performance.

Backing up a bit, the Michigan State game always engenders conflicted feelings for me. They play like thugs, inevitably play us tough (quite often successfully) and consistently do classless things. Yet I simply can't engender the same amount of enmity for them like I do our Evil Twins in Ann Arbor. In a similar fashion,  I struggle with Aquaman's place in the pantheon of superheroes.  He's an (apparently) respected member of The Justice League of America - and one would think that has to count for quite a lot - but seriously, how legitimate are his credentials?

His super powers, such as they are, involve the ability to control water and talk to sea creatures. It seems to me the latter doesn't do dookie for you unless you're battling evil Nazi U-boat commanders...

And as for the latter skill set... not that he isn't 'special' but, geez, I've seen Ray Volk communicate with fish...

Michigan State, The Aquaman of ND rivals. Another reason to  probably not get overly excited about last week's victory.

Song of the Week
I miss coach Holtz.  Sure, the Dr. Lou act is a little embarrassing now. And back in the day, his habit of building up every single opponent like they were the 2nd Coming of The Pittsburgh Steelers Steel Curtain got old in about Year II.  And the habit of spitting on everyone has always been awkward.  But man, could that guy ever game plan. Give him two weeks and he could beat practically anyone, college or pro.

Obviously, we haven't seen much of that strategic cleverness in quite a long time.  All of us have surely wondered if we'd ever see anything like it again. Steve Earle's "Someday" touches on similar feelings of longing - the plaintive renderings of a guy confronting the hard, near hopeless, reality of life in his backwater town while still believing things are gonna change.  The song ends with no promises, just a hint of optimism.

Maybe last Saturday was a glimpse of ND's lot changing.

Editor's note:  This song should be on everyone's iPod.  And not just because it's almost a sure 'get out jail free' card if you get stopped in the Deep South with a broken tail light and a cop who approaches you with a "yer not from around here, are ya boy?"  Hope you enjoy it.

Used in a sentence:   Coach Kelly's play calling was piquant in it's ability to consistently keep State's defense off balance just enough... 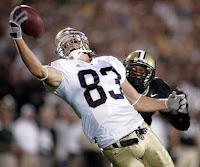 2nd Quarter
Already, I find Brent Musberger banal and tiresome.
Two basic rules for ND's offense:  1) Don't turn it over and 2) Stay out of 3rd and long.  The two are not necessarily unrelated.
Kirk H. makes a St. Iggy reference!
Misdirection. What a concept!

Summary Thoughts
If This Week's Game Were A Movie Poster, It'd Be... The Sting

"All It Takes Is A Little Confidence"

Okay, the filmmakers might've had a different kind of confidence in mind but the point is this:  Michigan State's persona is a thuggish one.  They hit you up to 2nd whistle, they yap about it, get in your face (literally) and bascially try to take you out of your game. And when we last saw ND's offense, they were being thoroughly intimidated by a Purdue team of indeterminate competence.  Eek!  And yet, even with The Most Embarrassing of opening :07 and a sparkling 1-for-13 3rd down success rate, ND never looked all that rattled. Golson certainly didn't.  Kelly's play calling exuded confidence in his QB.  And the defense actually had... swagger.  Cool! 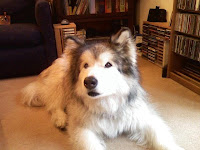 Maybe Allen Pinkett was right... if Prince "I'm Good for One Personal Foul Every Game" Shembo's performance was any indication.  Cierre Wood showed why he should be the first option at RB.  And Everett, while statistically unimpressive, never looked out of control or intimidated by the MSU punks.  But this week's Buddy can only go to one guy, Manti.  They needed him to play big and he didn't disappoint.  Plus his incredible grace under the most difficult of circumstances was a lesson for young and old.  When one looks up 'role model' in the dictionary, they should embed his picture.

Bob Ryan.   I have many fond memories of my two years in Boston, the vast majority involve Mary Flaherty's cooking, The Boston Celtics ("Danny Ainge, Latter Day Saint!")  and a magical front porch where Better Living Through Creative Chemistry wasn't just empty rhetoric.  But Bob Ryan wasn't ever one of 'em... a bitter, self-important BC grad once again rises to the occasion with ND's announced move to the ACC:  http://www.youtube.com/watch?v=k99xFohvQKk&feature=player_embedded

Hey Bob, What do Notre Dame and Boston College students have in common?  They both got into BC.


ND Fans.   My rant against you this week entails two points:  1) the apparent inability to enjoy the most substantive win in the Kelly era by nitpicking everything they didn't do well and 2) doing your best Oliver Stone impressions that the world, especially the Commie loving, tree huggin' leftish media is all against us. Did anyone listen to Herbstreit gush for 3/4 of the game about how athletic and dominating we were? News flash:  recognizing that on the bell curve distribution of sports writers out there, you're gonna have some haters no matter what... when we're good enough to have nice things said about us, it'll get reported.

Lane Kiffin.  You just can't help yourself, can you?  First, you lose a game, totally out coached, by a team that has owned you for the last 4-5 yrs. (Tough to say you were looking past them to Cal.)  Then you try to indirectly attribute it to your missing center.  And when that doesn't work, you throw your All-American QB under the bunch.  I want to party with you. You are just too much fun.

Schadenfreude Winner.
Week 3 in college football... game start to get a little bit more interesting. Some more than others:

Wager 2012.
Don't go counting your money too quickly, Team '10 Win'.  Maybe the best thing one can conclude is that (happily) the 5 and 6 win folks are probably looking a little shaky.  This team is surely not great but it's hard to see us going 2-7 or 3-6 the rest of the way.

But who knows? One game at a time. 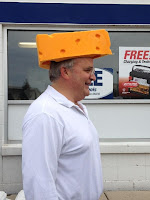 Final Thought #2
The campus will be crawling with U of M zealots (more than a few who are way cool students with a close association to my way, way cool daughter).  That said, and as a public service, I thought you might want to know what you're otherwise... broadly... in store for.


*big thanks to JB for showing this to me...