So Terry & Lisa went to the cinema this past weekend, taking in "Gravity" - the new, highly visual Alfonso Cuaron film that seduces one to pony up for a 3D ticket while pondering grandiose concepts about one's place in the cosmos and ultimately, coming to grips with the question (quite literally), "What kind of name for a girl is Ryan?"

But that was my take.  Not so much Lisa's.  Her interpretation was markedly more straightforward:
But for ND Nation, there is an undeniably relevant metaphor about being adrift. And I might add, not giving up... being extraordinarily resilient (and creative) in getting yourself back on the right path.  One can only believe coach Kelly and the team caught the film on their way down to Dallas.


Text of the Week
I hope you have plenty of ice orbs.

Song of The Week
Saturday was my (our) 28th anniversary and to say that I am Ray Guy when it outcomes to outkicking one's matrimonial coverage would be stating the glaringly obvious - a claim many could also safely make.

And by 'many', I mean all of you.  So irrespective of the game and this week's theme, this one's for you, Lisa Ann and everyone's respective better halves.  (From one of my Top 10 albums by the way).

Used in a sentence:  Lisa suggested that perhaps I was too rectopathic to invest so much, psychologically, in the fortunes of the Notre Dame football program.  Naturally, I exploded into tears. 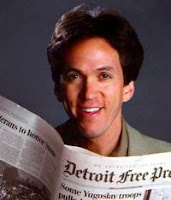 Buddy:  So does this mean that you guys are now, like, a permanent fixture on this site?  Sweet.
Murphy:  Damn straight.  And if this works out the way we've been led to believe, there'll be a three picture deal about us starring Hank Azaria.
Buddy:  Dare to dream, Murph.
Seamus:  Can we please get back on point here - Saturday night's game?  Judging only by their helmets, it would appear that Arizona State came to the game directly from an extremely violent paintball outing.
Buddy:  Or they shared a bad burrito if you catch my drift...
Murphy:  Worse than that is the poor guy who probably paid good money for a ticket and got seated behind David Robinson.  Tragic.  And I bet he didn't even get a whiff of those nachos The Admiral was scarfing...
Buddy:  Boys, the game please.
Seamus:  Right.  My money for this week's award can only go two possible places:  Jaylon Smith or the Offensive Line.
Buddy:  Solid choices, no doubt.
Murphy:  As much as it pains me to say this, I have to agree with my esteemed housemate.  And of the two - and not just because I'm big and slow - I'd go with the O-line.  Jaylon made some clutch plays but ASU blitzed a crazy stupid amount of the time and barely sniffed our immobile QB.
Buddy:  Fair enough.  O-Line it is. Plus, the way Jaylon's progressing down the learning curve, he's gonna be in this conversation a lot in the future.
Seamus:  You want to talk 'crazy stupid'?  Crazy and stupid is the ridiculous amount both offenses and defenses these days now look ALL THE TIME to their sidelines before a play is snapped.  Just hike the ball and get on with it...
Buddy:  Amen, witness.


Nimbus clouds over Valpo tonight. Rain a-comin'.  It's always struck me that no one conceptualized clouds quite like William Blake.  Some day Cincotta, Lindon and I will supp at J Sheekey's in the West End, tour the Tate Gallery and wax poetic o'er the complex magnificence of clouds.  And hit all of Terry's favorite Embankment pubs.

The White Rushin' To An Early Grave

Mix the first two ingredients.  Pour over ice.  Top with the cream and cinnamon and cocoa powder (if you want).  Or just whip up some Sanka and add a few glugs of vodka and milk.  Nobody's here to judge you.

Especially since "nobody" is in the living room watching last week's episode of 'Revenge'.

After ND scores, yell out, "Woo hoo! I'm NW Indiana white trash and proud of it!"  It's okay, nobody can hear you laugh at your uncanny ability to amuse yourself.

Oops. Nobody's standing right behind you with a plate of nachos she's made for you to watch the game.

Well that was a little embarrassing.


SCHADENFREUDE
A lot of close games this past weekend; too many of which went the way of the underdog. Sadly.

1.  Penn State.  I recognize they're serving time for a crime they arguably they themselves didn't commit, other than worshiping false god(s).  But I still don't like them. Kinda never have. So to see them get eviscerated by perennial Big 10 doormat, the Hoosiers?  Fantastic.

2.  USC.  They didn't even play this past week but that doesn't mean they didn't have a bad week as 'phantom' university representatives are reaching out to possible coaching candidates, not only getting quick rejections (see Dungy, Tony) but forcing AD Haden to spend a lot of time disavowing any knowledge of these random acts.

It's no surprise that Lane's exit Stage Left has left a profound void in The Cretin Cosmos.  And yea verily, briefly I did despair.  But that's before athletes from the wildnerness did reveal themselves...
1. Donte Whitner.  This is what happens when entitled athletes try to be clever after getting hit in the head too many times.  Mr. Whitner, he of the Ohio State pedigree and currently a 49'er, has decided that he wants to change his name and drop the 'W' in his last name, to make Hitner.  Hit?  Get it?  For someone from Columbus, that's off the charts innovative.  But perhaps I'm being too harsh. Maybe he just was tired of always having his name called last in school.
2.  Jadeveon Clowney.  Okay, this has as much to do with the NFL-NCAA agreement as it does the guy, but still.   Presumptive #1 pick in the 2014 NFL draft tells his coaching staff he couldn't play, just prior to last weekend's kickoff, because 'his ribs hurt', amidst speculation that young Clowney has gotten significantly more sensitive to his professional future than his collegiate present.  Suggesting once again that there is no 'I' in team but there is a 'me'.
3.  Dominic Raiola.   As much as I love and revere the great city of Detroit (and I do), every so often one of their athletic citizenry does something inexplicable that makes you just say, "why?"  This week's poster boy is the Lions' center, in Green Bay this past weekend trying to help the team overcome their 22 year losing streak in the state (they did not) and apparently, he just went off, dropping f-bombs and gay slurs... on the Wisconsin band.  The band.
4.  Houston Texan fans. Matt Schaub is a pretty good QB having a pretty bad year. Disappointment abounds for a team (and it's fanbase) that always seems to be in the early Super Bowl conversations. But that doesn't give one the right to basically stalk him... go to his home, take (and post on FB) pictures of his family. As some did this week. Stay classy, Houston.  (Editorial note: if this were Philadelphia, it'd simply be BAU.) 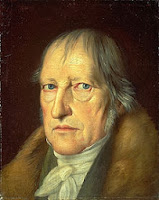 
Doesn't it seem like we've been in this place before? With this program? On the cusp of turning the corner.  Or not.

And after seeing Georgia on TV a lot lately, specifically their senior WR, the brilliantly monikered Rantavious Wooten, it got me to ponder where has the creativity gone in naming our children these days?  After all, any idiot can give his daughter a boy's name, there's nothing innovative about that.  But drawing on all letters in the alphabet - and the associated phonics - that's hard work.

To that point, check out Key & Peele's latest riff on the subject.  These two might be the funniest guys on TV right now.   For you BBC fans (and you know who you are), make sure you catch this year's Dan Smith-like punchline.

I know not from whence these videos came. Legend has it no one does. But they beg to be shown.  Shot in the raw, gritty style of an early David Lynch (Think 'Eraserhead Meets Animal House').   Blissfully without audio, the series - and know this: there are many - chronicles college life at the end of the turbulent 70's.

So innocuous sounding.  And yet not. Almost all of you will want to check this series out.  Series. Again, as in more than one. More each coming week.

Be advised: the only crimes committed seem to be fashion and hair-related.  Except for the guy in drag. Pretty sure that still remains illegal in Indiana.