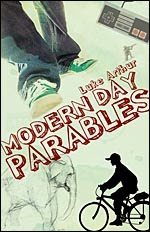 The following may or may not be true:   There once was a young university student, an aspiring Man of Letters.  We'll call him Torrance, who, having a paper due the following day instead opted to attend a Sunday afternoon social affair hosted by one of the school's other dormitories.  We'll call it Lyons.  At said gathering was softball - it was Spring! - and beer.  And the student partook of all that was offered.  In abundance.

When it came time to leave he headed dutifully to the school library to write his paper, full of the inspiration and insight that comes with alcohol and sport.

Retiring to the top floor and a secluded carrel, ostensibly to enhance his focus, almost immediately he fell asleep, only to wake up after midnight to a completely darkened - and empty - building.  The lad arose, mildly shaken, simultaneously 1) wondering why the library staff wasn't more diligent in their final evening sweep protocol and 2) praying that the elevators were still working.  (They were.)

Without belaboring the next several minutes, the library ended up being not as locked down as it could (the floor locks on the foyer revolving doors being surprisingly malleable) and Torry made it back to his dorm, banged out his paper at 1am - ultimately achieving a 'B', the grade he probably would've received had he written the paper on his originally planned timing.

This irony was not lost on the student. Nor were the other important Life Lessons involving crisis management, instinctual course correction and the oft overrated emphasis on advanced planning.

This is shared to confess that like that fly-by-the-seat-of-his-pants student, not so much diligence was invested in viewing this week's game.  In fact, I didn't even watch the latter half of the 4th Quarter.  And yet, I'm still hoping for a 'B'.

But in appropriate context, resisting the urge to over-think this game might be viewed as a very good thing:  a) by Game 7, it's tough to identify new insights (especially for a team that seems comfortable repeating the same behavior) and b) after the 1st series, the game finally became one of those stress free experiences where one could turn their attention to dinner plans, The World Series and whether Mylie Cyrus might be hosting SNL.

But maybe the true moral of this parable has more to do with a "it's always darkest before dawn (especially if you're on the 13th floor of a locked down library)" conclusion.

Facing a bleak future of an Andrew Hendrix-led team, the headline here is Much Maligned Tommy Returns In Fine Fashion while the 'D' Remains (mostly) Stout and finally, don't look now - but the Freshmen Are Contributing at an increasingly high level.


Song of The Week
It is surprising that to-date (I think) The Clash has never been offered up in this space.  They are, after all, my favorite band.  Perhaps it's because I could never quite make the connection between ND football and overthrow of authoritarian Third World governments.

But that ends today, with the ironically named "Complete Control" - a song that speaks to being in control in name only.  Which, depending on how this season progresses, may actually be a very accurate description of ND football.  But for one game, we're taking the song's title quite literally.

:  One suffering from the mental disorder characterized by excessive optimism or confidence.

Used in a sentence:  After watching the team finally trounce someone, albeit a service academy, young Terry held his breath in wait for the oncoming "We're back!" proclamations from ND Nation hypomaniacs.

Seamus: So Bud, I saw your pal Corrigan lost the American Songwriter contest to some 'Tea For The Tillerman' lovin' dude.  That's gotta sting.

Murph:  No kidding. I'm surprised the guy didn't have Enya on his list.

Buddy:  Well, he's devastated.  I told him to get "American Beauty" in his Top 10 but no - he had to keep that lame Eagles concept album...
Murphy:  Hey, everyone's got a semi-embarrassing guilty pleasure. Seamus, need we remind you of your Jonas Brothers period?
Buddy:  Onto the game, boys -  nice to have a bit of a breather, yes?
Seamus: It's about time. After the 1st quarter, the D seemed to finally get their option responsibilities down.
Buddy:  True but from my vantage point, this game was all about reaffirming Tommy Rees's place as perhaps the single most indispensable player we have this year - as disconcerting as that thought is.  Even with a couple great catches bailing him out, he looked pretty darn good.

Murphy:  True dat.  He's gotta be this week's Bud even as Jaylon continues to make plays and TJ Jones looks more and more like a total stud every week.
Seamus:  But did you see that completion Hendrix had?
Buddy:   Completion. As in singular.
Murphy:  You have a point.  Seamus does love to incite debate. But maybe not this time.
Buddy:  So we're aligned. Tommy is The Man.


Game Observations
2,160 miles away from campus, Everett speaks.  If you haven't see the video, an interesting watch. He semi-confirms the cheating allegation and yet, not in any specifics.  (Did he cheat or did he help someone else?)

Fascinating times lay ahead... one would like to think there's an excellent probability of going into BYU with 8 wins banked. Fun fact:  Kelly is 20-2 in November over the last six years.  Fingers crossed, Team 10! Mix all the ingredients, then serve over ice.  When you bought the rum, the liquor store clerk suggested that it goes really well with orange juice.  But how did he know you had bought OJ?

It's all starting to make sense:  The Fedex guy called you by name all summer.  Where did he get that information?  Who's he really working for - NSA?  Opus Dei?  Lisa's Book Club pals?

You tell a co-worker (actually, Steve the in-house maintenance man) about these troubling signs.  Try not to react when he reminds you of last week's episode involving mixing alcohol and the anti-depressants. He cites New England Journal of Medicine research about the combination's link to forgetfulness and paranoia.

But who told him that you were on medication? Or that you even drink, for that matter? 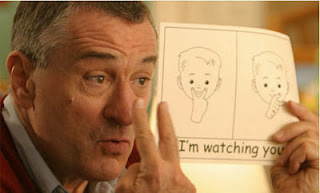 There's no doubt in your mind.  They're all working for him.  Steve:  I'm watching you.

(This one's for you, Chancellor Merkel.)

1.  Northwestern.  Yes the Big Ten's historical doormat is #1 on the list.  But to live in Chicago these days is to get a constant dose of "Pat Fitzgerald as God" buzz.  If you had defeated Ohio State, Pat, maybe. And I would've been your biggest fan.  But you didn't. So I'm not.

2.  UCLA.  Another conundrum:  I actually like UCLA, especially when they beat USC. But I also want them to understand their role in college athletics:  you're a basketball school.  Like Duke. Or Kentucky.  And any stud California football player who doesn't want to go the SC is supposed to be coming our way.  Got it?  But nice try against Oregon.

3.  Texas Tech.  Where is Lubbock anyway?  Just north of Hell (and east of Area 51!)  In truth, I don't really dislike you, Raider Nation - I don't actually know anything about you.  But you were ranked #10 and while I still cling to a scintilla of a chance that ND can bag a decent bowl bid, you had to go down.

4.  Penn State.  I can hear Thompson say, "Good God, man, haven't they suffered enough?"  A $60MM payout this week to Sandusky victims AND an annihilation by Ohio State. So apparently not.

It's Wide Receiver Week in Cretin Country...
1. Nick Saban.  As if football coaches don't already hold too much sway in college (see Paterno, Joe), now apparently they can dictate stadium ticket policy. Big Nick doesn't like that Alabama students aren't staying for the whole 60 minutes (hello, they're college kids and you're winning by 40 pts. every week) so the university has rescinded student reserved seating for a general admission policy. Really glad you weren't ND's coach when we were there.

2.  Greg Jennings.   Surely no one but me has followed Green Bay's former #1 WR buggering off to the Vikings for big free agent $$ that no one else in the league would pony up.   Apparently Greg took umbrage that Aaron Rodgers didn't go to bat for him with team mgmt to aggressively re-sign him.  So he spent the off season talking and talking and talking about A-Rod... Really, really bad idea.

3.  Dez Bryant. Setting aside his immense talent for the moment, is there a bigger "it's all about me" tool in any pro sport right now? 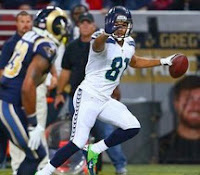 4.  Golden Tate.  Whether you're stealing doughnuts or taunting opponents while scoring - so much for the Lou Holtz 'act like you've been there' credo - you never fail to be a Notre Dame Alumni Disappointment. At least to me.

5.  Erin Andrews.   You are insipid personified. The quality of World Series baseball has been shaky enough, Fox Sports, I'm begging you, make her go away.


QUOTE OF THE WEEK

"The conventional view serves to protect us from the painful job of thinking."
John Kenneth Galbraith 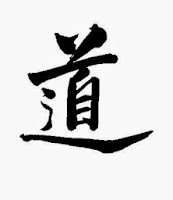 1.  This is why internet sports message boards flourish and crush the soul both at the same time.
2.  To grasp this statement is to understand The Tao of Lini.

This is daughter Shea's week to guest blog at One Week, One Band - as she deconstructs The Arctic Monkeys - a band few of you have heard of and less have listened to.

But that's cool -as we like to say in Marketing Land, you're not the target.

But check it out anyway to see a Corrigan with real writing talent.  If you scroll to Monday's submission, you'll get a nice tribute to Lou Reed and a video of his song "Vicious" - something that would be a perfect 'Song of the Week' candidate if ND was ever actually, you know, vicious...

Final Thought I - Scotchlandia Update
Disregard the appearance of The New World looking like a pre-FBI raid Branch Davidian complex.  That's just the NSA messing with us after our proclamation of secession. 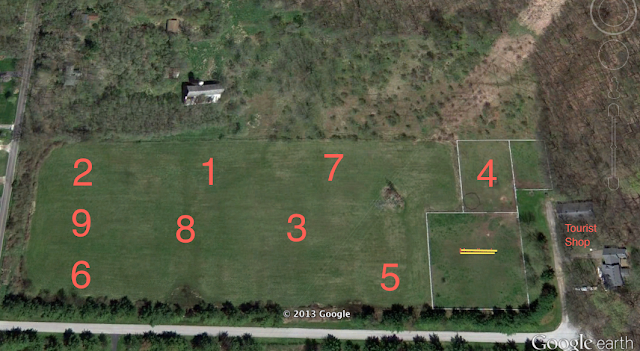 Back to the misty, dementia-riddled dreamscape that was St. Louis Blvd in the late 1970's.

So seemingly normal looking,  so not normal behaving.