Week 3: The Season of Sybil 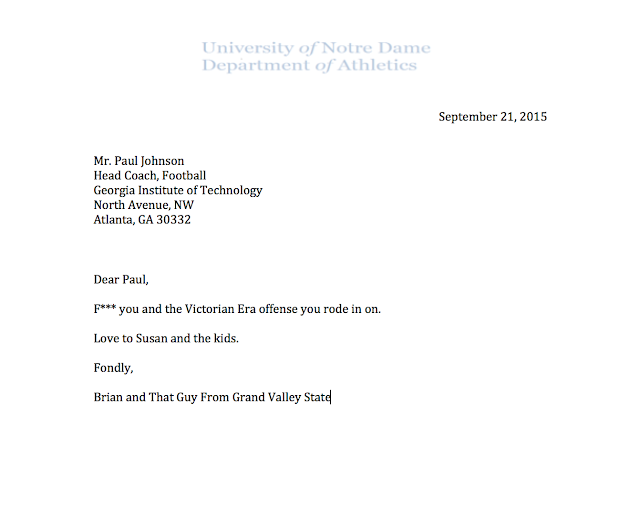 Okay, here's what none of you are allowed to do, Whiny Oooh-Hold-Me-We-Have-So-Many-Injuries-The-Football-Gods-Must-Surely-Hate-Us, ND Nation:

You're not allowed to jump back on the bandwagon this fast.  Own your pessimism skepticism.   Saturday was, after all, just one game that only proved one of several possible conclusions: 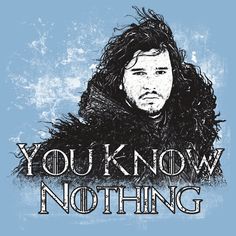 a)  Most of us know absolutely nothing about football.

d)  This only prolongs the inevitable depressing The Smith's song choice when the team ultimately fails to live up to expectations.

"I'm not like them but I can pretend
The sun is gone but I have a light.
The day is done and I'm having fun.
I think I'm dumb, maybe just happy..."

So why does Our Mother's team appear so bi-polar?

Personally, I'm subscribing to conclusion 'b' (with a heavy dollop of 'a'). One sometimes forgets these are yutes, some of which actually attend classes.

There are upsets and near upsets (I'm looking at you, tOSU) every week.   Do we think Saban, Meyer, Sarkisian (okay, bad example) didn't try to fully prepare their players last week?  An certainly parity is much more a factor -  the day and age of Ara, Bear and Woody stockpiling the best 100 athletes, each, are gone.

Then there's the injuries.  For some teams more than others but almost no one comes out totally unscathed.  (Isn't that right, UCLA?)

So I guess the moral of the story is this:  hope you like roller coasters.

"Happiness is not an absence of problems but the ability to deal with them."

The very definition of Notre Dame optimism, Season 2015.  So far. A kind but ineffective optimist, who means well but is useless; one who idles and trusts to fortune.

Used In A Sentence:  Young Terrence wondered if all the 11 and 12 win predictors were just sad micawbers, earnestly trusting in some unseen ND power of positive thinking.

But after seeing Saturday's excellent game planning and assignment-sure effort, he began to re-evaluate the potential prescience of his blog's dedicated lunatic fringe.

Is there any question that ND's defense was the story of the game?  Who'd a thunk that they'd hold Ga. Tech to 7 points for 59 minutes?

So pick any of a number of guys to be this game's Buddy... Jaylon (as usual), Sheldon Day (Mr. Disruptor), Joe Schmidt (Brainiac), even Greer Martini for coming out of nowhere and playing the best game of his (albeit short) career?  All valid choices. And yet, that's not this week's Chosen One.  I believe many games turn on certain plays - some early, some late - and this week, I can't escape the feeling that without Will Fuller's play in the first half, when no one else seemed so inspired to either catch the ball (see Brown, Chris) or hold onto it (see Jones, Alize), the game might've been very different.

The guy's a total stud. And a redshirt freshman QB's best friend.

Not bad for a 3-star recruit that wasn't thought of as much more than an afterthought when he first arrived.  (Moral: never underestimate the boys from Philly.)


This song's for you, BVG and BK.  (Until next week where, should you fail to deliver, we'll have the lynch mob ready and waiting.)

1.  USC.   5 years in a row.  Like Christmas, you know a September loss is coming for USC.  I'd make a joke about the unfulfilled potential on this team driving a coach to drink, but that would be unkind.

Forgive me if you think you saw these same names last week.  You did.

1.  Bret Bielema.   The newest practitioner of How to Win Friends & Influence People... 'cause he sure ain't winning football games.   And he's not much of a prognosticator - witness this summer's quote, "If you throw it 70 times, we'll kick your butt..."

Texas Tech would beg to differ.  And with Texas A&M up next on the schedule, you're looking like a 3 time honoree here, Bret.


3.  Suzanne Petterson.   Having a golfer grace this section is pretty rare.  Having a female nominee might be unprecedented.

Welcome, European Solheim Cup leader who, in a Seve-esque moment, decided to call her USA competitor on picking up an 18" putt when it technically wasn't conceded.
(This after Suzanne had walked off the green to the next tee.)

This ensured two near certainties:  1)  immediate and voluminous American tears (this isn't baseball, after all, there's tons of crying in women's golf), 2) the USA team coming back to kick their ass in the final singles competition (and winning the competition) and despite an apology suspiciously sounding like a PR expert would craft, 3) Suzanne's impending World o' Hurt on the US tour next year.

4.   Paul Johnson.  Apparently his lack of regard stretched beyond merely our D-Coordinator - read this.

This game calls for a good old fashion revenge theme... 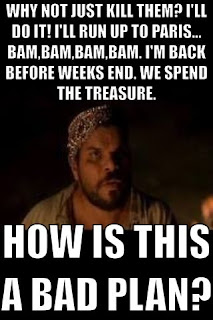 The Count of Monte Cristal

Alexandre Dumas knew a thing or two about keeping an audience tuned in.  Heck, he knew a thing or 18, because that's how many newspaper installments it took to tell The Count of Monte Cristo, which still sets the bar for archetypical revenge tales.

You know the formula: (1) get wrongfully convicted; (2) go to jail; (3) get out and get even.  Oh yeah, and (4) get rich along the way - the kind of wealth that can fill a jacuzzi with champagne.

Turn the bubbles up high and hop into this sweet-as-vengeance Cristal cocktail.
Pour the liqueur into your fanciest Notre Dame go cup.  Top with the best bubbly you can buy.  (And since you can certainly afford Cristal, lose the liqueur and find a real glass as you ponder the axiom that Revenge is dish best served cold. Or in this case, chilled.)

We're white, male, well over 50 and nary a rhythmic bone in any of our bodies.  (Well, perhaps Perez.)  But this is so awesome.  And will make you want to re-watch about 20 films.

Beatles play in front of 18 people in The Aldershot Club, December 1961.  18 months later, they were superstars.  So maybe we ought to give ND's young guns a chance. Out of small things, mama, big things one day come. 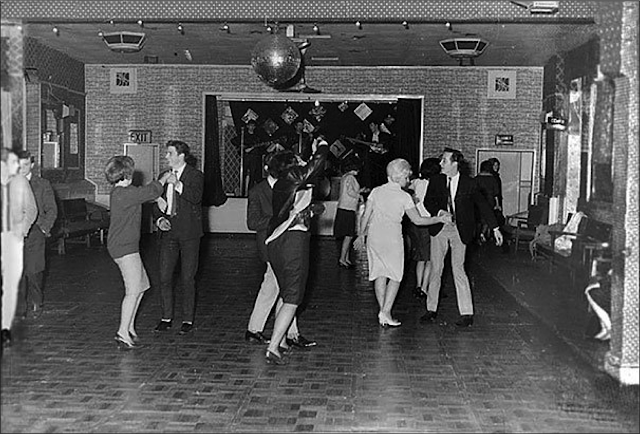