Week 4: On The Brink

This is how I sorta envisioned Sunday's conversation between Kelly and Swarbrick - if one simply replaced 'defense' instead of orange juice...


What has clearly devolved into managerial anger has become palpable loss of hope on the fandom side of the table. 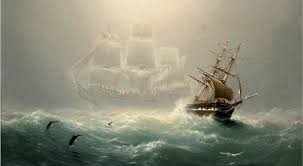 The Flying Dutchman is a legendary ghost ship that can never make port and is doomed to sail the oceans forever. The myth is likely to have originated from 17th-century nautical folklore.
Sightings in the 19th and 20th centuries reported the ship to be glowing with ghostly light. If hailed by another ship, the crew of the Flying Dutchman will try to send messages to land, or to people long dead.

In ocean lore, the sight of this phantom ship is a portent of doom.

It's been pointed out to me - three games attended this year, three games lost - each one more humiliating than the last.

I am that Flying Dutchman.  So no more in-stadium experiences this year for Jerrence.  I'll still hover around tailgaters like a dark, foreboding, sinister presence that dissipates just when you think the hero is gonna get it.

Except if this were Game of Thrones where not only would the hero get it, so would his whole family.

Which, metaphorically, this season is feeling exactly like One Giant Red Wedding.

Beyond a terrific tailgater - that group truly 'reloads' year after year -  there remains very little to say any more about the actual on-the-field product except how radical the post-2016 surgery has to be on the patient:


* We don't tackle.
*  We don't pressure the QB.
*  Our D-line gets consistently blown 3 yds. off the ball
*  Our O-line can't run block to save their lives - are they tipping their plays? So it's been suggested.
*  Our QB, not without some justification, thinks he has to make a big play every single down.
*  Special teams, with the exception of Sanders and Newsome, are increasingly big disappointments
*  Our coach says we play without joy.   (So is the fanbase, Brian.)
*  Interestingly, he also said the D had a call for every single conceivable situation.  And it was said not as a compliment.
*  Nyles Morgan, leading the team in sacks, with one. Well, tied with Swarbrick.   Possibly Kelly.  Probably the AD.

So, what's next, Savvy Jack? 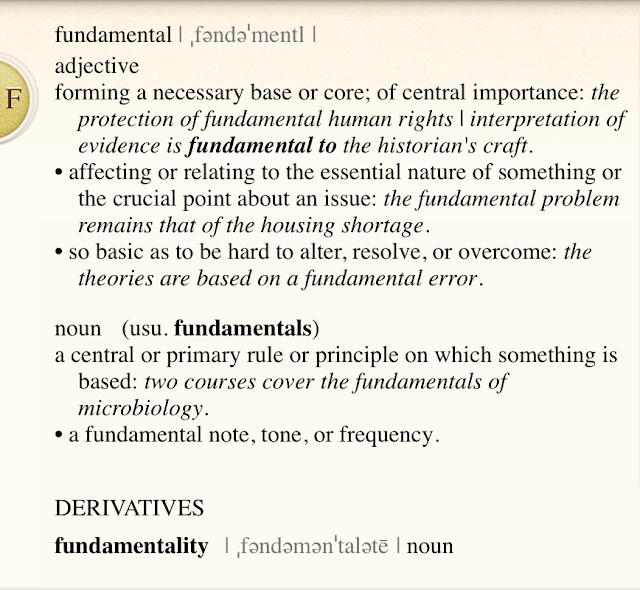 Used in a sentence:   Upon watching the football team's latest effort, Young Jerrence wondered whether "Fundamentals of Tackling" was, in fact, an upper level course at Notre Dame, presently unavailable to the underclassmen-skewing team. 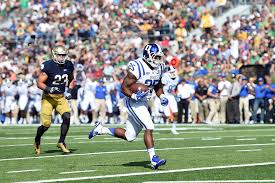 Shea Corrigan
(without irony or malice)


The empirical data would suggest not, daughter.

You can't possibly be wondering now what to do with your Saturday afternoons? Well if books are too, well, wordy for you and movies don't protect you long enough from possibly hearing about ND's football games, try TV - many* have said the best writing in America is happening on TV.  Here's a few to consider.

*By many, I mean myself and Perez.

Television Shows  To Consider (beyond The History Channel)


1. Stranger Things.  This summer's buzziest show, Netflix's "Stand By Me Meets The X-Files" series that features Winona Ryder's triumphant return to the small screen.  Well maybe not so much triumphant as remarkable - there is Professional Life After Shoplifting!

Set in small town Indiana ("you had me at Hoosier"), circa 1983 - it's either a total cynical rip off of every 1980's kid film or a lovingly derivative homage to the same.  Or both. Who cares, it's eight episodes of awesome.  And Winona. 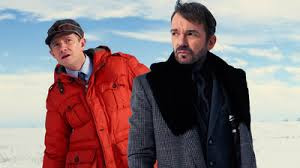 2. Fargo.  What loon would try and serialize the Coen Bros cinematic masterpiece?  The same one that casts Billy Bob Thornton as the prototypical killer-for-hire psychopath in Season 1.

No wood chippers but a surprising cast for both years 1 and 2 make this a show just brilliant.


Postal Worker:   This is highly irregular.Lorne:   No. Highly irregular is the time I found a human foot in a toaster oven. This is just odd.

3.  Anything  by Aaron Sorkin.  Written by Mr.  A Few Good Men - "You Can't Handle The Truth,"  every series he's done has been an exercise in linguistic awesomeness.  Choose one:

If a liberal West Wing government gives you the willies and an inside look at the making of a weekly comedy show doesn't float your boat, give the latter a shot.  It has probably The Greatest First Show, First Scene Soliloquy Ever:

4. American Horror Story.  If you can't look away from ND's train wreck of a defense, you're clearly okay with watching freaks that make you uncomfortable to the point of making you physically ill.  Six up and down seasons that range from ghost stories to witches to insane asylums to circus freaks, it's a veritable cornucopia of the 'creepy fabulous' (to quote critic and horror connoisseur, Ryan Corrigan).
.

Birmingham, England gang 'o thugs in the 1920's. Their ambition often exceeds their intelligence just like our ex-D-Coordinator! but they've got a charismatic leader comfortable with making tough decisions.  And who doesn't pine for one of those around here?

Next week - movies  you could be investing three hours of your Saturday on.

Crossing names off this list with such impunity feels a little like playing "Pol Pot Goes To Cambodia"...

USC.    Still in the pole position here - the fact that you gave Team Corrigan a just little bit of single malt-fueled joy during an otherwise desultory sports weekend was awfully nice of you.  Apologies for not sending a thank you card.


LSU.  Your loss not only cost a good Michigan Man his job, which is nice.  It's also highlighted the truly underwhelming coaching options out there (for all of you out there pining for Kelly's head on a stick).


Michigan State.  If your loss didn't make us look even more lame, I'd really celebrate this.  Instead I can only go 'halb-freude' on this.


No use beating the dead horse here, yes?  So ND players, you're off the hook this week - back to a more... democratic... review of the stupid, the hypocritical, the low of character.

1. Pete Willett.   Hey, this is Ryder Cup week and who should pop off but - not a drunk, loud mouth American - but Danny Willett's brother.  Check it out here.  I think alcohol may have been involved.

Danny, a talented, likeable Scot who's only crime is his propensity to wear white slacks a little too much, ultimately apologized for his brother's rant, which objectively was an impressive one and possibly indicative of him having other issues.  Hey, every family has one. I should know - I am ours!

2. Blake Barnett.   Most of you probably recall this lad as one of our highest profile Reneging Recruits, a 5-star QB who committed early, seemingly the cowbell guy that would attract other 5-stars, and then bailed.  So it was both a little sad and delicious when he announced his transferring from 'Bama this week because he got beat out by a freshman.   Millennials get a bad rap - all of this audience has kids, young adults now, of high character and work ethic.  But this 'cut and run' at the first sign of adversity is despicable.

Q.  What if Montana had done that, when he buried behind Rusty Lisch and Gary Forstek?

3.  Nick Saban.   Believe it or not, Nick is not my Pantheon of Evil.  As fundamentally - there's that word again - simple minded I believe him to be (like all coaches, win or die), he's a damn good coach.  What he isn't, apparently, is Mr. Memory.  So for him to call out young Barnett as a quitter, does he not recollect when he quit on the Dolphins (and in the process, lied about it)?  Hmmm.

4.  Dez Bryant.  Let's face it, Dez could be here every week.  No one embodies the "it's all about me" attitude of the WR species - though Odell Beckham, Jr. is giving him an awfully good run for his money.  But the childlike Dez revealed a new dimension to his arrested development when, after suffering an apparent hairline fracture to his leg, blows off treatment for three days because he didn't want to hear the actual diagnosis.  If I may be blunt, Desmond (I assume that's your name), you're an idiot.

We're not going to attempt to argue for a Notre Dame football candidate - not this week.  Not with the performance of the team.

And not with the death of The King, Arnold Palmer.

His long time friend and rival, Jack Nicklaus, said it well:
"We just lost one of the incredible people in the game of golf, and all of sports."

He was more than a golfer. Or a great golfer. 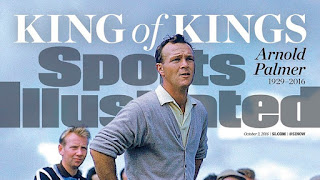 Jack called him 'The King.'

And there's really not a lot of those left in the world anymore.

Check out some great stories about him here  - as well as the song below, written about another King, but one that applies to AP as well:

"He's on a mission of mercy to the new frontier; he's gonna check us all on out of here..."

Don't you know we're riding with The King.


Cocktail of The Month
Ever go somewhere, attend something and come out afterward thinking

I mean, other than a Notre Dame football game?

That's kinda my feeling toward this week's film basis.  For all it's critical praise, back in the day, it just did not do it for me.  I'm not even sure why I saw in the first place.

All That Fizz
All That Jazz (1979)
Directed By David Fincher

In the early 70's there were few people as prolific as director-choreographer Bob Fosse, who won an Emmy, an Oscar and a Tony - all in the same year. (Maybe that's why I went.)


Fueling such an aggressive career were equal parts pills, booze and cigarettes - lots of cigarettes - in addition to a handful of wives and a whole bunch of showgirls.  This on-the-edge lifestyle was chronicled in Fosse's semi-autobiographical All That Jazz, a razzmatazz musical tragicomedy that featured Roy "You're Gonna Need A Bigger Boat" Scheider as Fosse's doppelgänger, with a young Jessica Lange appearing as his Angel of Death.

Celebrate a complicated genius with this heavenly white fizz, whose smoky finish is heart-stoppingly delicious.

It's showtime! Coat the inside of the cocktail glass with the scotch, dispose of the liquid, and set the glass aside.  Add all the remaining ingredients (except the club soda) to the shaker and dry shake for 10 seconds.  Add a handful of ice to the shaker and shake for an additional few seconds.  Strain into a cocktail glass and top with the club soda.

Every sport has some terrific rivalries that date back decades, where the fans get overly invested and often do regrettable things to others (and themselves).   But I love it when a key player - someone you've spent much of your life loathing - calls it a day and the other fan base steps back, albeit only temporarily, to recognize their greatness.

BoSox fans did it last year with Jeter.  And Yankee fans returned the favor this week for Big Papi.  Pretty cool. 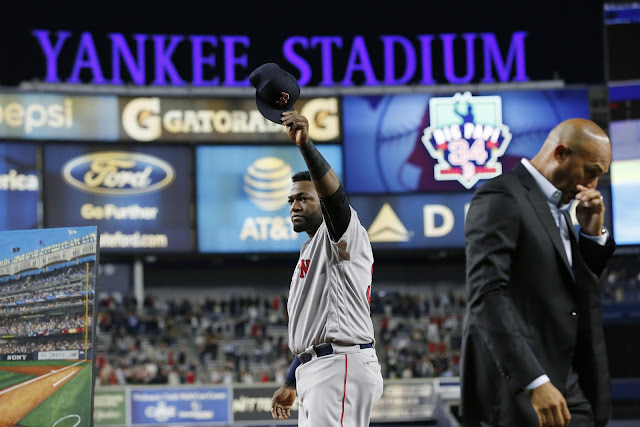