First off, my sincere apologies for being so tardy with this, the penultimate column of the year.  One could say that, like our beloved football team, I ran out of gas a little short of the prescribed finish line.


“Love and Gluttony justify everything…”

I’ve always been a big fan of Oscar Wilde; much of what he observed still makes sense to me, appealing to my deeply cynical side, wickedly comic sensibilities and an unfortunate penchant for excess. And after ND’s performance against The Cardinal – get a team nickname that makes sense for god sakes – all I am left with is a sense “at least I have the love of friends and family” and “man, am I a glutton for punishment”.

When Buddy and I used to walk the sylvan paradise that was our Walton-on-Thames neighborhood in SW London, we talked of many things.  Mostly, catty remarks as we looked in people’s windows during our nighttime circuit. Often  the conversation would turn to music… he was a particularly big fan of The Smiths, even giving me permission at one point to change his name to Morrissey. (I declined due to the complicated, multi-syllabic nature of the name – an unnecessary pronunciation challenge, I perceived, on those weekend walks when invariably I needed alcoholic sustenance to make the late evening stroll. At those particular times, yelling “hey Bud!” was about my limit.)

Buddy and The Smiths sprang readily to mind as I considered the state of the football program, post-Stanford.  But which song?  “Vicar In a Tutu”, Some Girls Are Bigger Than Others”, “Bigmouth Strikes Again”?  Sadly, too many of them had application. But one jumped out with laser-like relevance:

Girlfriend in a coma,
I know, I know it’s really serious…

Do you really think she’ll pull through?

At this point, it’s hard to make any argument that ND has turned any corner towards consistent excellence. In fact, probably being closer to a sad, stagnant coma state. 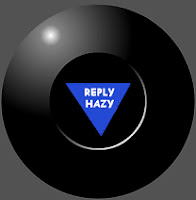 So I have no idea if this program will pull through, to even a consistent Top 20 level. Recruiting seems consistently strong of late. And it’s certainly frustrating that other programs (read Michigan) seem to snap back quicker and easier than ours. And next year’s schedule doesn’t get any easier (please, Landry Jones, declare for the draft)...

·         Okay, The Cardinal seems to have come out in Texas Tech’s uniforms.  Hmmm. Maybe Stanford did some kind of hostile takeover as a B-school exercise.
o   And what color is that anyway?  I’d be inclined to say ‘wine’ but for a school that once had the nickname “The Robber Barons” I’m guessing they’d say, Shiraz or Pinot (definitely not Merlot!) or if they’re feeling euro, Rioja or Amarone…  pretentious tools.

·         Scapa, ‘the’ Orcadian – from the Sanctuary of the Scapa Flow, is tonight’s surprise starter at Terry’s single malt position.  Here’s hoping Kelly is channeling my innovative, ‘mix it up – go for it’ spirit…

"Earth. It Was Fun While It Lasted."

Vapid. Self-indulgent.  An insult to the intelligence of anyone not in a coma state.  Not even worthy of Dr. Tím Tím’s scornful “it’s rubbish… pabulum for the masses” label.

Oh yeah, and that lame Bruce Willis, Ben Affleck movie was awful too.

But the tailgaters this year were awesome.

Used in a sentence… “The Notre Dame fan base was saturnine after the team’s disappointing performance in front of yet another end-of-season national audience.” 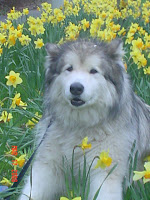 I can’t tell you how badly I wanted Tommy to win this award. And that was even before I departed for the Orkney Islands.  Of course, that quixotic dream ended after, what, ND’s 2nd offensive play?  I also can’t tell you for how long it appeared there’d be no winner. But then came the 2nd half and the only reason I was even remotely sanguine about this loss:  Andrew Hendrix.  He was tough as nails, Tebow-like (without all the religious proselytizing).  He’s got a rocket for an arm and his misses didn’t seem the results of bad decisions, just bad throws one could reasonably expect from lack of play time. Ultimately, one got a glimpse of the Kelly spread offense demonstrating its potential.

Now why we’re seeing this in the 2nd half of the last game is a question for the off season. For this week, Andrew Hendrix is my focus, and for his not-insignificant contribution of optimism, he’s this week’s BUDDY award winner.

Schadenfreude of the Week.
·
Florida.  Could Charlie Weis be the college football version of the mythical Flying Dutchman? Moving, ghost-like (if a man of his girth can truly move that way), from program to program... never making port, never finding success? Legend had it the sighting of the ship was a portent of doom.  Charlie’s size makes him tough to miss. Bummer for Florida.  Especially when Urban starts syphoning off the Florida recruits that used to be slam dunks.

·         Oklahoma.  And we think our team comes out unprepared?!  The Sooners get pasted 44-10 to their in-state rival!  (And when does anyone starting harrumphing about Bob Stoops?)
·         Texas.  Speaking of coaches who suddenly find themselves the subject of firing speculation, “Mack Brown, come on down!”  No one in the country has an easier time recruiting – every March at your Junior Day, you get 18 commitments on the spot – and yet, post-Vince Young you’re getting crushed 48-24 by Baylor. Baylor.  Team Branch Davidian!
·         Ohio State.  Now that Urban’s safely ensconced in the OSU program, it’s probably wise to enjoy their mediocrity while it lasts.   And I did.
Terry’s Tool Time.

·        WR’s / DB’s.  Somewhat irrespective of the outcome of the games, watching football is supposed to be fun.  A pleasurable experience, reveling in the exploits of genetic freaks doing things one could only imagine.  And yet, increasingly, the diva-like behavior of the high profile skill positions just incense me.  Who saw DeSean Jackson recently (on Monday Night Football) or Stevie Johnson… or for that matter, Golden Tate?  And the DB’s are no better.  One pass defensed and their arms start waving back and forth, their heads start bobbing up and down. Yap yap yap.  For just doing what they’re paid to do.  Well, in Terry World, they need to be corrected…  Feel The Wrath of Terry when my SWAT kicks in, poised high atop the press box roof, little tripods set up…  losing a replay is going to be the least of their worries, Boy-o.

·         Brent Musburger.  There’s a pivotal scene in “How The Grinch Stole Christmas” where after many years away from Whoville, he’s reunited with the spinster women that so lovingly raised him. Poignantly, he asks, “Are you two still alive?!”   And after listening to Brent call the 1st half, I had the same question. (Followed immediately by, “why?”)  It also led me to amend the game day job description of my SWAT team to include Half Time Ninja, whose sole additional responsibility would be to creep down and I stealth mode, take out the offending announcer. (As determined by a fast email poll of this group.)

Non Sequitar of the Week

The Big East grants admittance to Boise State, San Diego State for football only membership and Houston, SMU and Central Florida as full members.  Huh? This makes sense only if Australia and New Zealand is being annexed by the NCAA…

And we wonder why the rest of the world mocks of our knowledge of geography.

Answers to Last Week’s Quiz
Which luminaries on this distribution list lived in the following estates during their college years?

Last week, in one of South Park’s most compelling dramas in recent memory,  Eric Cartman fakes having Tourette’s Syndrome to in effect, give himself a free pass for saying the most scatological (and anti-Semitic) things that pop into his head.  It’s an experience he finds to be increasingly liberating – living a life without the bourgeois necessity of an internal filter! How great is that?! Well, Cartman learns, to disastrous effect, that ultimately the lack of a filter has a downside, leading to embarrassing admissions of bed wetting, mutual wiener touching w his cousin and of course, faking Tourette’s Syndrome.  Riveting TV with powerful life lessons for us all.

And may I just say at this point that the content of “South Park”, at times, is truly unbelievable?

At any rate, I bring this up because this year is about to close with probably more questions about Brian Kelly than when maybe he started two years ago.  Starting with which coach is he – the smart, media savvy one who ‘gets’ ND.  Or the purple faced one afflicted with Tourette’s who blurts out divisive public comments about his upper class – and starts a QB so patently imperfect for his offense?

Damned if I know. But I think you can take this to the bank:  short of a PSU-like scandal, he’s our guy for the next three years.  And I, for one, still think he can do it.

But if Rees plays more than a half of that bowl game, I will be revising my opinion.

Nonetheless, congrats to the Team 8 realists, especially back-to-back winner Alvin, who clearly saw what the rest of us chose to ignore. (I was so sure Jerry’s “A Case For 11 Wins” had a factual basis.)

May I suggest you use your winnings to buy some of the drugs that my brother Kevin was clearly on when he made his undefeated forecast?