“I am a man of constant sorrow,
I’ve seen trouble all my days.
I bid farewell to old Kentucky
The place I was born and raised.

The place where he was born and raised.

For six long years I’ve been in trouble,
No pleasure here on earth I’ve found
For in this world, I’m bound to ramble
I have no friends to help me now…”

Last Saturday’s disappointing game, its Tobacco Road venue and subsequent non-ND events of the week being what they are, the theme of a very sad, steady state to college football pervades all.

Many of you may recognize this week’s offering as the  featured song from the Coen Bros.’s 2000 film, “Oh Brother Where Art Thou”.  If you knew that, you probably also know that the plot, set in the Depression era deep south, is essentially a re-telling of Homer’s Epic poem, The Odyssey.  The obvious metaphor here is that of a journey and as much as one could spend serious time on seeking deeper artistic parallels for Notre Dame football, maybe there aren’t any in this case.  Sometimes, as they say, a cigar is just a cigar.

Who am I kidding?  I’d have nothing to write about if I didn’t seek dubious connections between Art, the Cosmos & ND.  Take another journey movie, The Wizard of Oz,  for example.  While some see the film as the most commonplace of tales - two chicks trying to kill each other over a pair of shoes - I see Notre Dame metaphors all over the place!  To wit:

·         Uh oh, D-line getting pushed around. Stanford is going to have a field day.
·         Beyond Teo, our LB’s are a serious disappointment.  Any opponent can (apparently) run shallow crossing patterns on us all day long.
·         The only person who would call our kick off team ‘special’ would be Jerry Lewis. Maybe he’ll throw us a telethon.
·         Demon Deacons?  More like Demon Dicks. As mouthy as Wake is, apparently class is not necessarily correlated with education and graduation rates.
·         Tommy should never EVER throw on the run. Nothing good ever happens.  (Isn’t that right, TJ Jones?)
·         Michael Floyd may be our best player but I might vote for Jonas Gray as MVP – the value he’s provided, especially as keeping defenses from loading up on Tommy, is remarkable.
·         Terrific TD pass to Floyd. But it must be pointed out, it was thrown into double coverage.
·         Terrific 3rd down catch by Goodman.  But it must be pointed out, it was thrown in double triple coverage.
·         I love Robert Blanton.  Week in and week out, no one is more consistent. And lower profile.
·         Why don’t we attack more on defense?  Being passive sure doesn’t seem to get us anywhere.
·         WR’s (and I’m talking to you, Wake Forest):  Be Like Mike. Who catches the ball and simply goes back to the huddle.
·         Officiating. God awful.
·         All you need to know about Kelly’s confidence in Rees is running it on 3rd and 10 from our own 15.
·         7-9-19.  Terry’s combination lock to his prized Schwinn bicycle?  Nope – it was Saturday night’s front line of Tuitt – Nix – Lynch.  And boy, are these guys going to be good in another year.
·         Having switched back and forth to LSU-Alabama, I’d have to say Kelly is on the right path by emphasizing front 7 defense in his recruiting.  Those two teams play on a totally different level, defensively.

If Saturday’s Game was a movie poster, it’d be… “Full Metal Jacket ”

“Viet Nam Can Kill Me But It Can’t Make Care.”

If any team can suck out the will to care, it’s this one.  They consistently disappoint, against virtually every team that isn’t a military academy.   Watching Wake Forest (and their mouthy bunch of 2nd tier athletes) was physically painful.  Why do I watch this, devoting a decent Saturday night to this masochism? Shoot me now and just put me out of my misery.  Thank God, our apartment had Macallan.

Used in a sentence…  The hubris displayed by college coaches, who think themselves bigger than the universities that employ them, has reached a dangerous level. 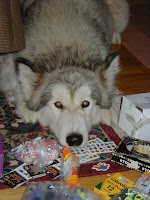 This week was an easy one. Tommy threw 2 picks – so not this week, Alvin.  No one on the defense looked all that stellar especially w Manti seeming to either not be playing or invisible due to that reoccurring high ankle sprain.  Enter the key sub of the game – Mike Golic, Jr.  Now, for the record, I don’t even like his dad all that much and I certainly thought nepotism was in full bloom when Weis gave him and his brother their scholarships 4, 5, 6(?) years ago…  but having witnessed ND’s recent QB-center exchange problems to disastrous effect, when Braxton Cave went down, I was pretty sure we were in deep shit.  But he played pretty flawlessly from Snap #1 and kept that aspect of the offense humming along without missing a beat. Which is good because now that the Cave Man is out for the rest of the year, he’s going to have to do it four more games worth.

Schadenfreude of the Week
·        Michigan.  Here’s the deal with Michigan – I know most of you hate ‘em.  Currently, I don’t.  Moreover, I think, football-wise, they’re basically the same program as ND with just a different scheduling strategy.  They loaded up on home games and MAC conference teams in the beginning of the year, now they’re playing teams that are actually competitive and it’s showing.  Don’t be surprised if we both end up with the same record when it’s all said and done.
·         Nebraska.  What is it with their whole Black Shirt thing? Your team color is red.  Don’t you have even a rudimentary grasp of the primary color wheel?  No wonder Northwestern beat you, they probably asked you math questions at the line of scrimmage.  And it should be noted that Pat Fitzgerald, Northwestern’s coach now has more signature wins than Weis & Kelly combined.

·         ‘Bama.  Bet you wished you put more effort into your kicker recruiting, ‘eh Nick?  But at least you get to lay claim to having participated in arguably the most boring Game of the Century Ever. (And for the record,  Ara got vilified back in ’66 for having the same end-of-game strategy you demonstrated.  Except he had the defense of having no starting QB or tailback.)
Terry’s Tool Time.
·         Penn State.  I think everyone knows that I’ve never been a particularly big fan of Joe Paterno – mostly because a) he’s always been a complete douche to Notre Dame and b) he blew through octogenarian status with a (now tragically ironic) attitude of “I’ll do and say whatever I want, whenever I want because I’m JoePa.”  Having never experienced his legendary largesse to PSU, he remains, to me, a Grade A tool. Now he’s a Greek tragedy.  And calling everyone involved in the Jerry Sandusky scandal a tool probably does a disservice to tools everywhere. The descriptors for Penn State’s hierarchy in the Sandusky case run more along the lines of sordid / grotesque / vile / monstrous.

That all said, two thoughts almost simultaneously ran through my mind for your consideration:

a)      “But For The Grace of God There Goes I.”  If Kay Corrigan ever had a go-to expression, this would be it. It would be worth everyone taking a nano-second and recognizing there could be any variety of athletic department predators on any campus, including (maybe especially, ND).

I’ve re-attached the Grantland article that was sent around because I think it’s so relevant. Look how the author describes his friends – that’s us.  Passions run so high about sports programs, college and professional, and the ability to lose perspective not only isn’t difficult, it’s become part of many schools’ culture.

b)      “Power corrupts. And absolute power corrupts, absolutely.”  My daughter Shea shared this w me when she was in about 6th grade, no doubt after having sat through a European history lesson. I thought it cute at the time. Not so much, now, in this context. But it’s why (I think) ND has a much lower chance of the cover up aspect of this story ever happening.  When a coach – or a program (I’m looking at you, SEC) – becomes so all-encompassing important that the university presidents can’t control ‘em or worse, have their actions influenced by them, one has a major problem.  I’m not sure the days of the football coach despot (Nick Saban, Bob Stoops?) are yet over but if this doesn’t serve as a wake-up call for college administrations all across the country, nothing will.

At  any rate, you can now add “Happy Valley” to your list of tragically ironic oxymoron’s.

The concert was billed as “a recreation of the celestial sounds of 17th Century Italian and Mexican convents…” with the performers all in black (so you knew they were serious artists), playing obscure musical devices that looked more like medieval tools you’d find in a museum.  Although to be fair, not a museum anyone on this distribution list would likely go to (unless perhaps they used the instruments as weapons during the Crusades).

At any rate, the music was truly operatic, with the high point of the evening being an especially riveting tale involving a group of travelers who, while stopping for dinner on their pilgrimage, had one of their pork chops stolen by a dishonest inn employee.

What to do?   The group prayed to The Virgin Mary and lo, the missing chop was discovered in a nearby drawer. Which the group, in honor to Mary, subsequently tied up on a rope and hung on an altar dedicated to her.

For those wondering, the song didn’t address whether shafted Diner #9 received another entrée or if he even ate at all.  But that’s not important.  The point is this:  Notre Dame Football 2011 seems to be a pork chop light right now. Maybe more than one.  That doesn’t mean we won’t find them. In a drawer. Dried out and inedible. But still worth some residual value.

But we have to keep looking, this week in Washington, D.C.

Any reasonable person would look at the schedule and say The Wager will surely come down to the Stanford game to see if the 9’s (Team Glass Half Full) or the 8’s (Team Glass Half Empty) win the pool.  But when has Reason had anything to do with this football program?  So we may still be donating the pot to charity… This week’s game could likely match two of the uglier uniforms (outside the state of Oregon) you’ll ever witness – to see who passes out faster from design overdose / epileptic seizure.