As you all know from your elementary school Greek studies courses, the Sirens were dangerous seductresses who, with enchanting music and hypnotic voices, lured nearby sailors to shipwreck on the rocky coast of their island. In actuality, some kind of freakish bird-women, they’re often portrayed – or perceived – as alluring mermaids. But sometimes they appear like really, really bad college football teams.  In either case, one would be wise to not take them literally. Instead, accept them for what they are – a trick of the mind and move on to the next island or, in ND’s case, the next football opponent without drawing too many hard conclusions about the ascendant state of the program.

1   : characterized by routine or superficiality : mechanical <a perfunctory smile>
2   : lacking in interest or enthusiasm

Used in a sentence…
Tommy Rees delivered a perfunctory performance that should not be perceived as indicative of any greater future potential.

Origin of PERFUNCTORY
·         Late Latin perfunctorius, from Latin perfungi to accomplish, get through with, from per- through + fungi to perform — more at per-, function

Observations from The Game
Stream of consciousness in mostly chronological order…

2nd Quarter
·         Kyle ‘lime shoes’ Brindza is kind of a porker. Either that or he’s wearing Kevlar in anticipation of a southern Indiana sleeper cell threat.
·         David Ruffer misses, again.

If Saturday’s Game was a movie poster, it’d be… Tommy Boy\

“If at first you don’t succeed, lower your standards.” 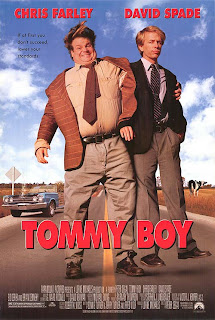 Or in Notre Dame’s case, lower your competition. 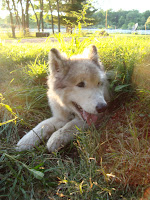 Well, despite his no turnover effort, it’s certainly not Tommy Rees.  (If any Rees, it’d be his hottie little sister who, ALLEGEDLY, got hammered and got in a fight w some Purdue fans. Can you say “Girl Power!”)  And one of these weeks, I gotta award this to Manti whose consistently outstanding play has become so commonplace that one hardly even notices. But I’m assuming he’ll have his day on a bigger stage… so this week, I’m giving it up for the entire Offensive Line. They were dominant.

Schadenfreude of the Week.
It occurs to me that I’ve gotten rather predictable in my nominations here.  One can’t live by celebrating USC, Miami, Ohio State and Michigan’s misfortune every week. Well, you can… but what’s the fun in that?!  So here’s a few unexpected choices:

·         Texas A&M.  14th ranked and you lose to a school whose mascot is a pig. Mike Sherman, you were a mediocre coach w the Packers and you’re a mediocre college coach now.
·         Nebraska.  I love seeing Nebraska lose.  It no doubt has much to do with the historical and highly charged “our livestock is prettier than your livestock” border war… but watching them get taken to the woodshed by Wisconsin was just too great.  Welcome to the Big 10, 11, 12 whatever you call yourselves, Bo.  Which I might add, is a perfect name for someone coaching cornhuskers.

Terry’s Tool Time.
·         Jose Reyes (pro baseball division).  Getting a hit – a bunt single - in the first inning of the Mets’ last game of the regular season, then pulls himself from the lineup in order to secure the batting NL title.  Hmmmm. What would Ted Williams say, the guy who played a doubleheader (and went 6-for-8!)in a similar final game circumstance except it was when batting .400 was on the line! Allow me to speculate:  What a gutless wanker.
·         Tampa Bay Rays fans.  Down 7-0 on the 7th inning to the Yankees, you left the stadium in droves as your team came back in 13 innings.  I bet you lied the next day and told everyone you stayed.
·         John Lackey.  Miserable, dim, finger pointing unaccountable wretch.  And I’m only quoting a Boston writer.
·         Rob Ryan (pro football division). The other village idiot Ryan son who declared that Calvin Johnson wouldn’t even start on his Dallas Cowboys – then got smoked by Megatron (incidentally, what a way cool nickname even I haven’t nary a clue as to what it mean). Lions win, Cowboys lose.
·         E. Gordon Gee (university administration division).  Ohio State’s president declares that OSU is, in fact, ‘the poster child for compliance’.  This despite the fact more Buckeyes continue to be suspended as more cash-for-doing-nada arrangements are discovered.  Huh?

Song of the Week
This week saw my 26th wedding anniversary come and go. And as all of you know, the fair Lisa is not merely my better half, she’s more like my better 9/10…  and what makes this year especially eerie is that this is also Air Force week – the game we blew the afternoon of October 5th , 1985.  So this song goes out to Lisa Ann Minnella and all of the wedding day’s enthusiastic revelers…  Nick Lowe’s “I Knew The Bride When She Used To Rock and Rolll”… 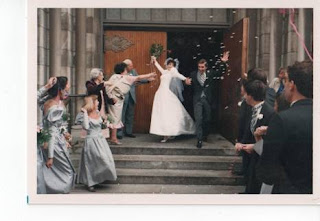 I have a friend in Romania, we’ll call her Paula. Because that’s her name.  She’s young, pretty, personable.  And posted this on her Facebook wall this week:

It would seem that Paula may be one of my Power of Positive Hating disciples without my even knowing it.  And by the way, happy anniversary, Paula.

Speaking of not-so-positive hating, I’d encourage everyone to check out the Alex Gibney documentary on infamous Cubs fan Steve Bartman, “Catching Hell”.   It’s pretty incredible.  As you all may recall, Steve (and like, six other fans) went for a foul ball during a critical juncture at a 2003 playoff game that could’ve… would’ve…should’ve sent the Cubs to the World Series. Moises Alou doesn’t catch the ball (and it’s not clear he would’ve anyway) and with 5 outs from reaching the WS for the 1st time since 1945, the Cubs collapse. Talking about being Destiny’s (unfortunate) Play Toy.  Nice guy. Wrong Place. Wrong Time. And humanity’s ability to be scary mean over a mere sporting event is astonishing, shameful and sad.

But in tribute to Steve – he is a Domer - I say we blame the ND football curse on him too. Why not, what’s one more war crime?

Don’t be deceived by the Purdue game.  They’re probably the worst team we play all year (though I am still holding judgment on BC). The Air Force game is huge. And by the way, whoever put the spread at ND +16 pts. is on drugs. Take the Zoomies and the points!