The year was 1981 and Life in Chicago was filled with the optimism of young adults whose greatest pressure was where their disposable income got spent on the weekend.  Durkins?  Four Farthings? Rush & Division?  It was in that carefree milieu that masters Corrigan and Perez regularly went to the movies.  On one of these occasions, a cinema on North Clark St., long since gone, was playing David Lynch’s “Eraserhead”…

The key players in the film:


Yikes.  This was Mr. Lynch’s first cinematic effort and it’s worth noting the ‘vision’ was inspired by his time spent living in Philadelphia.  Disturbing? Check.  Polarizing? Check.  Baffling? Check.  I still remember Jerry’s first words coming out of the show, “I think that was experimental…”

So what does any of this have to do with arguably Notre Dame’s best performance of the year?  Simply this:  ND was so effortlessly good on offense that like that Eraserhead viewing, I found myself wholly unsure of what I was actually watching.  Was this real or just a really, really vivid hallucination?

1.  existing outside of nature
2.  exceeding what is natural or regular : extraordinary
3   inexplicable by ordinary means; especially: psychic

Used in a sentence…
Notre Dame displayed a preternatural ability to score at will against the undersized, outmanned Air Force defense.

1st Quarter
•     AFA fumble after running for like, 20 yards. ND recovers. Whew! Are we finally seeing The Great Cosmic (Turnover) Balance?
•     An Andrew Hendrix sighting!
•     Tommy shows touch.  Just what the hell is going on here?
•     AFA looks scary on offense; we might have to score every time we get it.
•     Talk of Breast Cancer Awareness month and a cut to Carlo Calabrese’s mother in the crowd.  She looks like she could play today.
•     Where did this creative play calling come from?!
•      Hendrix throws. On the run.  Complete.  Is that even legal?
•     ND’s ‘O’ is a... juggernaut!
•     Manti crushes an AFA misdirection play. Cue up the “Won’t Get Fooled Again” tuneage.

Halftime
•       Doug Flutie needs a haircut.
•       All this talk of Theo leaving. Coming to the Cubs. I thought he was happy at Gramkow & Carnevale.
•       Albert emails w questions of appropriate drinking game protocol.  How times change – he, the original “it’s better to beg for forgiveness than ask for permission” guy, now asking for alcoholic intake guidelines.  But it gets my mind to wandering… it was about a year ago this time when I discovered Margarita-In-A-Bag. And her evil twin, Mojito-In-A-Bag.  Ah, good times.

3rd Quarter
•     We are consistently awful covering the option pitch

*to be revised based on actual playing time and productivity.

•     Bonus: this game is playable w a wineskin in the stadium!

4th Quarter
•     From the man who brought you The Lone Sniper (to cut down on excessive celebrations) and Celebrity Punt Returner, my latest game day innovation:  tired of seeing coaches and players bitch after every call?  Navy Seal Referees.  I think that’ll stop the nonproductive chatter.

If Saturday’s Game was a movie poster, it’d be… “Dude, Where’s My Car?”

“After a Night They Can’t Remember, Comes A Day They’ll Never Forget” 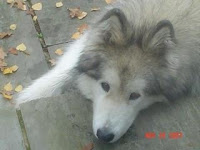 Jamoris Slaughter certainly deserves consideration. That first strip / fumble might’ve been as important of any turnover the team needed.  And frankly, I’m betting Jamoris probably isn’t going to be a candidate all that many times again… but THE BUDDY is not a charity and I bestowing this bad boy on Jonas Grey.  Seriously, for a person who could not have humanly started the season worse, he’s been a total revelation in how he’s not just ’hung in there’ but has actually been really good.  Cierre’s probably the better back but man, I don’t think the gap is all that big. On a Saturday when virtually everyone played stellar on offense, he may not have had the very best stats but I thought he was a pivotal difference maker.  Plus, he’s from Detroit and this seems to be their week.

Schadenfreude of the Week.
So much for going off pattern with my choices:

•    Florida State.  The good news: they’re 2-3 and all those recruiting raves they’ve gotten are ringing pretty hollow. The bad news:  Wake Forest is not looking like quite the cupcake we once thought.
•    Ohio State.  For you, I’ll make an exception and cheer for Nebraska.
•    Texas.  Not for the obvious reason – have I made it clear that I think Mack Brown is the most over-rated coach in the US? – but because Bob Stoops made no bones about absolutely drilling these guys if he got the opportunity.  He got the opportunity. I wish we had a little more of that nastiness in our mentality, especially this week.
•    Florida.  In big games now, you’re not even competitive. How much you paying Charlie?

Terry’s Tool Time.
•    SEC refs.  Perhaps you saw LSU execute the perfect fake punt against Florida. Punter goes off the left side untouched for a TD except that at about the 5 yd. line he raises he arms – not even about head but to shoulder level – and gets flagged for a… wait for it… celebration penalty.  Unbelievable. LSU scored anyway but how many times does a punter get to score?
•    NCAA.  You find Auburn not guilty?!  After 13  months and having 4 former players come forward, you find Auburn not guilty of any major violations?  Wow.  Columbus, OH just got a little more optimistic.
•    Brett Favre.  A week late but I can’t let this pass:  Kiln MS’s #1 son tells a reporter that he thought Aaron Rodgers was handed a fully loaded team and wondered why he hadn’t won a Super Bowl sooner. Brett, you shrink in Packer nation’s estimation every time you open your mouth.
•    Philadelphia, the city.  The Eagles are 1-4 and the Phillies are, well, irrelevant.  Got any Dream Team t-shirts for sale cheap?
•    Brandon Kelly, aka Weiner Boy.  The 31 year old who threw a hot dog at Tiger Woods, an act inspired by the movie “Drive” (which now I gotta see). Mr. Kelly viewed the act as ‘something courageous and epic’.  A hot dog.  Really? I weep for our country if this is what now passes as gallantry.

Song of the Week
While I have long known how Hell will ultimately be dimensionalized for me (eternity spent watching a service academy run through us like a hot knife butter and not being able to hate them ‘cause when they get off the field THEY’RE DEFENDING OUR COUNTRY), I wasn’t sure what heaven might look like… until Saturday watching the offense just play pitch and catch, run for big chunks of yards and generally impose their will for 60 minutes.  As so I offer you, the Talking Heads’ “Heaven” – an almost dream-like song that captured for me the wholly unfamiliar feeling of comfortably watching our ‘O’ last weekend.

There is a party, everyone is there.
Everyone will leave at exactly the same time.
It’s hard to imagine that nothing at all
could be so exciting, and so much fun.

Heaven is a place where nothing ever happens.

Non Sequitur of the Week
Al Davis, RIP.  A true industry giant who distinguished himself through:

Go back to the definition of preternatural and note that it’s synonyms are both ‘extraordinary’ and ‘atypical’.  Bring on USC and let’s find out which applies.  But having watched SC play last night, we may never play a more beatable team than this year’s Trojan.

See everyone in Lot A!