Actually, there was a 3rd thought (“there ‘s got to be something I can be doing better with my time”).  Nonetheless, my mind wandered to a book read long ago, “Marabou Stork Nightmares”.  Written by the Scottish author Irvine Welsh, whose earlier book ‘Trainspotting ‘ was made into a film of some relative cult popularity.  Mr. Welch writes in the Scottish dialect (making it a bitch to read) and almost exclusively about the drug addled dregs of Edinburgh society. This book is no different – the entire book is written from the perspective of a protagonist in the midst of a two year coma.   For this poor loser, everything in the external world is a hellish unending series of dysfunction and disappointment.  But Life ‘internally’ for Coma Boy is, however,  quite… idyllic.  I won’t give away anything more about the book  - I can see most this group racing to buy or download  - but the parallels to my relationship to Notre Dame Football 2011 are inescapable

Another interesting LIFE MEETS ART occurrence happened this week:  a heretofore unknown cinematic effort from Alfred Hitchcock was discovered in… where else… New Zealand, a 1924 silent film called “The White Shadow” (not to be confused with the 2nd Greatest TV Show Ever*, starring Ken Howard as a former NBA star who chooses to coach at an inner city LA high school and all sorts of life lessons are learned, including but not limited to racial / cultural empathy, while winning basketball games and ultimately scoring college scholarships.)

Hitchcock.  The White Shadow involves two sisters, one ‘angelic’ and one ‘without a soul’. The plot has been charitably described as improbable with soul migration back and forth and all kinds of ridiculous meetings.  Unfortunately – or maybe not – only half the film was unearthed, leaving the effort frustratingly incomplete and unsatisfying…  see where I’m going with this?

1  a state of mental and motor inactivity with partial or total insensibility b: a state of lowered physiological activity typically characterized by reduced metabolism, heart rate, respiration, and body temperature that occurs in varying degrees especially in hibernating and estivating animals

After an entire game of turnovers, penalties and poor execution, Terry could only greet the victory with a resigned fatalism that barely lifted him from the 3 ½  hour torpor.

v  My patience w Rees has reached its tipping point. Yes, he’s a sophomore but spare me the Brady Quinn, Jimmy Clausen INT comparisons – he’s not getting better.  And we have, now, nine games worth of  data points?  He’s the son of a coach, as if that’s supposed to imbue him with some preternatural on-field intelligence. But he looked easily confused yesterday, locks on receivers and throws constantly into coverage. When he’s forced outside the pocket, the probability of success drops by 80%.  Conservatively, he could’ve been picked at least an additional 3x yesterday – remember that was the 2nd worst passing defense, statistically, in the country.  His arm is not as strong as he apparently thinks it is.

v  Q1 highlight was the All-State commercial. Mayhem: “I’m a ref being chased out of town – you forget one down and the whole stadium turns on you…”
v  Wonder if the ad agency s working on its Tommy Rees version yet?
v  Pitt brings in a freshman walk on QB, at their own 12 yard line.  Huh? What, are we a charity now?
v  Terry really misses the pre-game tailgate.  This game should not be watched sober.
v  Turk contributes through an excellent acting job on that roughing the kicker call.  I’ll take it. I’m not proud.
v  Our running game is legitimate.  And Jonas has some wheels.  So far, a pretty nice story for him of personal redemption after the year’s disastrous start.
v  Beyond the obvious reason, Floyd’s going high in the draft next year because the guy is a beast as a blocker. He obliterated that guy on Gray’s TD run.
v  Even when Gary Gray gets jobbed (and his pass interference was a bad call), it was a weak effort.  What happened to that guy? He was good last year.
v  Our defense is not bad.  But it’s also not dominant.  Rarely out of position (that’s good coaching isn’t it?) but just imagine how good they’d be if they consistently tackled.
v  Dan Fox is a waste of space at ILB.  And Carlo isn’t a helluva lot better.
v  4th & 20 on their own 10 yd. line; it leads, ultimately to a TD.  What happens when the surreal becomes the commonplace?
v  Pitt has given everyone the blueprint for how to beat ND:
v  Double Floyd.
v  Pressure the bejesus out of Rees
v  Throw jump balls at Gray all day long.
v  That said, the way you beat that, I think, is burning them w other players.
v  The announcers – dull but accurate.  With the notable exception of Chris Spielman saying during a Pitt 3rd and long, “I think Notre Dame likes it’s DB match ups w Pitt’s WR’s…”
Uh, Chris, are you watching the same game I am?!

If Saturday’s Game was a movie poster, it’d be… The Terminator

Up to you what The Thing is but I’m pretty sure the nightmare isn’t anywhere near ending. 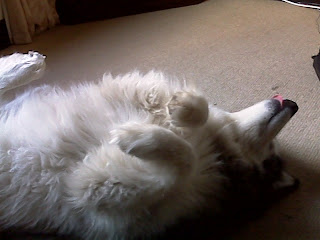 Up until half way through the 4th Quarter, there wasn’t going to be a Buddy award winner – I won’t cheapen his memory with a gratuitous honoree (sorry, Jonas, but one long run, especially when it’s not a game winner, does not a Buddy Award winner make).

But then, Tyler Eifert stepped up. It took Tommy two quarters to look his way much but he became the go-to guy on seemingly every important throw, even when he was surrounded, and held on.  TD!  2 pts!  Woo hoo!  Nicely done, Mimicking fellow Hoosier Jeff Samardzija in hair and clutch performance, the stud TE heritage at ND continues.

Schadenfreude of the Week.
·         Florida State.  You’re kind of the Florida state equivalent of Notre Dame (great recruiting classes, epic disappointments whenever they play anyone of reasonable competence) so I should probably choose my words carefully but… you got shredded by a freshman QB and once again, came up short.
·         USC.  Lost badly, never really challenged  and in doing so, looked as Lili von Shtupp might say...
·
Maryland.  The Terps aren’t really an appropriate candidate, though one could argue their uniforms do represent a Crime Against Humanity, but I wanted an excuse to give a shout out to the Temple Owls!  Woo hoo – well done!  That match against ND in a few years begins to loom ever larger. And when that time comes, I’ll be the first one to whine about  Notre Dame’s inability to schedule proper patsies. (Maybe Swarbrick thought he was scheduling actual owls, like PSU.)

Terry’s Tool Time.
·     Big East officials.  I suspect the University of Toledo Rockets don’t have many opportunities for season (or maybe program) defining victories. And Saturday should’ve been a candidate.  Except when the Big East game officials blew a missed PAT call by the opponent’s (Syracuse) kicker.  Replays show it wasn’t even particularly close. The game goes into OT and the Rockets lose. Ouch.


·    Jerome Simpson. Tool or Fool?  This Cincinnati Bengal WR was arrested this week after he had shipped to his house 2 ½ lbs. of weed.   Unfortunately, the police were there to help Jerome sign for the package. Once that little legal door was open, the authorities found another 6 lbs. of Columbia’s finest in his house.  There is no truth to the rumor that Jerome showed a medical marijuana card as justification…

·    Penn State.  You played and apparently beat convincingly, EMU.  Emu, isn’t that an Australian bird?  JoePa, I know you’re teetering on the brink of full-on senility but if you’re going to go the animal route, couldn’t you at least pick something more familiar with American football?

Song of the Week
As many of you may have seen, the prototypical indie, college 80’s band, R.E.M., called it quits this week, after 31 years and earnings well north of $100MM.  Before they started celebrating shiny, happy people, they were awfully good. And their parallels with Notre Dame football are weirdly similar:  iconic with their consistently best days ending somewhere around the late ‘80s /early ‘90s.

Give a listen to “Begin The Begin”, a 1986 rocker from their “Life’s Rich Pageant” album that, in equal parts is full of earnest emotion and unfathomable meaning. Again, just like the Irish.

“Answer me a question I can't itemize
I can't think clearly, look to me for reason
It's not there, I can't even rhyme here in the begin…”

Don’t ask me why I thought of this… my mind as seeking any refuge during that game. Notre Dame Classes That Changed My Life:

Freshman:    Calculus.  Terry meets Spittler and learns all pre-med majors aren’t total tools.  If it wasn’t for Bob (and an really nice TA named Joanne), I don’t survive a 1st semester freshmen curriculum that couldn’t have been more poorly suited for me.

Sophomore:   Art History.  Terry discovers the seating in the Library auditorium is amazing comfortable (and conducive for napping when the lights dim and the slide shows begin).

Junior:            Robinson’s Creative Writing.  Castellini and a class full of senior ND women who took      themselves waaaay too seriously.  Can you say ‘combustible’?

Senior:            Personal Finance (at SMC).  As if a semester w Splendore in the class wasn’t notable enough, studying for the final at The Linebacker, then bringing a support group with me to the actual exam.  It seemed like a good idea at the time. My last test at ND. For good reason.

This team will go as the QB goes.  That isn’t meant to be a comforting statement.  Every week that passes with up and down mediocrity, I’m more convinced Tommy is not The Answer.  But Kelly is surely in a bind.  He clearly has no confidence in Dayne and the other guys apparently aren’t ready.  When do you make a change?  An injury?  Another loss?

I’m not optimistic.  Unless something (or someone) changes, 8-4 is looking to me like best case.